The Return of the Unknown Soldier 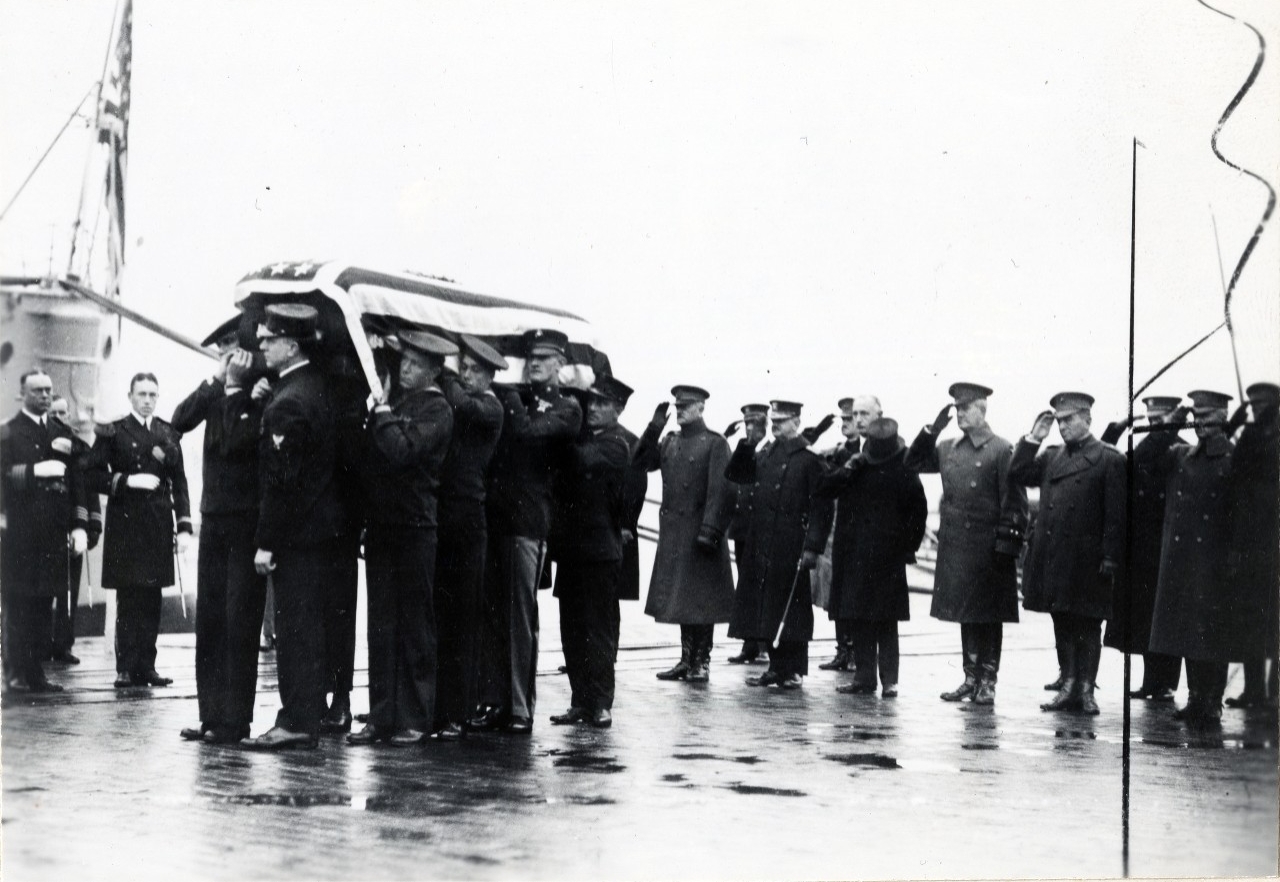 On 9 November 1921, Marines and Sailors lift the body of the Unknown Soldier as the funeral party disembarks USS Olympia (CL-15) at the Navy Yard, Washington, D.C., after its trip from Le Havre, France (NH 114201-D).

On 11 November 1921, the remains of an unidentified Soldier from World War I were laid to rest in a specially constructed tomb in Arlington National Cemetery. The interment marked the culmination of a sequence of events that had been set into motion by a congressional resolution eight months previously. The U.S. Navy was to play no small part in these. Exactly 100 years later, on 11 November 2021, the Navy joins the other services in commemorating the return of the Unknown Soldier from the desolate battlefields of World War I's Western Front to his final resting place, which has become a site for reflection, remembrance, shared sorrow, and understanding. NHHC held a 100th anniversary symposium and commemoration at the Washington Navy Yard on 9 November 2021.

"Final Voyage Home," detailed essay by Wesley Schwenk of NHHC's National Museum of the U.S. Navy, with images providing unique coverage of the unknown soldier's last voyage and interment. drawn from NHHC's Photo Archive and the Library of Congress.

U.S. Army: Commemorating a Century of Honor—The Tomb of the Unknown Soldier at Arlington National Cemetery, 1921–2021

Society of the Honor Guard, Tomb of the Unknown Soldier