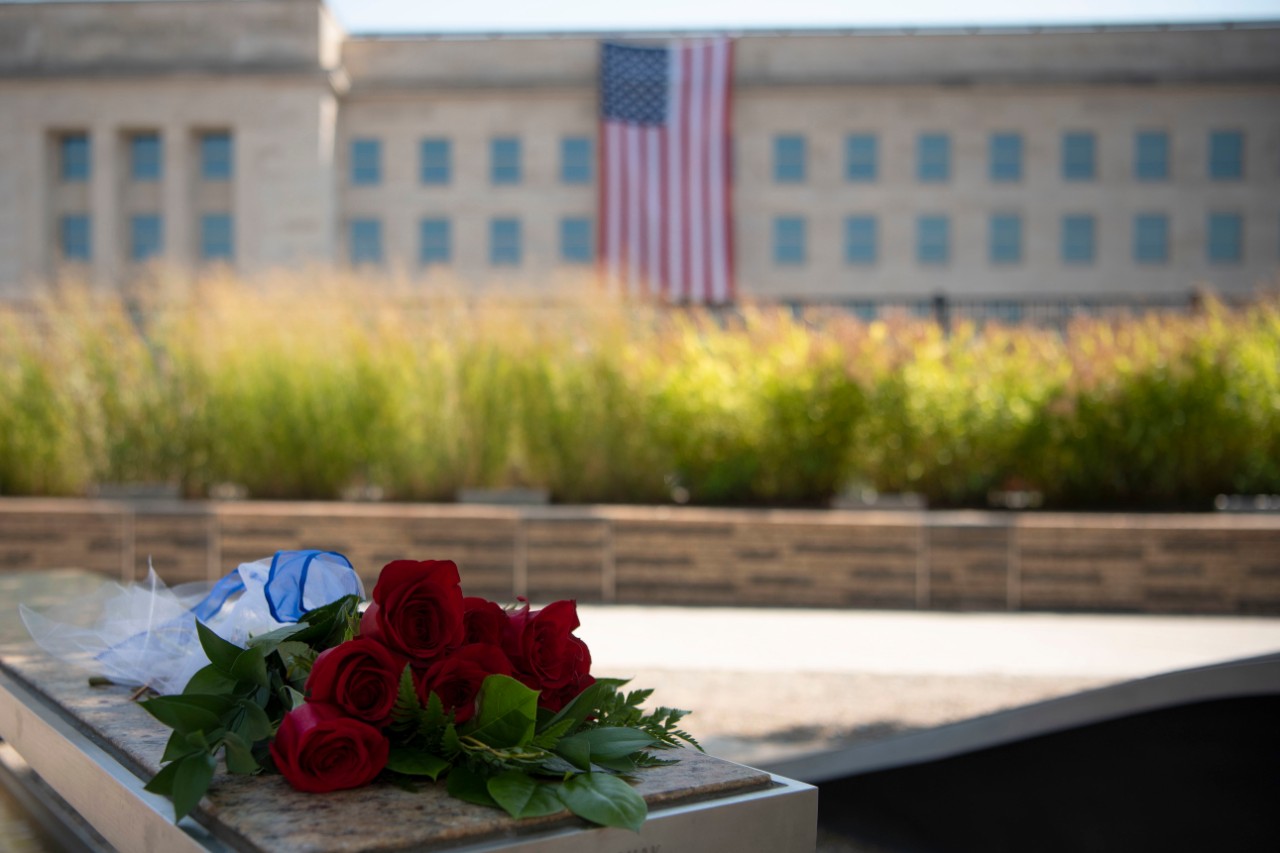 On the morning of Sept. 11, 2001, 19 terrorists from the Islamic extremist group al Qaeda hijacked four commercial aircraft and crashed two of them into the North and South Towers of the World Trade Center complex in New York City. A third plane crashed into the Pentagon in Arlington, VA. After learning about the other attacks, passengers on the fourth hijacked plane, Flight 93, fought back, and the plane crashed into an empty field in western Pennsylvania about 20 minutes by air from Washington, DC. The Twin Towers ultimately collapsed, due to impact damage and subsequent fires. Nearly 3,000 people from 93 different countries were killed. Most of the fatalities were from the attacks on the World Trade Center. The Pentagon lost 184 civilians and servicemembers and 40 people were killed on Flight 93. In commemoration of the worst attack on American soil since the Japanese attacked Pearl Harbor and the extraordinary heroism displayed on one of America’s darkest days, NHHC has updated The 9/11 Terrorist Attack page to include oral histories, artifacts, graphics, and much more. NHHC has also added a commemoration toolkit that provides communication and event planning resources to assist commands and units across the Navy to commemorate the 20th anniversary of the attacks. In addition, NHHC’s Deputy Director Patrick Burns is scheduled to share his recollections from his time at Ground Zero tomorrow, Sept. 8, at 11 a.m., at the National Museum of the U.S. Navy. At the time of the attack, Burns was director, Fleet Support Services New York City. 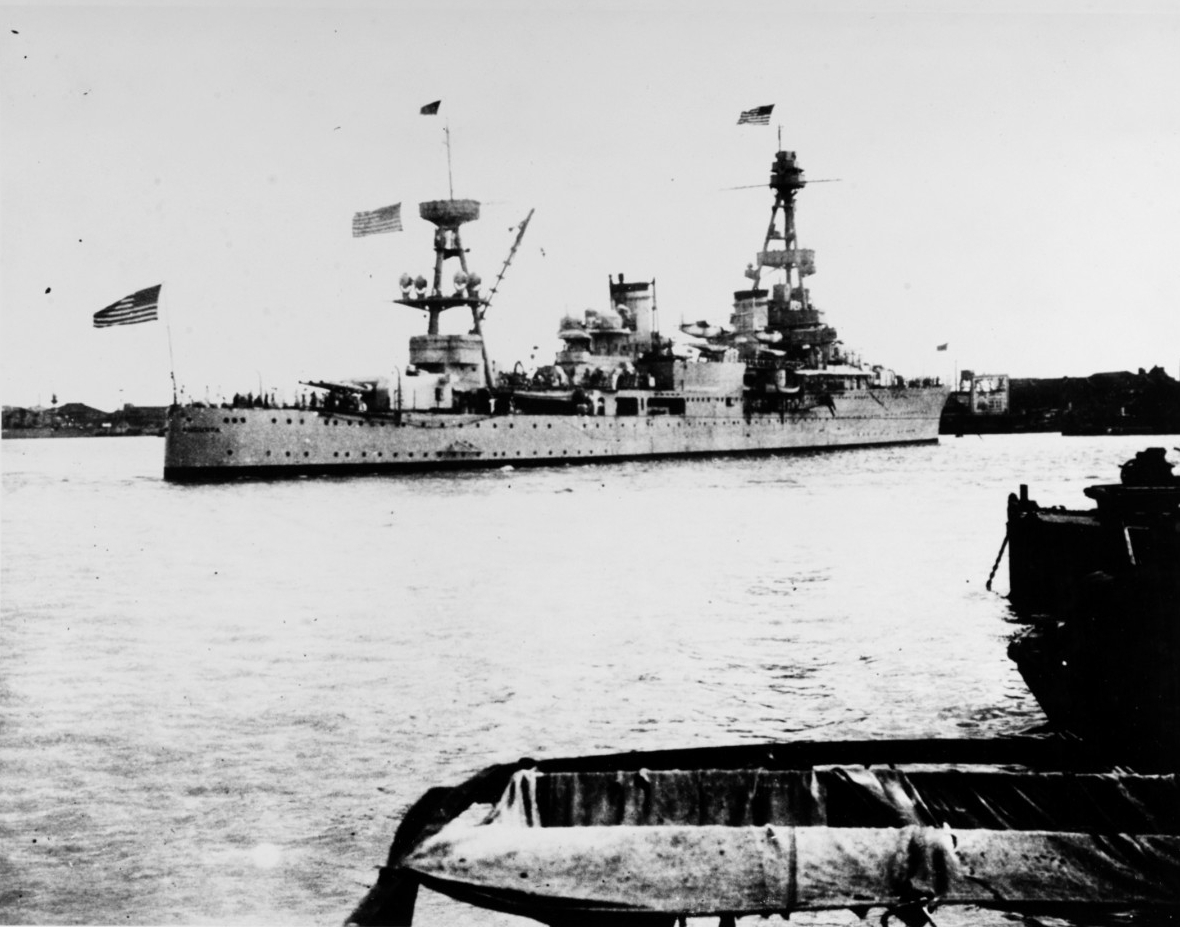 On the evening of Aug. 20, 1937, Seaman First Class Freddie Falgout was searching for a seat for movie night onboard USS Augusta. The ship had arrived off Shanghai a week earlier and was moored on the Huangpu River. A humanitarian crisis was underway, caused by the war between China and Japan. The crisis had taken the lives of hundreds of civilians, including four Americans, and the ship was evacuating American citizens and refugees. Despite the United States neutral status, the Sailors of Augusta were well aware of the risk of being in close proximity to the Battle of Shanghai after the Chinese air force had accidently dropped two bombs that landed just off Augusta’s starboard bow. More than likely, the crew didn’t realize they were witnessing the dawn of World War II. However, crewmembers of the ship were still filling seats on the well deck for movie night. At approximately 6:40 p.m., a misdirected antiaircraft shell landed in the midst of a group of Augusta Sailors. After the shell exploded, 17 were wounded and Falgout was instantly killed. When the news of his death spread throughout the United States, overwhelming national attention immediately followed. More than 10,000 people attended his funeral at his hometown of Raceland, LA. For more, read the blog by NHHC’s Colleen Carrigan at The Sextant. 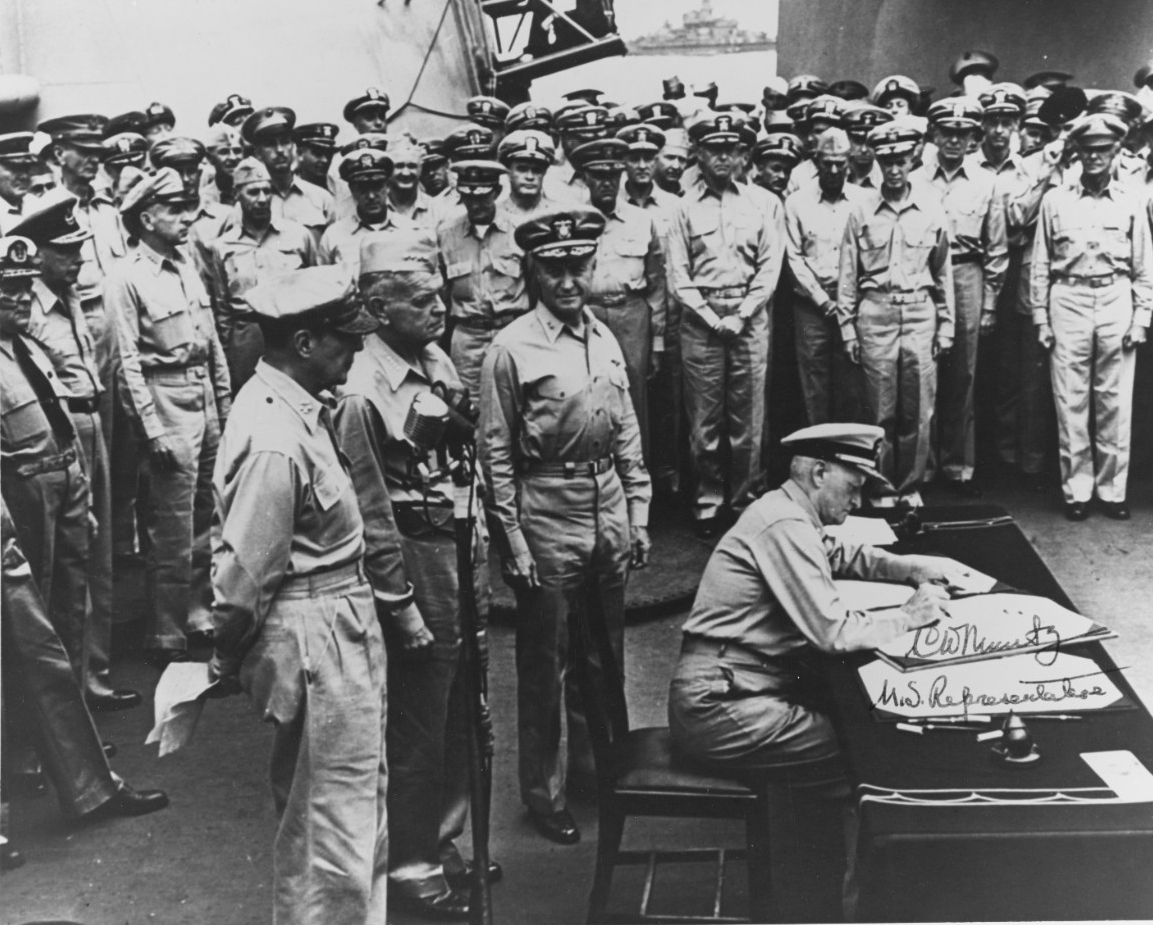 On Sept. 2, USS Missouri hosted a commemoration ceremony to celebrate the 76th anniversary of the Japanese surrender and the official end of World War II. The Instrument of Surrender was signed by officials from the United States and Imperial Japan aboard Missouri in Tokyo Bay on Sept. 2, 1945. This year’s commemoration ceremony was held virtually and without guests due to COVID-19 restrictions. It included music by the U.S. Pacific Fleet Band and a presentation by a joint Armed Forces color guard. “As commander of U.S. Pacific Fleet, it is so humbling to serve in the wake of Fleet Admiral [Chester W.] Nimitz and all of the giants that succeeded him, and all of the giants on whose shoulders we stand that served alongside him,” said Adm. Samuel Paparo. “Admiral Nimitz made the very hard decision to send courageous Americans to remote and to difficult places to fight. To our veterans of the Second World War and indeed to all veterans everywhere, we thank you for your unselfish and your heroic service more than seven and a half decades ago.” For more, read the article. 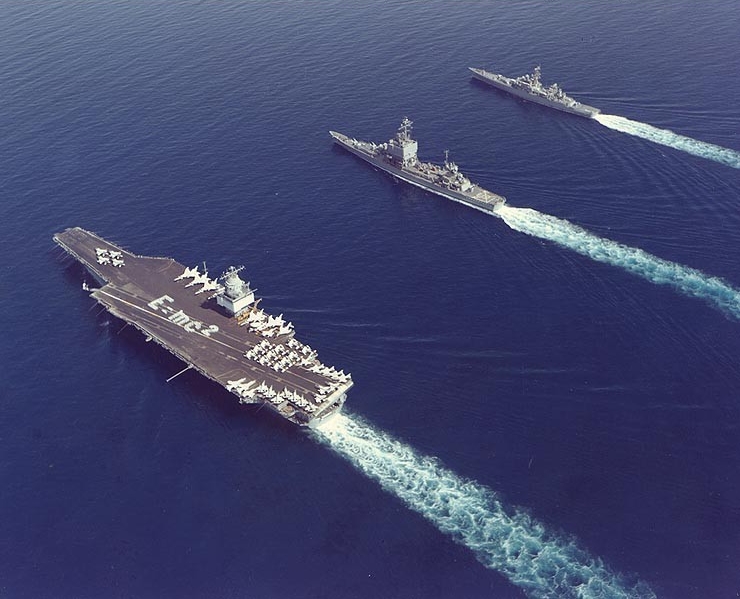 On Sept. 9, 1961, USS Long Beach was commissioned at Boston as the first nuclear-powered surface warship in history. She was assigned to the Atlantic Fleet and was homeported at Norfolk, VA. The cruiser conducted extensive shakedown testing of her complex weapons and propulsion systems from Oct. 2–Dec. 16, 1961. Her performance during shakedown proved the nuclear cruiser was a highly capable and effective warship. In April 1964, Long Beach sailed for the Mediterranean, where she joined USS Enterprise and USS Bainbridge as the first all nuclear-powered task group. The force operated in the Mediterranean testing its unique capabilities until July 31, when it sailed under Rear Adm. Bernard M. Strean from Gibraltar on an around‑the‑world cruise. The cruise—dubbed “Sea Orbit”—was reminiscent of the Great White Fleet’s around-the-world voyage in the early 1900s. During the 58-day cruise, Long Beach steamed more than 30,000 miles at an average speed of 25 knots without being refueled or resupplied. Numerous foreign dignitaries visited the ship during visits off both coasts of Africa and in‑port calls at Karachi, Pakistan; Melbourne, Australia; Wellington, New Zealand; and Rio de Janeiro, Brazil. The voyage proved to people around the world that nuclear power had provided a tremendous increase in capabilities to the U.S. Navy. For more on The Nuclear Navy, visit NHHC’s website. 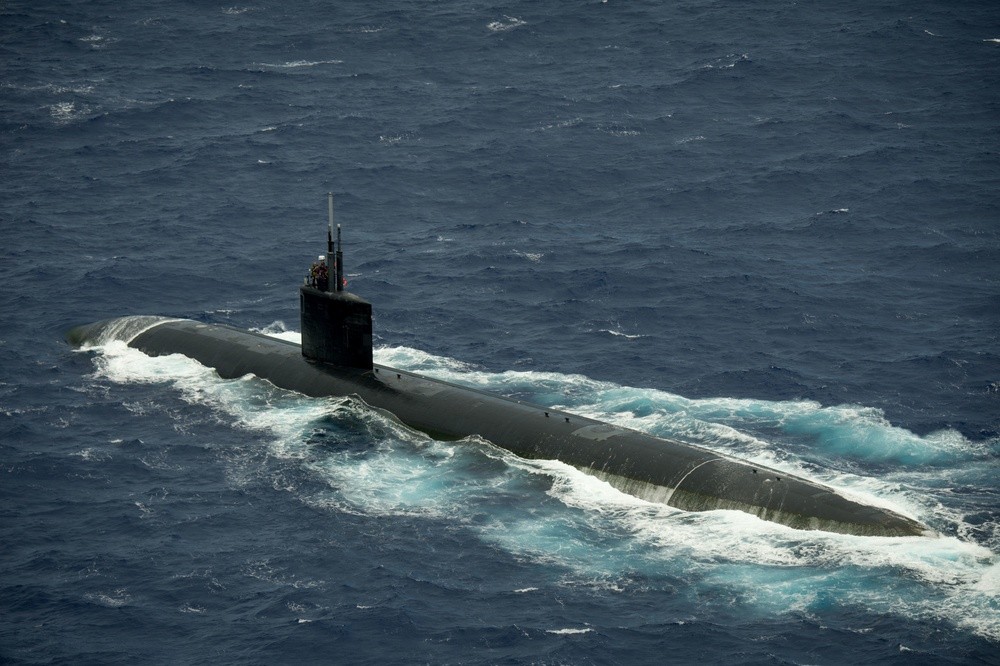 On Sept. 13, 1996, USS Cheyenne was commissioned at Naval Station Norfolk, VA. As the 62nd and last of the Los Angeles–class attack submarines, Cheyenne is the third to be named after the capital city of Wyoming. The first Cheyenne was a converted tug that was originally named Bristol, but was renamed Cheyenne when the Navy acquired the ship in 1898. The tug supported the blockade of Spanish forces in Cuba during the Spanish-American War. The second Cheyenne was a monitor that was commissioned in 1902 and served until 1913, when she was converted to a submarine tender. After the conversion, she assisted in establishing a submarine base and training camp for personnel at San Pedro, CA, before she was decommissioned in 1926. In 2003, the current Cheyenne participated in Operations Enduring Freedom and Iraqi Freedom. She joined 29 other U.S. and British ships and submarines that fired Tomahawk missiles against Iraqi military targets during the opening phase of the operation. Recently, Cheyenne shifted her homeport from Naval Station Pearl Harbor, HI, to Naval Submarine Base New London, CT, joining the ranks of Submarine Squadron (SUBRON) 12. 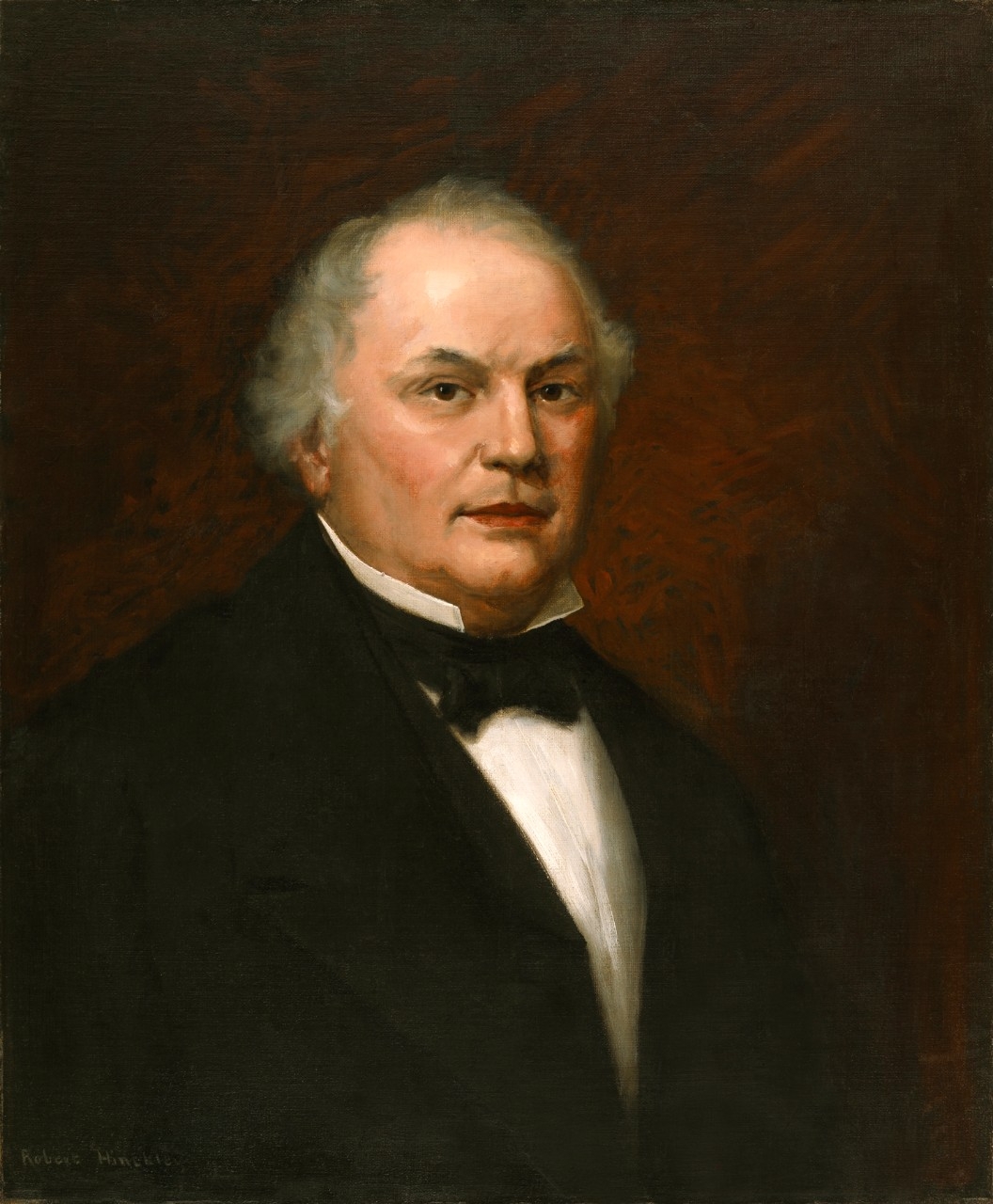 On Sept. 10, 1846, John Y. Mason began his second term as Secretary of the Navy, serving until March 1849. He had previously held the post from 1844–1845. His second term was marked by efforts to sustain the Navy's force in the Gulf of Mexico and the Pacific coast, to construct new steamers, and obtain warships thorough the subsidization of civilian mail steamships. Between stints as Secretary of the Navy, Mason served as attorney general of the United States under President James K. Polk. In 1853, he was appointed U.S. minister to France, where he remained until his death on Oct. 3, 1859. In 1854, while serving as minister and in conjunction with the ministers to England and Spain, he issued the famous Ostend Manifesto, which was justification for seizing Cuba if Spain would not sell the colony to the United States. The document marked the high point of the U.S. expansionist drive in the Caribbean in the 1850s. 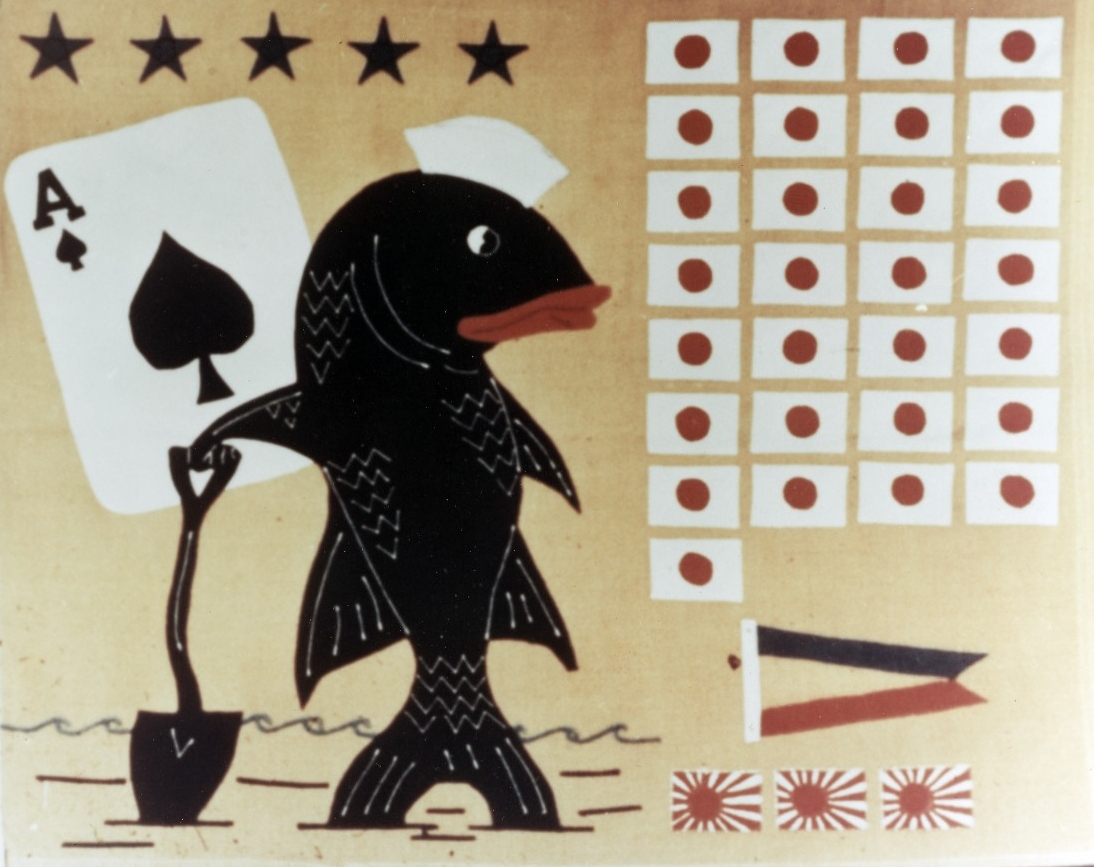 On Sept. 8, 1944, USS Spadefish was patrolling in the waters of Nansei Shoto when the submarine contacted a convoy of eight enemy cargo ships. During a daring night surface attack, Spadefish fired 20 torpedoes, sinking cargo ships Nichiman Maru, Nichian Maru, Shinten Maru, Shokei Maru, and damaging another. The following morning, she fired her final four torpedoes at an escort guarding the stricken ship, but the torpedoes ran under the target. The submarine’s only reward on this occasion was a rain of depth charges from the enemy. Although she was out of torpedoes, Spadefish continued to trail enemy ships. Spadefish terminated her first war patrol at Pearl Harbor, HI, on Sept. 24, having sunk six enemy ships for a total of more than 31,500 tons. 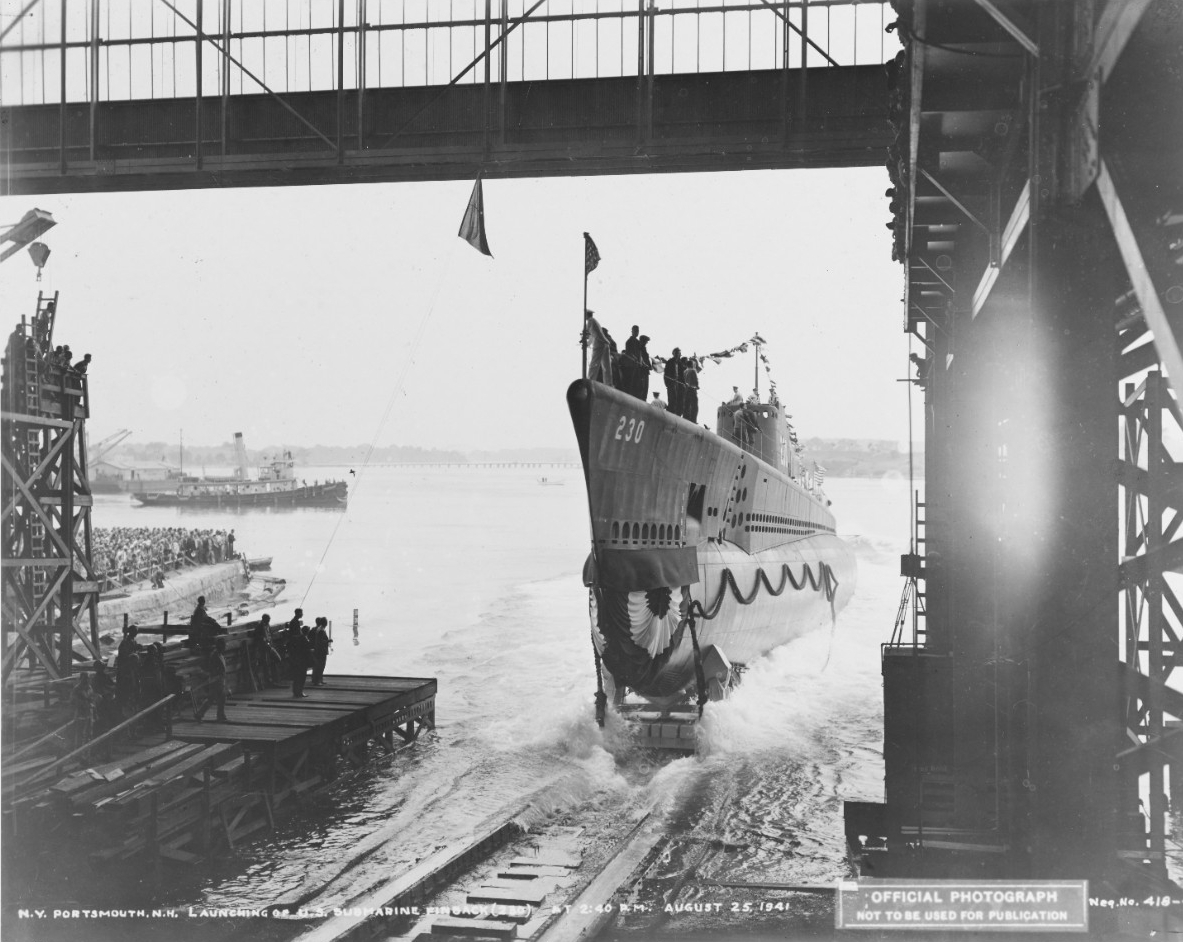 This week’s Webpage of the Week is new to NHHC’s notable ships. USS Finback was commissioned at the Portsmouth Naval Shipyard, NH, on Jan. 31, 1942, with Lt. Cmdr. Jesse L. Hull as the boat’s first commanding officer. After shakedown training off the U.S. East Coast, Finback made way for Pearl Harbor arriving on May 29. Two days later, she was ordered to conduct defensive patrols to protect the Hawaiian Islands during the pivotal Battle of Midway. She returned to Pearl Harbor on June 9 to prepare for her first war patrol in the Aleutians. On July 5, Finback made first contact with the enemy when she attacked two Japanese destroyers before enduring a barrage of depth charge attacks that sent her deep. Over the course of World War II, Finback earned 13 battle stars and famously rescued Lt. (j.g.) George H. W. Bush after he was shot down on Sept. 2, 1944, while conducting operations over Chi Chi Jima. Check out this page today. It contains a short history, suggested reading, interviews with crewmembers, and selected imagery. 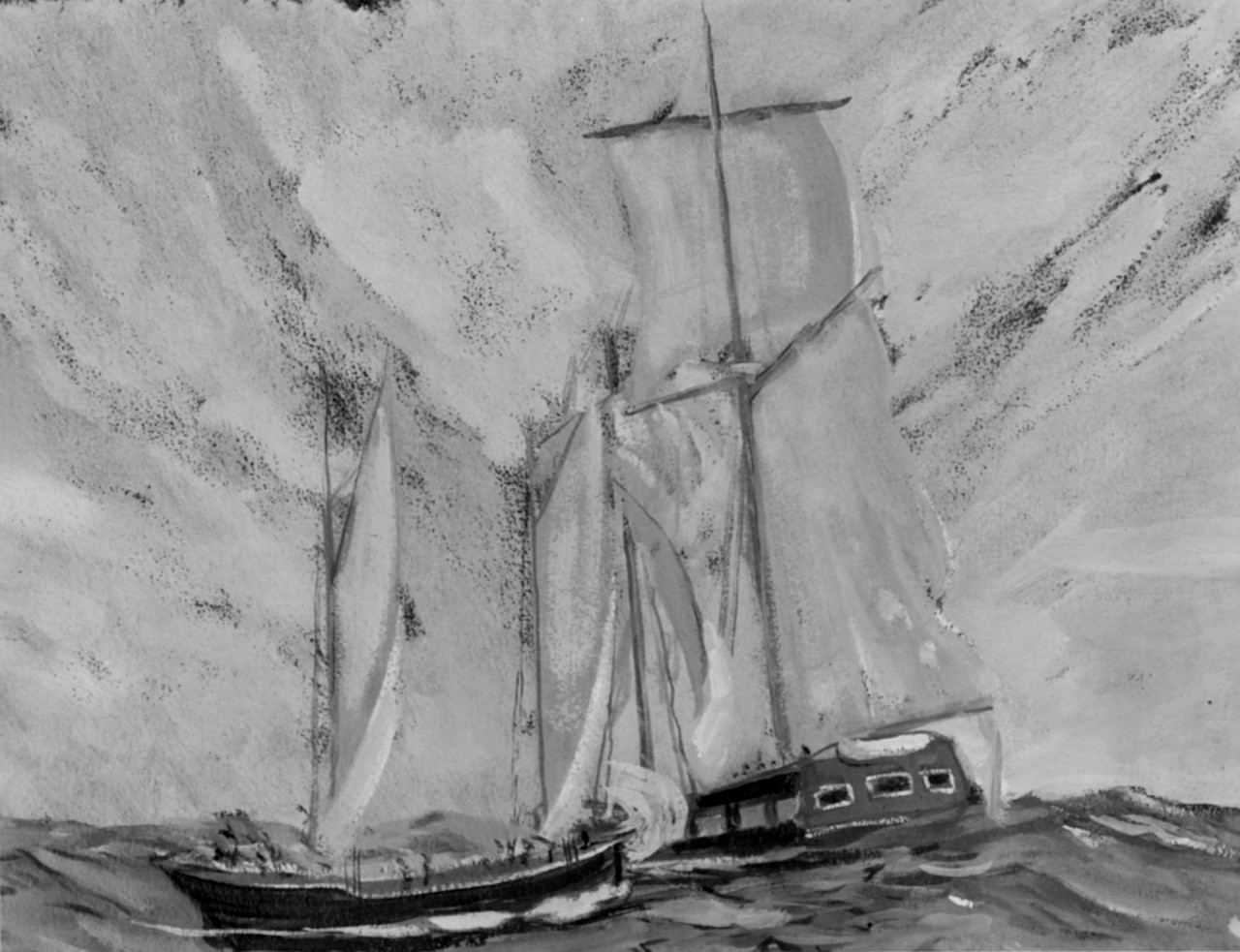 On Sept. 7, 1775, during the American Revolution, the British supply ship Unity was taken by the Continental schooner Hannah. It was the first “prize” taken by a Continental vessel. Hannah, originally owned by John Glover of Marblehead, MA, was the first armed vessel to sail under Continental pay and control. Hannah switched ownership on Aug. 24, 1775, when Gen. George Washington paid for the ship. Hannah was the beginning of the small fleet fitted out by Washington in the fall of 1775 to aid in the siege of Boston. Her first captain was Nicholson Broughton, a captain in the Army, and her crew was recruited from Glover’s regiment. After capturing Unity, the ship returned to Beverly, MA, and sailed again near the end of September 1775. She cruised off Boston and was run ashore by British sloop Nautilus near Beverly on Oct. 10. After an energetic engagement between Nautilus and the townspeople on the shore, Hannah was saved from destruction and capture. Soon after the incident, Hannah was decommissioned when Washington found ships that were more suitable to the defense of the colonies.