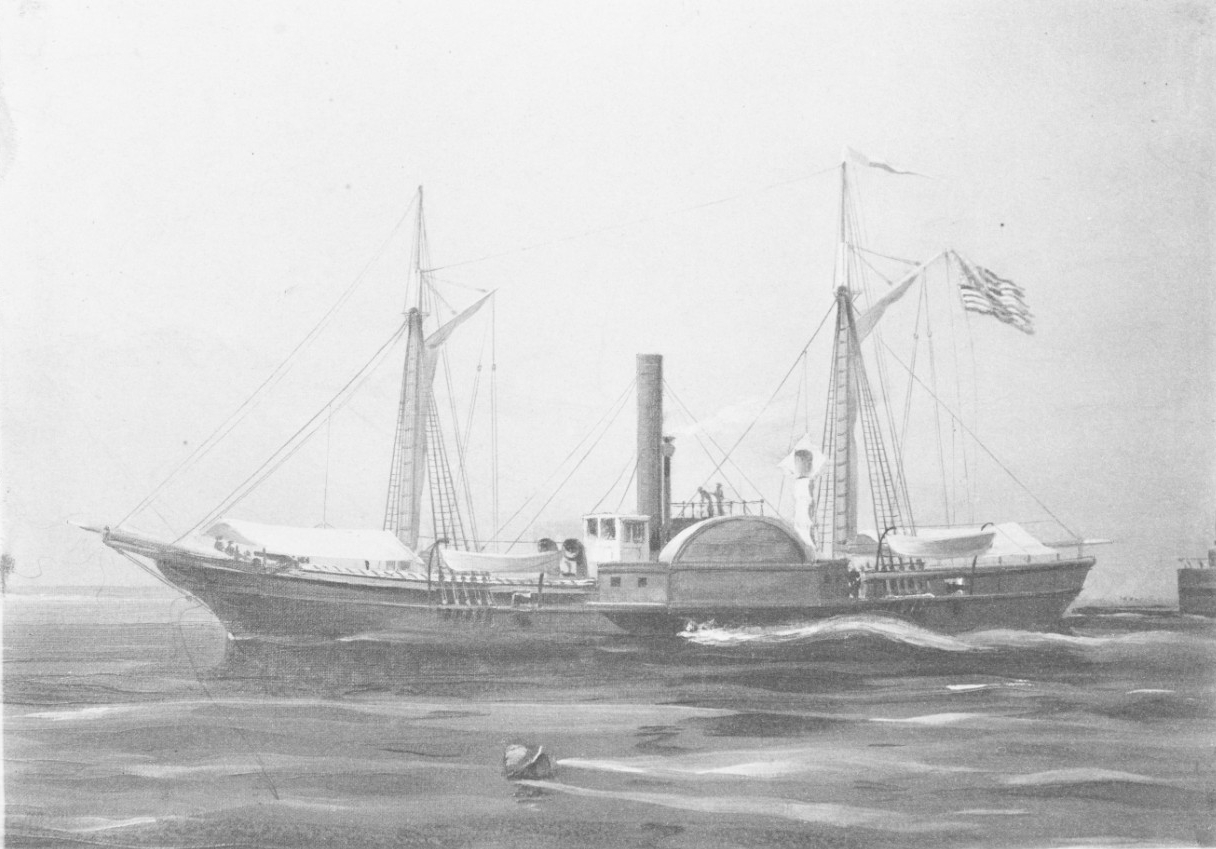 In his latest H-gram, NHHC Director Sam Cox covers battles you've never heard of, all of which involved the U.S. Navy: Nuku Hiva (1813), Negro Fort (1816), Quallah Battoo (1832), Muckie (1839), Drummond’s Island (1841), Ty-ho Bay (1855), and the Water Witch Affair in Paraguay (1855). The largest U.S. Navy ship deployment prior to the Civil War was—believe it or not—to Paraguay. On Feb. 1, 1855, Water Witch entered Paraguayan waters on the Parana River despite warnings from the president of Paraguay forbidding warships of any nation to enter, and despite multiple warnings by small boat, hail, and warning shots from Paraguayan Fort Itapiru. Finally, the fort fired a live round that killed the helmsman of Water Witch. The U.S. ship returned fire, but the fort got the best of the engagement, hitting the U.S. vessel multiple times with accurate fire, although Water Witch was able to escape. Two years later, President James Buchanan decided the incident required a punitive U.S. naval response to compel an apology from Paraguay and provide financial restitution for other grievances. Although the incident was eventually solved diplomatically, it exposed how far the readiness of the U.S. Navy had declined since the end of the Mexican-American War. For more, read H-Gram 062 at NHHC’s Director’s Corner. 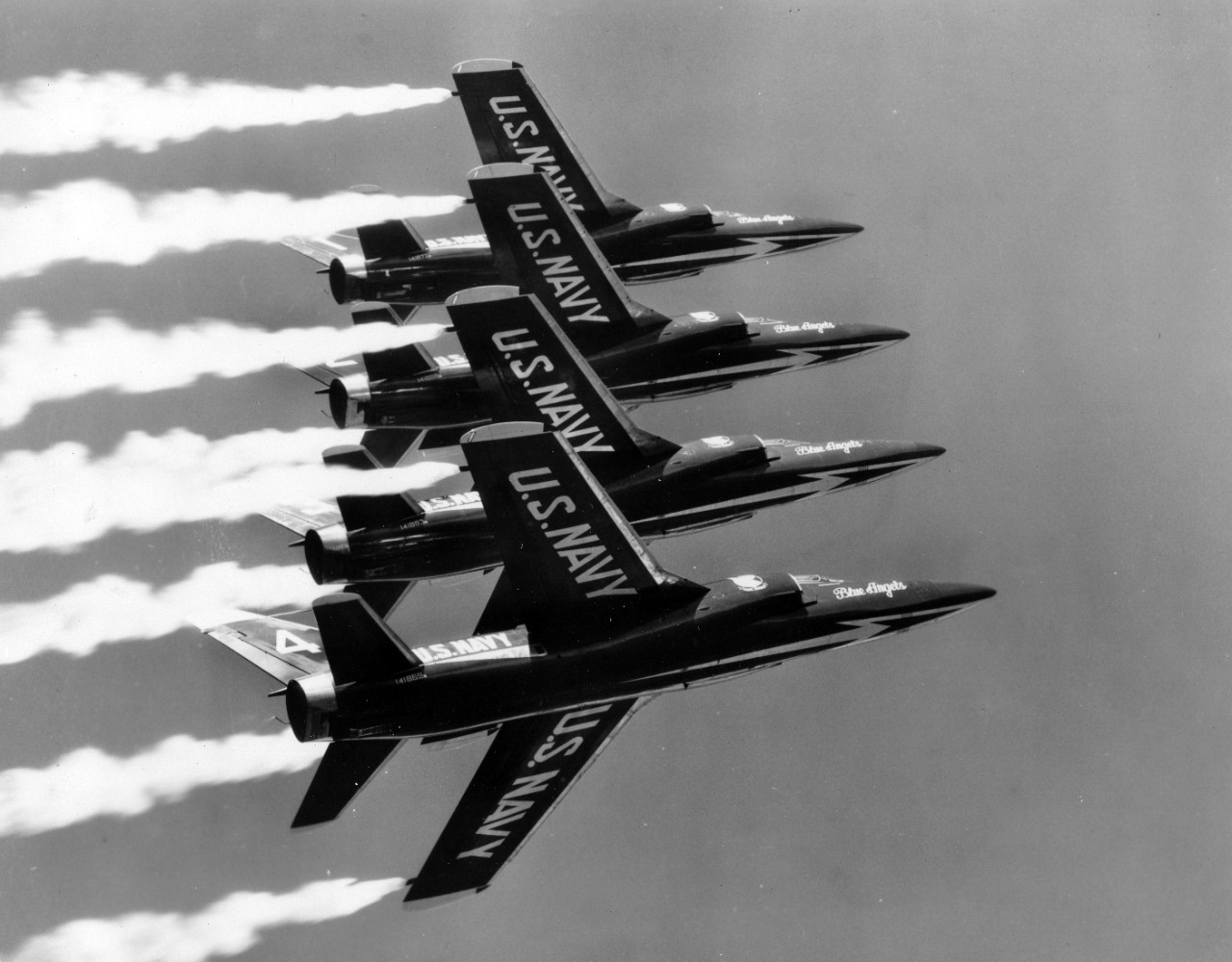 On June 15, 1946, the Navy’s flight demonstration team, the Blue Angels, performed its first show at their home base, Naval Air Station Jacksonville, FL. Lt. Cmdr. Roy “Butch” Voris led the team and flew the Grumman F6F-5 Hellcat. In their first year, the Blue Angels simulated World War II battles with an SNJ-5 Texan that had been painted and configured to resemble a Japanese Mitsubishi A6M Zero, and was affectionately named “Beetle Bomb.” The Blue Angels' famous diamond formation was introduced in 1947 by flight leader Lt. Cmdr. Robert Clarke, which led to other new maneuvers such as the diamond loop and the diamond barrel roll. Today, the Blue Angels are viewed by an estimated 11 million spectators each year. For more, read Birth of the Blues and check out a Blue Angels scrapbook by Hill Goodspeed. Also, read Capt. Donnie Cochran: From Farm Boy to Blue Angels Flight Leader by Emily Abdow at The Sextant. 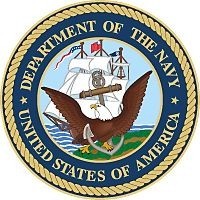 American Eagle Day is celebrated annually on June 20 to commemorate one of America’s most recognizable national symbols. On June 20, 1782, the American bald eagle—once an endangered species—was added officially to the Seal of the United States. President Bill Clinton first proclaimed American Eagle Day in 1995, and since then 41 states have made the day an official observance. Bald eagles hold significant value in many Native American cultures and religions, as they signify freedom, strength, wisdom, honesty, and power. The U.S. Navy seal and the U.S. Navy flag both depict the American bald eagle. 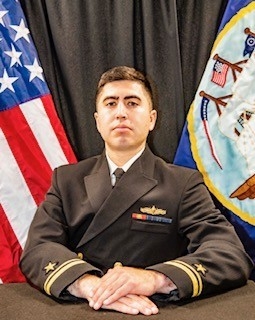 NHHC recently announced the winners of the New Year's Deck Log Entry Contest. Lt. j.g. Jacob Singleterry from USS Roosevelt took first place for his submission. Fire Controlman 1st Class David Sean Willis from USS Cape St. George took second and Operations Specialist 1st Class Charles Casey Smith from USS Little Rock placed third. This is the first year of the contest. The New Year’s Deck Log Entry Contest carries the unique naval tradition of the Midnight New Year’s Day Poem, where the first entry in the deck log is written in verse. “Reading all of these entries was truly inspirational and showcased the creativity that our Fleet has to offer,” said Senior Chief Yeoman Rob Thomas, one of the contest judges and NHHC’s senior enlisted leader. “Each one gives the crew's unique perspective on this past year and allows us to understand how they persevered. It is good to know that after all of my years of service, these naval traditions are alive and well for future generations to enjoy and learn from.” The first prize winner shall receive an engraved piece of copper sheathing from USS Constitution, as well as a certificate. All of the winners will receive an NHHC commander's coin. For more, read the article by MC2 Abigayle Lutz at NHHC’s website. 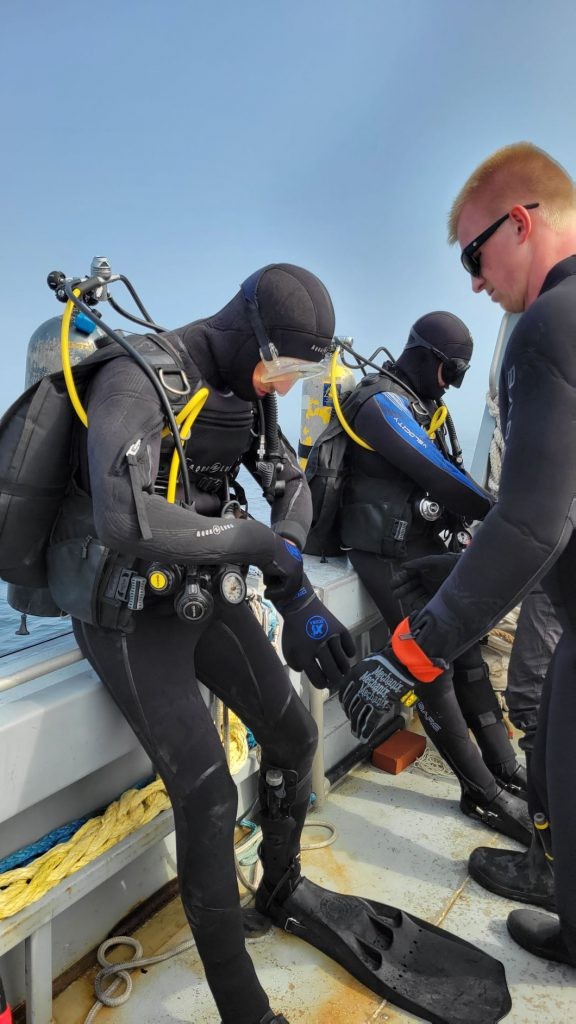 Recently, the Navy returned to waters off of Rhode Island to continue an archaeological exploration of the site believed to be the remains of Oliver Hazard Perry’s schooner Revenge. The exploration builds on earlier remote sensing surveys and the 2017 cannon recovery.  This year’s investigation involved continued mapping of the site, carronade recovery, and recording of an anchor potentially associated with the wreck. Under his command in 1811, Perry’s schooner was used to survey the coast of Rhode Island. Upon her return to port from a sounding mission in early January, the vessel was met with heavy fog and ultimately struck Watch Hill Reef. While Revenge was lodged on the reef, Perry attempted to lighten the vessel by cutting down the main mast and jettisoning armament and other heavy objects, but it was a losing battle and the ship eventually sank. At a subsequent court-martial, routine during this period, Perry was cleared of all charges connected with Revenge’s loss. Later, he would go on to command the Lake Erie squadron during the War of 1812 and gain fame for his victory at the Battle of Lake Erie on Sept. 10, 1813. For more, read the blog by George Schwarz at The Sextant. 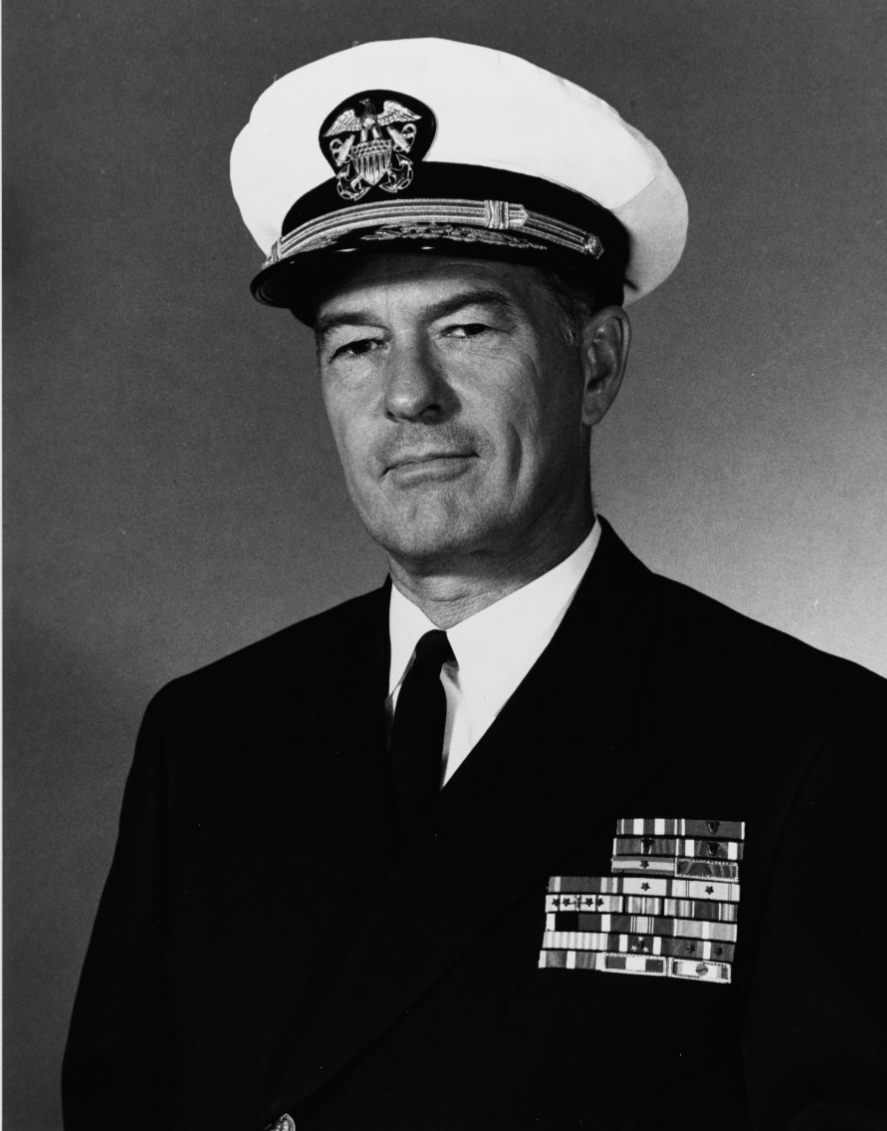 On June 18, 1971, Vice Adm. William P. Mack assumed command of Seventh Fleet. He held the position until May 23, 1972, when Vice Adm. James L. Holloway, III assumed the position. During Mack’s tenure as commander of Seventh Fleet, Operation Pocket Money was initiated, which was the first use of naval mines against North Vietnam. After turning over command to Holloway, Mack served as the superintendent of the U.S. Naval Academy in Annapolis, MD. Mack was born on Aug. 6, 1915, in Hillsboro, IL. He entered the Naval Academy on June 8, 1933, on a presidential appointment, and was commissioned an ensign on June 3, 1937. Over the course of his career, he participated in World War II, the Korean War, and the Vietnam War. After he retired from the Navy in 1975, he authored several books to include Naval Officer's Guide, Naval Ceremonies, Customs and Traditions, Normandy: A Novel, South to Java, Checkfire, Command at Sea, New Guinea: A Novel, Pursuit of the Seawolf, and Straits of Messina. Mack died on Jan. 15, 2003, at the age of 87. 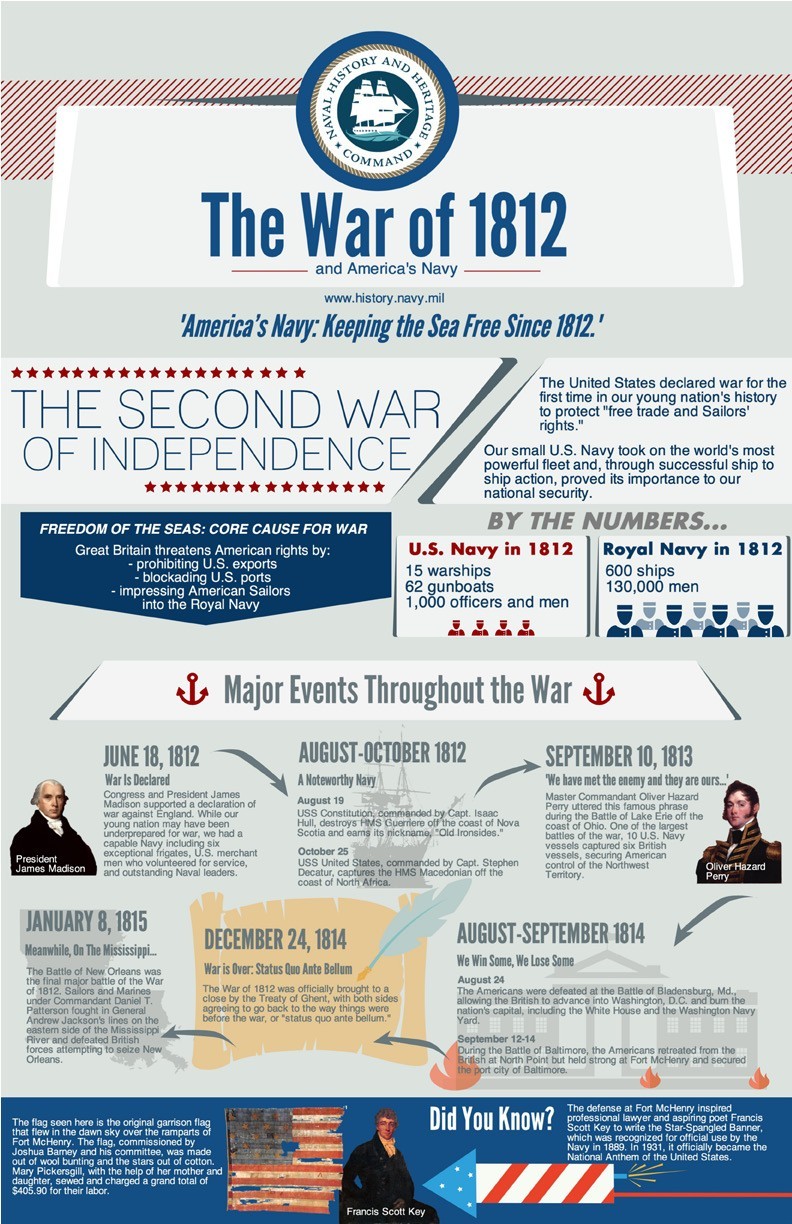 On June 18, 1812, the United States declared war on Great Britain for impressment of American Sailors and interference with commerce. The War of 1812, often known as the second war of independence, matched a young nation with a newly reestablished U.S. Navy against one of the most dominant countries in the world and the powerful Royal Navy. The United States did suffer some costly defeats over the course of the war, such as the capture and burning of Washington, DC, but there were also many victories. American troops were able to repel British invasions in New York, Baltimore, and New Orleans. Commodore Oliver Hazard Perry’s triumph at the Battle of Lake Erie, and USS Constitution’s unmatched success on the open seas fostered widespread patriotism and pride in the country. The ratification of the Treaty of Ghent on Feb. 17, 1815, ended the war, and it encouraged the spirit of American expansionism for most of the 19th century. 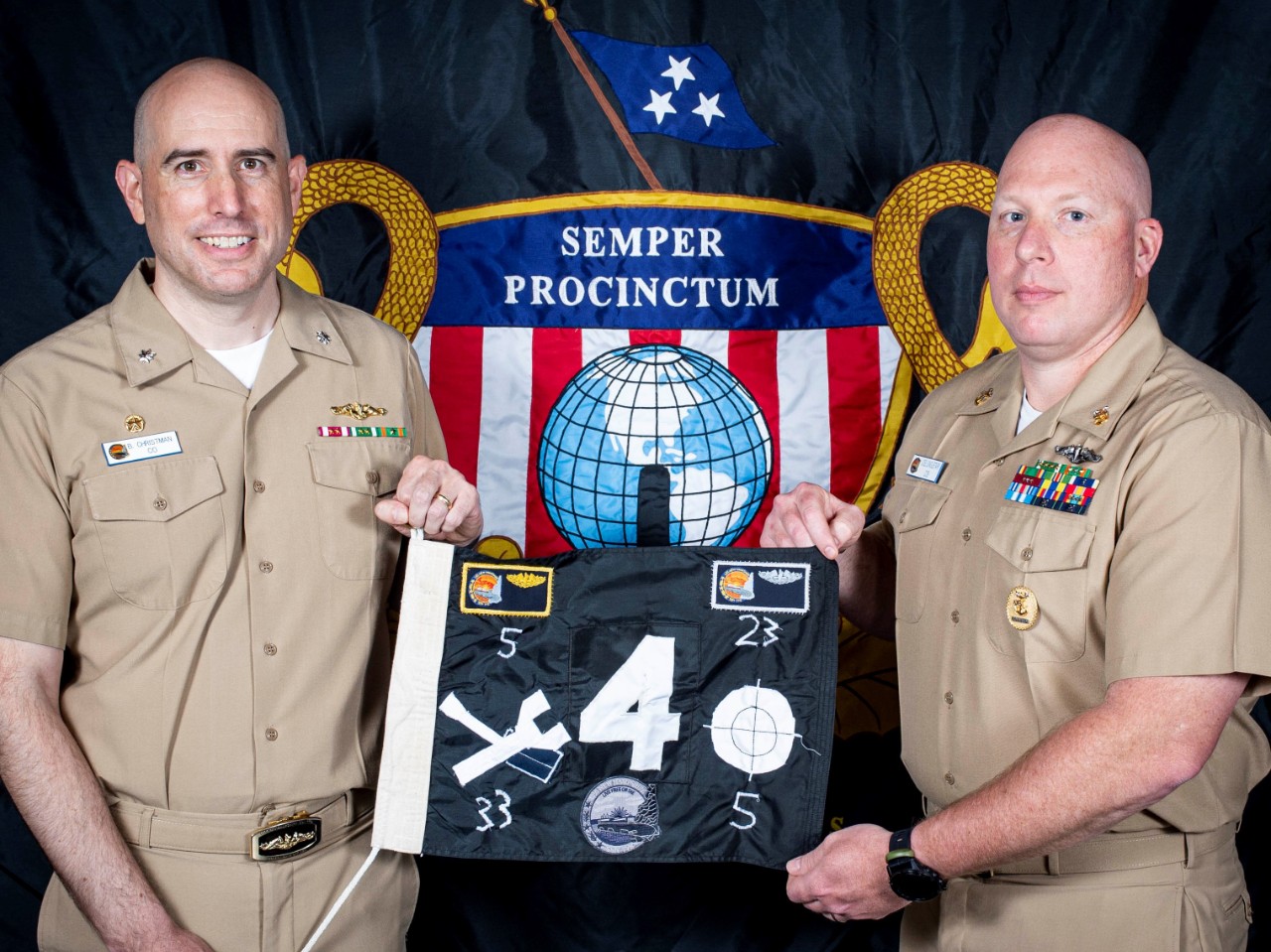 Crewmembers from Virginia-class attack submarine USS New Hampshire recently participated in a longstanding submarine tradition during its recent deployment by creating a battle flag. The flag consists of patches stitched together, each one representing an accomplishment or memory made by the crew. Cmdr. Bennett Christman, the boat’s commanding officer, spoke on the importance of Sailors using submarine battle flags to maintain a connection to submariners of the past. “Each symbol represents one specific achievement; however, the manner of its display is a longstanding tradition that connects modern submariners to the earliest days of our profession,” he said. “Successful World War II patrols of boats like Barb, Tang, and Wahoo, were best represented by the battle flags crafted by their Sailors.” Originating in World War II, battle flags were a way for Sailors to keep an unofficial record of the number of ships sank. “While New Hampshire’s flag does not document combat operations as those of Barb, Tang, or Wahoo did, it represents success in the most demanding peacetime operations,” said Christman. “The crew, the force, and the nation can take pride in the events this flag represents.” For more, read the U.S. Navy press release. 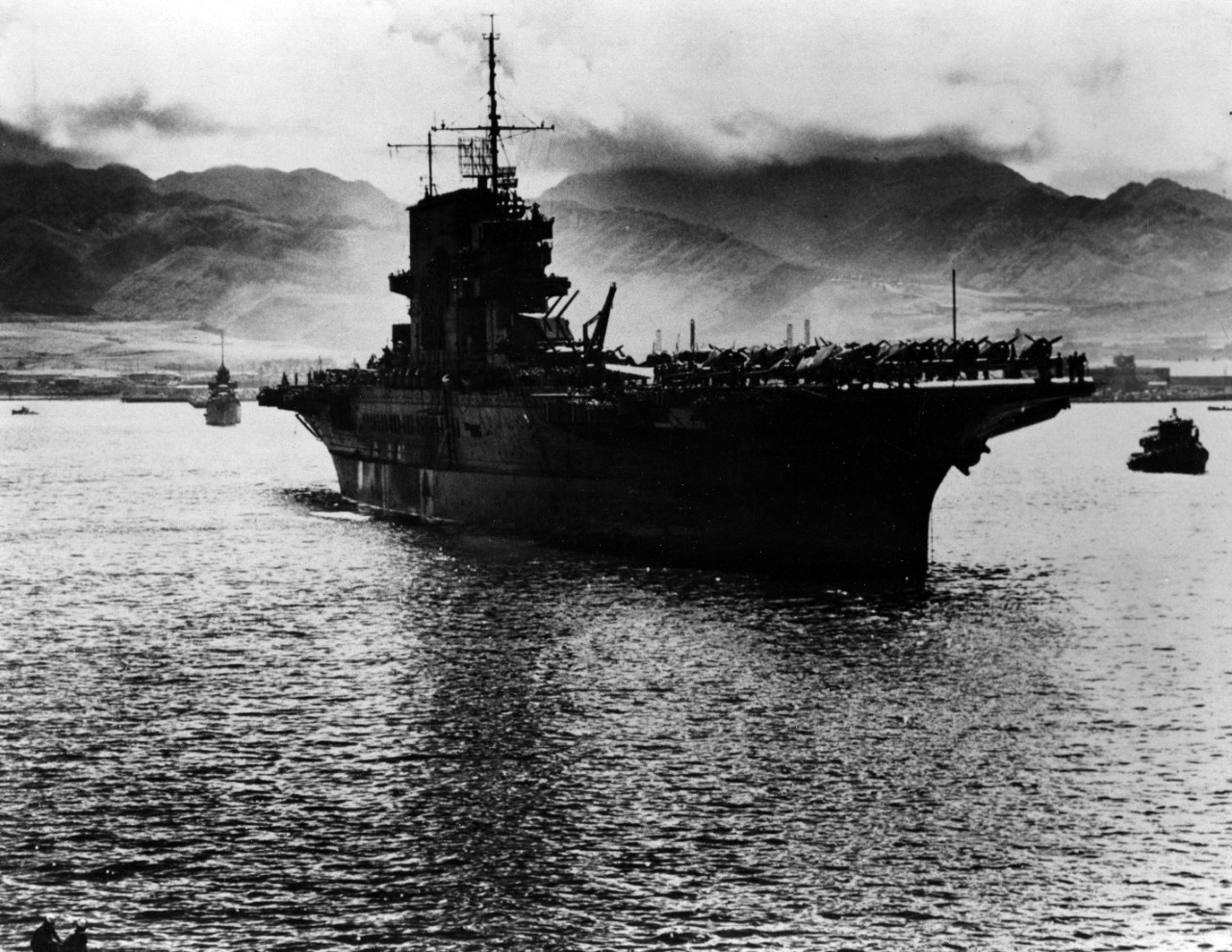 This week’s Webpage of the Week is new to NHHC’s notable ships. USS Saratoga was commissioned on Nov. 16, 1927, with Capt. Harry E. Yarnell in command. The ship was originally laid down as a battle cruiser, but was later authorized to be completed as an aircraft carrier. Saratoga was the U.S. Navy’s first fast carrier. She sailed from Philadelphia on Jan. 6, 1928, on her shakedown cruise, and on Jan. 11, Saratoga’s air officer, Marc A. Mitscher, landed the first aircraft on her flight deck. On Jan. 27, during an experiment, rigid airship Los Angeles moored to Saratoga's stern and took on fuel and stores. Later that day, Saratoga sailed for the Pacific, where she joined the fleet at San Pedro, CA. For the remainder of the decade and throughout the 1930s, Saratoga maintained readiness by participating in multiple fleet exercises in the Pacific, Atlantic, and the Mediterranean. During World War II, Saratoga participated in multiple battles, notably the landings on Guadalcanal and the Battle of Iwo Jima, earning seven battle stars.  After the war, Saratoga was considered surplus and was assigned to Operation Crossroads at Bikini Atoll to test the effect of the atomic bomb on naval vessels. Saratoga survived the first blast, an air blast, but was mortally damaged by a second blast—an underwater detonation. For more, check out this page today. It contains a short history, suggested reading, video footage, interviews with crewmembers, selected imagery, and much more. 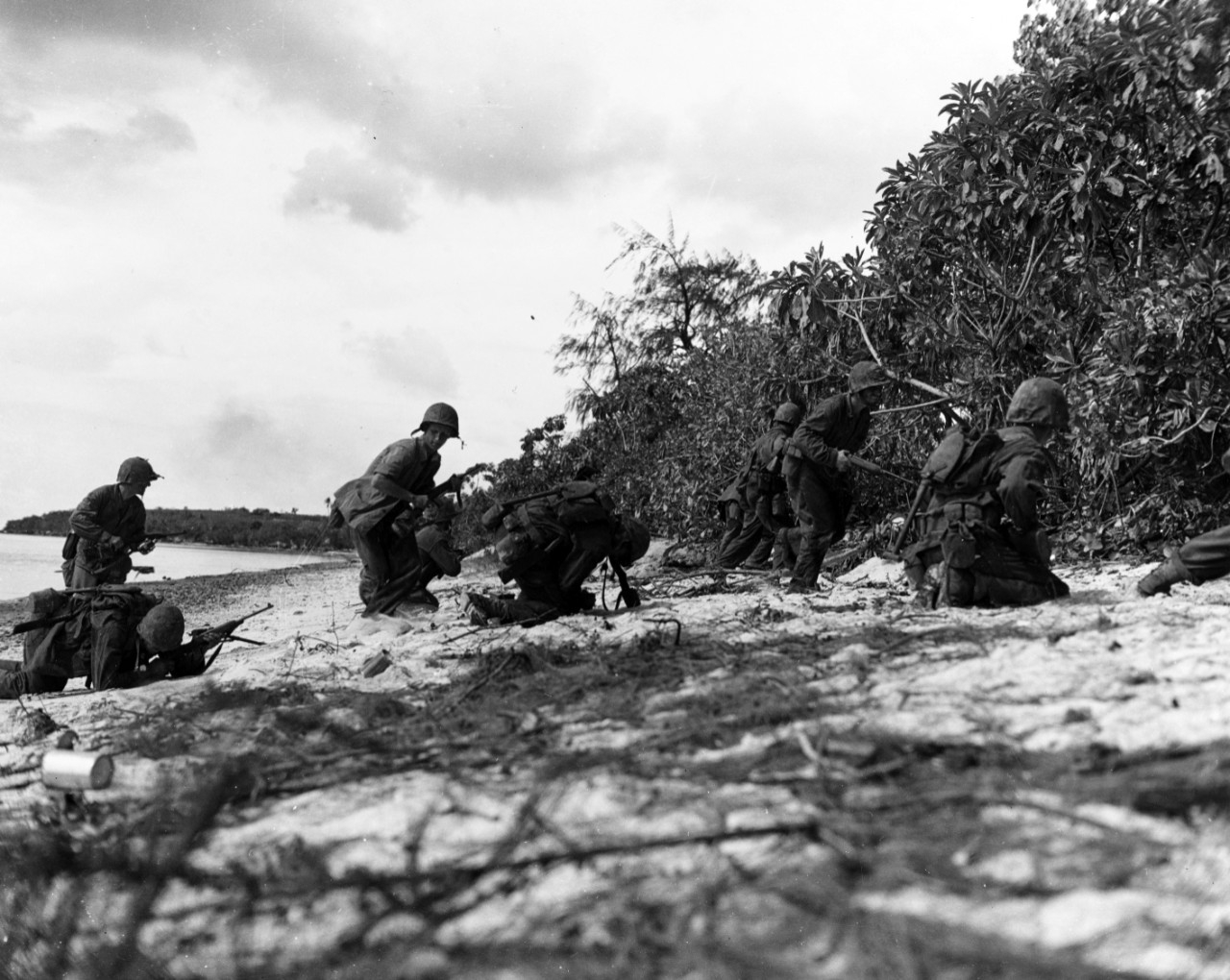 On June 15, 1944, following intensive naval gunfire and carrier-based aircraft bombing, Task Force 52 landed Marines on Saipan, which was the first relatively large and heavily defended land mass in the Central Pacific to be assaulted by U.S. amphibious forces. The Battle of Saipan lasted more than three weeks until July 9, when the island was declared secure. The invasion was extremely bloody. At least 23,000 Japanese troops and civilians were killed, and the Americans suffered 26,000 casualties, 5,000 of which were deaths. However, the victory was decisive. Japan’s National Defense Zone, demarcated by a line that the Japanese had deemed essential to hold in the effort to stave off an Allied invasion, had been blown open. Japan’s access to scarce resources in Southeast Asia was now compromised, and the Caroline and Palau islands now appeared to be ready for the taking. Saipan’s airfields were soon operational (as were those on Tinian and Guam, which the Americans would take at the end of July) and with Japanese naval air power having been all but eliminated in the Battle of the Philippine Sea, there was no protection for the home islands from aerial bombardment.