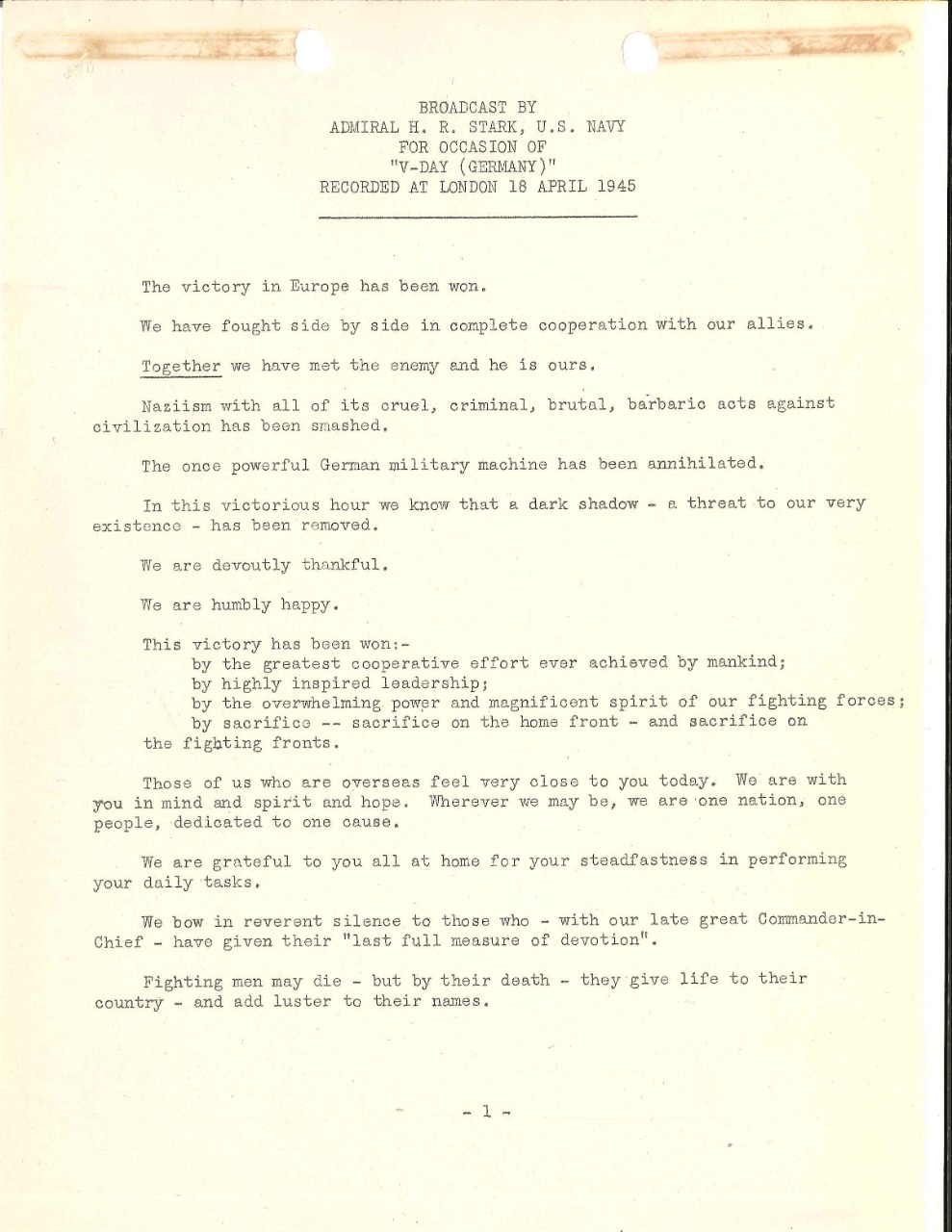 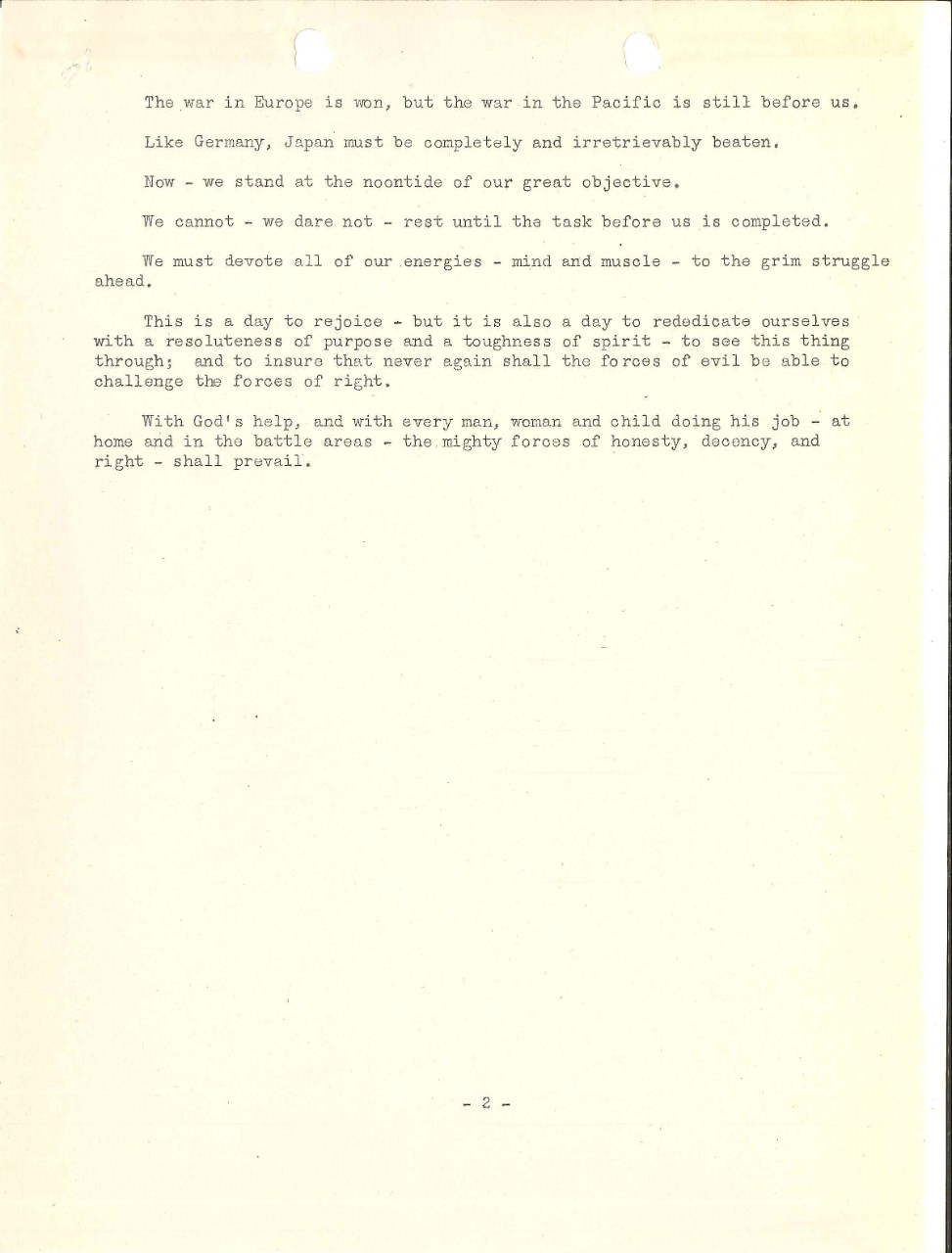 The victory in Europe has been won.

We have fought side by side in complete cooperation with our allies.

Together we have met the enemy and he is ours.

Naziism with all of its cruel, criminal, brutal, barbaric acts against civilization has been smashed.

The once powerful German military machine has been annihilated.

In this victorious hour we know that a dark shadow - a threat to our very existence - has been removed.

We are devoutly thankful.

We are humbly happy.

This victory has bee won: -

by the greatest cooperative effort ever achieved by mankind;

by the overwhelming power and magnificent spirit of our fighting forces;

Those of us who are overseas feel very close to you today. We are with you in mind and spirit and hope. Wherever we may be, we are one nation, one people, dedicated to one cause.

We are grateful to you all at home for your steadfastness in performing your daily tasks.

We bow in reverent silence to those who - with our late great Commander-in-Chief - have given their "last full measure of devotion."

Fighting men may die - but by their death - they give life to their country - and add luster to their names.

The war in Europe is won, but the war in the Pacific is still before us.

Like Germany, Japan must be completely and irretrievably beaten.

Now - we stand at the noontide of our great objective.

We cannot - we dare not - rest until the task before us is completed.

We must devote all of our energies - mind and muscle - to the grim struggle ahead.

This is a day to rejoice - but it is also a day to rededicate ourselves with a resoluteness of purpose and a toughness of spirit - to see this thing through; and to insure that never again shall the forces of evil be able to challenge the forces of right.

With God's help, and with every man, woman and child doing his job - at home and in the battle areas - the mighty forces of honesty, decency, and right - shall prevail.