Japanese Binoculars Captured During the Battle of Leyte 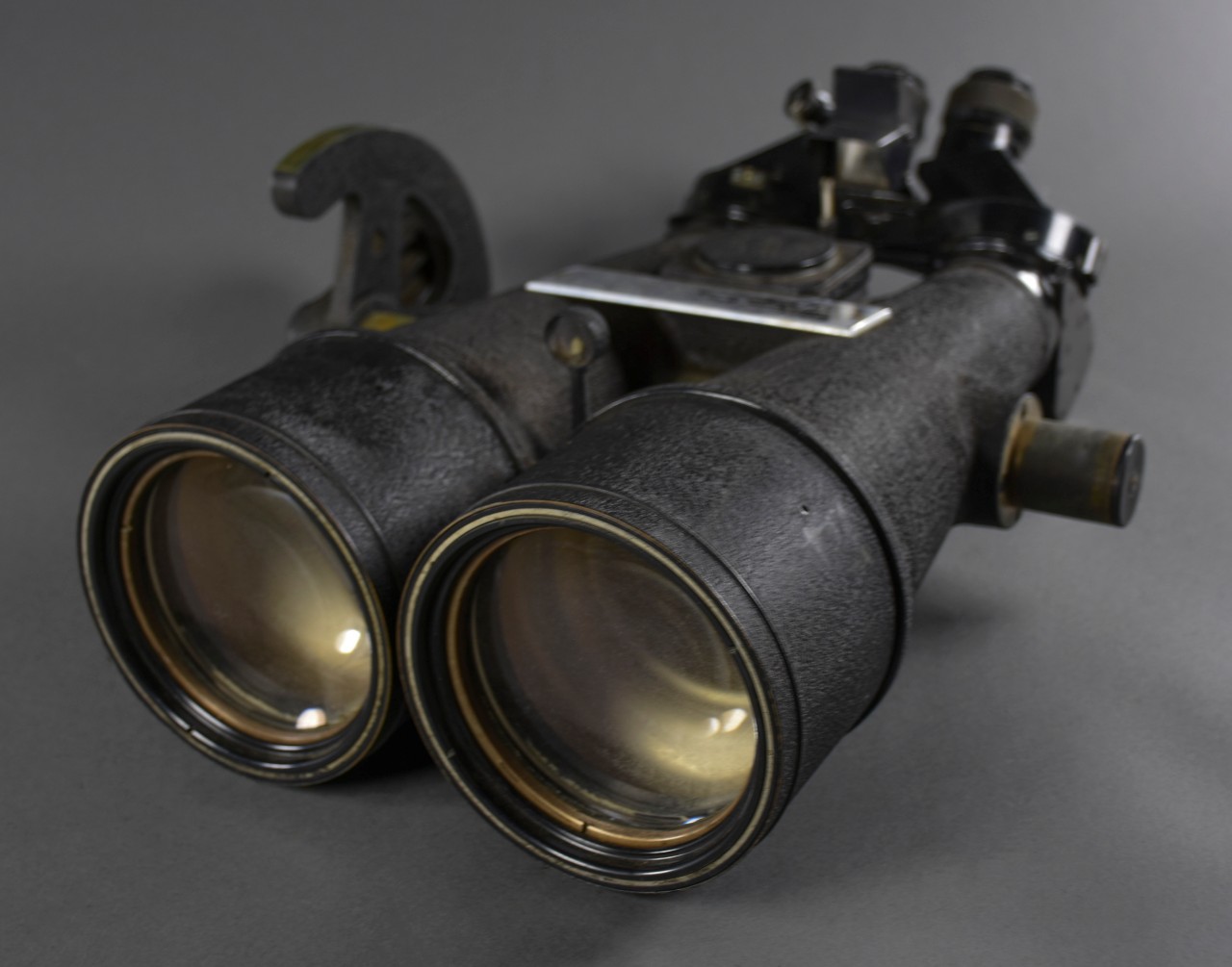 One large pair of Nikko binoculars with case. The binoculars have a twin cylindrical shape and are black in color. It has a post-and-ring sight at the center with a prismatic device. The serial number "729" is on the eyepiece. An inscription plate on top of the cylinders reads "Captured on Leyte, Philippine Islands, October 1944, by the First Cavalry Division, United States Army and presented by the Commanding General to Rear Admiral W.M. Fechteler, U.S. Navy.” The case is made of wood with a brass hinge for the lid.

RADM Fechteler was the Commander of Seventh Fleet's Amphibious Group 8, which participated in landings at Morotai, Leyte, and Lingayen. On 20 October 1944, the US Army landed along the eastern coast of Leyte, establishing beachheads for the push into the island. This landing allowed General Douglas MacArthur to fulfill his pledge to return to the Philippines. By the end of the day, the Army’s 1st Cavalry had captured Tacloban City and the nearby airfield. The Battle of Leyte raged on across the island until 1 January 1945 when MacArthur declared all organized Japanese resistance was defeated.

These binoculars were captured from the Japanese sometime during the battle and presented to RADM Fechteler by the Commanding General of the 1st Cavalry, Major General Verne D. Mudge. The “big eye” design of the binoculars suggests that they may have been used by the Japanese army’s coast artillery. 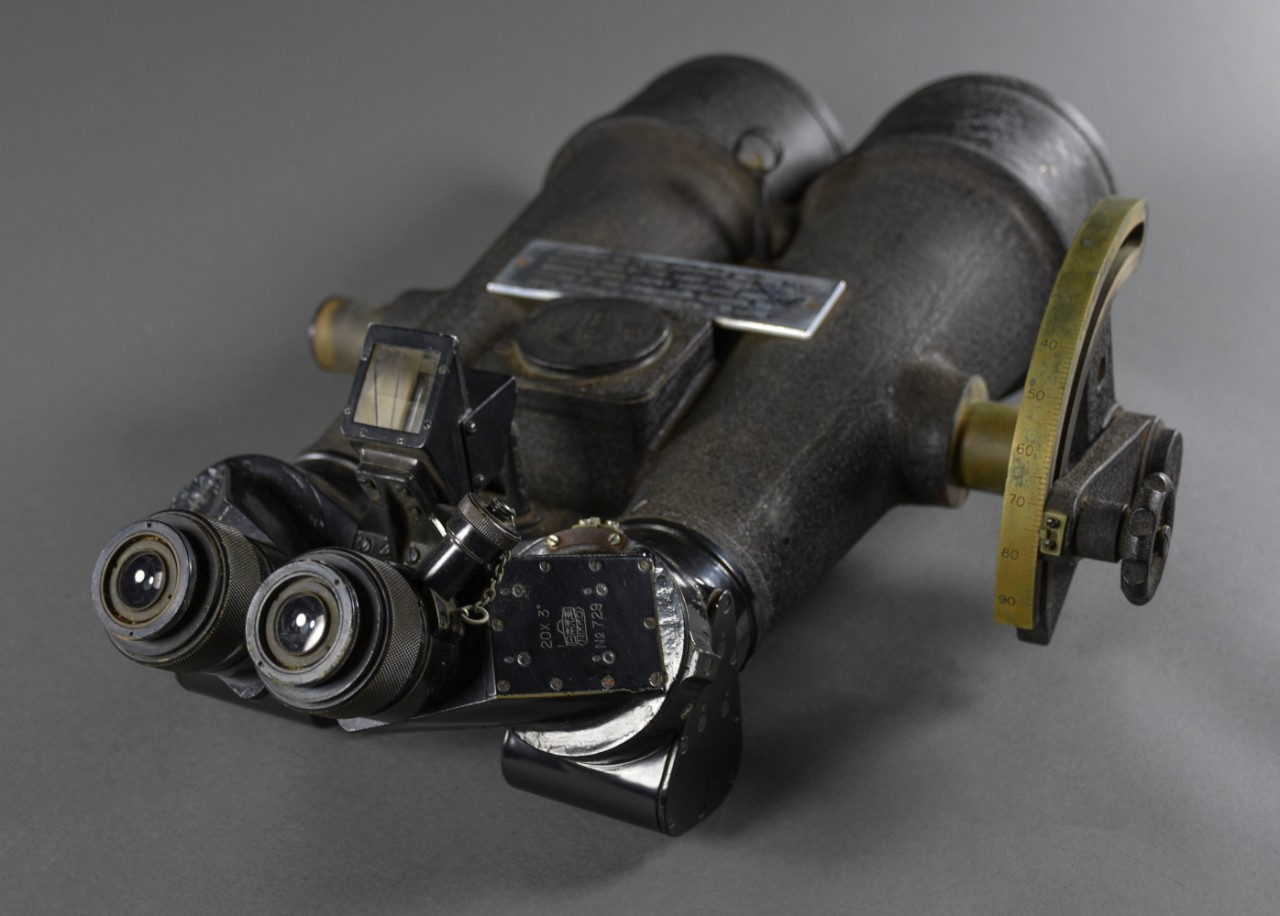 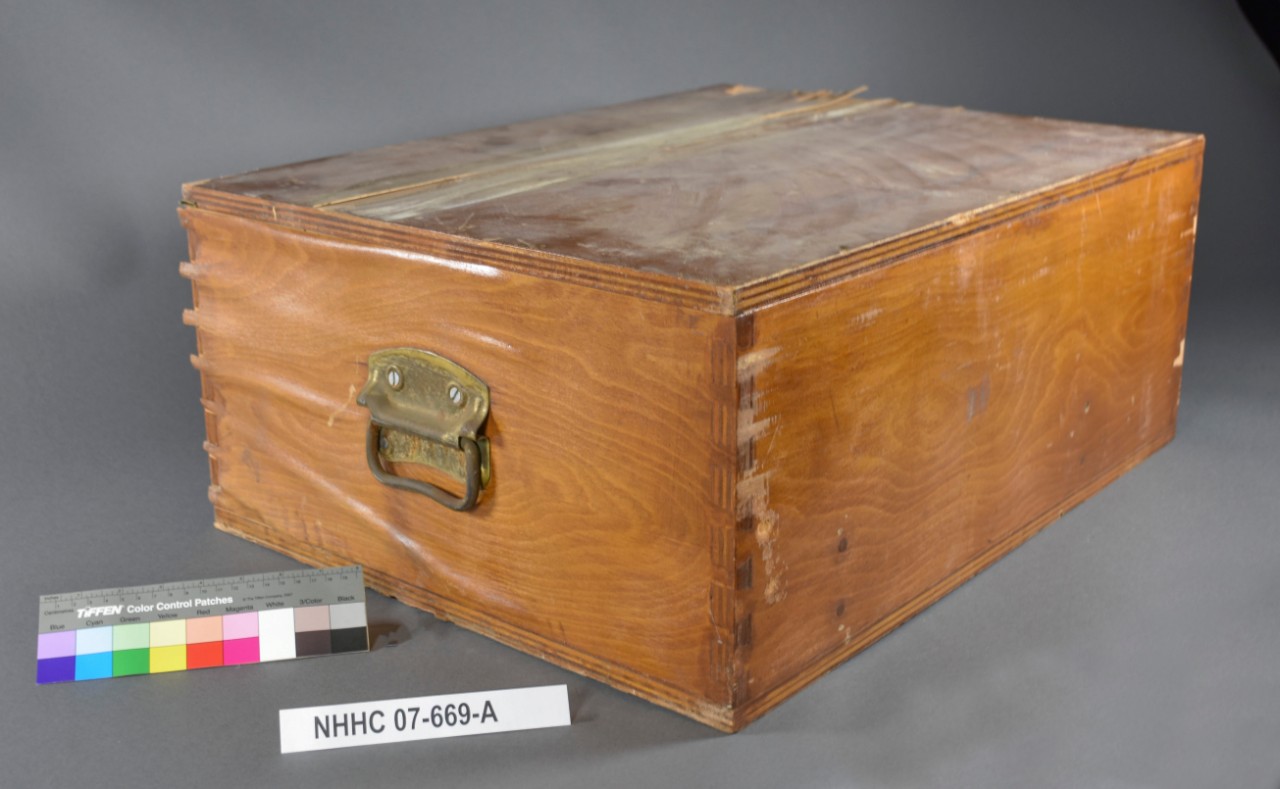 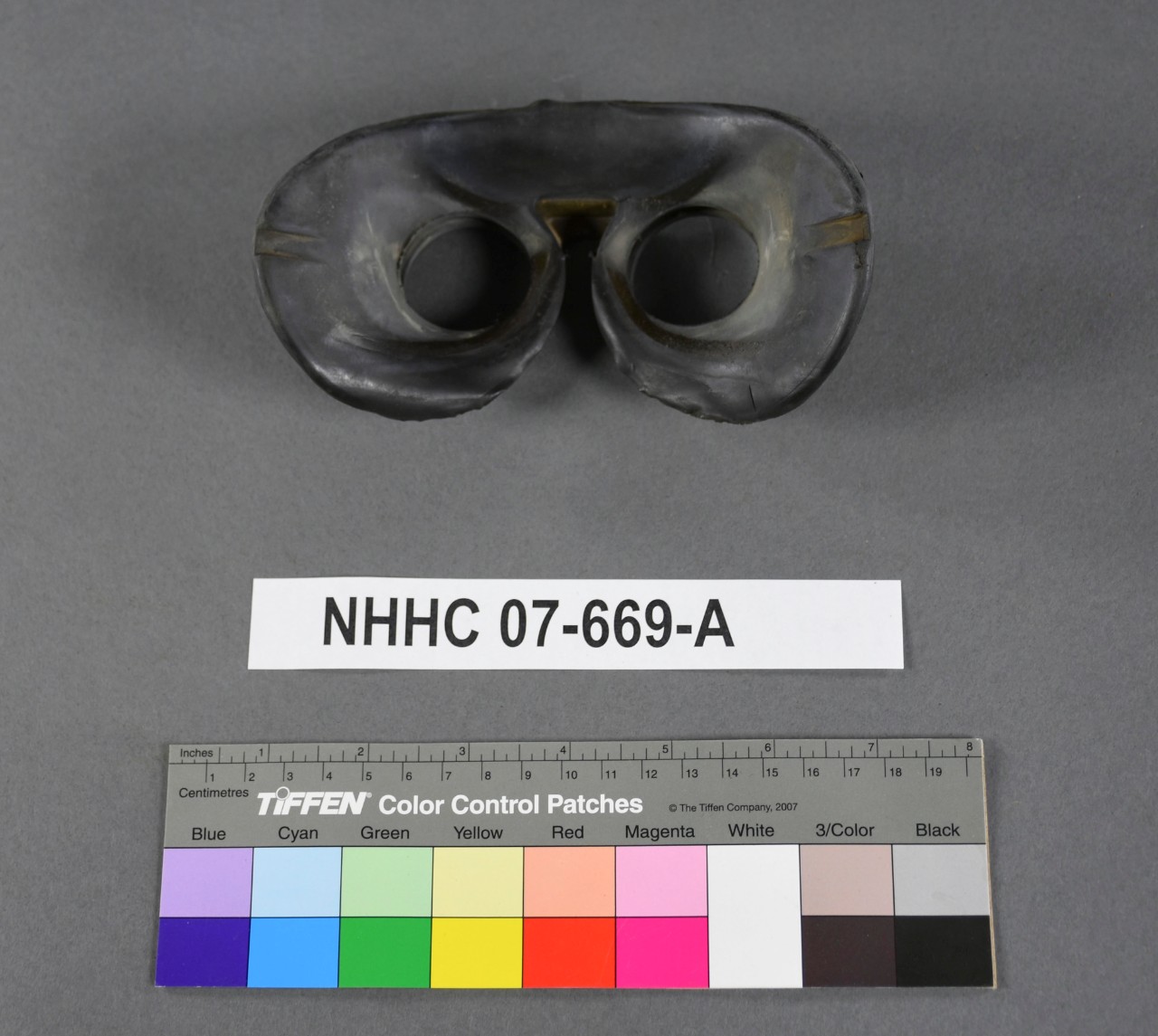 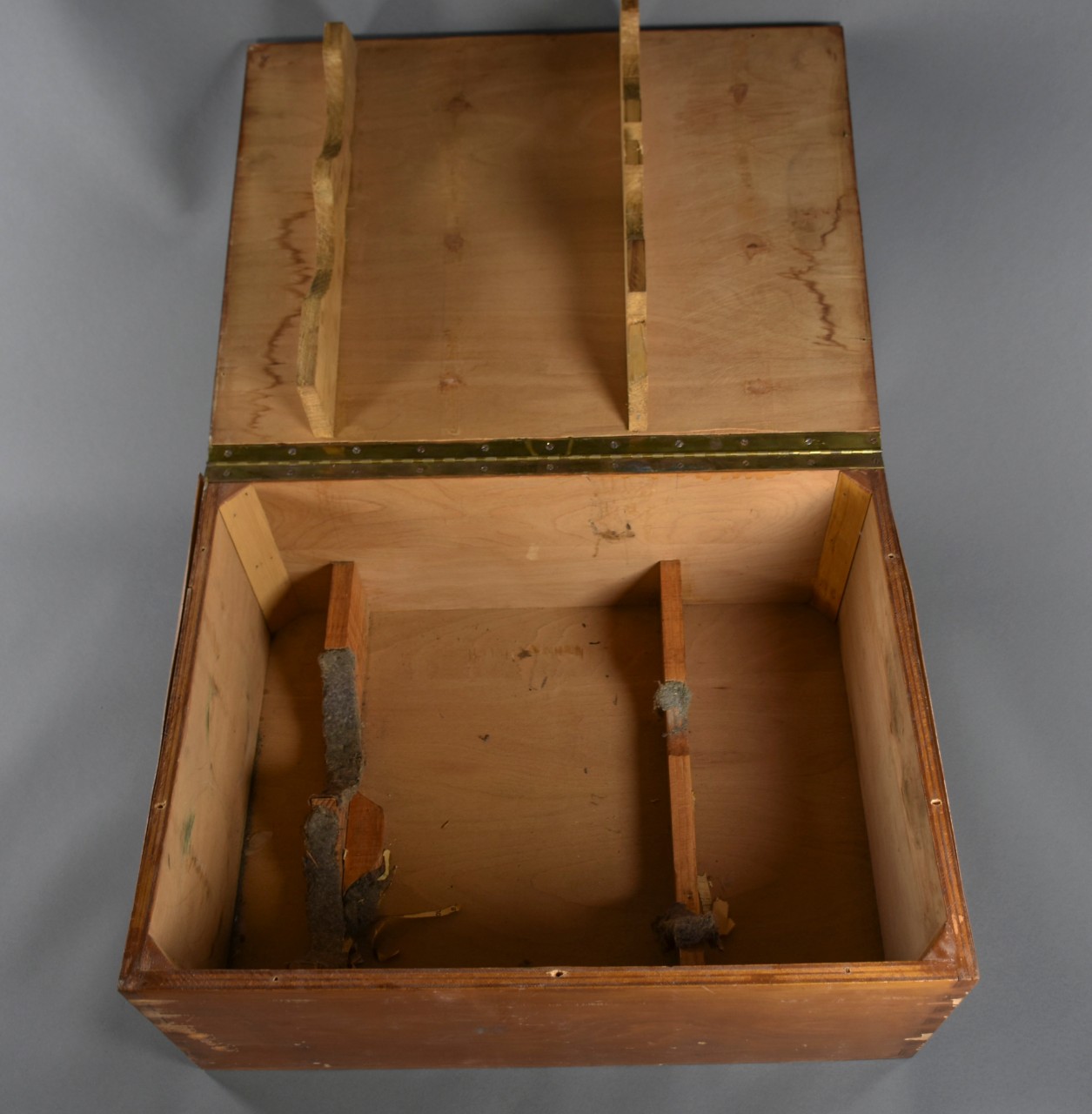 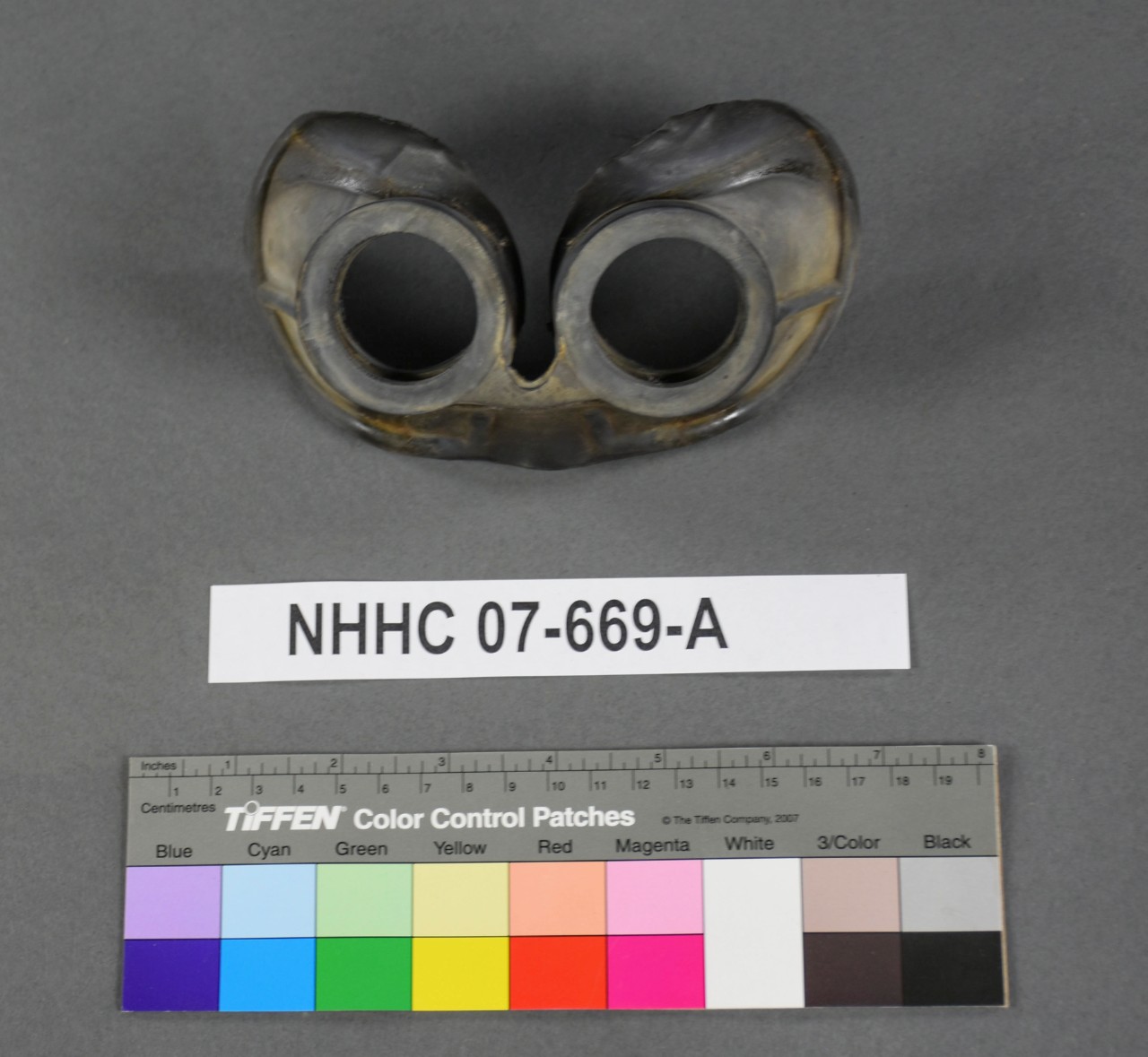