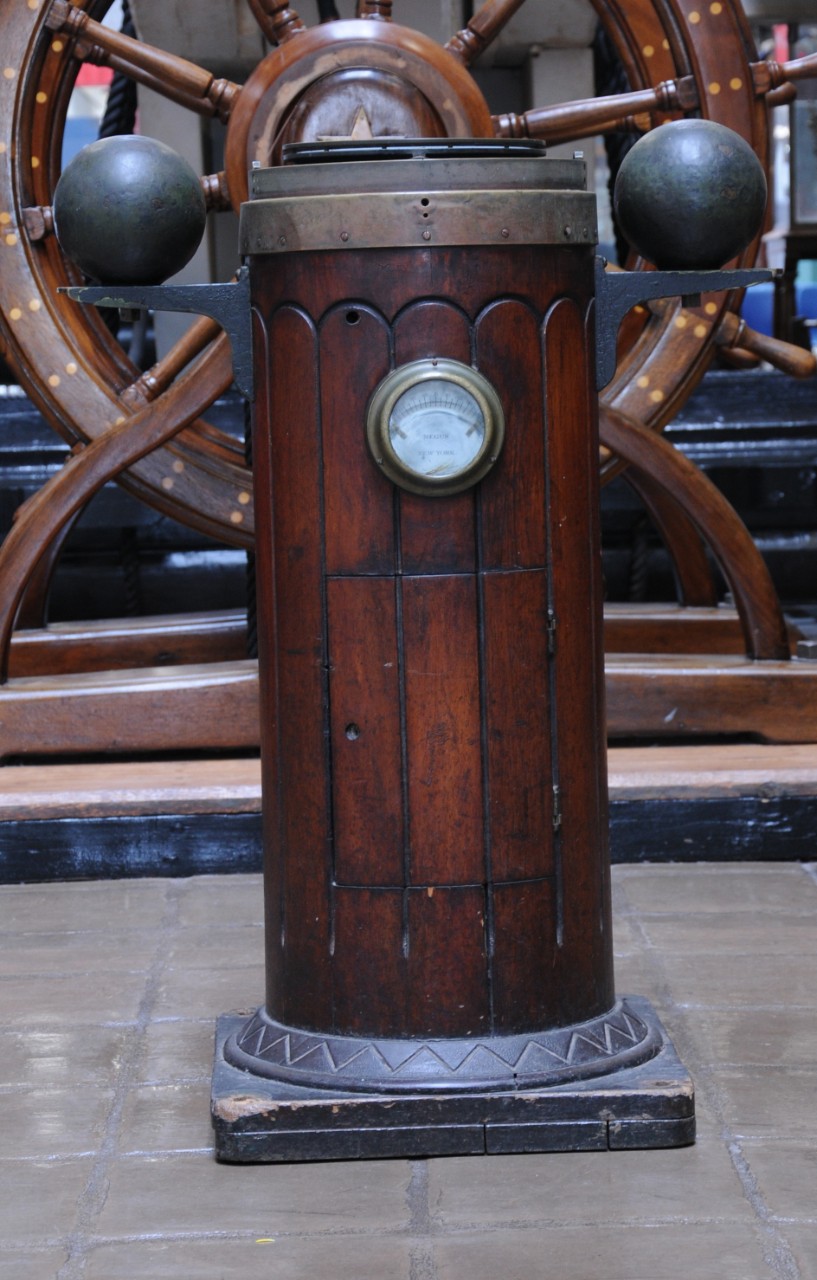 One magnetic ship's compass with binnacle. The compass has a wooden stand with a hinged door that opens into a compartment containing an electrical cord, metal components, and a metal chain attached to an unknown source. The front has a broken gauge that reads: NEGUS / NEW YORK. The magnetic compass is located on the top with two metal spheres mounted on either side. The compass has a paper compass face with a manufacturer's name that reads: KELVIN & WILFRID O. WHITE CO. BOSTON. There is a manufacturer's mark on the metal compass frame that reads: E. S. RITCHIE & SONS / 45686 / BOSTON. There is a white label on the reverse side of the stand that reads: TREASURY DEPARTMENT / U Mo. 87512 S / COAST GUARD.

This early 20th century binnacle was transferred to the Navy from the US Coast Guard. Though the Navy and the Coast Guard deal with vastly different sized ships, both use the same equipment for navigation. The binnacle housed the ship’s compass, protecting it and stabilizing it despite the ship’s movements. It was mounted near the helmsman so he could easily see it while manning the ship’s wheel.