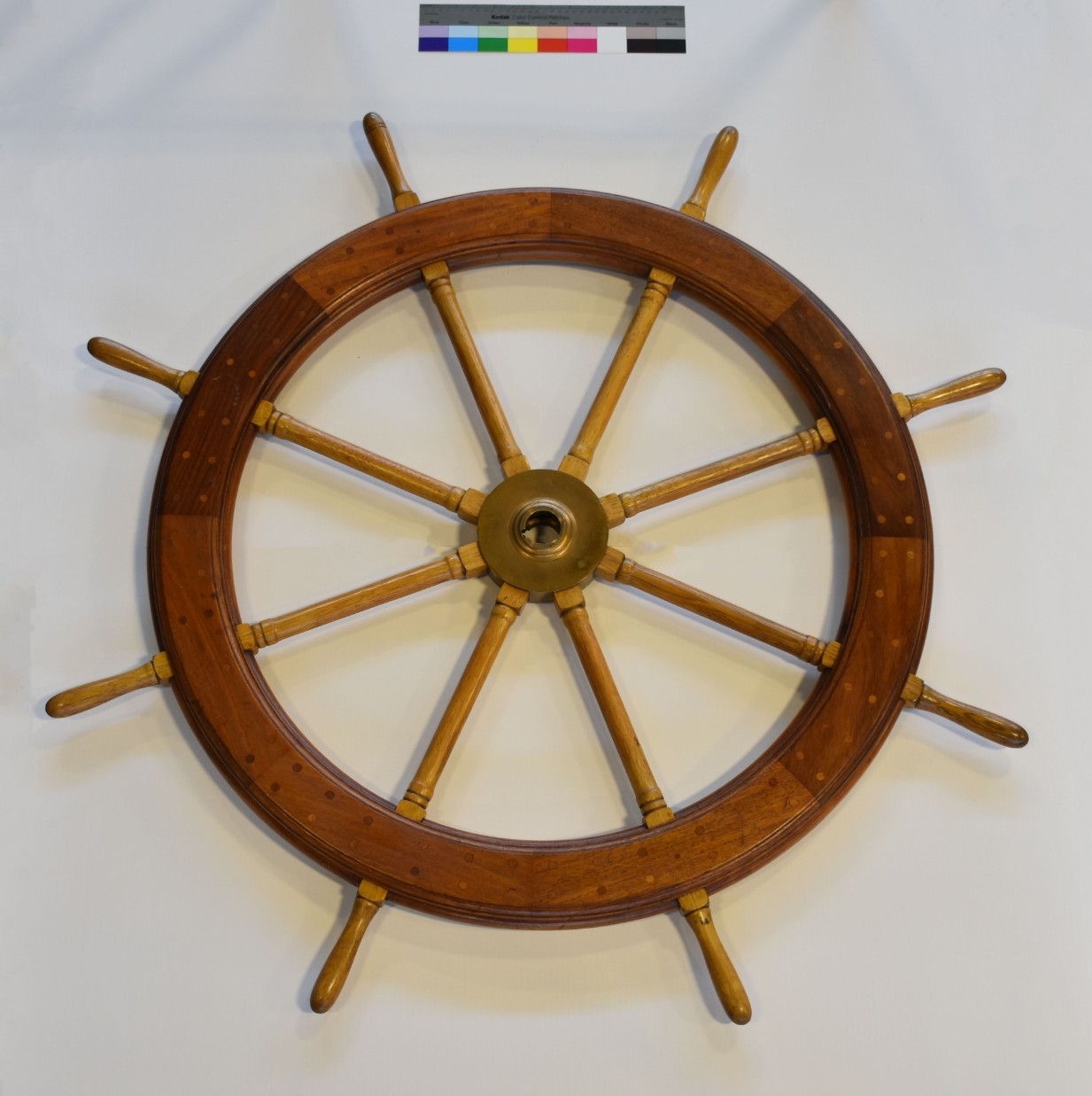 The USS Pueblo (AGER-2) was a Banner Class Environmental Research Ship that was forcibly captured by the Democratic People's Republic of North Korea in international waters on 23 January 1968. Eighty-two crew members were captured, taken prisoner and spent eleven months in captivity. The Pueblo Incident caused major tension between eastern and western powers during the Cold War.

This ship's wheel was originally installed on the Pueblo but purportedly removed in mid-1967 when the original 1944 steering system was replaced with a new hydraulic steering system. Though the ship is in the possession of North Korea, it remains a commissioned US Navy vessel.