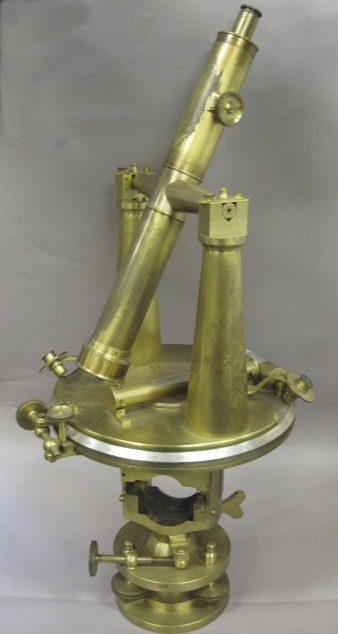 One brass directional transit theodolite. A transit theodolite is a navigational device used for measuring horizontal and vertical angles as well as distance and determining elevation. It is made of brass with dials, knobs and a spyglass. The circular plate is engraved "E. & G. W. Blunt / New York / Improved by Richard Patten & Son, Washington City."

Edmund Blunt's sons opened a shop in New York in 1824, trading as E. & G. W. Blunt until 1866. Richard Patten and Sons were located in Washington City (Washington D.C.) in the 1840s before moving to Baltimore the early 1850s. This would indicate that this theodolite was made sometime in the 1840s. 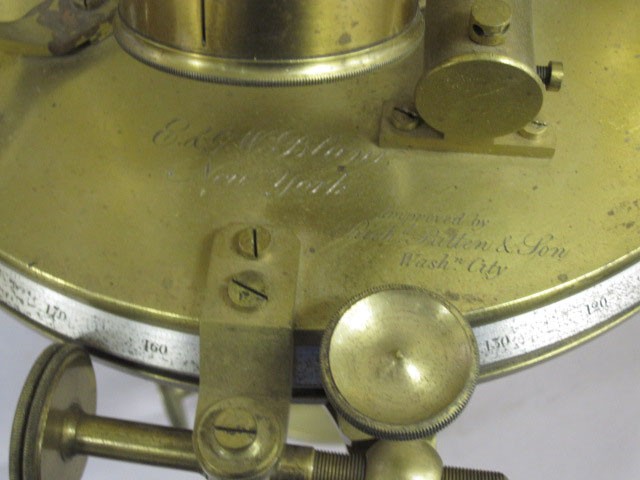