Chronometer from the Captured German Submarine U-505 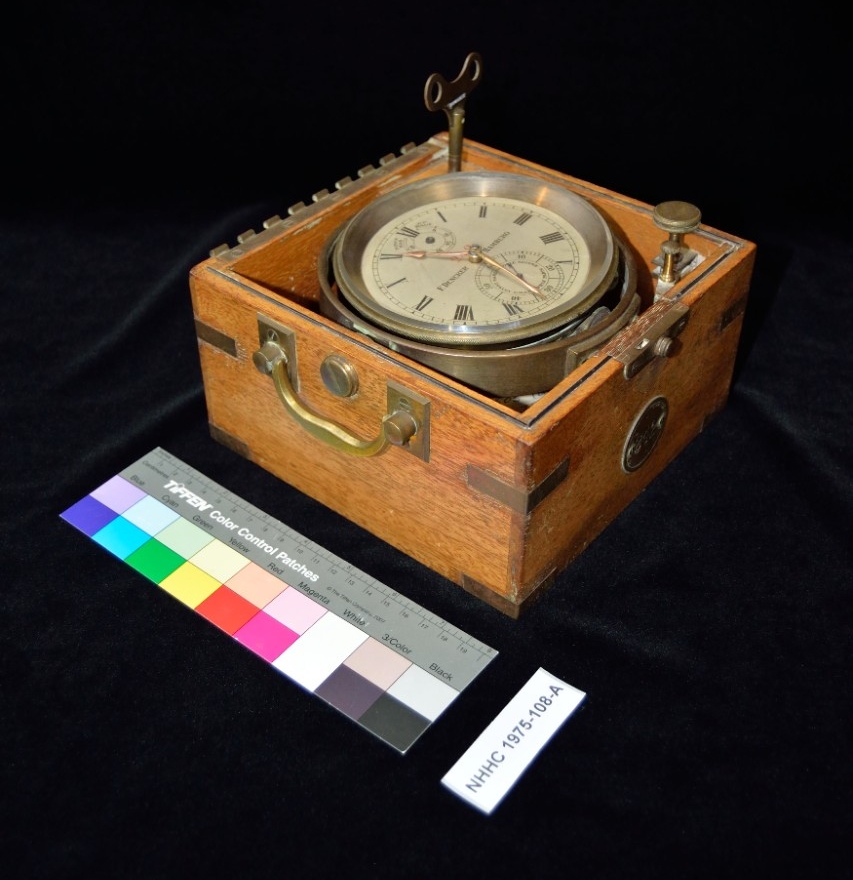 One chronometer recovered from the captured German submarine U-505. The face and frame are 5” in diameter. The face bears the number 242 in red, with roman numerals around the border to mark the time, a seconds dial with black hand and inscribed “Ulysse Nardin, Locle, Suisse, Grand Prix Paris,” and the makers name F. Dencker of Hamburg across the center. The winding indicator at the top center is inscribed “down bas up haut.” The clock case is brass, numbered on the reverse M963 and bears the Reichsadler, the Third Reich eagle and swastika. The chronometer sits in a brass gimbal which can be secured by a brass pin and thumb screw. A brass winding key fits in the wooden case containing the chronometer. This case is half an inch thick, with brass corned fittings on the base and similar brass bracings one inch down from the top. There is a brass handle on each side of the case. A copper disc screwed to the front of the box bears the number 242. The case is missing the lid.

On 4 June 1944, Task Group 22.3. led by USS Guadalcanal (CVE-60), discovered a German submarine, U-505, recharging her batteries on the surface. Though the sub attempted to flee, the Task Group eventually cornered her. The Germans attempted to scuttle the sub before they abandoned ship, but they were unsuccessful. A boarding party from USS Pillsbury boarded the abandoned sub resulting in the capture of valuable equipment, codes, and the sub itself. U-505 was towed to the United States for study.

This chronometer, recovered from U-505, was presented to NHHC by Captain Daniel V. Gallery, Jr., USN, Commanding Officer of USS Guadalcanal. 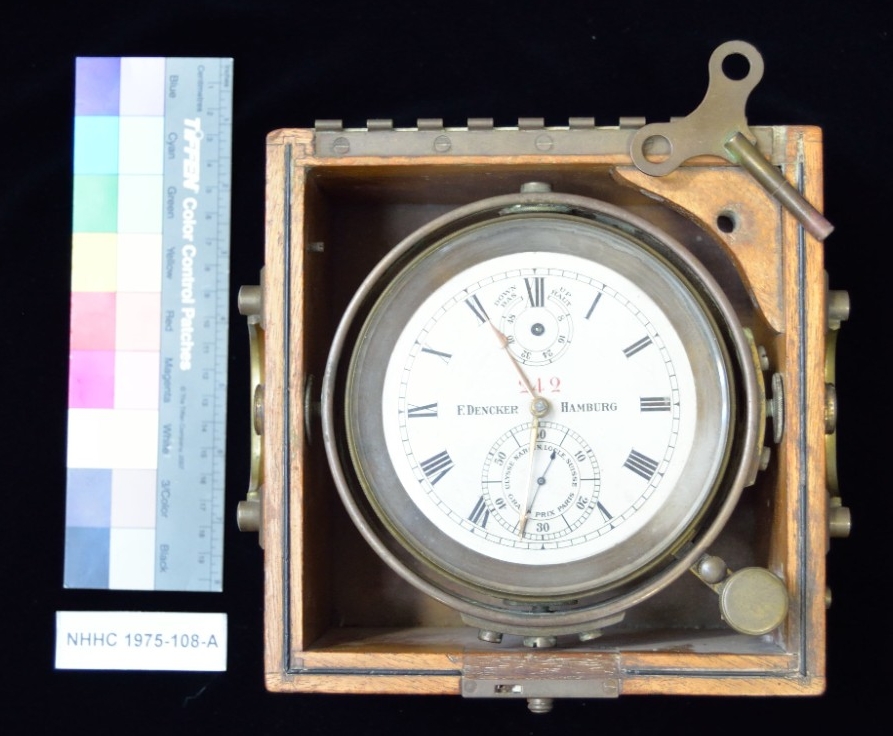 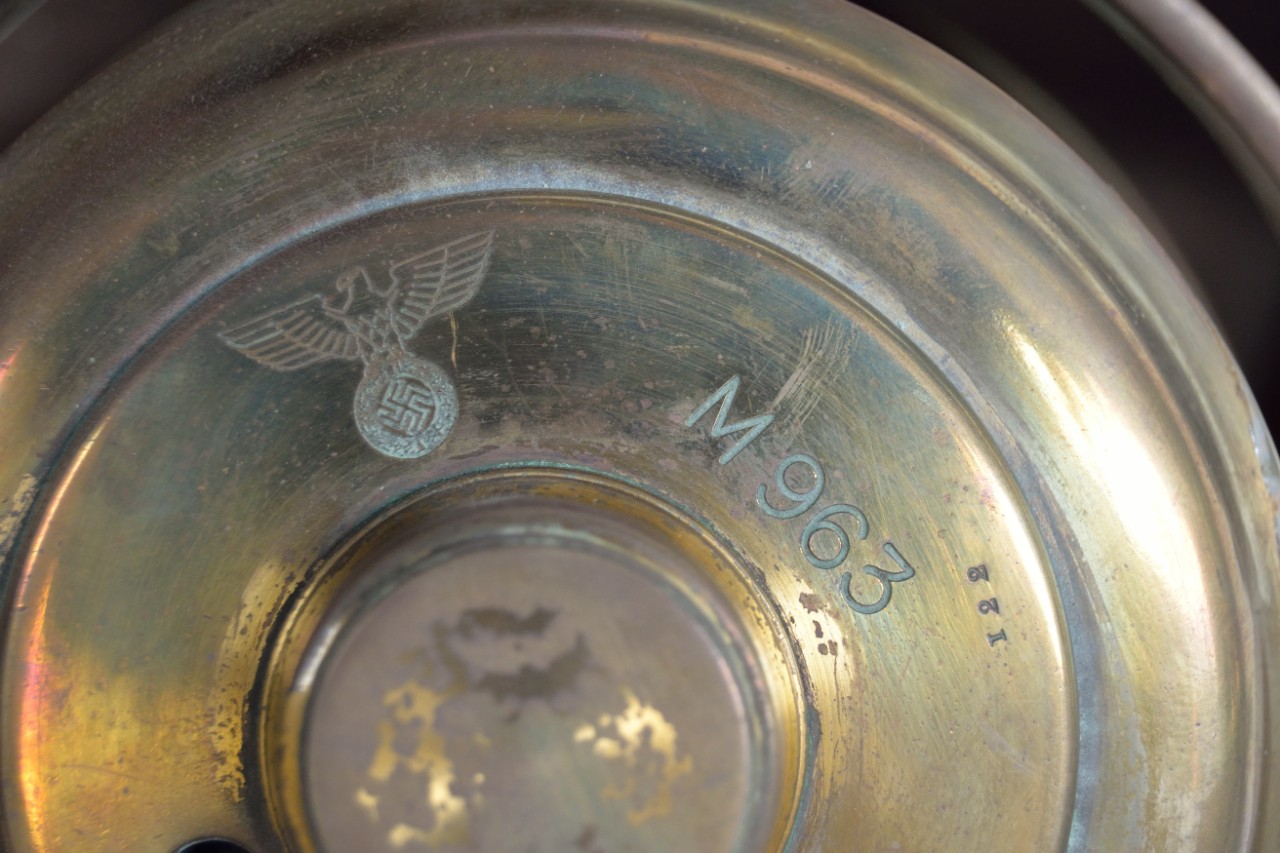