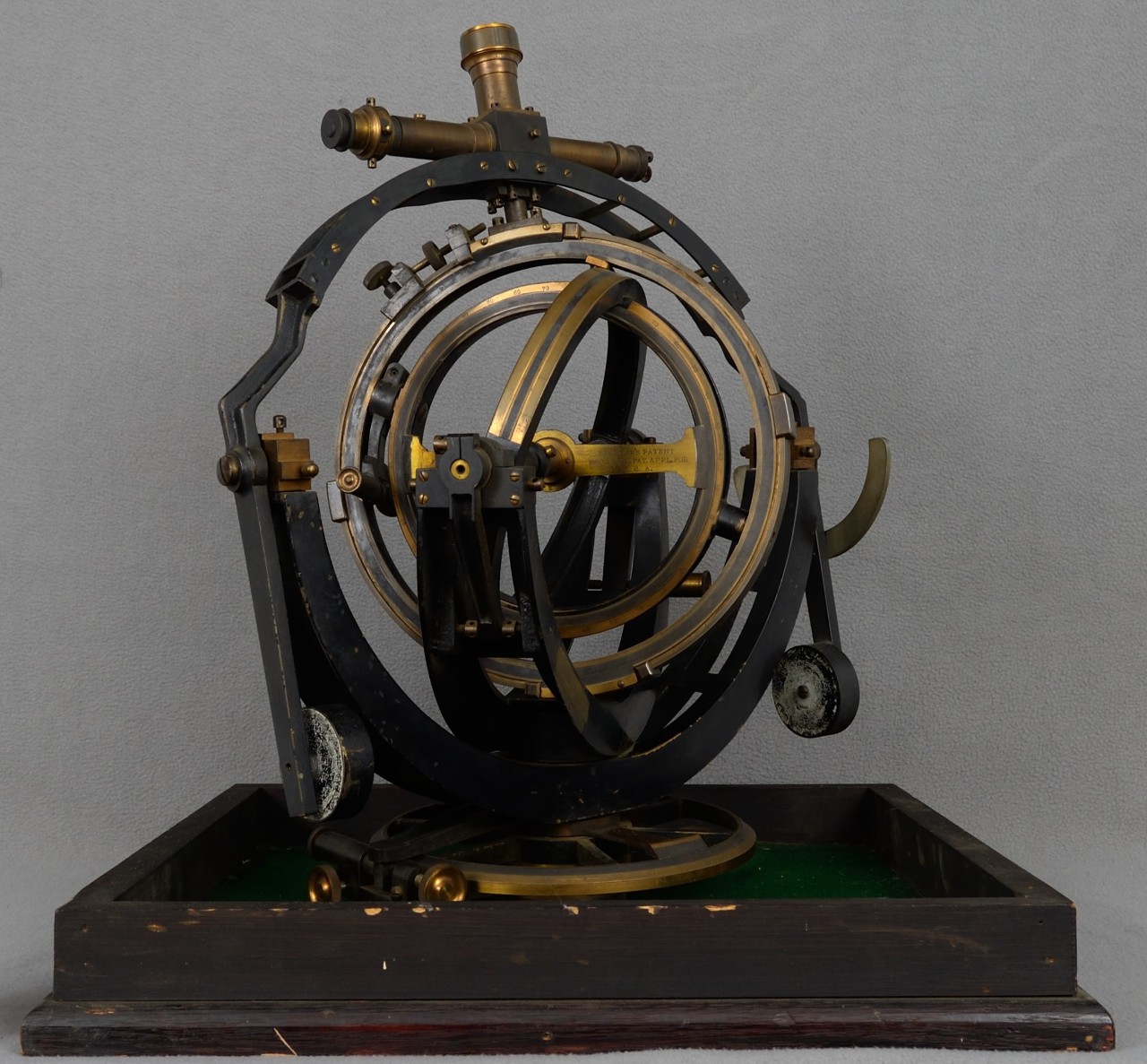 The spherical astrolabe, also called the Mechanical Navigator, assisted navigators on the ocean by helping measure the location of celestial bodies relative to the location of the user.  On this Navigator note the three vertices: the pole, the zenith, and the observed body.   While these were not frequently used on the ocean for navigation, they were frequently used to teach navigation. While latitude was easily determined by calculating the altitude of the sun, longitude was a more difficult to determine and not effectively solved until lunar distance calculations were done in the mid 1700’s.  The first chronometers to determine longitude were not developed until the early 1800’s.