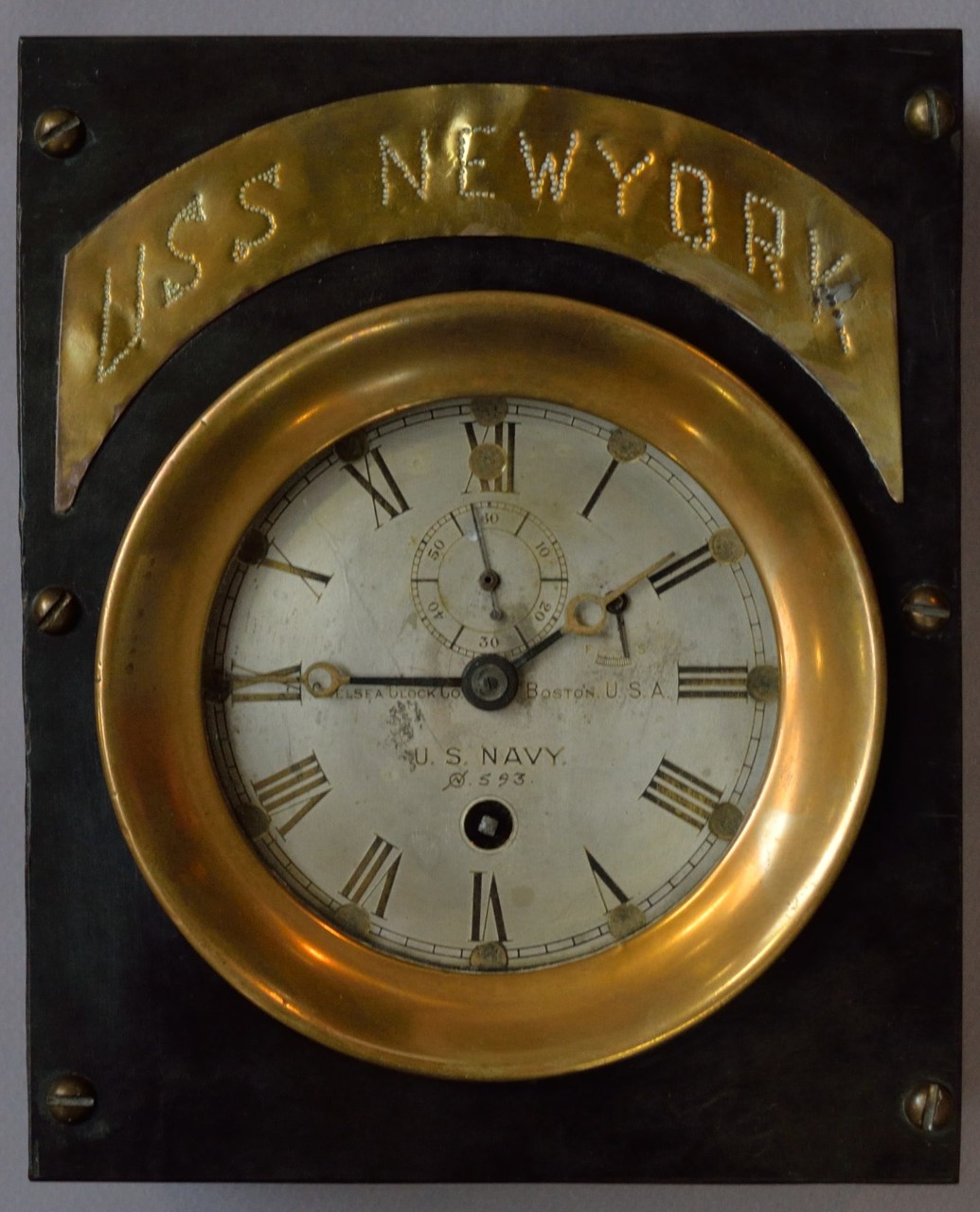 One ship's clock for the USS NEW YORK (BB-34) made by the Chelsea Clock Company of Boston, MA. The clock is housed in a rectangular wooden case with a glass face plate and a key winding mechanism. The clock face is silvered brass with the hours etched in roman numerals and a separate second hand dial. The clock face reads: "CHELSEA CLOCK CO. BOSTON. U.S.A. / U.S. NAVY. / N [inside a circle] .593."  There is a threaded brass ring which, upon removal, allows access to the clock face. Above the clock face is a brass plaque engraved USS NEW YORK.

This clock was removed from the USS New York (BB-34) prior to the ship being sent to Bikini Atoll for Operation Crossroads nuclear testing in 1946.

From the donor: “By the time I left the ship it was full of goats, rabbits, guinea pigs and assorted other small animals which were to be on the ship at the time of the explosion. They were expected to survive as the New York was considerably more than a mile from the explosion. As I left the ship I decided that I would save the clock we had in our quarters and put it in my bag. The New York survived the explosion- as was intended- as did all of the animals- to the delight of the traditional navy. However, within one month all of the animals were dead.”