Japanese barometer seized during the American occupation of Yokosuka, Japan in 1945 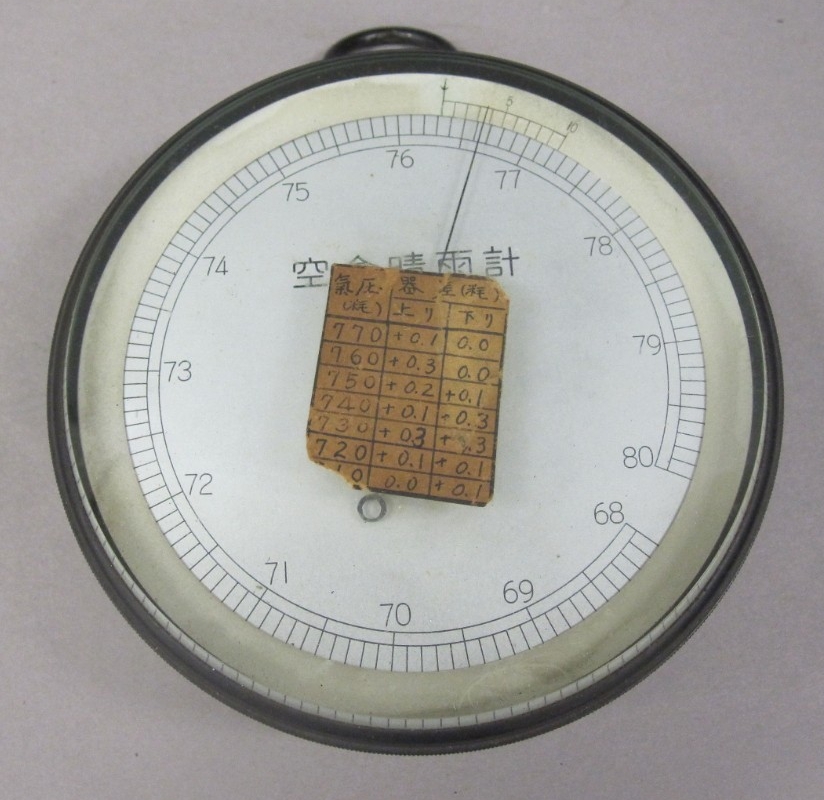 One Japanese barometer. It has a black metal outer case and glass face. The white paper face has black numbers around the edge with a needle in the center. A calibration sticker is attached to the center of the glass face. There are Japanese characters on the face of the barometer. A ring for mounting is located at the top of the case.

This barometer was lying on the desk of Vice Admiral Michitaro Totsuka, Commandant of the Naval Base, Yokosuka, Japan, when his headquarters were seized by the 4th Regiment, Sixth Marine Division, asssigned as the U.S. Third Fleet landing force upon the occupation of the Japanese mainland on 30 August 1945.  The barometer was presented to Major General Lemuel C. Shepherd, Jr, commanding the Sixth Marine Division, on his inspection of the 4th Marines on 5 September 1945.