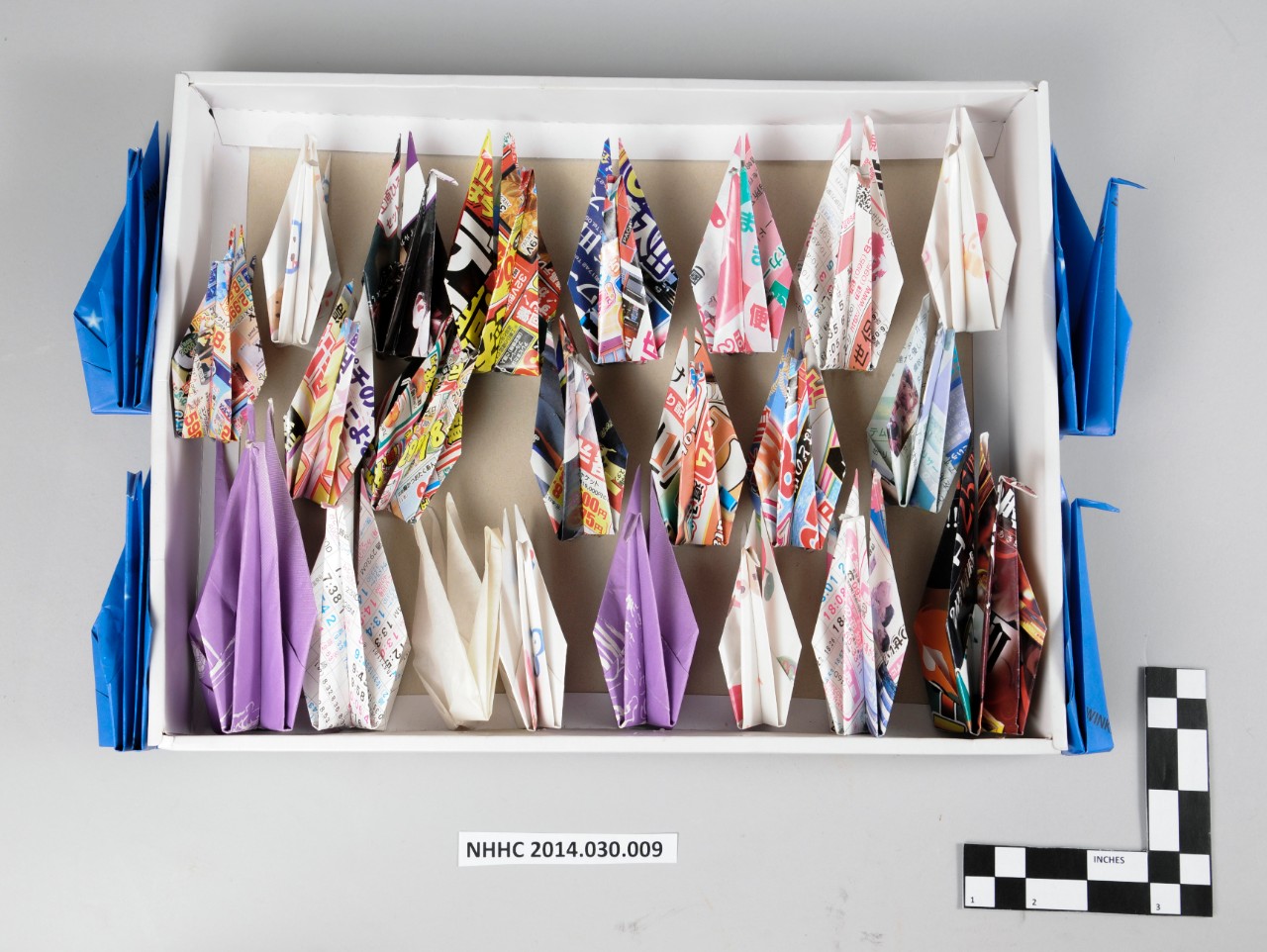 As a forward deployed ship based out of Japan, The USNS Observation Island (T-AGM-23) was tasked with electronically monitoring compliance and verification of strategic arms treaties using a passive electronically scanned array radar. The ship averaged 260 days a year at sea. While at sea, the sailors would learn origami to pass the time. This display of 28 origami paper cranes was on the bridge of the ship at the time of its inactivation in 2014. 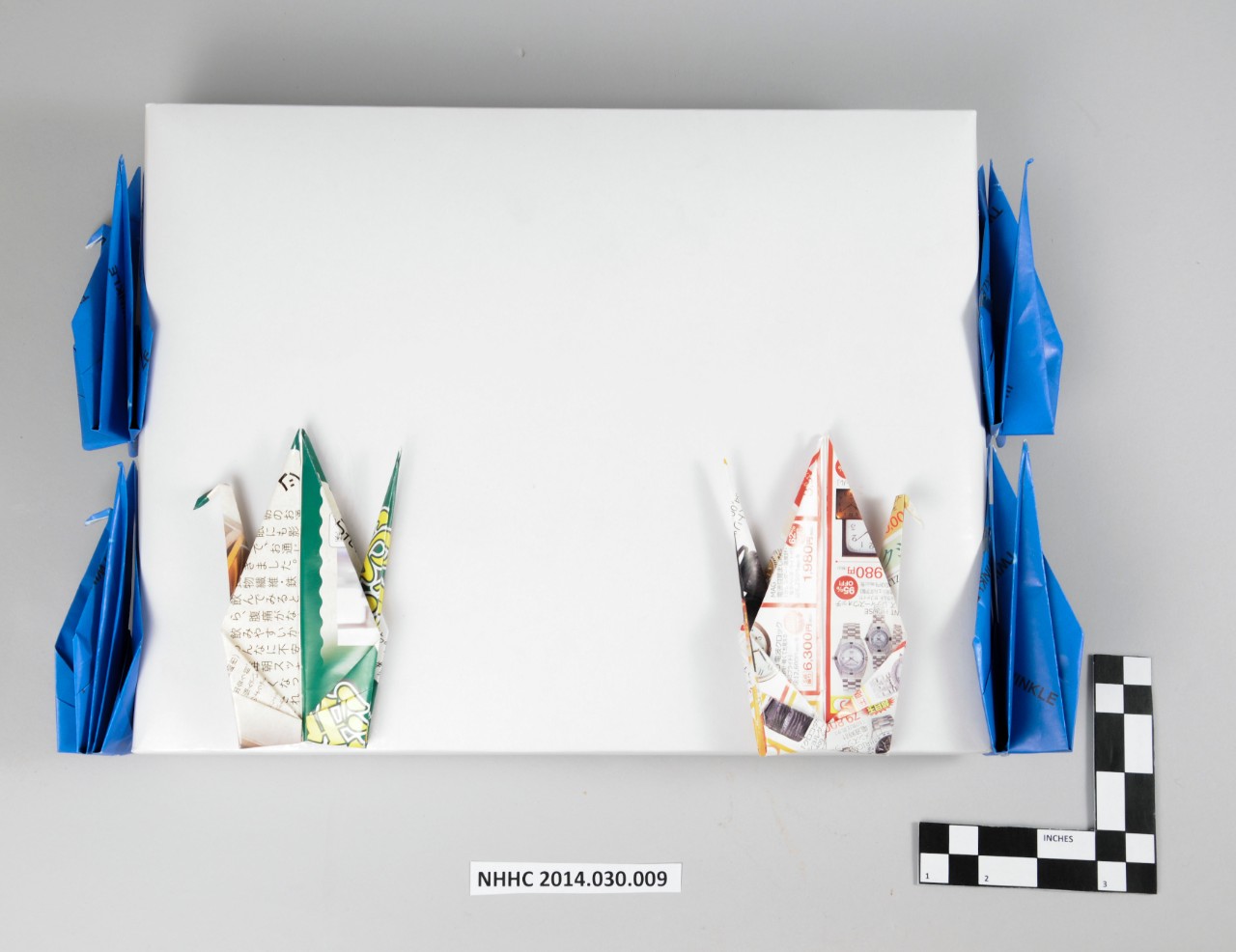 The USNS prefix stands for United State Naval Ship and classifies the ship as a non-commissioned ship belonging to the US Navy. They are unarmed auxiliary or support ships, commanded by a civilian crew in non-commissioned service. The class of USNS is operated by Military Sealift Command. In contrast, the USS prefix stands for United States Ship. The USS designation marks a ship that is armed, crewed by US Navy personnel, and held in property by the United States government.