Two boxing gloves from the 1928 Army-Navy Light-Heavyweight Championship Match. The gloves were worn by Army-Navy Light-Heavyweight Champion, Donald “Denny” Lenhart. The text on the obverse side of one of the gloves is "DENNY LENHART/ALL SERVICE/CHAMPIONSHIP/1928" while the other glove’s inscription is no longer readable. The outside of each glove is orange-red while the inside of each glove is white. The inside of the glove is padded with other fabrics to protect fingers and hands from damage during a boxing match. This glove has shoelace ties that would go around the boxer's wrist during a match. The reverse side of the glove contains 5 holes that would have been centered on the palm of the boxer's hand. 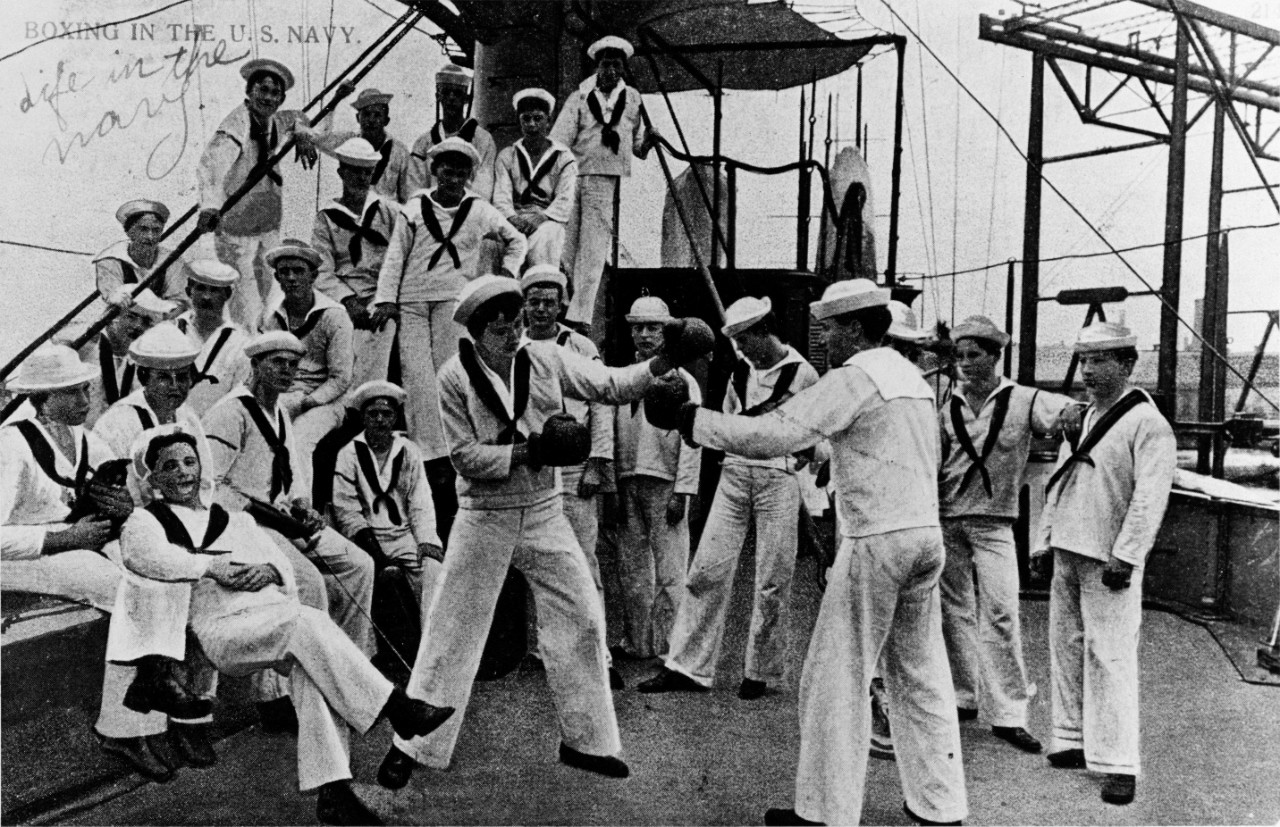 Navy sporting events have formed an important part of the life of sailors since the Navy’s founding. Many of these first athletic events came out of shipboard drill, such as climb-the-rigging races or boat races. Some of the earliest boxing matches in the Navy appear to have been impromptu events coming out of settling personal grudges between sailors. Boxing matches often were clandestine events that ran contrary to shipboard policy.

With the transition to a steam-powered Navy from a sail-powered Navy, officers were concerned that the sailors under their command would not get enough exercise. As a result, more organized sporting events began to take shape. 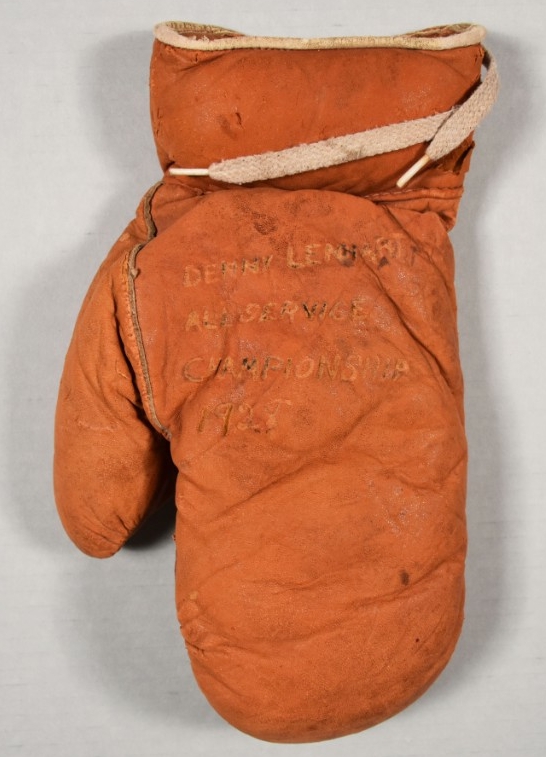 By 1900, Navy Regulations explicitly mentioned boxing as an appropriate sport for participation in the fleet. It was also believed that events such as boxing could improve morale during long voyages and could be used to attract new recruits to the service.

These boxing gloves from 1928 show the passion that existed for such events back then and our continued interest in those events today.

Both boxing and Army-Navy events have only grown in popularity and these gloves are a reminder of this historic rivalry and how Navy athletics still play a role in fleet’s life today. 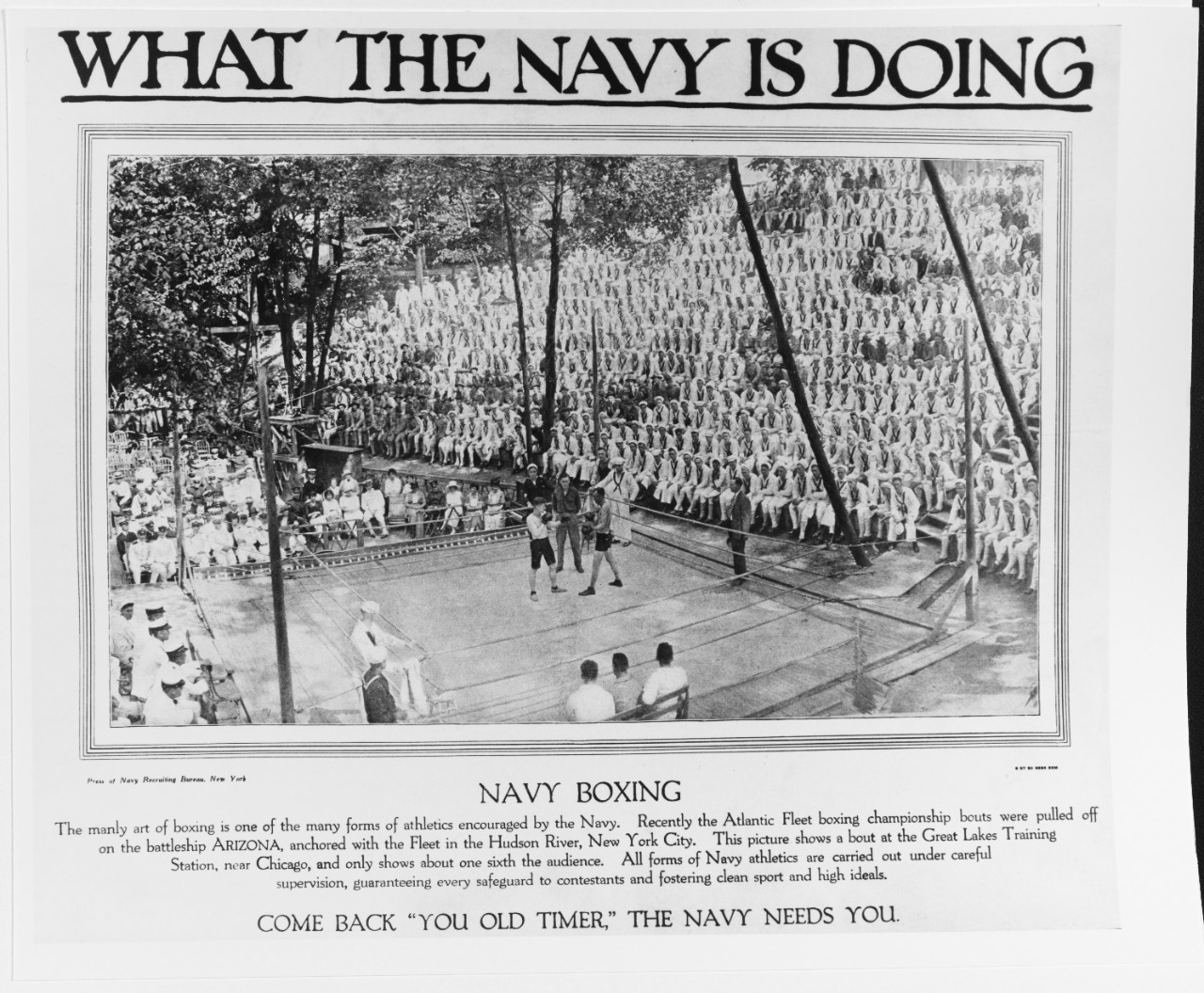