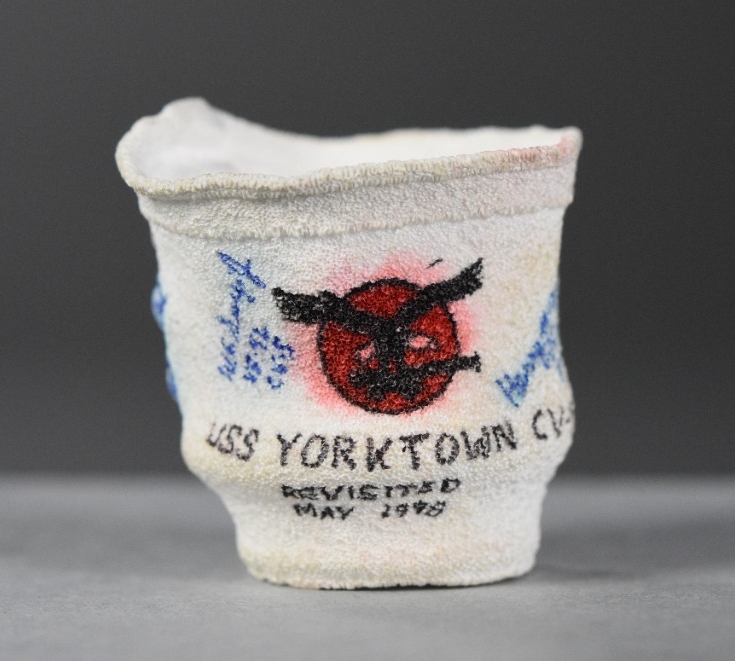 One crushed 8oz. Styrofoam coffee cup. On the obverse is a drawing of an eagle with outstretched wings, gripping a cannon in its talons, on a field of red (the insignia of USS Yorktown CV-5). Below the insignia is “USS Yorktown CV-5 / Revisited / 19 May 1998.” The cup bears the signatures of Dr. Robert Ballard, Harry H. Ferrier / VT-8 DET / Midway, W.F. Surgi / VF-42 / CV-5, and two Japanese survivors from the Battle of Midway.

The USS Yorktown (CV-5) was sunk at the Battle of Midway on 6 June 1942. In May 1998, famed underwater explorer Dr. Ballard led an expedition in search of the wreck of the Yorktown. She was discovered on 19 May 1998, at 16,650 feet below the surface of the Pacific Ocean. This cup is one of approximately 200 illustrated by Bill Surgi and placed inside a laundry bag aboard the submersible vehicle that was documenting the wreck of the Yorktown. The pressure at the wreck’s depth crushed the cup.

During the expedition, Dr. Ballard was accompanied by several survivors of the Battle of Midway. Bill Surgi, the artist behind this cup, was an aviation mechanic attached to the Yorktown fighter squadron VF-42 at the Battle of Midway. Harry F. Ferrier was an aviation radioman with torpedo squadron VT-8. Of the six planes of VT-8 that launched from the island of Midway on 4 June, Ferrier’s battered plane was the only one to return. 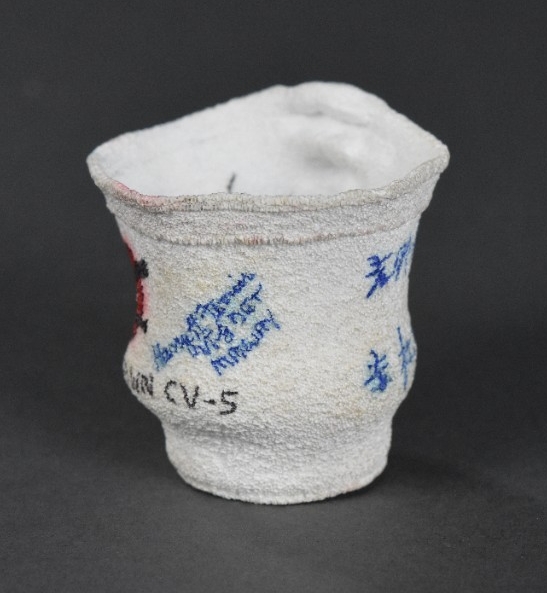 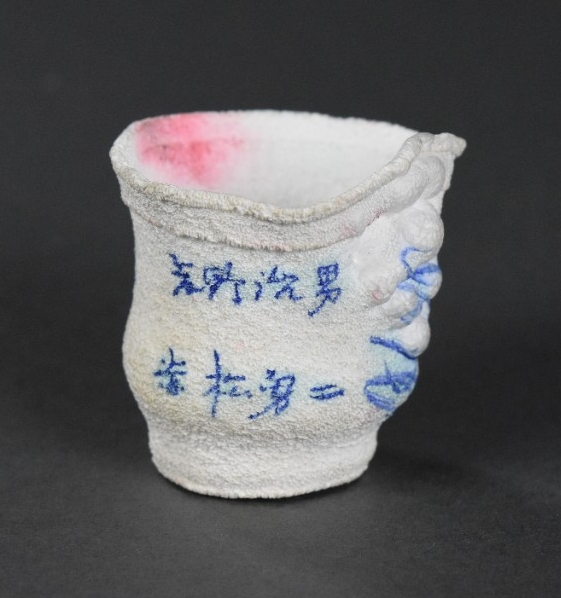 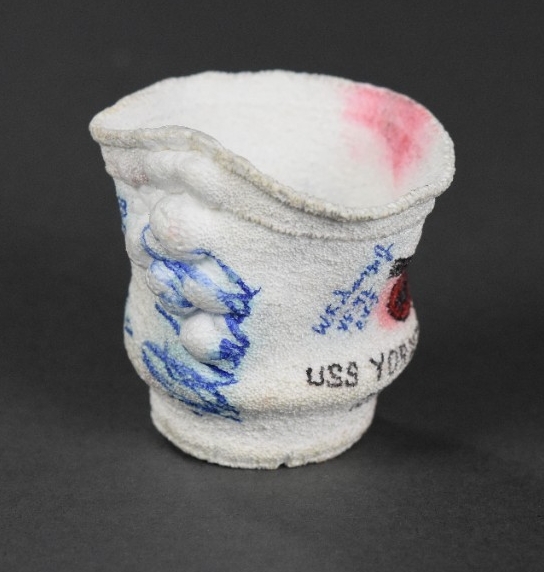