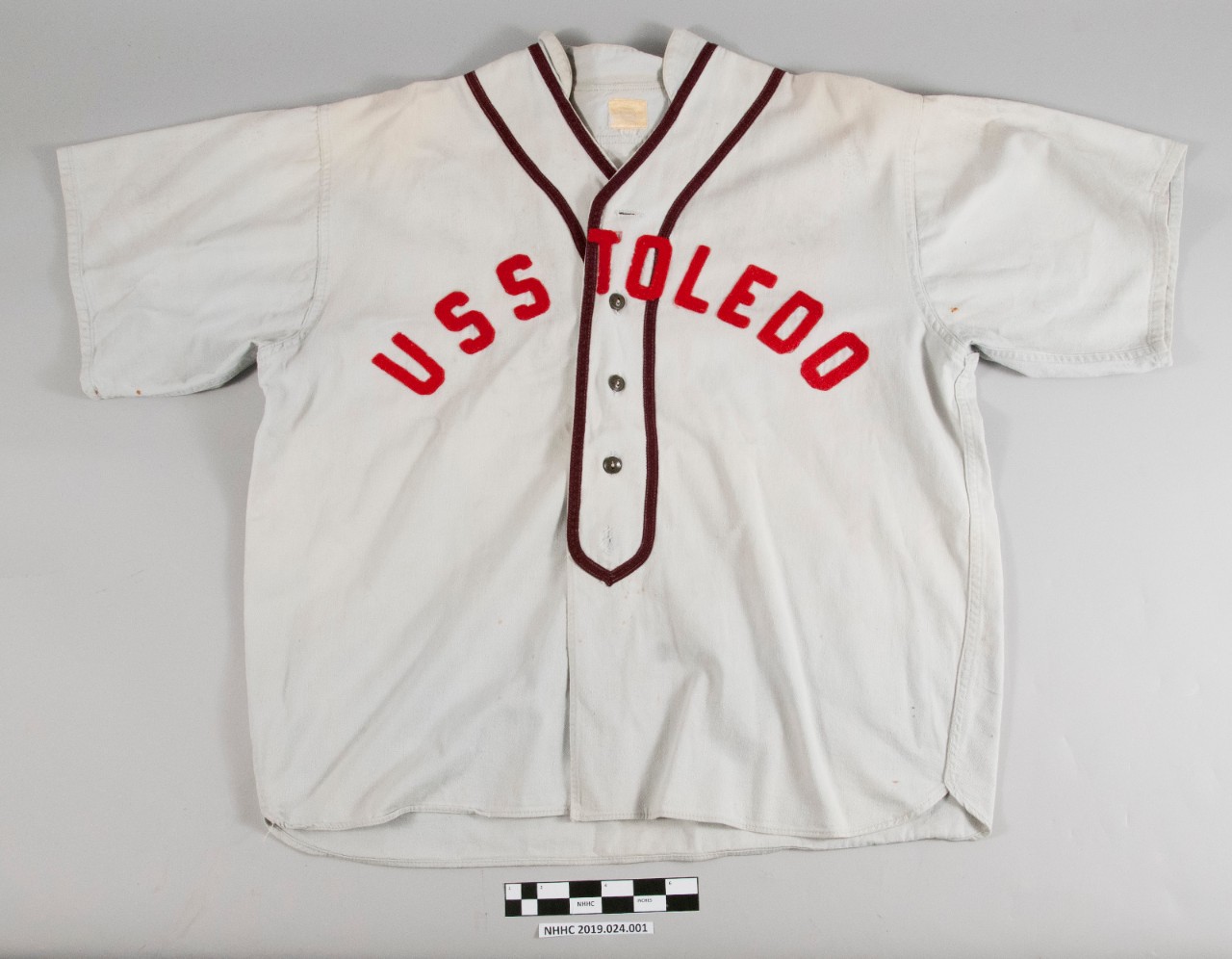 One baseball uniform from the USS Toledo (CA-133). The uniform is off-white with red lettering "USS Toledo" on the obverse and 24 on the reverse. There are two brown stripes around the collar of the blouse and one down both sides of the trousers. There are four brown plastic buttons on the obverse of the blouse. The trousers are short and have elastic at the bottoms.

This baseball uniform was worn by a ship's pipefitter serving aboard the USS Toledo. The sailor played catcher for the ship's team. Shortly after her commissioning in 1946, the Toledo was deployed in support of the occupation of Japan. The ship's baseball team would play against the local teams in Japan. 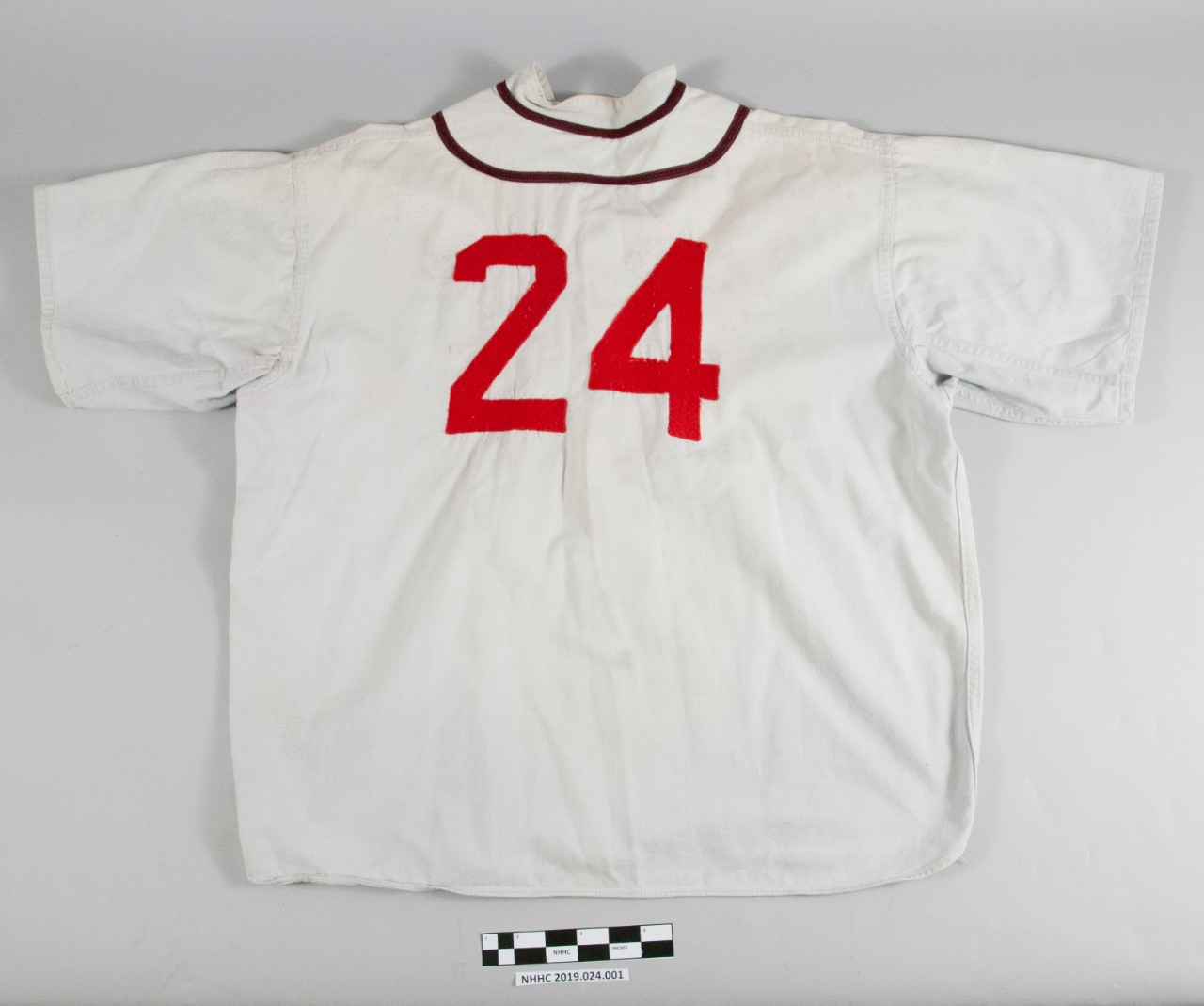 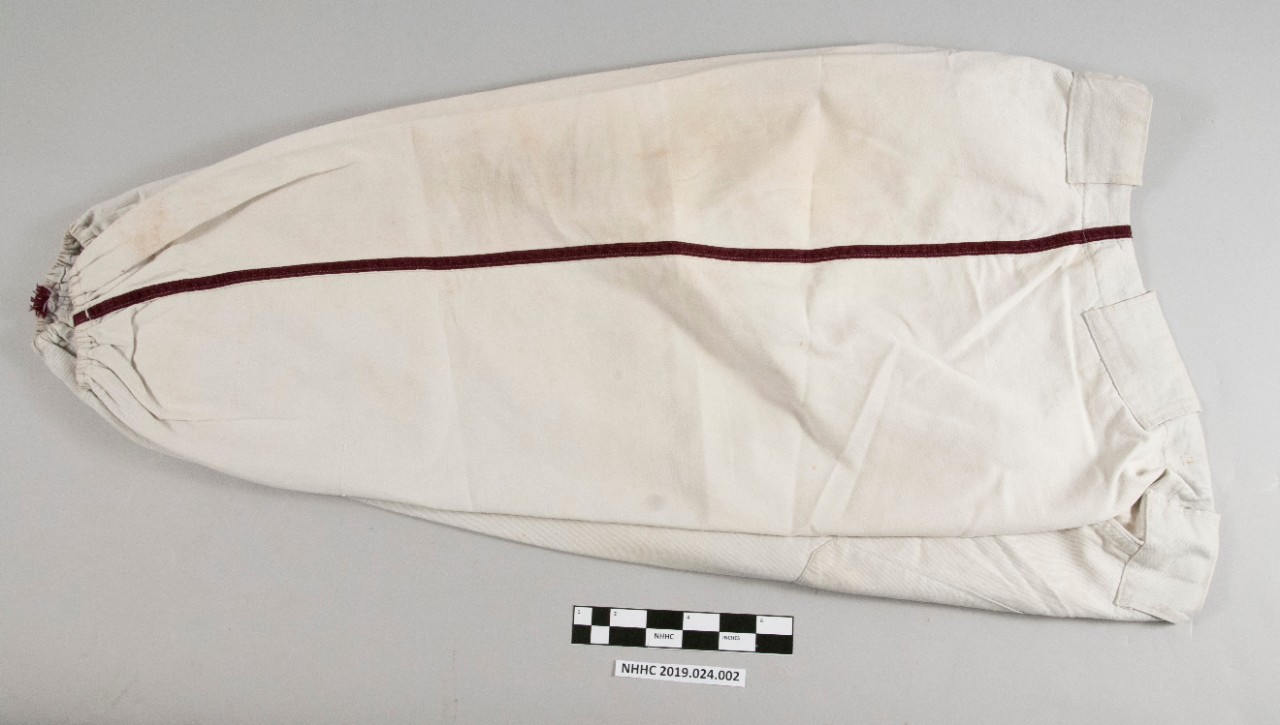