Game Preliminaries in Front of Bancroft Hall, US Naval Academy 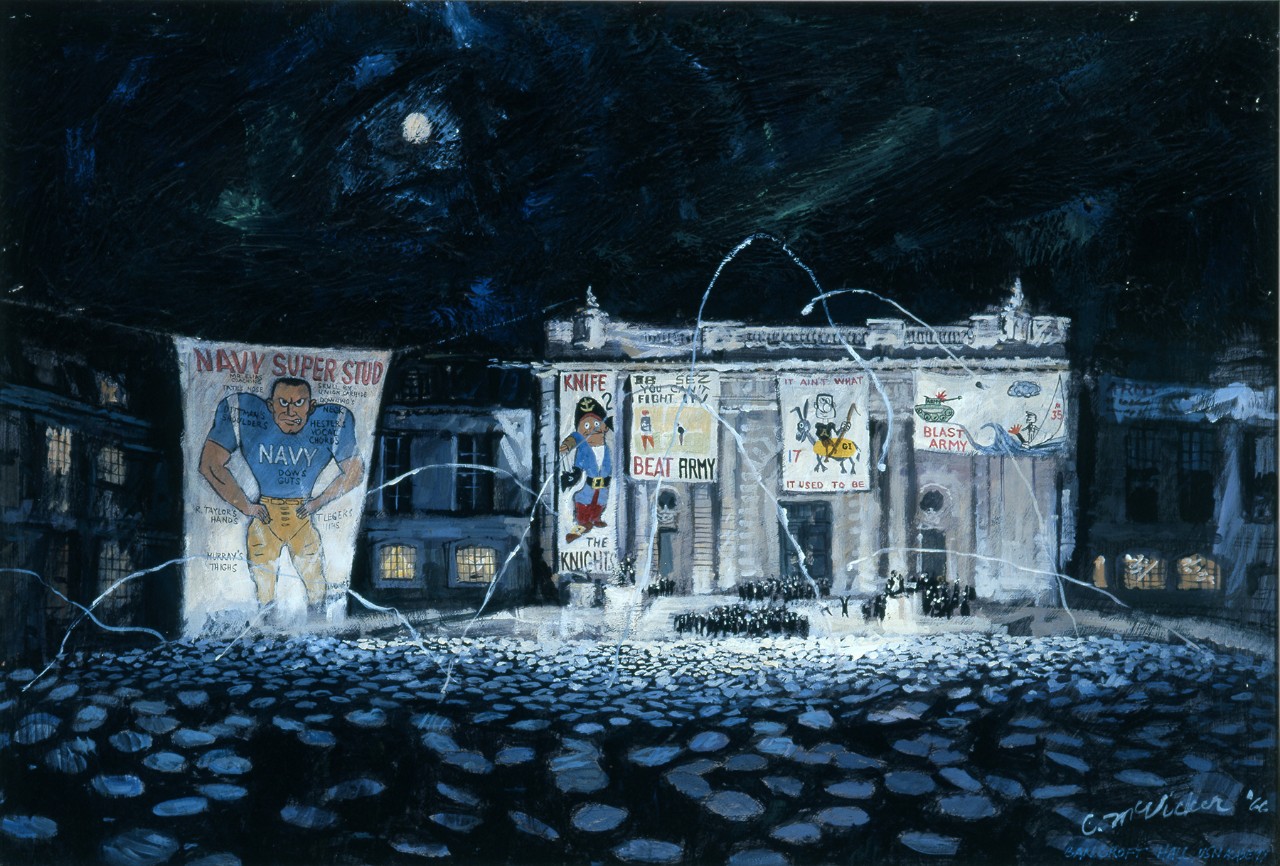 Oil painting on canvas depicting Bancroft Hall at night by Charles T. McVicker, (22.5"x 32.5"), 1966. Night scene depicting banners set against the backdrop of Bancroft Hall depict variations on the "Beat Army" motto. Before Bancroft Hall is a mass of midshipmen, only their white uniform hats illuminated.

The game between the Army Black Knights of the United States Military Academy at West Point, NY and the Navy Midshipmen of the United States Naval Academy at Annapolis, MD marks the end of the college football regular season and represents one of the most traditional and enduring rivalries in college football. Artist Charles T. McVicker captured the game day preparations and spirit of rivalry at the Naval Academy during the 1966 Army Navy Game weekend. Banners set against the backdrop of Bancroft Hall depict variations on the "Beat Army" motto. Despite the spirit on display at the Naval Academy, the 1966 game ended in an Army victory (20-7).