"The Return of the Mayflower"

Arrival of Destroyers at Queenstown 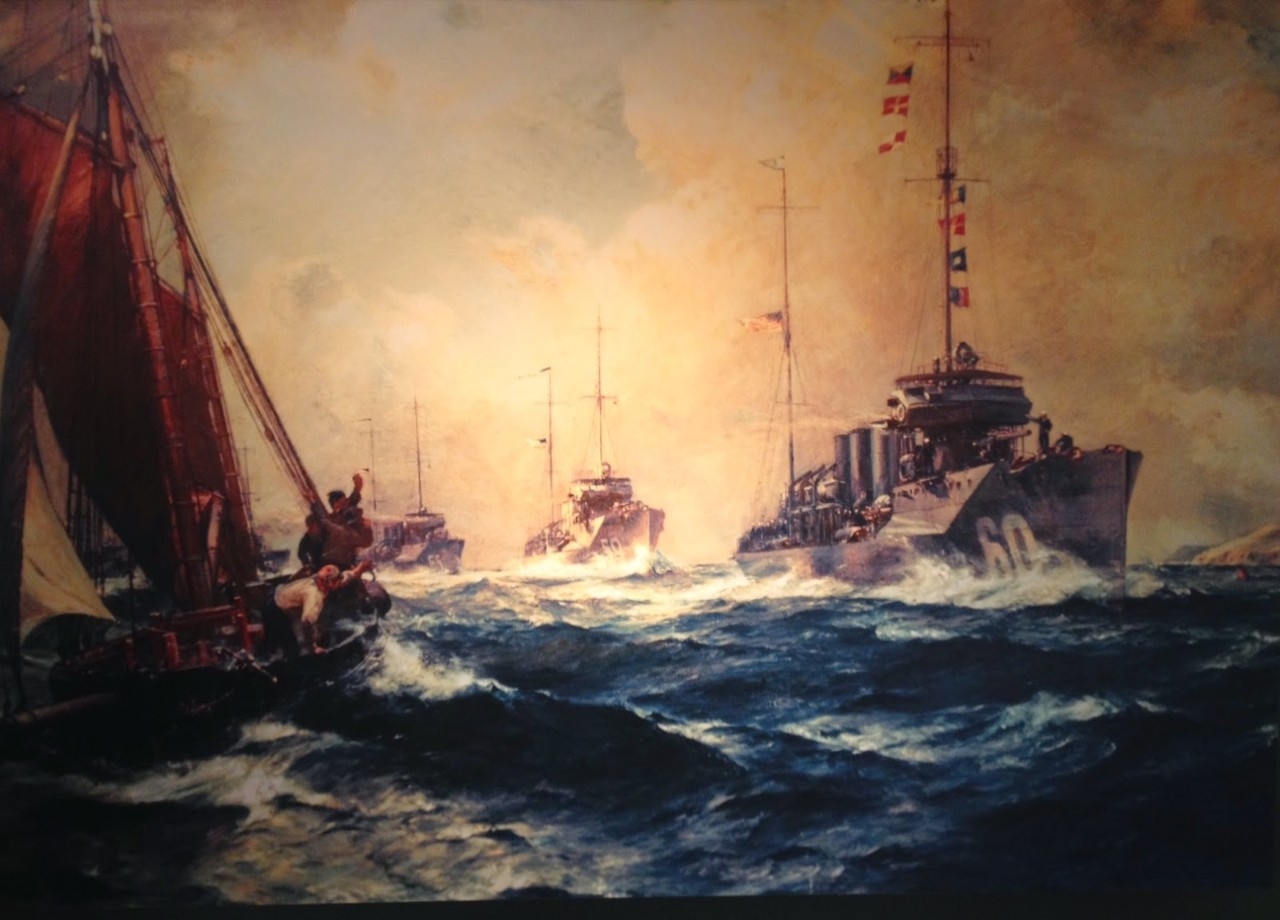 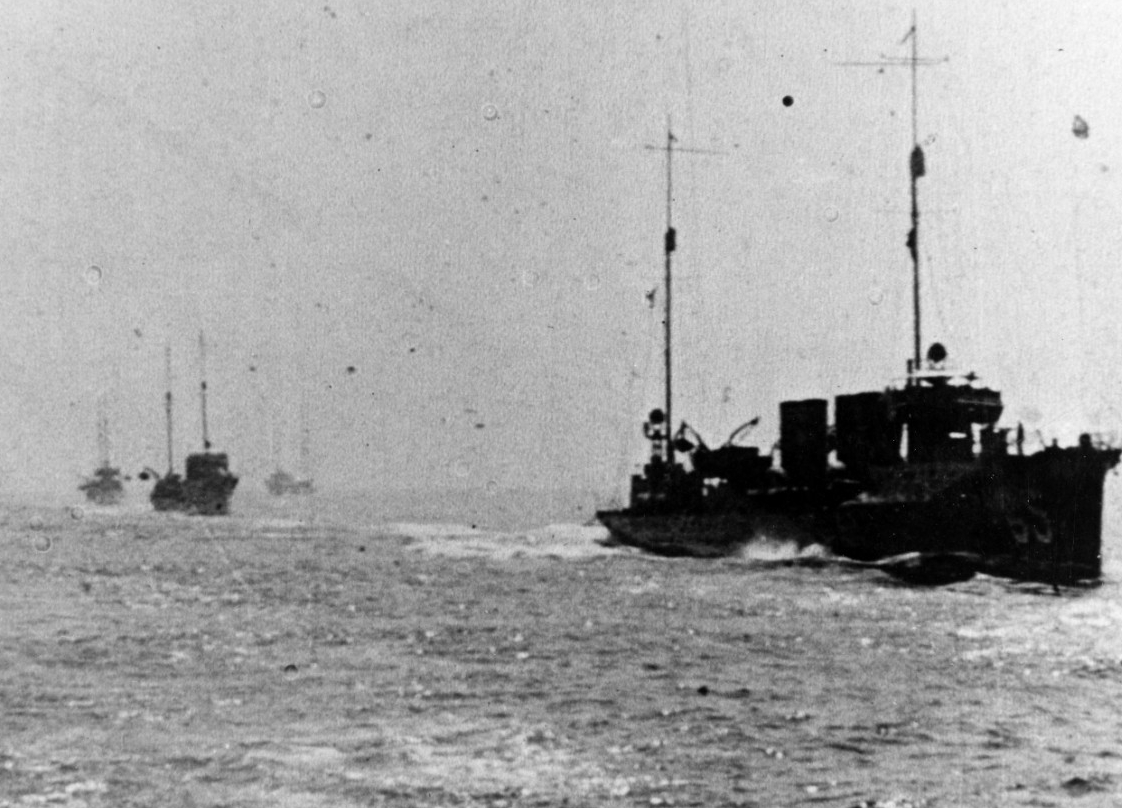 The United States entered World War I on 6 April 1917 when Congress declared war on the German Empire. Literally days later, American Naval officials met with their counterparts from the French and British navies who revealed the dire situation of the Allied war effort. This same message was being sent to U.S. Navy leadership by Rear Admiral William S. Sims, the officer sent to liaise with the British Admiralty in London. German submarines were inflicting tremendous losses on shipping bound for Allied European ports, particularly those in Great Britain. These losses were causing a disruption in supply shipments to the Allies that threatened to starve them into submission. The Entente Naval Officials requested assistance from the U.S. Navy including the dispatch of destroyers and small antisubmarine vessels to combat the submarine menace. President Woodrow Wilson, Secretary of the Navy Josephus Daniels, and Chief of Naval Operations Admiral William Benson agreed to initially dispatch six destroyers to Europe, a number soon increased to 36.

On 24 April 1917 six destroyers of Division Eight, Destroyer Force, Atlantic Fleet, under Commander Joseph Taussig were tied up in Boston, Massachusetts, prepared to depart immediately upon receipt of orders. The vessels were among the most advanced destroyers in the Navy at the time. Sealed orders from Washington arrived that morning and at 1645 Davis (Destroyer No. 65) shoved off and steamed for open sea followed in single file by McDougal (Destroyer No. 54), Wainwright (Destroyer No. 62), Conyngham (Destroyer No. 58), Taussig’s flagship Wadsworth (Destroyer No. 60), and Porter (Destroyer No. 59). At a prescribed position fifty miles east of Cape Cod, Taussig unsealed his orders in which Secretary of the Navy Josephus Daniels tasked the Division “to assist naval operations of the Entente Powers in every way possible.” He ordered the vessels to sail to the British naval base located at Queenstown (now Cobh) on the Southern Coast of Ireland, ideally located to combat the submarines infesting the strategically essential Western Approaches to the British Isles. 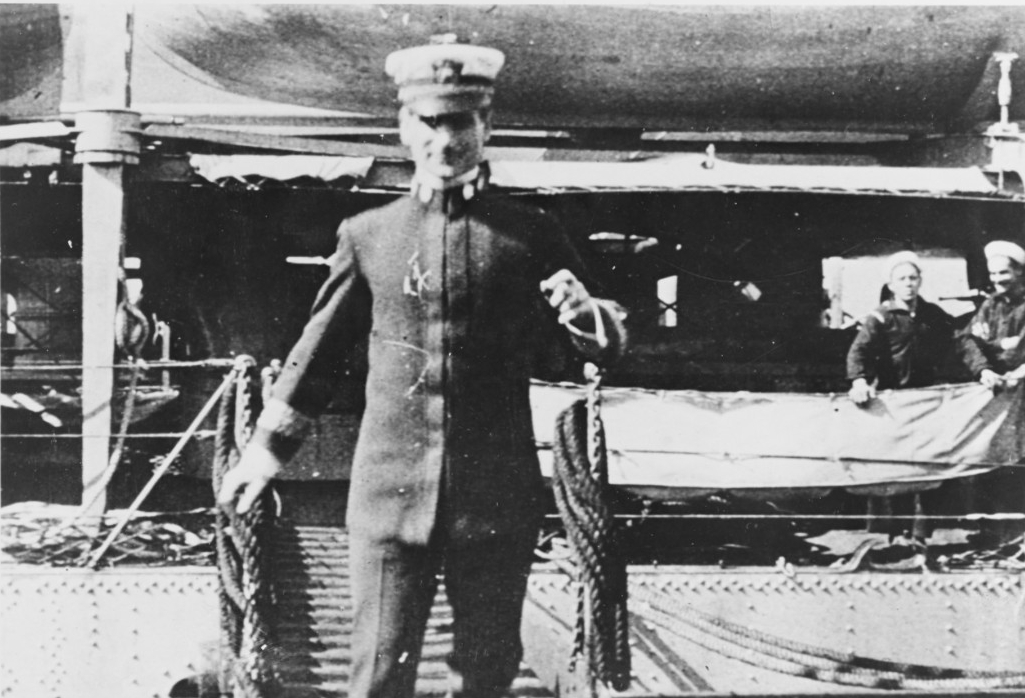 After a difficult transatlantic cruise that was fraught with mechanical troubles and rough seas, the division encountered the British destroyer Mary Rose off the coast of Ireland on 3 May. The British vessel hoisted the signal “Welcome to the American colors,” and escorted her allies to Queenstown. On the afternoon of 4 May 1917, the American Sailors arrived at Queenstown. As British and American Naval officials greeted the destroyers, small boats full of civilians packed the harbor and the town cathedral sounded a bell rendition of “The Star Spangled Banner.” Motion picture clips taken of the arrival circulated throughout the British Isles in the following weeks and provided a needed morale boost to the populace. The pomp and celebration almost did not occur; only hours before Division Eight arrived, British minesweepers had cleared a path through a freshly laid German minefield outside of the harbor. The Germans had anticipated the American arrival as well.

After the Division tied up at their Queenstown moorings, Commander Taussig and the ship captains reported to Vice Admiral Sir Lewis Bayly, RN, Senior Officer on the Coast of Ireland. Naval folklore states that Bayly inquired when the Americans would be ready for sea. Commander Taussig immediately replied “We are ready now, sir.” While Taussig wrote in his diary that he did not recall ever saying this, he does note that another American officer, who was in the room, assured him that he had said it. Nevertheless, after limited training and the installation of depth charges on some of the American destroyers, they departed from Queenstown for their first antisubmarine patrol on 8 May 1917. 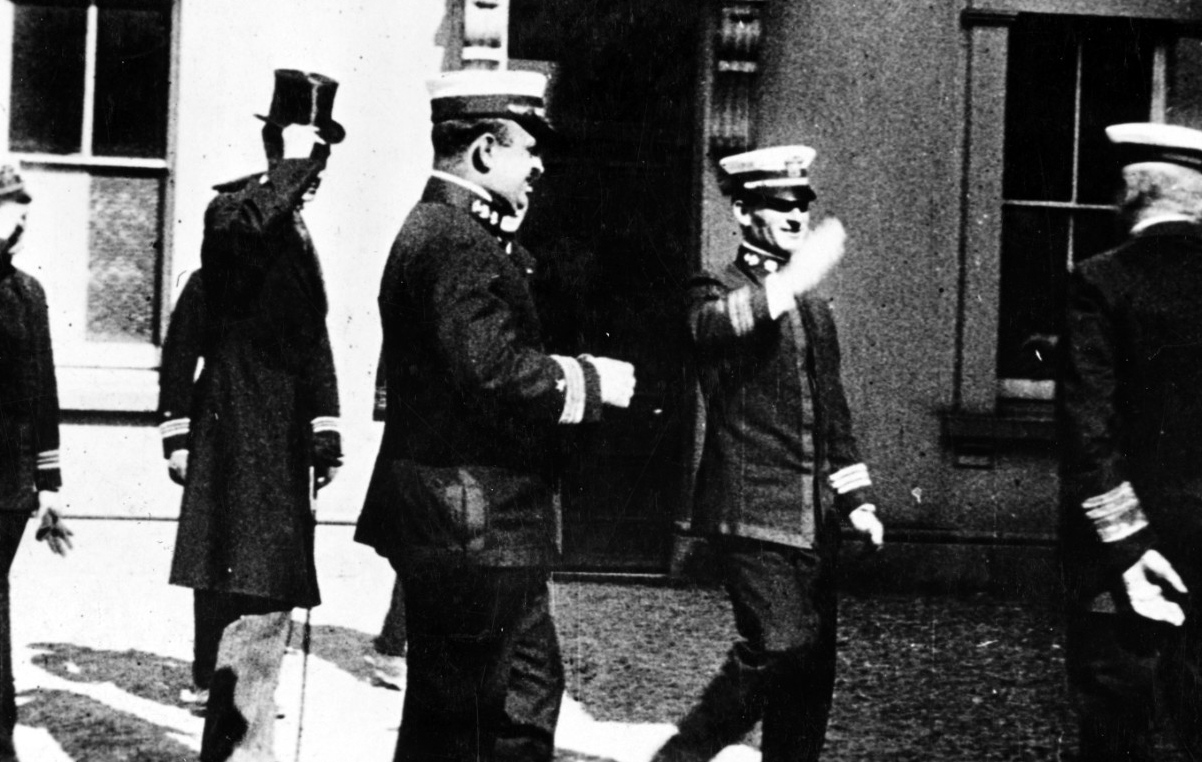 The Atlantic crossing of Division Eight marked the first of many such wartime voyages. By 6 April 1918, 59 American destroyers operated in European Waters. U.S. Navy destroyers and other antisubmarine craft helped provide the strength needed to effectively combat the German submarine offensive. With increasing numbers of vessels on hand, Allied officials instituted a convoy system that drastically lowered shipping losses from German submarines. As part of that system, American destroyers escorted transports carrying over 1.25 million American service members without the loss of a single European-bound transport. These destroyers also escorted some 27% of merchantmen carrying cargoes to England, France, and Italy. In short, the U.S. Navy contributed to defeating the submarine blockade, thereby keeping Great Britain in the war. The troops the Navy escorted to Europe convinced the German army high command that continuing the war was a fruitless endeavor and thereby directly contributed to victory on land. The arrival of Division Eight, an event referred to as “The Return of the Mayflower,” has come to symbolize the U.S. Navy’s significant contribution to the Allied victory in the First World War.