On May 13, 1908 President Theodore Roosevelt signed the Naval Appropriations Bill which authorized the establishment of the Nurse Corps. The original cadre of women was known as the, “sacred twenty.” They were groundbreaking as the first females to serve in the United States Navy. This group included three superintendents of the Nurse Corps one of whom, Lenah Sutcliff Higbee, was the first female to be awarded the Navy Cross for her service.

The nurses were excluded from the Naval ranking system and African American women were denied the opportunity to serve. With the outbreak of World War I recruitment increased and the nurses served in hospitals in the United States, France and Britain as well as in field hospitals. Navy nurse Mary Elderkins described her experience: “I don’t believe one of us had ever imagined men could be so absolutely ‘shot to pieces.’ Many of them were the Marines who had crossed with us on the U.S.S. Henderson….I cannot describe those nights-the long hours spent at the sterile table, or in giving anesthetics or in doing the many tasks about the room; the intense suffering of the wounded; the ghastly sights and nauseating smells when gas gangrene was present.” (Schneider 1991, 116.)

The uniforms displayed below form part of the Navy History and Heritage Command, Curator Branch collection and are circa World War I. 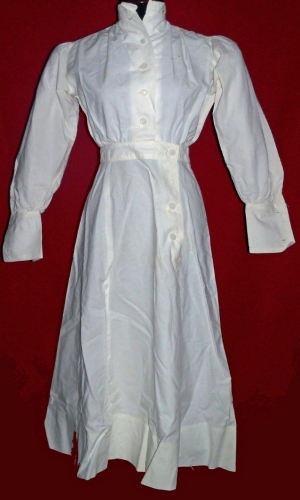 White dress with button down front to bodice, gathered at waist, 4-button side opening on skirt, double-turn back cuff. Collar buttoned at throat, ankle length 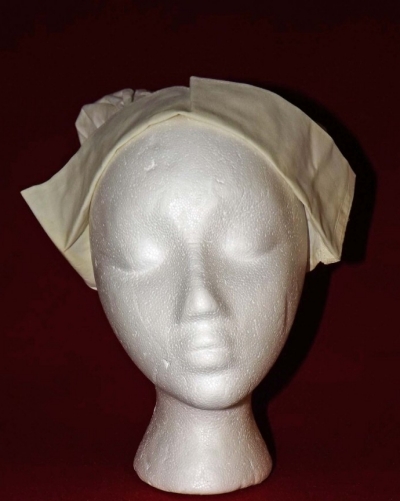 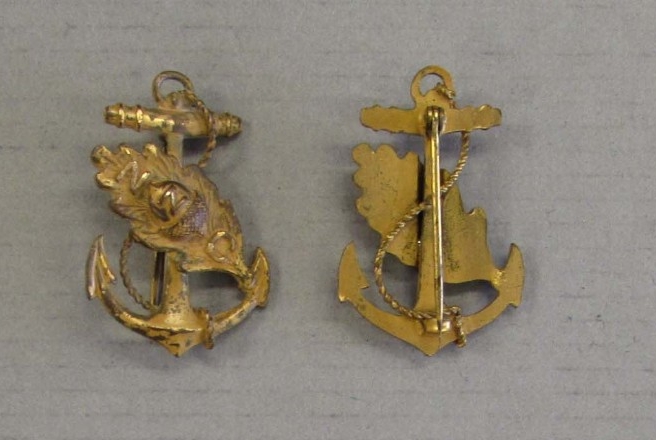 Establishment of Navy Nurse Corps in 1908: 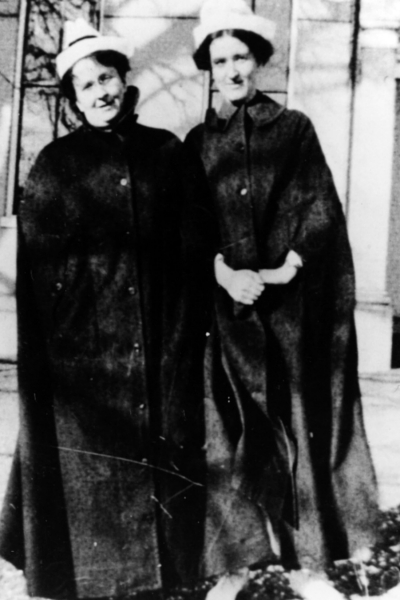 Miss Bowman is at left (presumably Josephine Beatrice Bowman, who became Superintendent of the Navy Nurse Corps in 1922) one of the original "Sacred Twenty". Courtesy of the Nursing Division, Bureau of Medicine and Surgery, September 1962. U.S. Naval History and Heritage Command Photograph