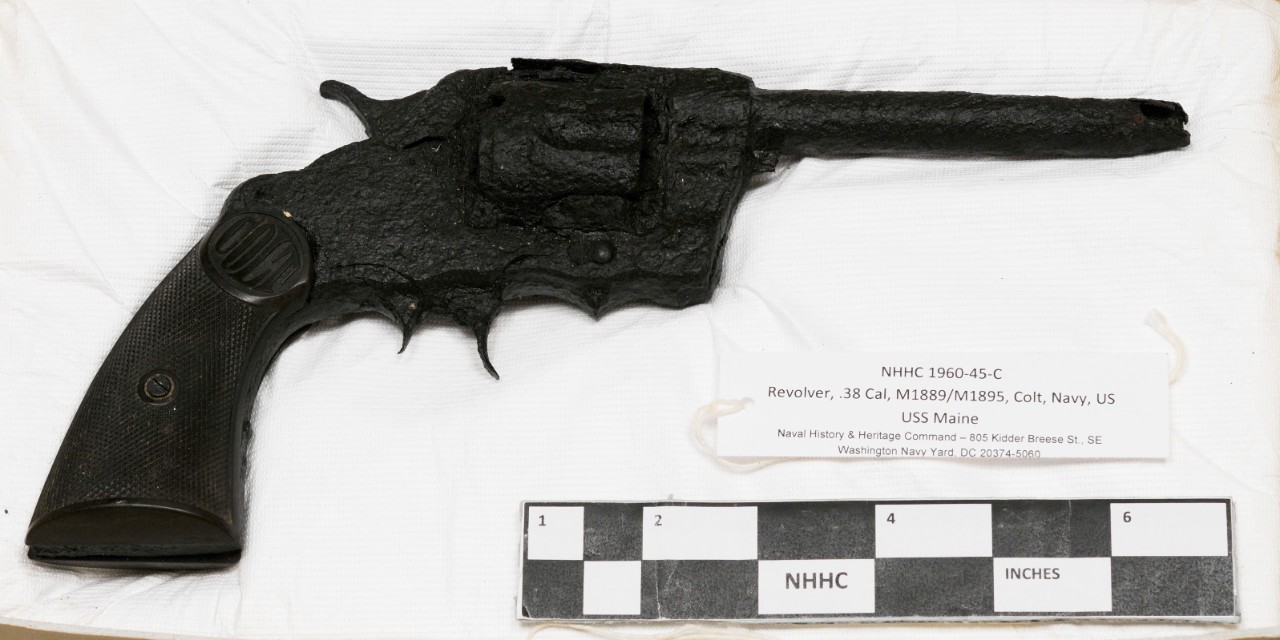 The heavily corroded condition of this revolver is attributed to the approximately thirteen years it spent underwater aboard the wreck of the USS Maine (ACR-1). In 1898, an explosion caused the Maine to sink in Havana Harbor, Cuba. The ship was raised and salvaged from 1910 to 1912, at which time material was removed as souvenirs and for memorials. It is assumed that the revolver was recovered at this time as the ship was subsequently towed out to sea, scuttled and sunk.

When the USS Maine (ACR-1) was fitted out in 1895 it was provided with the latest design in small arms, including the Colt “New Navy” revolvers. Small arms were carried aboard ship primarily for the use of the US Marine detachment and the ship’s company when engaged in landing party operations. Officers, Petty Officers and personnel such as signalmen, buglers and color bearers would be armed with revolvers while part of a landing force. The Officer of the Deck and the Master at Arms would also carry a sidearm while performing their duties aboard ship.