A breech-loading, single shot rifle firing a .303 caliber, rimmed metallic cartridge. The rifle has a falling-block breech operated by an under-lever extending from the bottom of the breech and ending in a loop against the wrist of the stock. Moving the lever down and forward drops the block, cocks the action and ejects a spent cartridge after firing allowing a fresh cartridge to be loaded through the top of the breech. The action uses an internal striker to fire the cartridge rather than an external hammer. A teardrop shaped indicator on the right side of the receiver points towards the butt when the action is cocked. The rifle is full-stocked with a three-piece walnut stock that includes a butt with steel butt plate and a two-piece handguard with two barrel bands and a nose cap. The nose cap has a mount for a sword bayonet. The loop trigger guard and both bands had sling swivels attached, but the front swivel is missing on this example. The rifle has an adjustable rear leaf sight mounted to the barrel and a fixed front sight near the muzzle.

The Martini-Enfield is a modification of the famous .577 caliber Martini-Henry rifle that armed British regulars at such battles as Rorke’s Drift and Isandlwana during the 1879 Anglo-Zulu War. Adopted in 1871, the Martini-Henry was the first purpose-designed breech-loading, metallic cartridge rifle in British service. The rifle combined the breech-loading action of Swiss designer Friedrich von Martini with the rifling designed by Alexander Henry, a Scotsman. Martini’s design relies heavily on an earlier design by an American, Henry O. Peabody. In 1889, the Martini-Henry rifles were converted to fire the then-new .303 caliber cartridge initially by being re-barreled with Metford rifled barrels. However, the Metford design was found to wear out too quickly when the .303 ammunition was converted to smokeless powder in 1895. The rifles were then converted using a new barrel designed by the Royal Small Arms Factory at Enfield Lock, creating the Mk 1 Martini-Enfield. The rifles stayed in British service until 1918 and in reserve status in the Commonwealth through World War II.

The example shown is a commercially produced copy manufactured in Great Britain in the early 20th century for export or use by the Volunteer Training Corps. It comes from the collection of the US Navy’s Bureau of Ordnance, which acquired weapons such as this for study and experimentation. 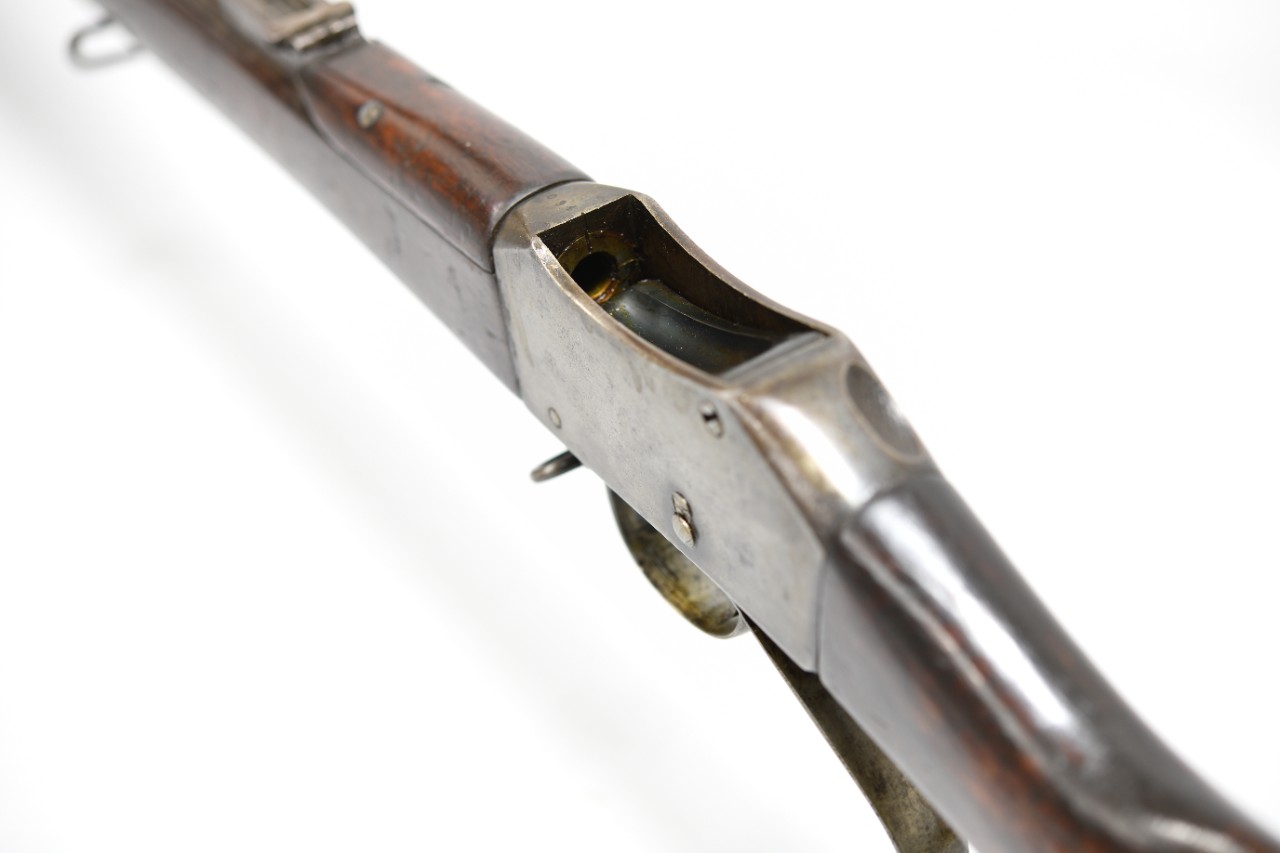