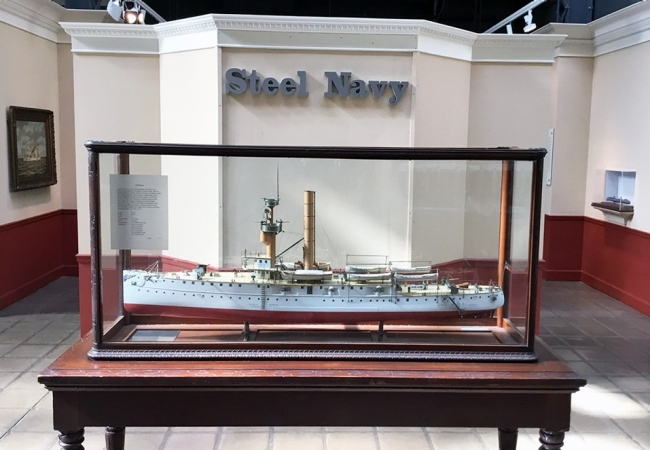 On March 3, 1883, after eighteen years of neglect, the United States began a period of naval moderinization with Congress authorizing the construction of the country's first steel warships: the protected cruisers Atlanta, Boston, Chicago, and the gunboat Dolphin, known as the "ABCD Ships".   These ships paved the way for the armored battleships such as Texas and Maine.  In the next two decades, a significant relationship was formed between the United States steel industry and the Navy, resulting in a series of technological advancements that revitalized American sea power.  The developments made during this period laid the foundation for the Navy's present-day superpower status.

Interesting artifacts, artwork, and models in the Steel Navy exhibit include: