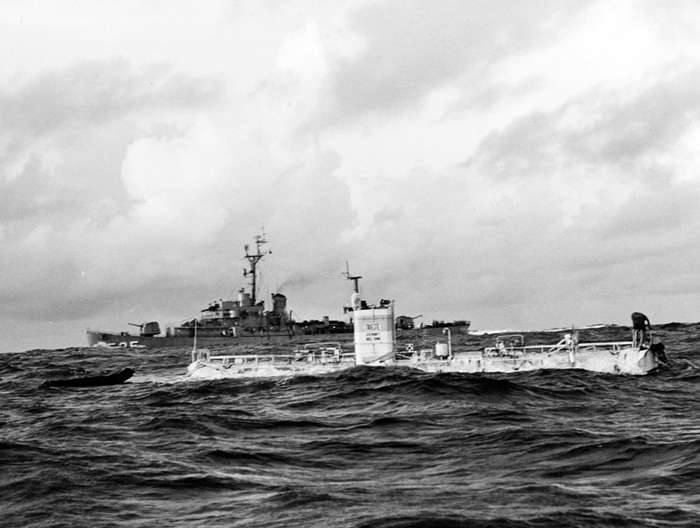 In October 1959, Trieste began a series of U.S. Navy-sponsored dives in the western Pacific Ocean.  This collection of deep dives, titled Project Nekton, culminated on January 23, 1960, when Trieste touched the bottom of the Mariana Trench.

Oceanographer Jacques Piccard and U.S. Navy Lieutenant Don Walsh successfully piloted Trieste seven miles down, and back to the surface, for a total of nine hours.  Surviving on 15 chocolate bars and heated cannisters to keep warm, the team focused on controlling the vessel's buoyancy and conserving energy.   At a depth of 32,400 feet, a startling burst in the observation window caused cracks to form.

This unexpected setback shortened Trieste's stay at the bottom to 20 minutes.   The crew wasted no time.  They watched flatfish and shrimp swim above the sea floor, tested the area for radiation, and called the surface ships to report that, for the first time, mankind reached Challenger Deep.