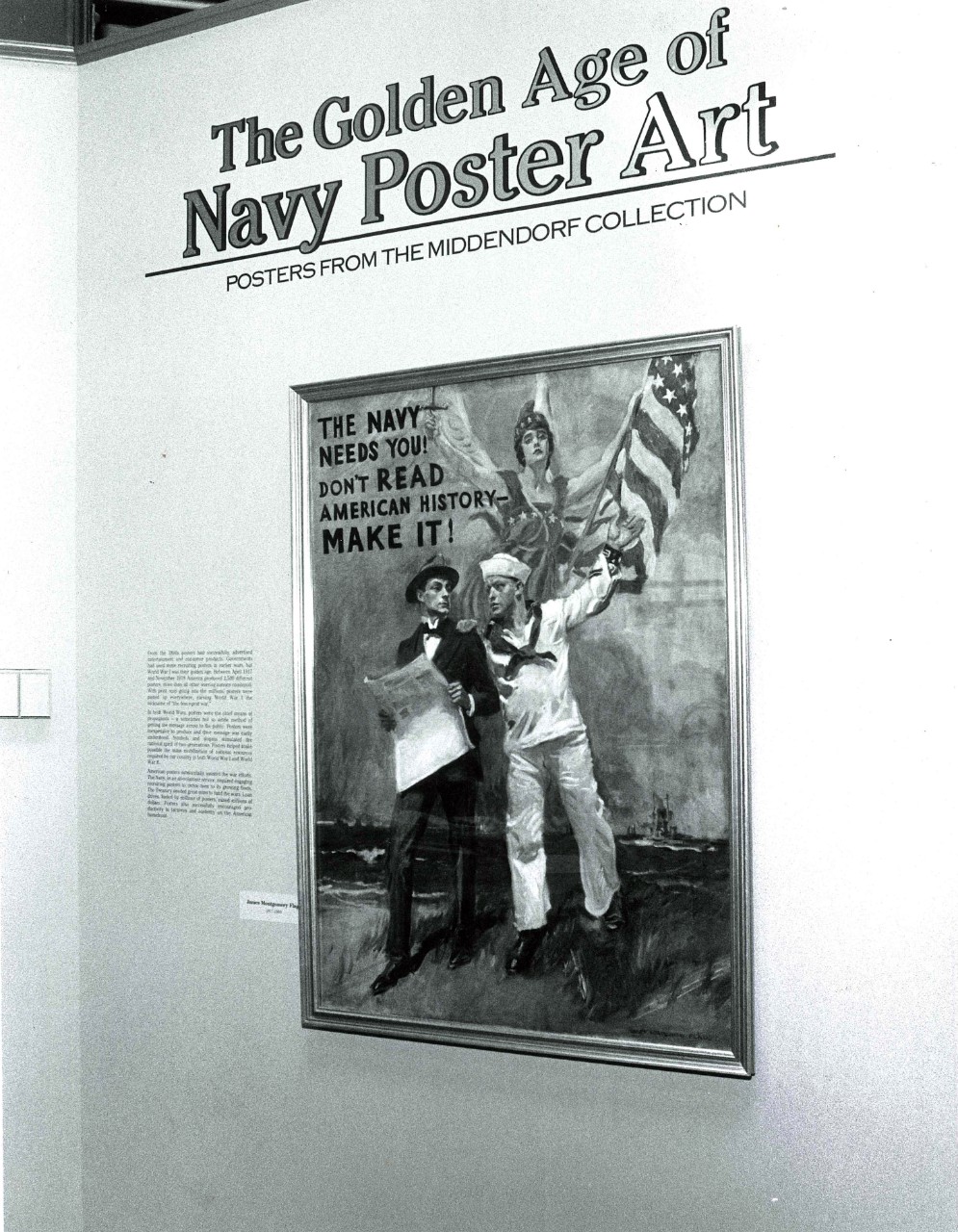 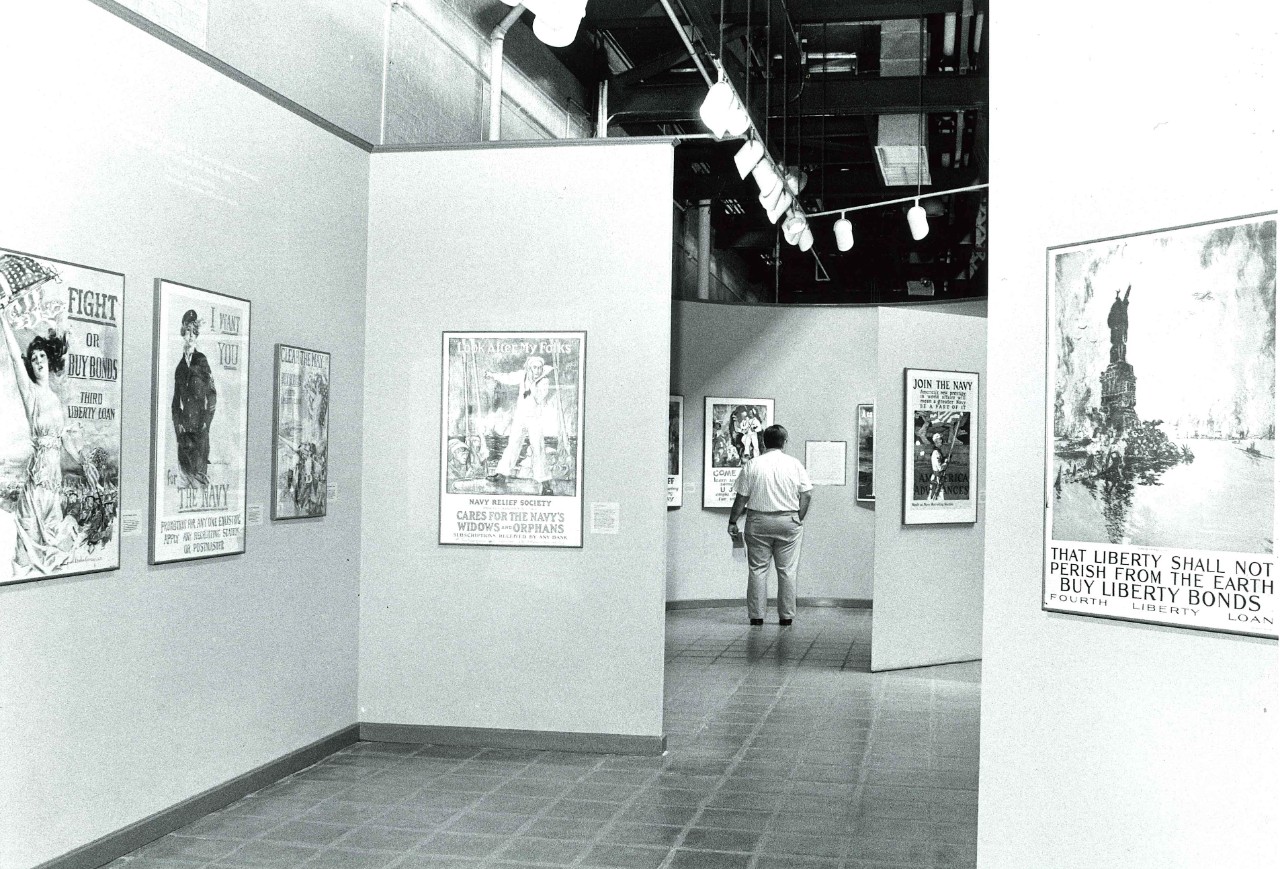 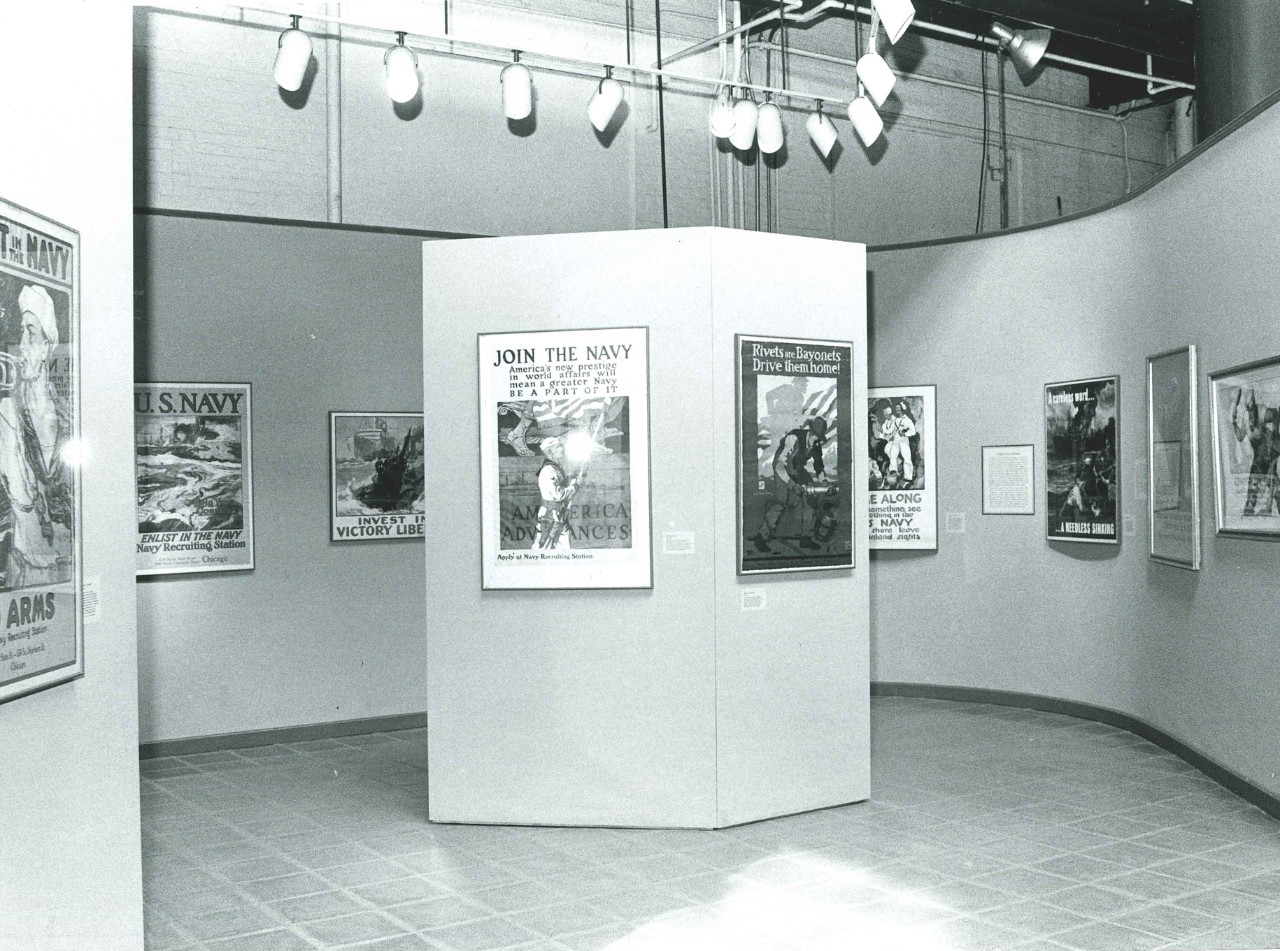 From the 1890s posters had successfully advertised entertainment and consumer products. Governments had used some recruiting posters in earlier wars, but World War I was their golden age. Between April 1917 and November 1918, America produced 2,500 different posters, more than all other warring nations combined.

“Place upon every wall, in America the call to, patriotism and to service…” Cass Gilbert, Associate Chairman of Division of Pictorial Publicity.”

World War I was the greatest and most prolific period of poster art in America. Across the country posters aroused the people to aid their nation in its hour of need. Waving their usual fees, Chandler Christy, Henry Reuterdahl, and James Montgomery Flagg produced over 700 posters.

World War I posters appealed to 19th century values and stereotypes – like the image of Columbia – while the women in World War II posters changed into career women.

By World War II, posters were no longer as important a medium as they had been in World War I. Radio, newspapers, magazines and movies now played a great role in reaching the public. The posters’ style differed from that of earlier war reflecting a shift in temperament – the struggle was inescapable not heroic. 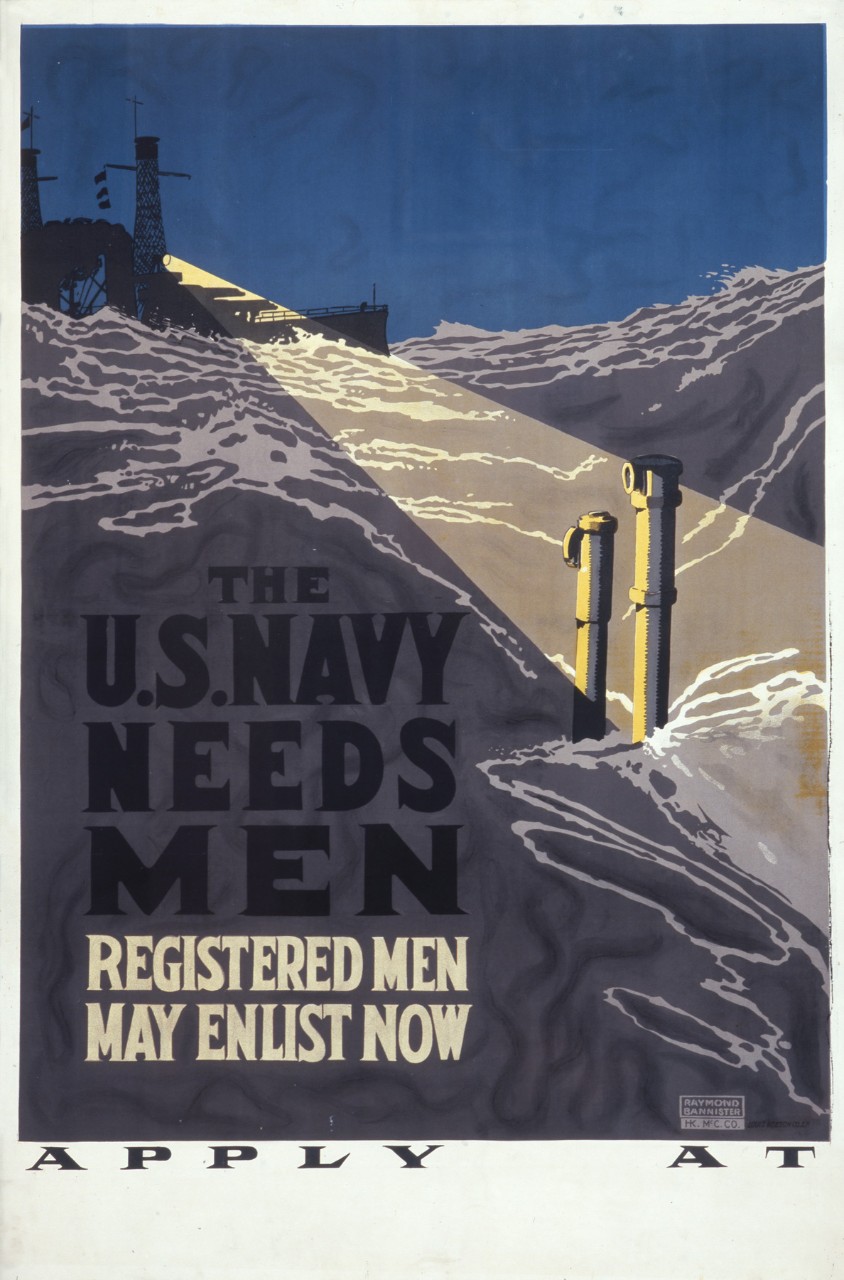 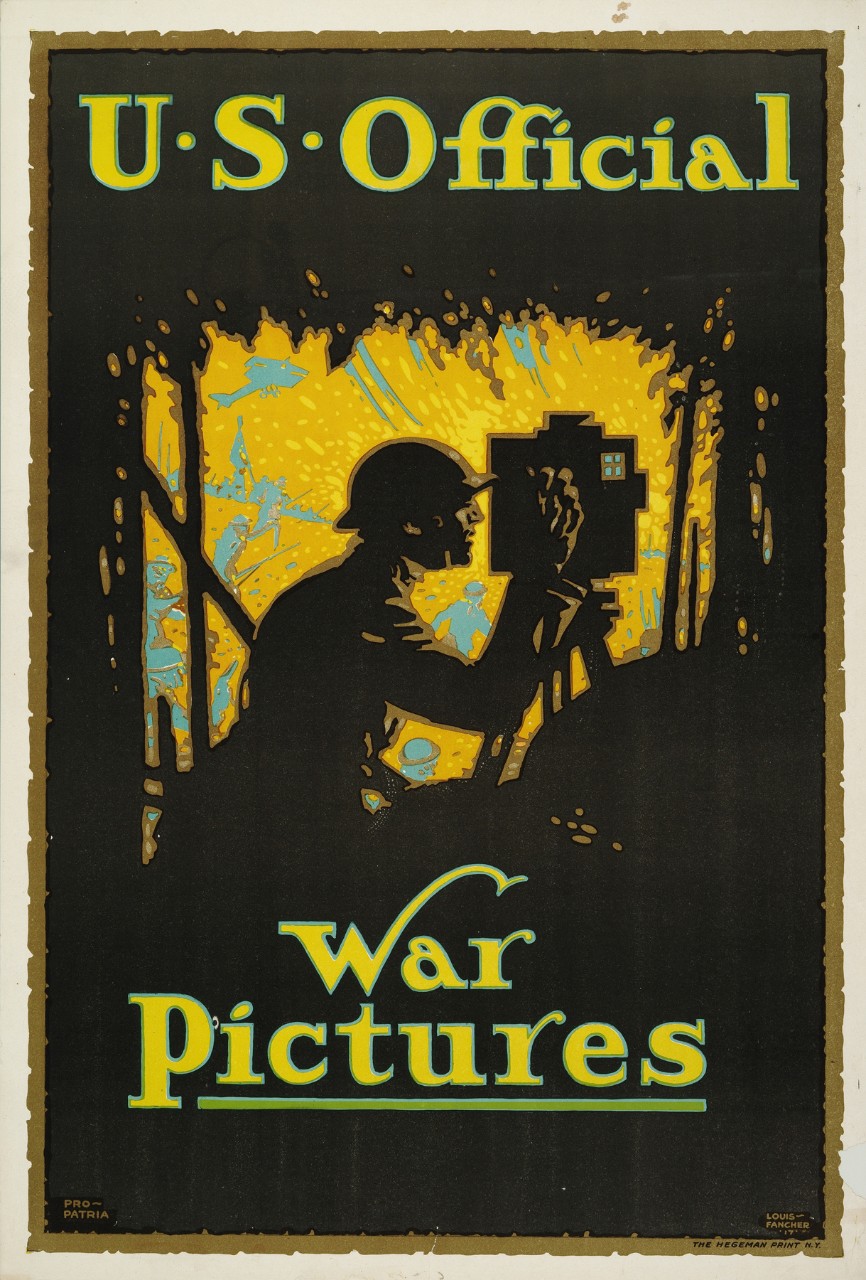 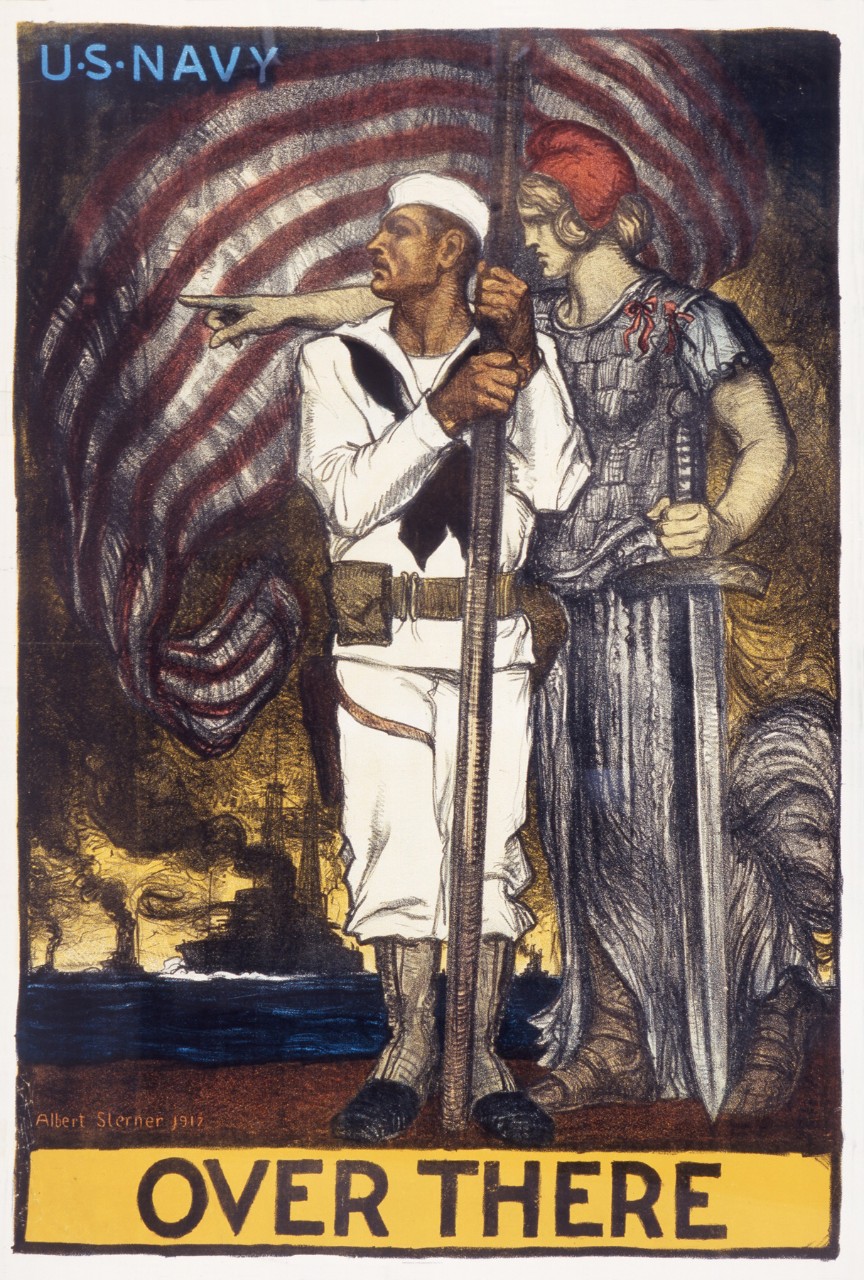 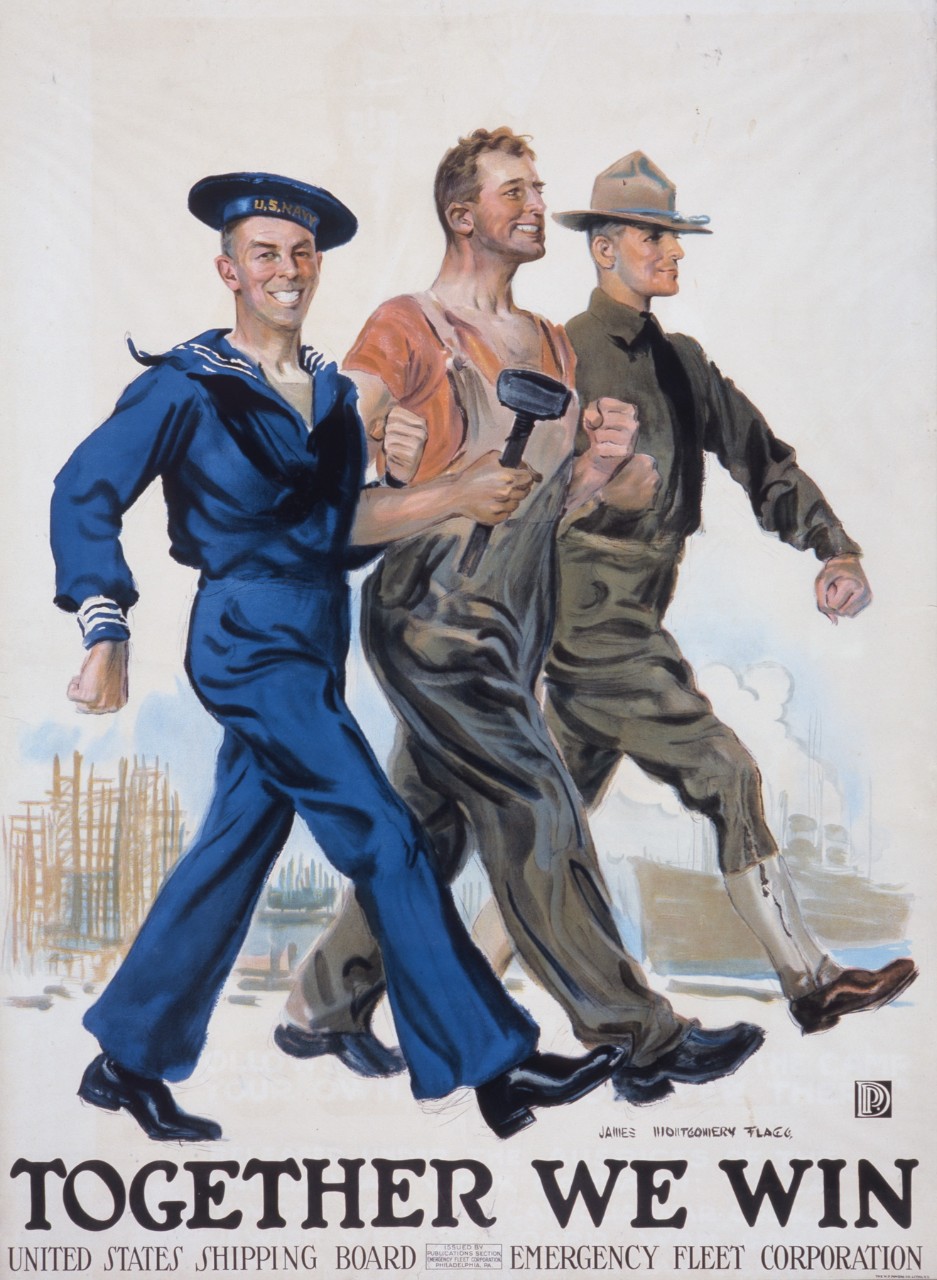 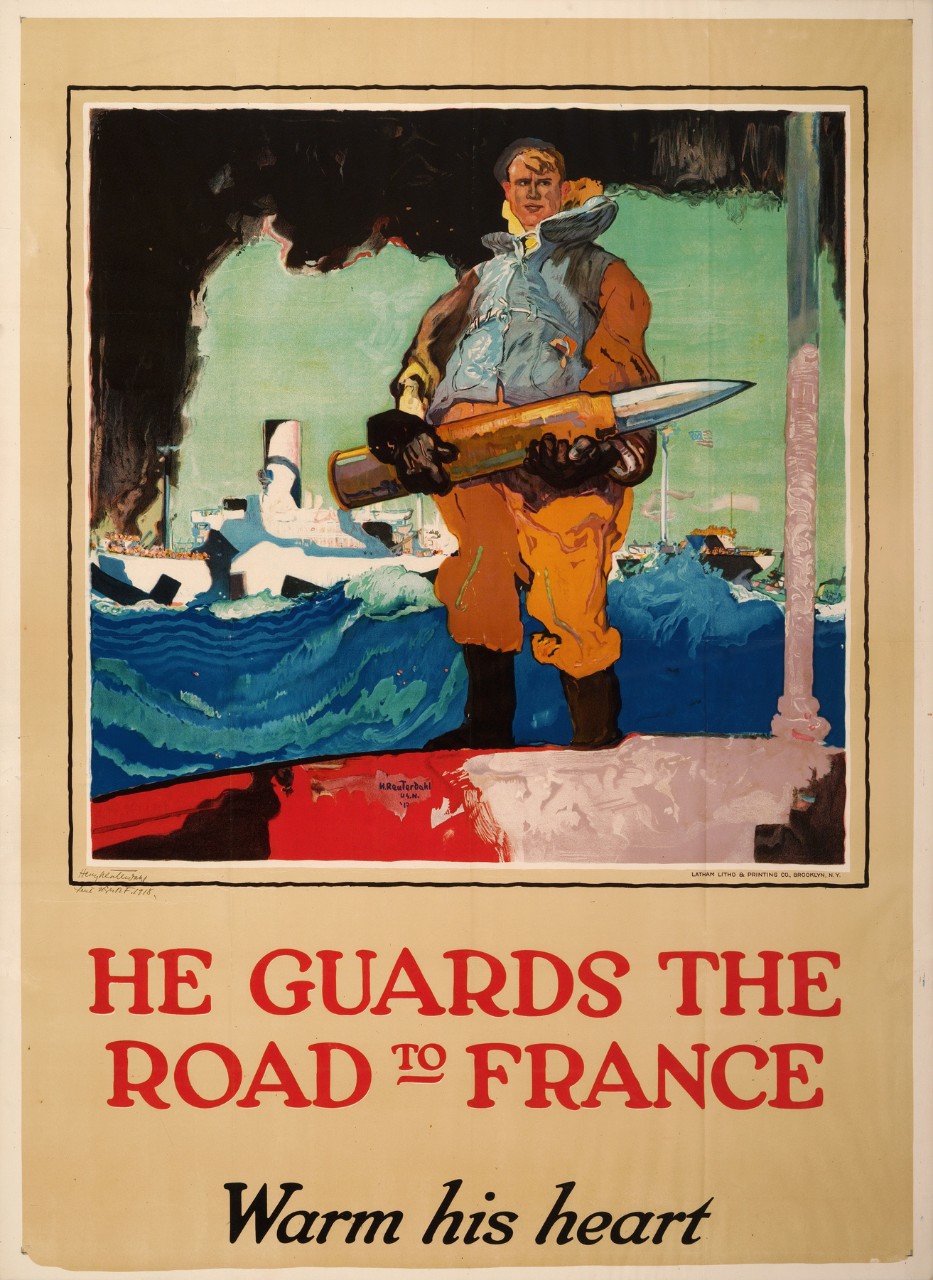 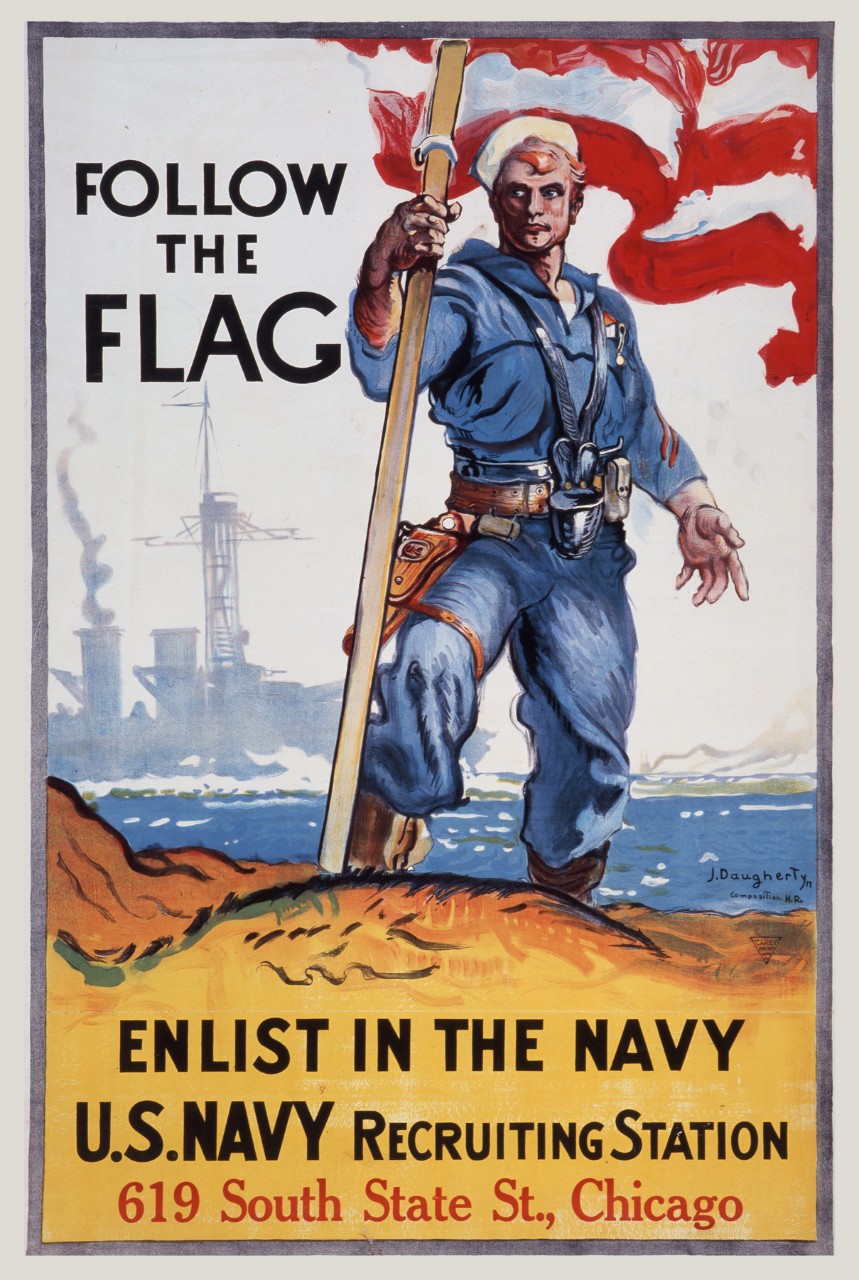 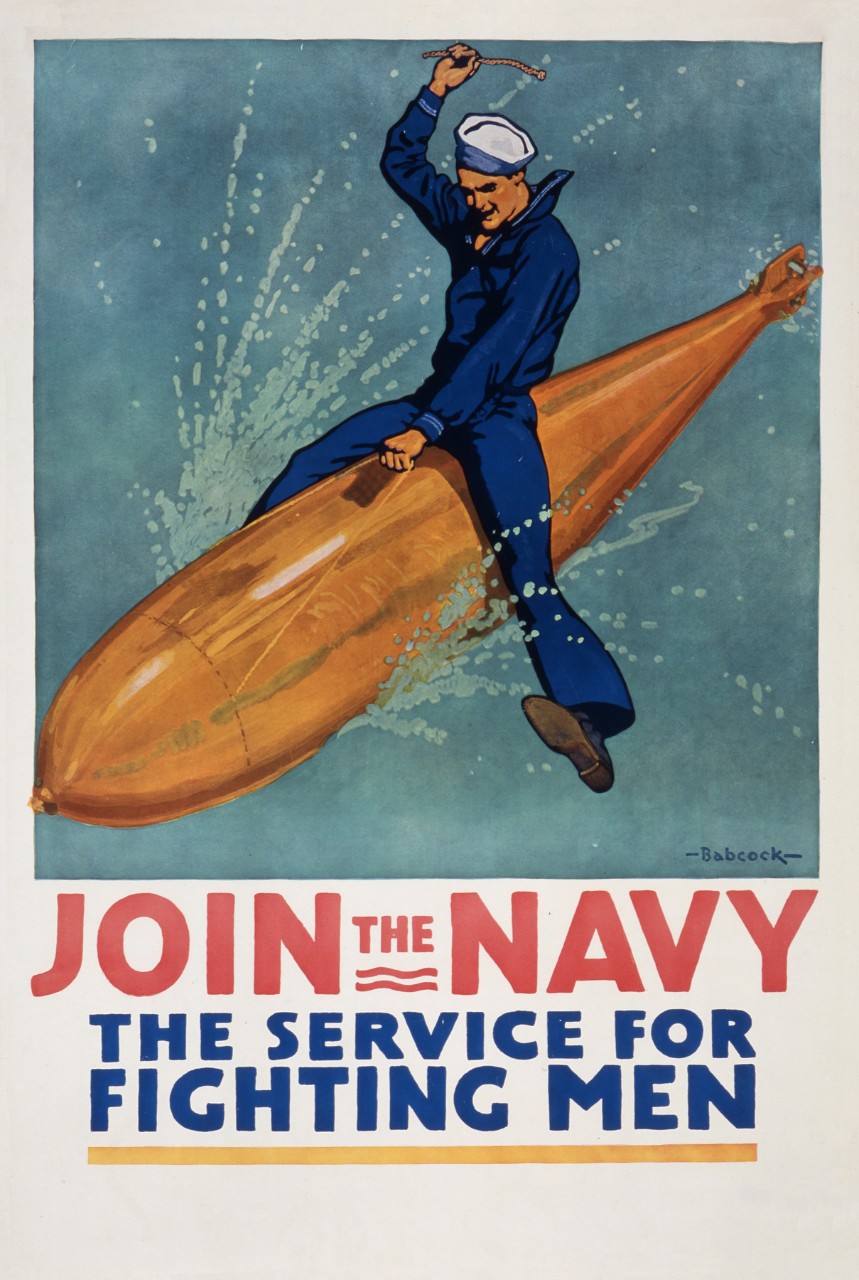 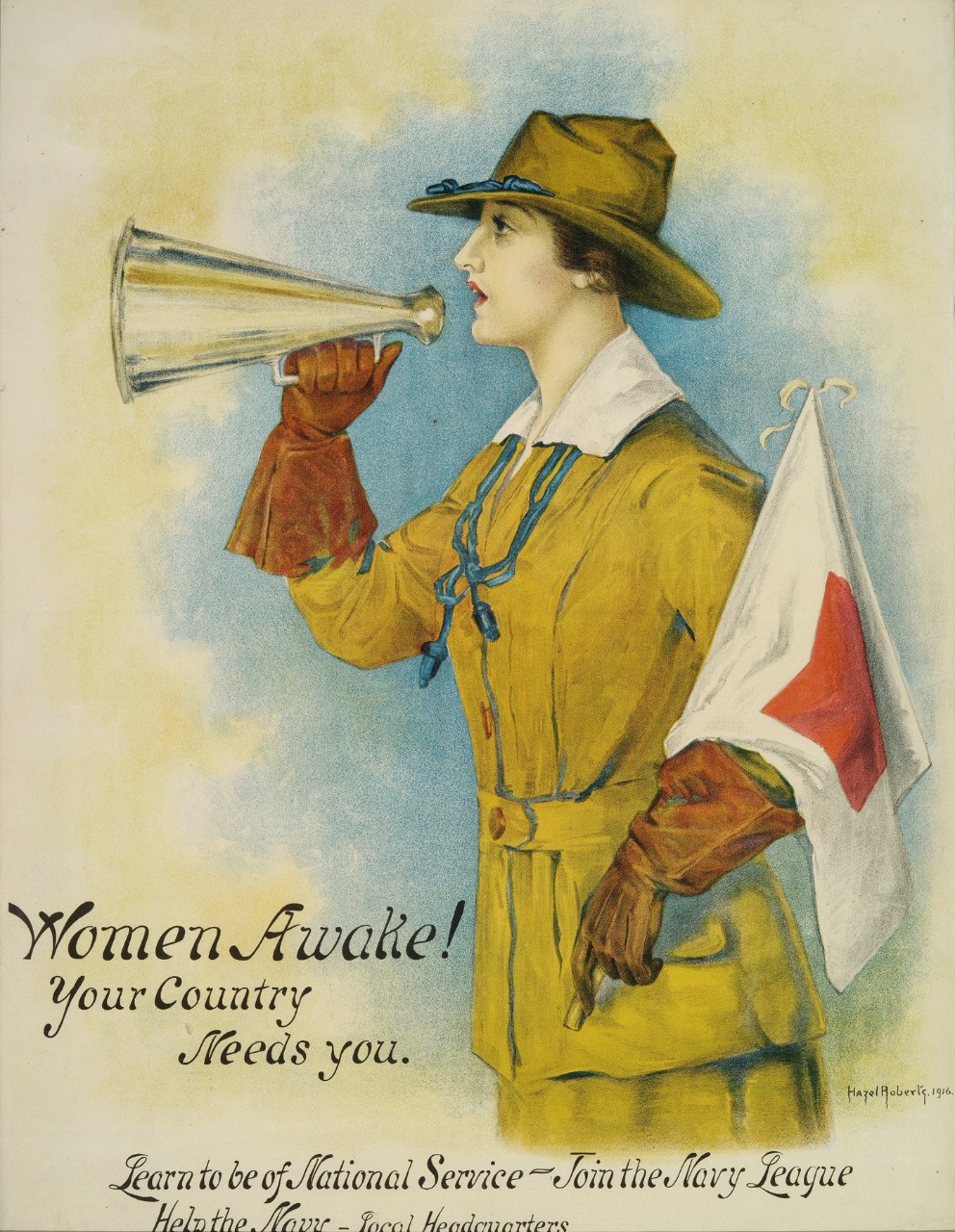 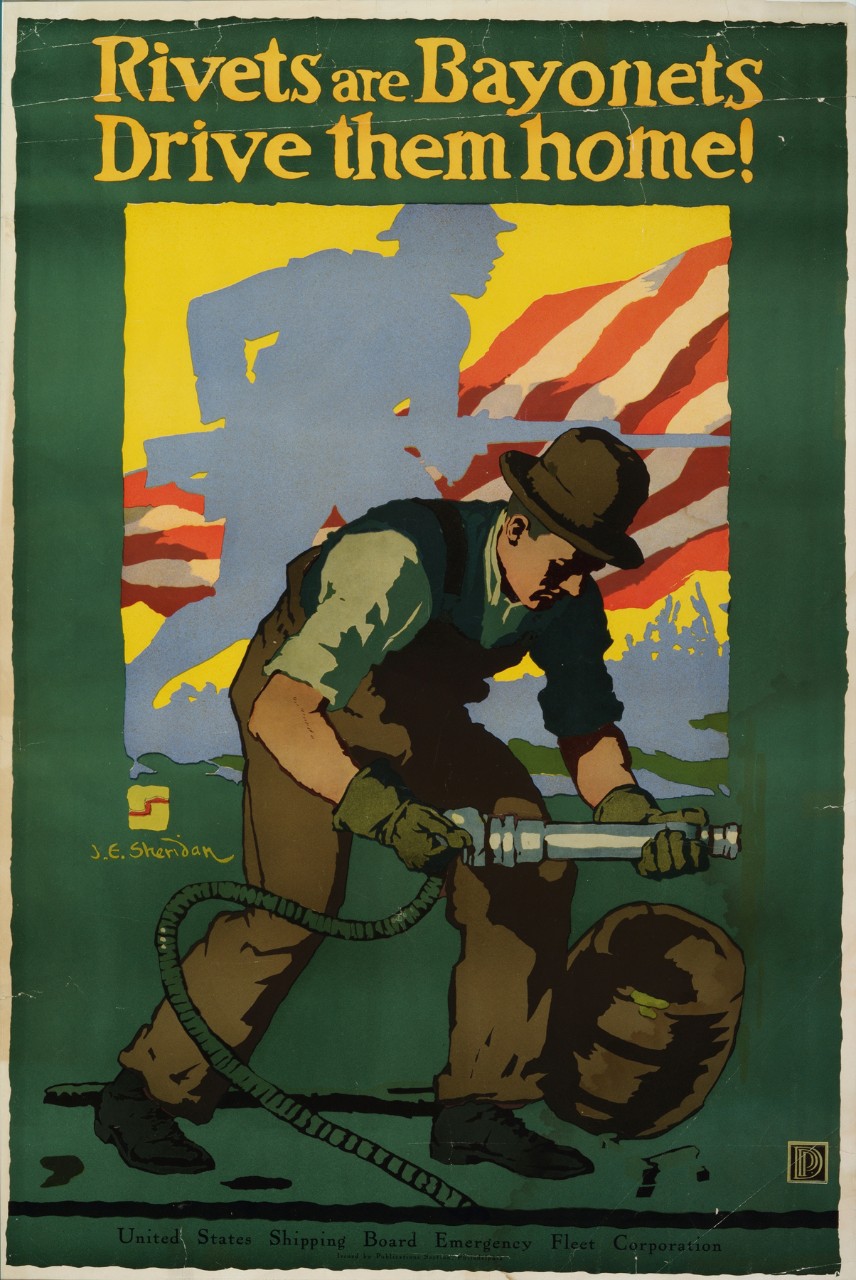 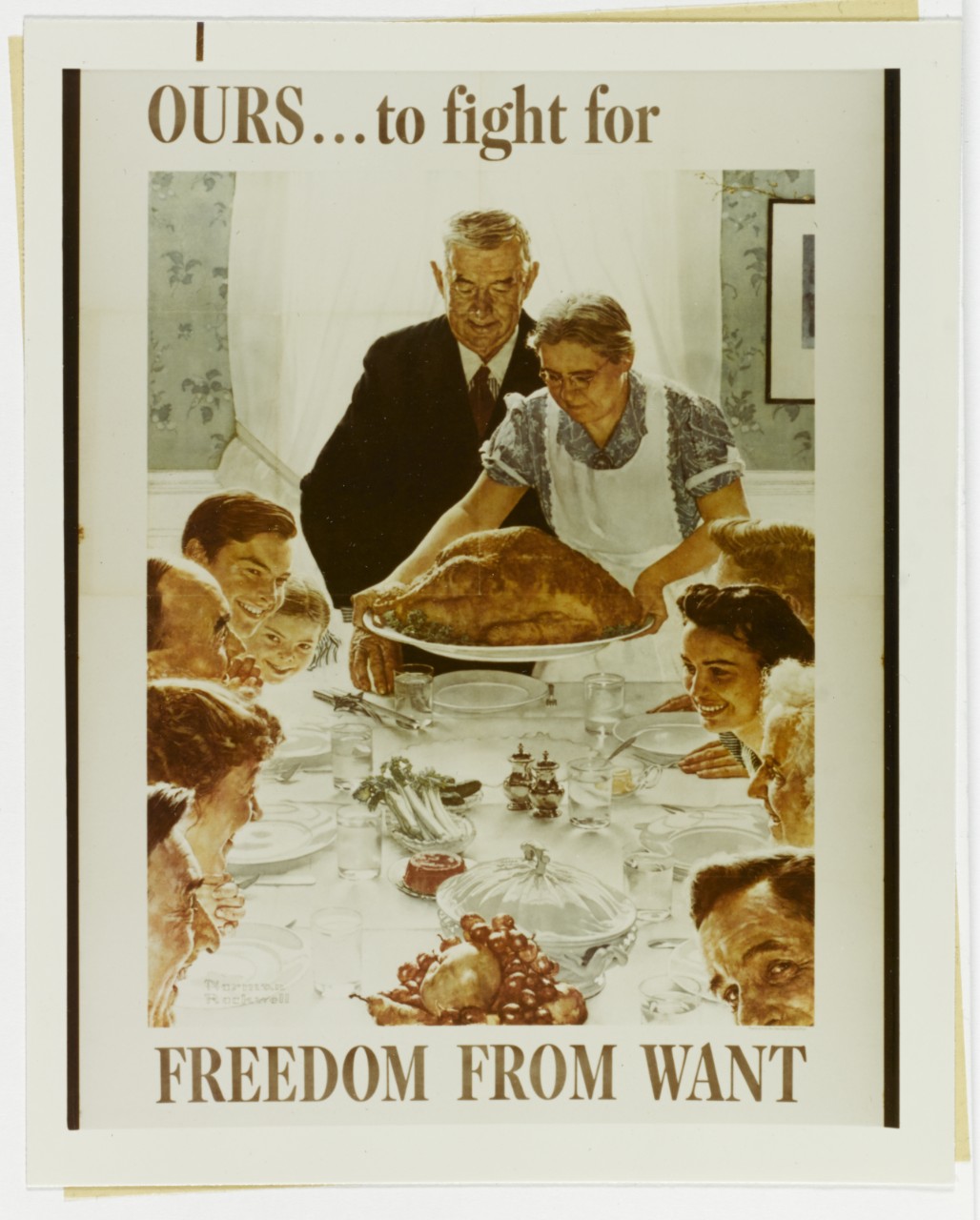 Ours To Fight For Freedom From Want. Norman Rockwell, circa WWII. NHHC Photograph Collection, NH 76364-KN. 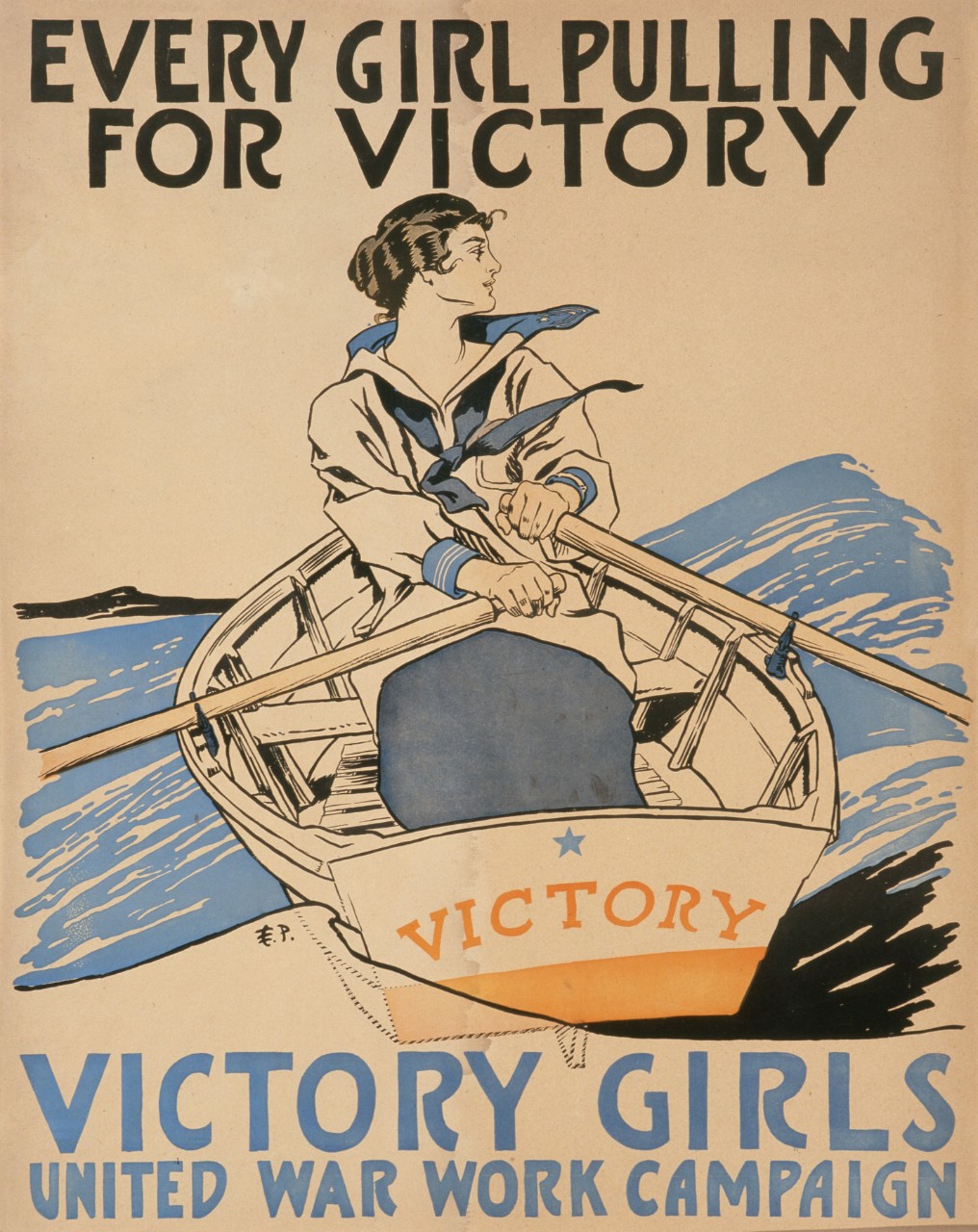 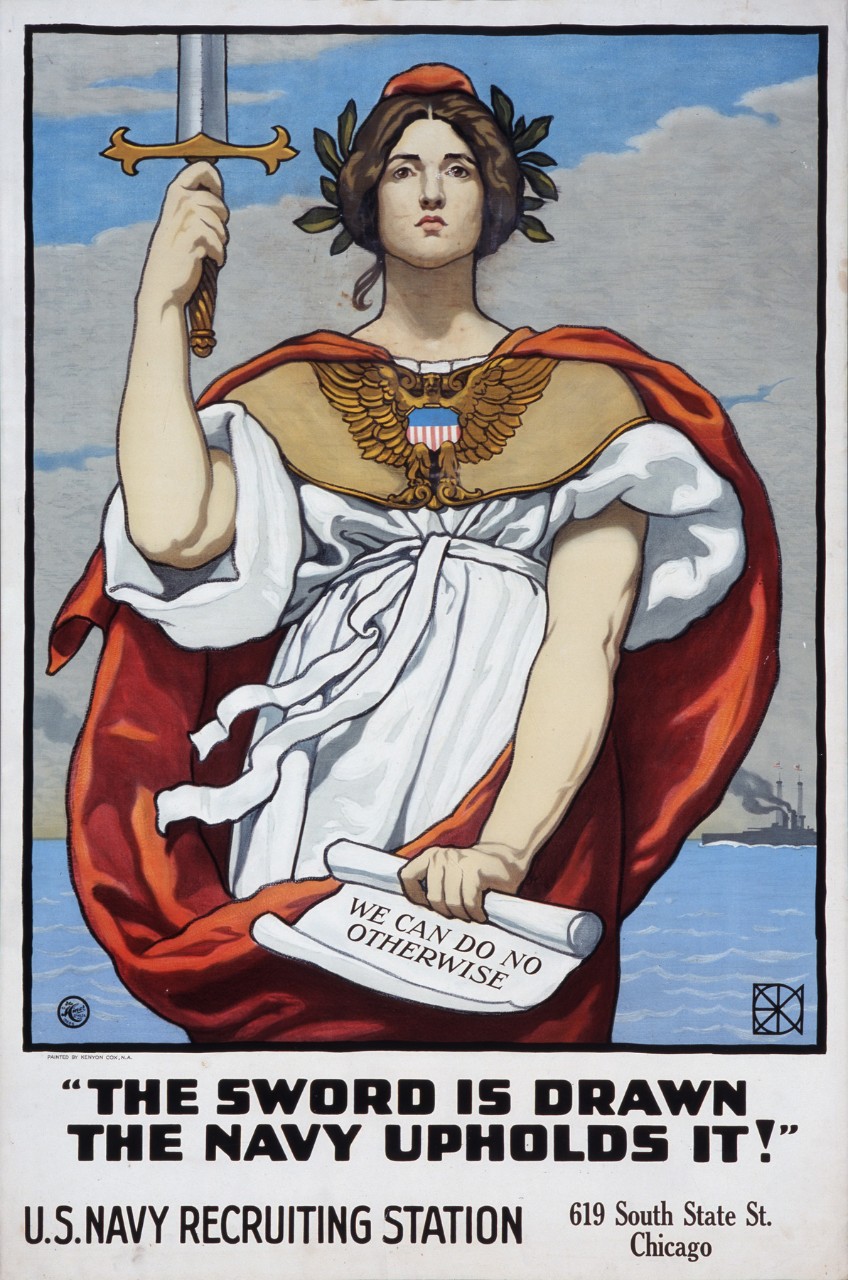 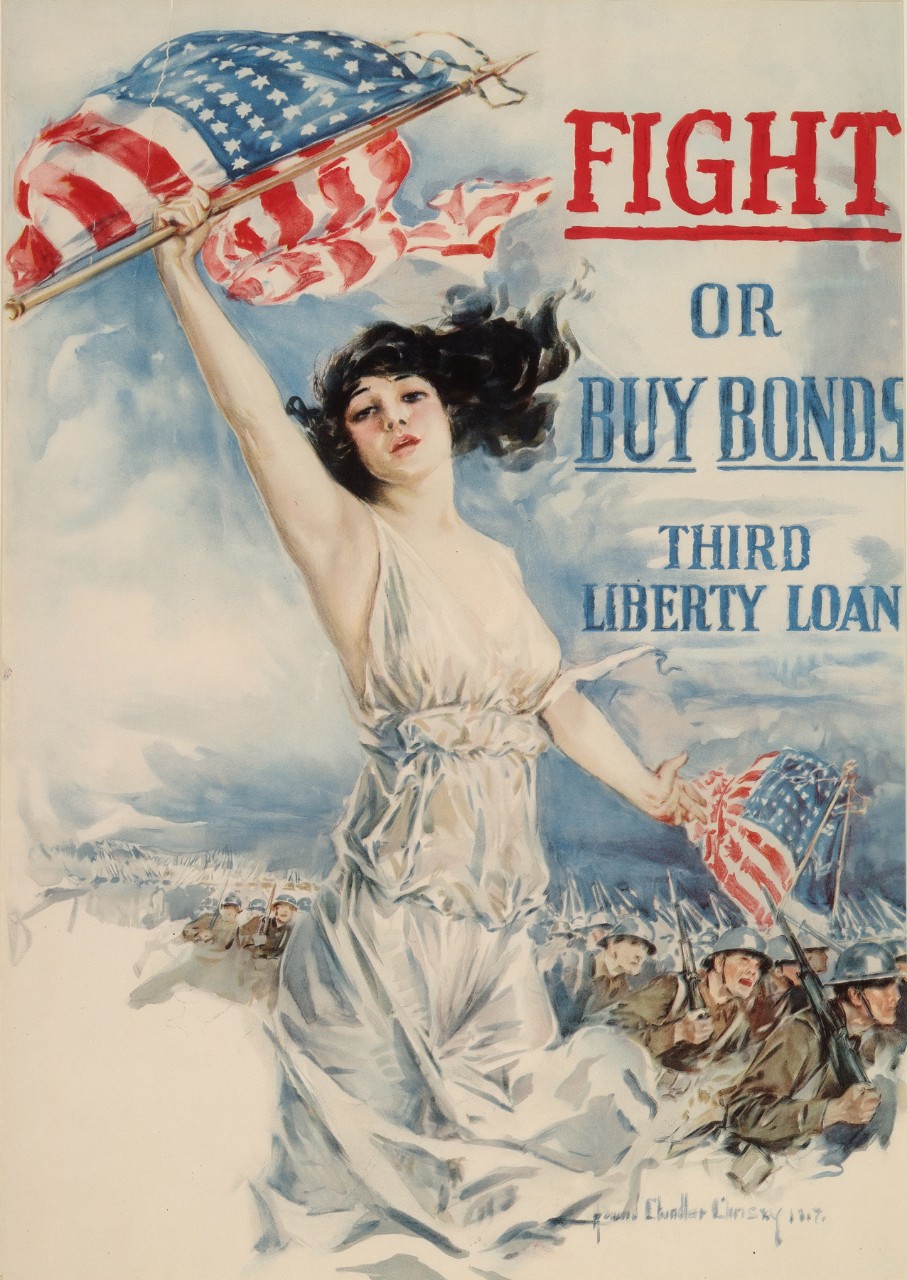 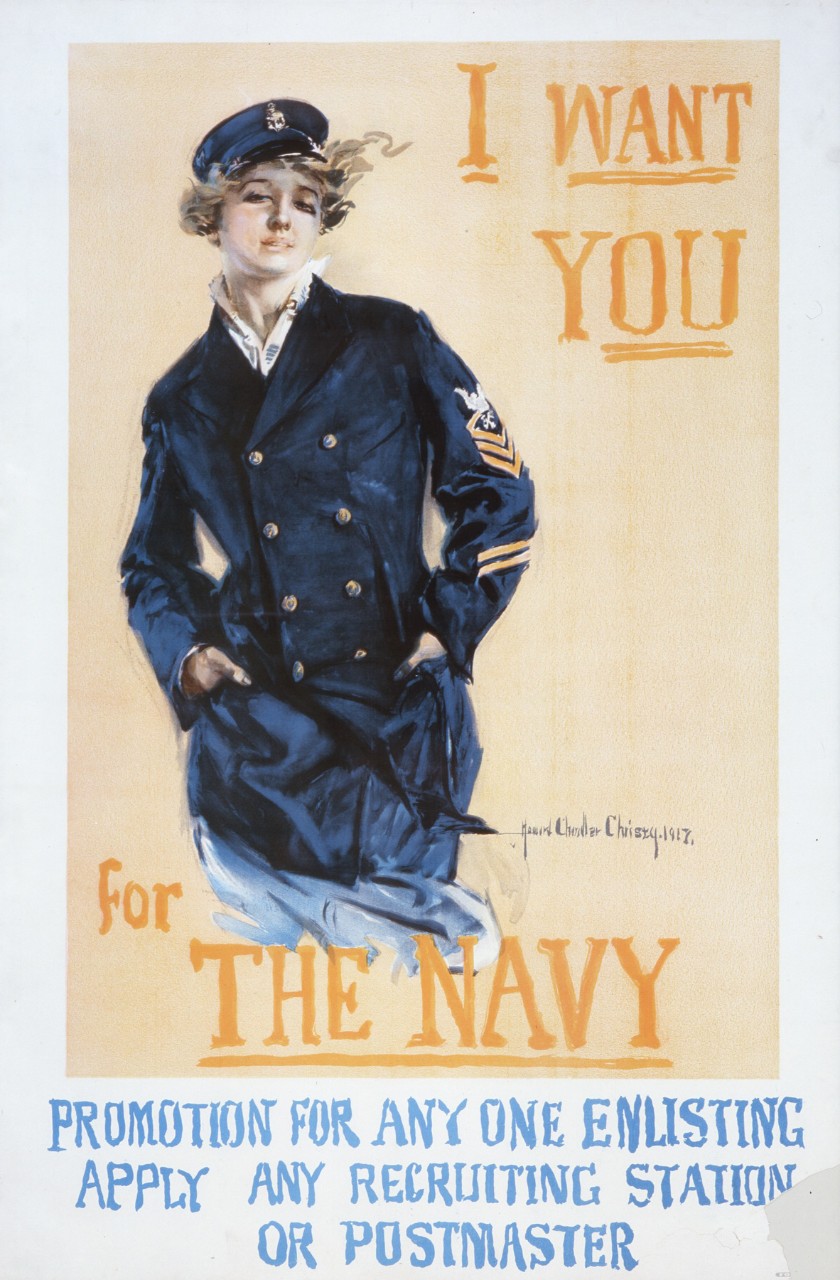 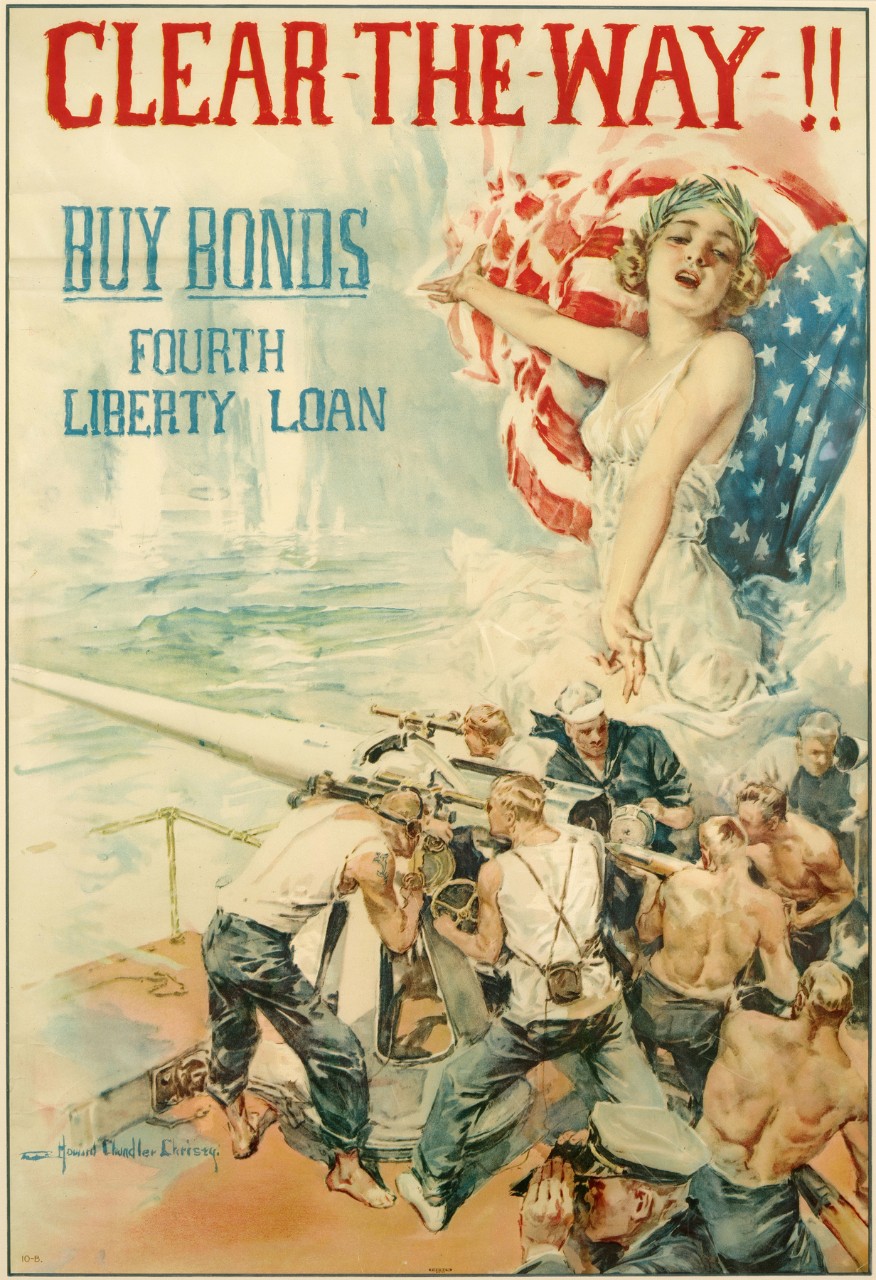 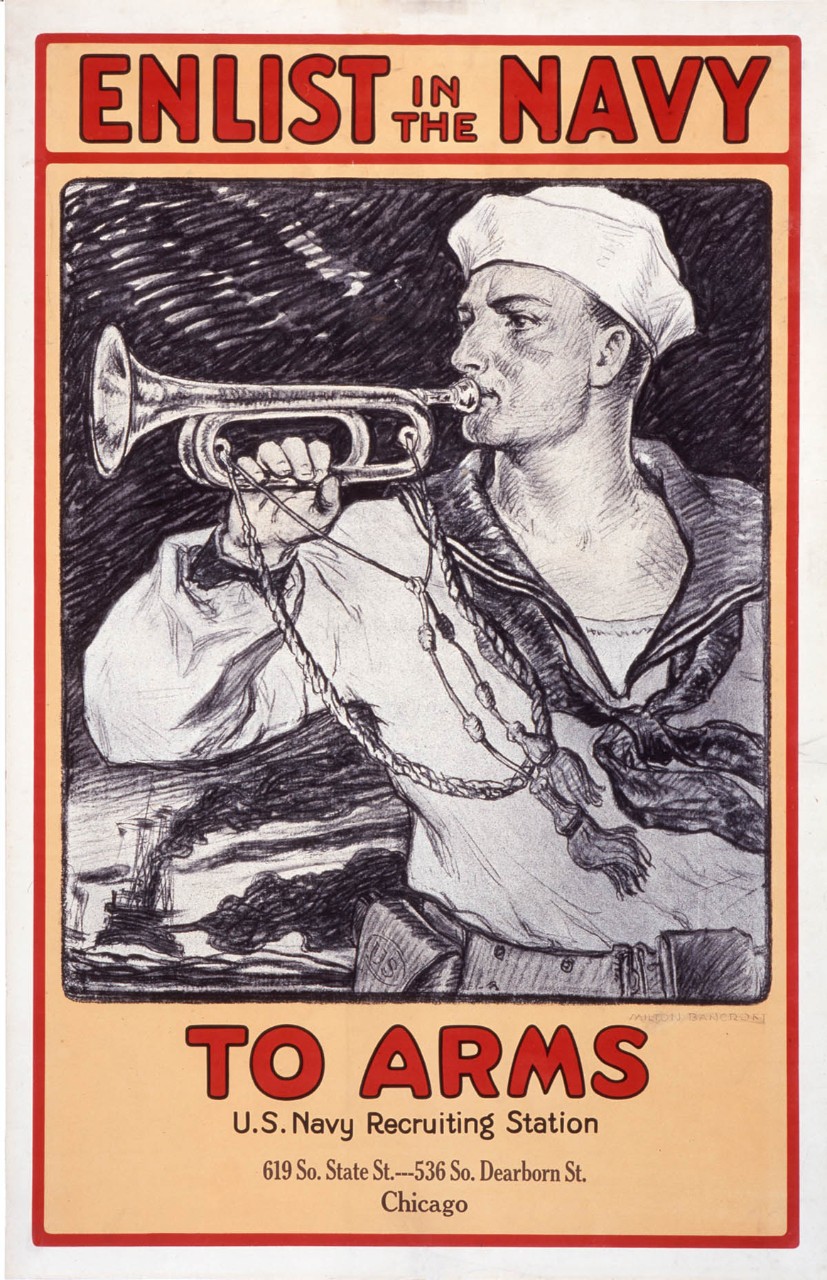 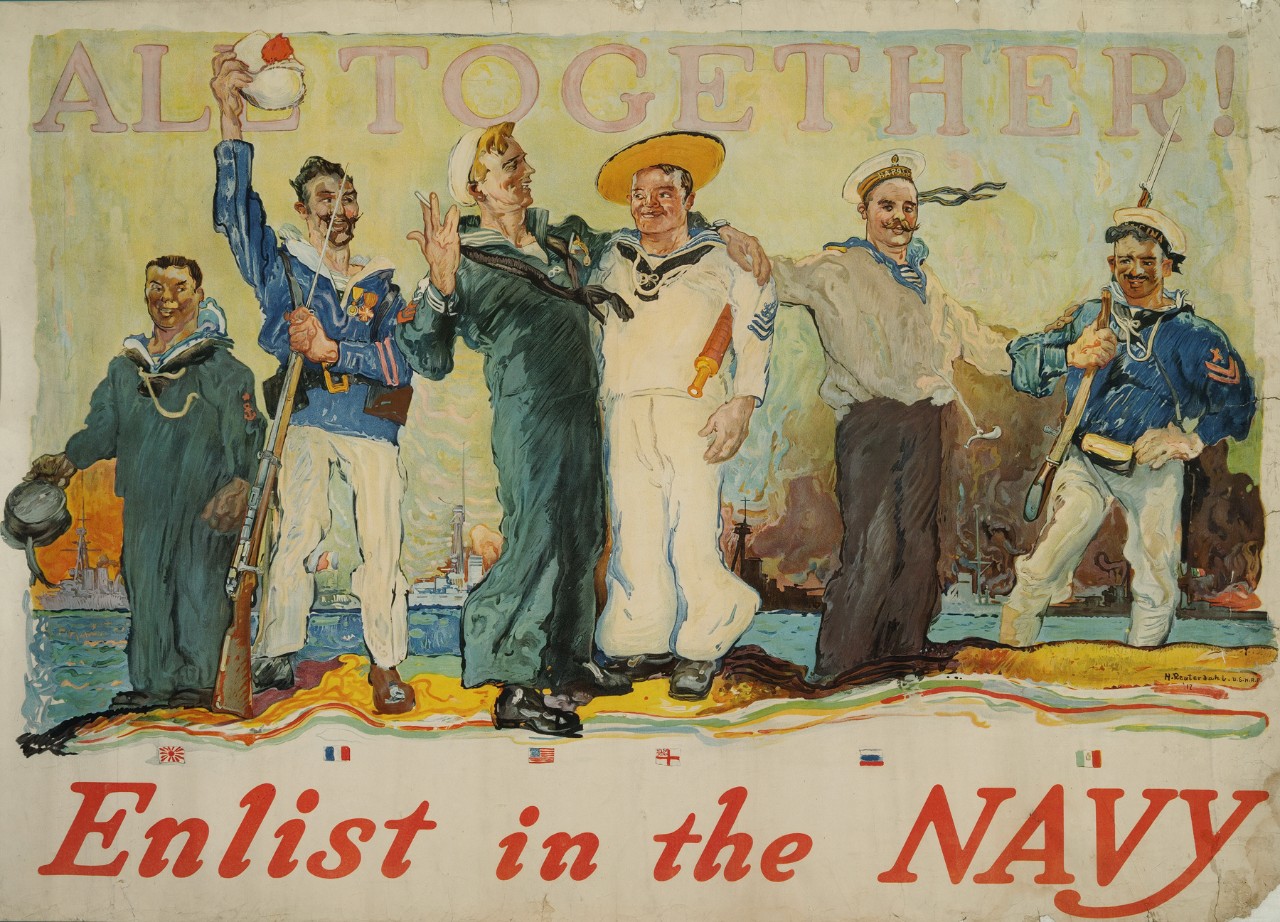 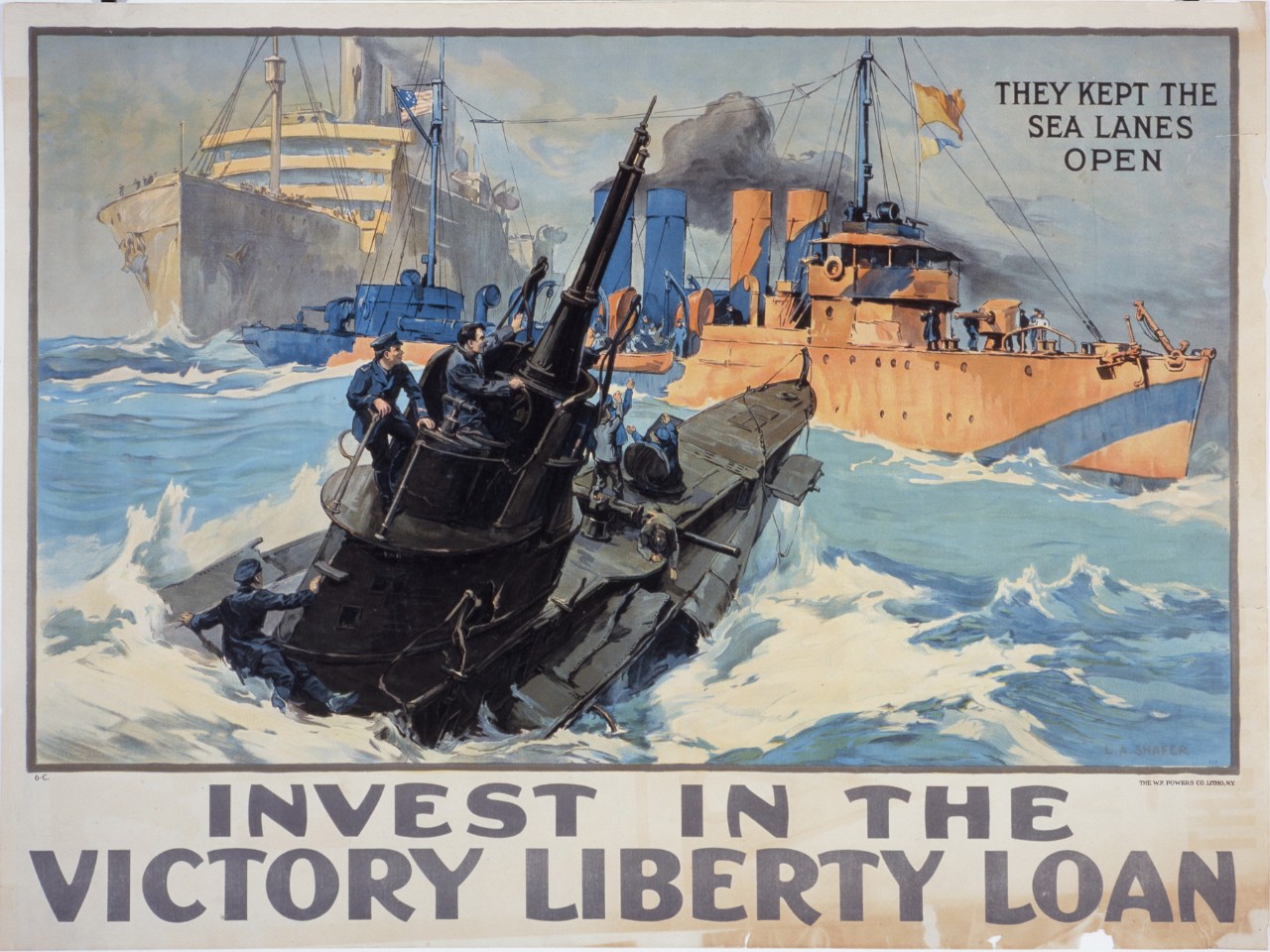 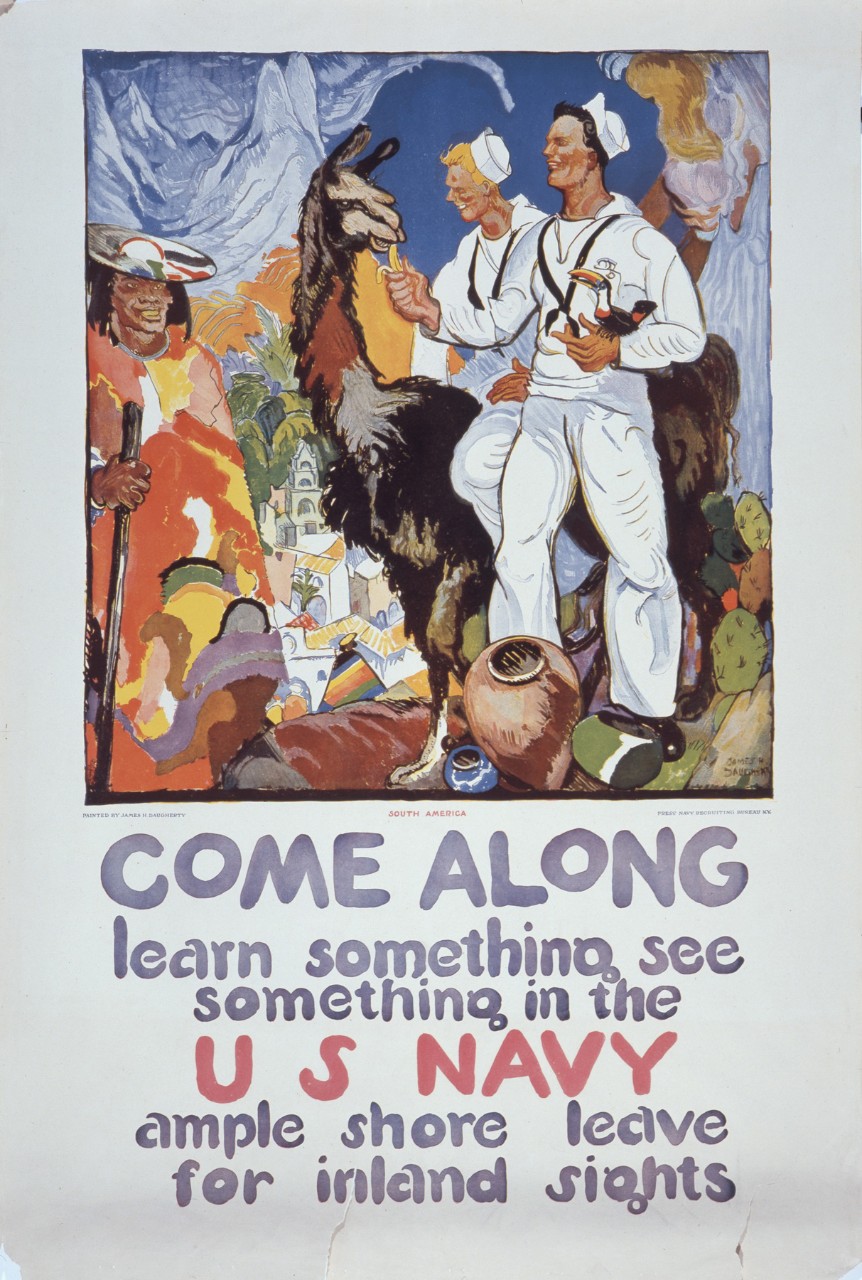 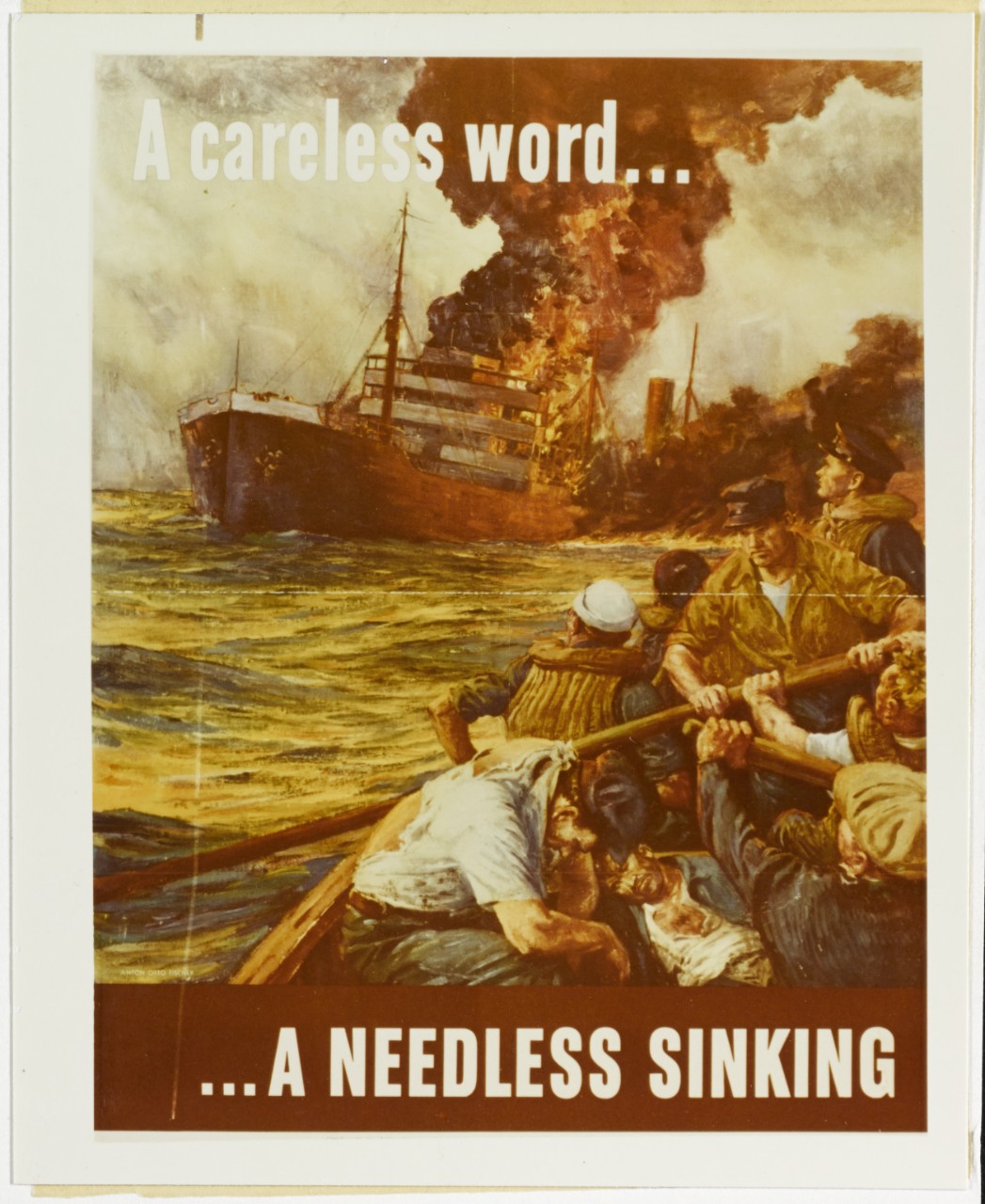 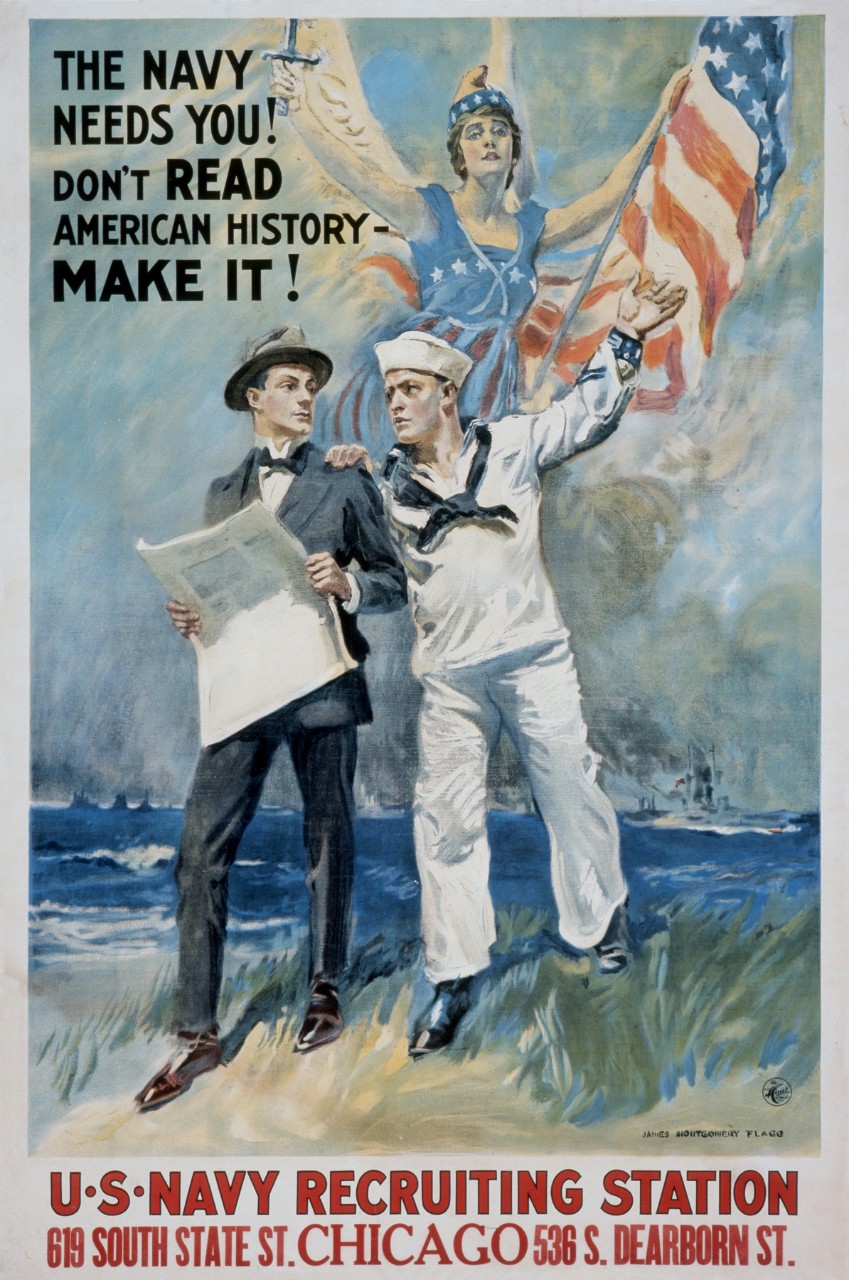 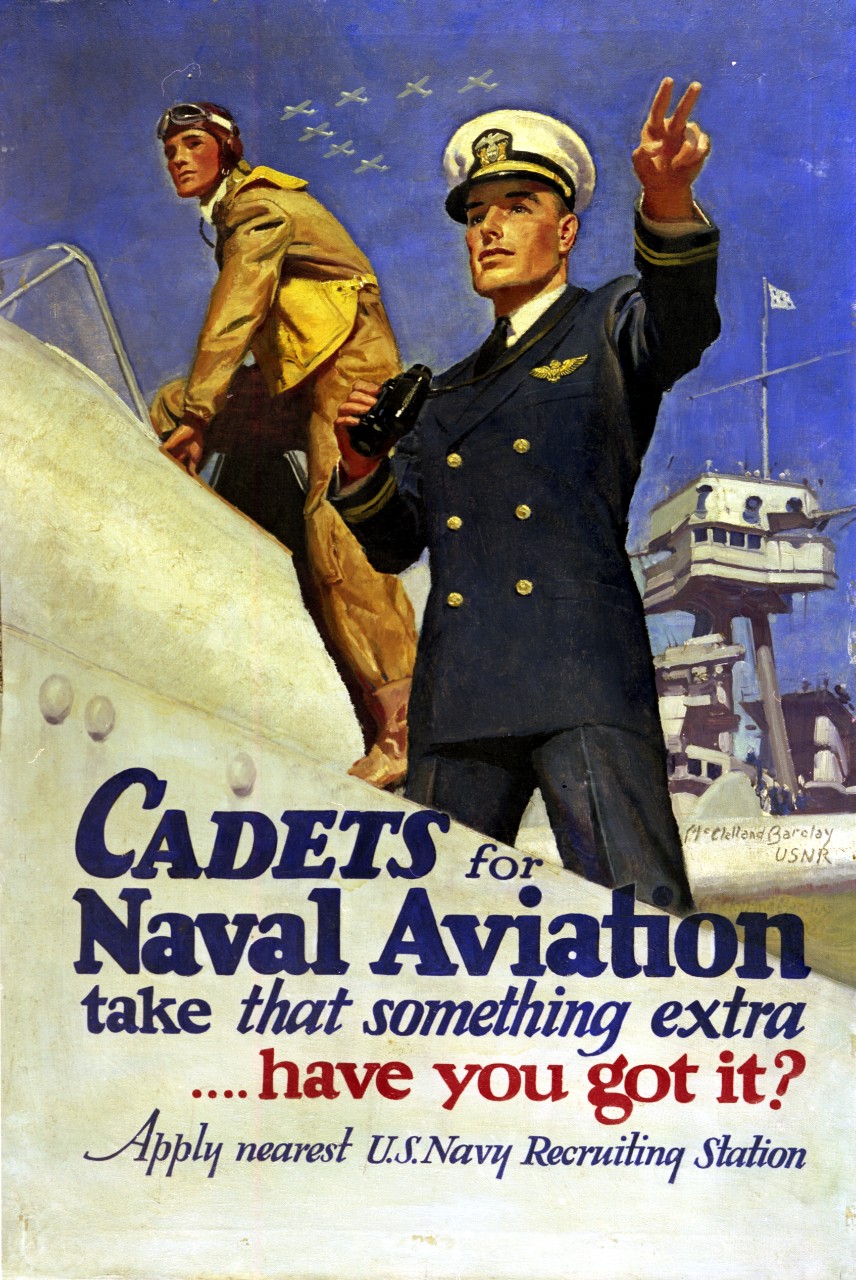 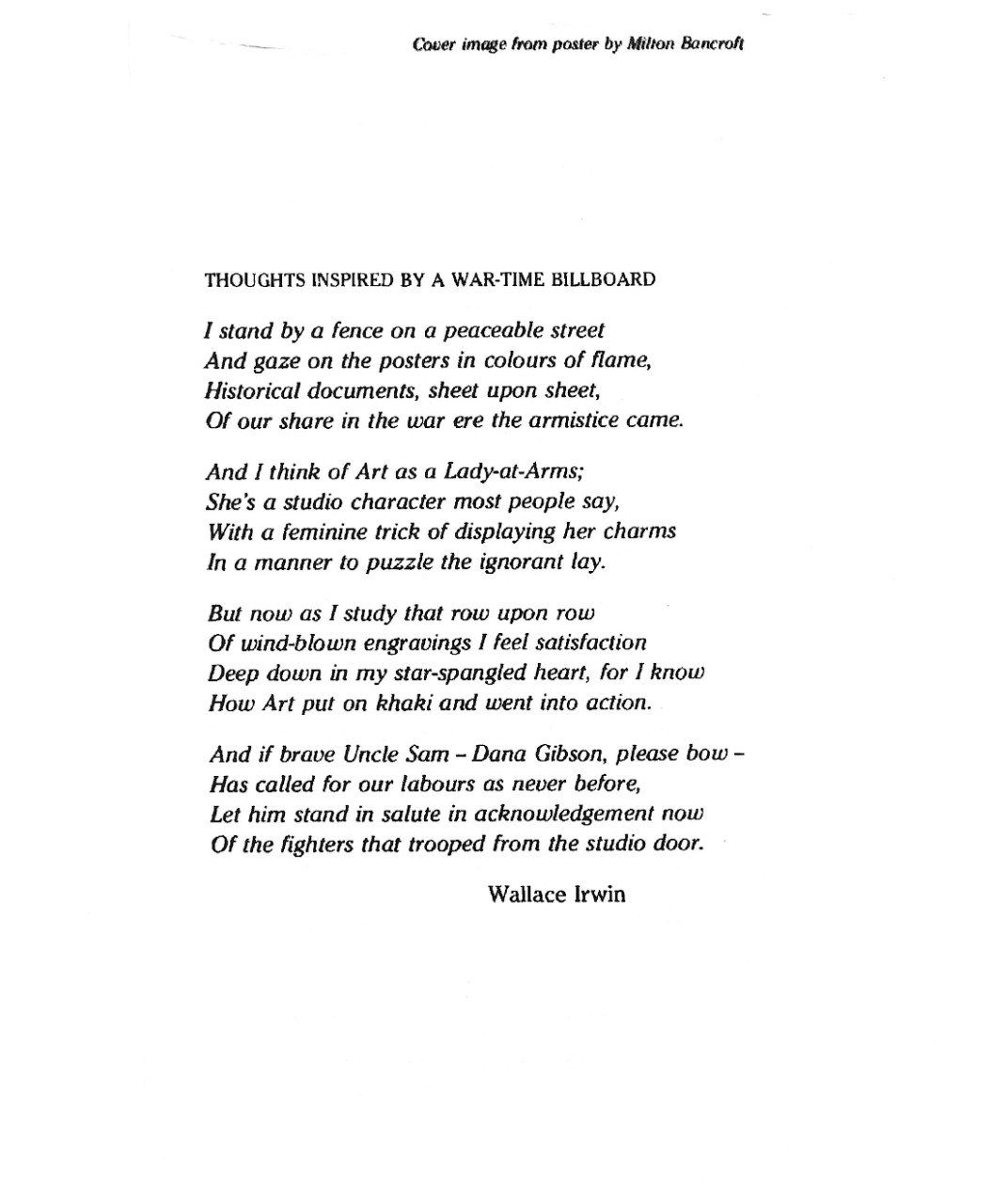 The Golden Age of Navy Poster Pamphlet - Back Cover