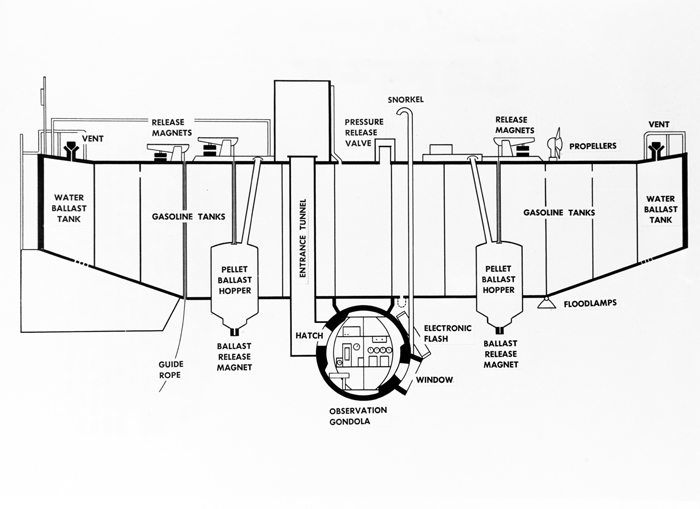 The ingenious design of Trieste paved the way for other submersibles, manned and unmanned, to reach the deepest parts of the ocean.  An interest in ballooning led Swiss physicist Auguste Piccard to invent the bathyscaph, meaning 'deep ship,' which could free dive in water without being attached to a cable.

Separate tanks in the bathyscaph's body held gasoline and water to provide buoyancy.  To descend, Trieste's water tanks were filled and gasoline was released.   Iron pellets, acting as ballast, were emptied out of two hoppers, causing her to rise to the surface.   A delicate balance between floating, sinking, and speed control was needed to keep the vessel steady.