Naval Art and Artists of World War I

This exhibit displayed numerous artists who created art for the Navy during World War I. Noted entries were for John Held Jr., who was revealed as a Naval Agent in World War I. Held, whose “roaring twenties” cartoons of raccoon-coated collegians with pomade pompadours and spindly flappers with rolled stocking and long cigarette holders kept a generation of Americans laughing at themselves – was an artist for naval intelligence during World War I, who served fourteen months during 1917-1919 as special agent on a naval intelligence mission in Central America. 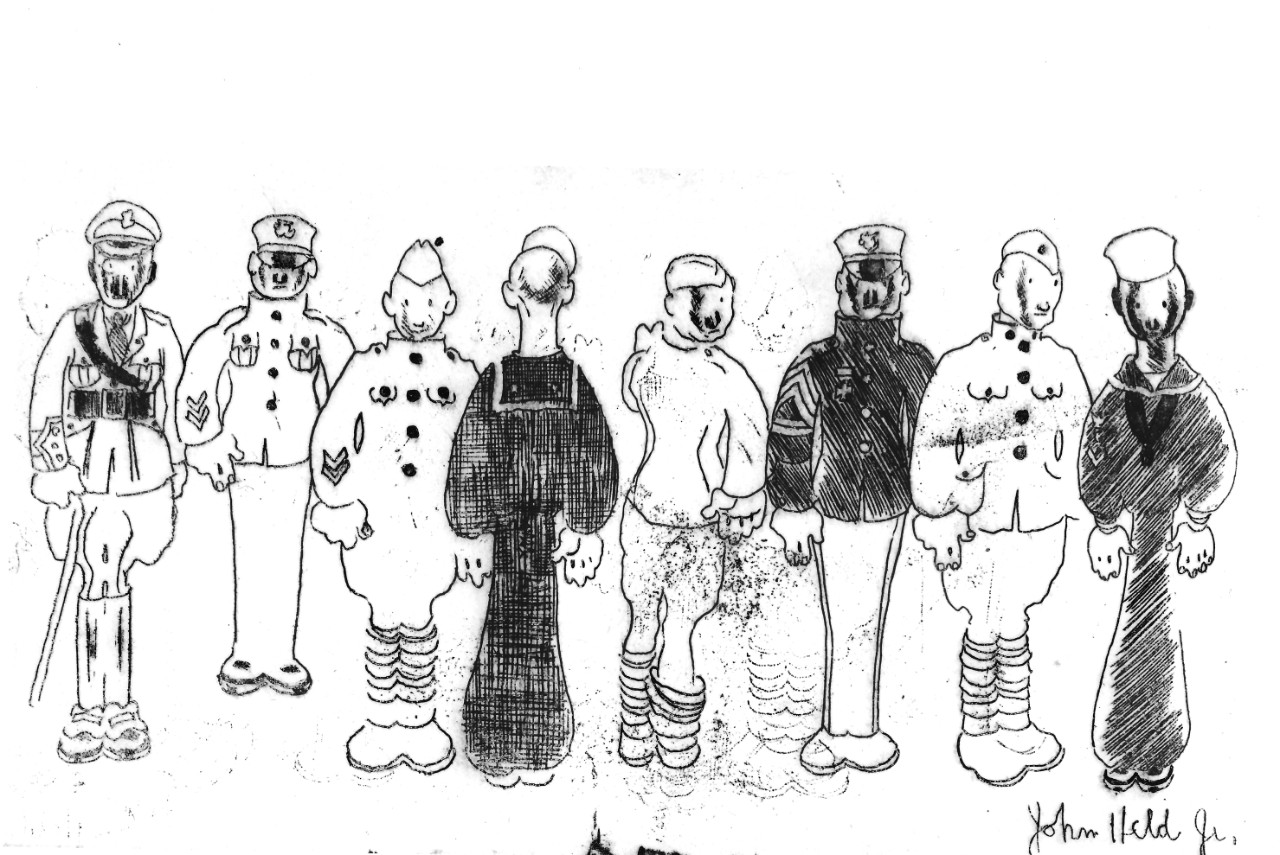 Under the guise of an archeological research expedition, Held and three colleagues sought out potential hiding places for German submarine in Central American waters. During this time, Held made a number of archeological drawings, but additionally he did dozens of striking watercolors and gouaches of scenes at such places as Belize, Hog Island, Cozumel, Vera Cruz, and Campeche. Some of these and other nautical – but nice- works have generously been loaned by his widow, Margaret Held, for display at the Navy Memorial Museum (now National Museum of the U.S. Navy), marking their first public appearance anywhere. 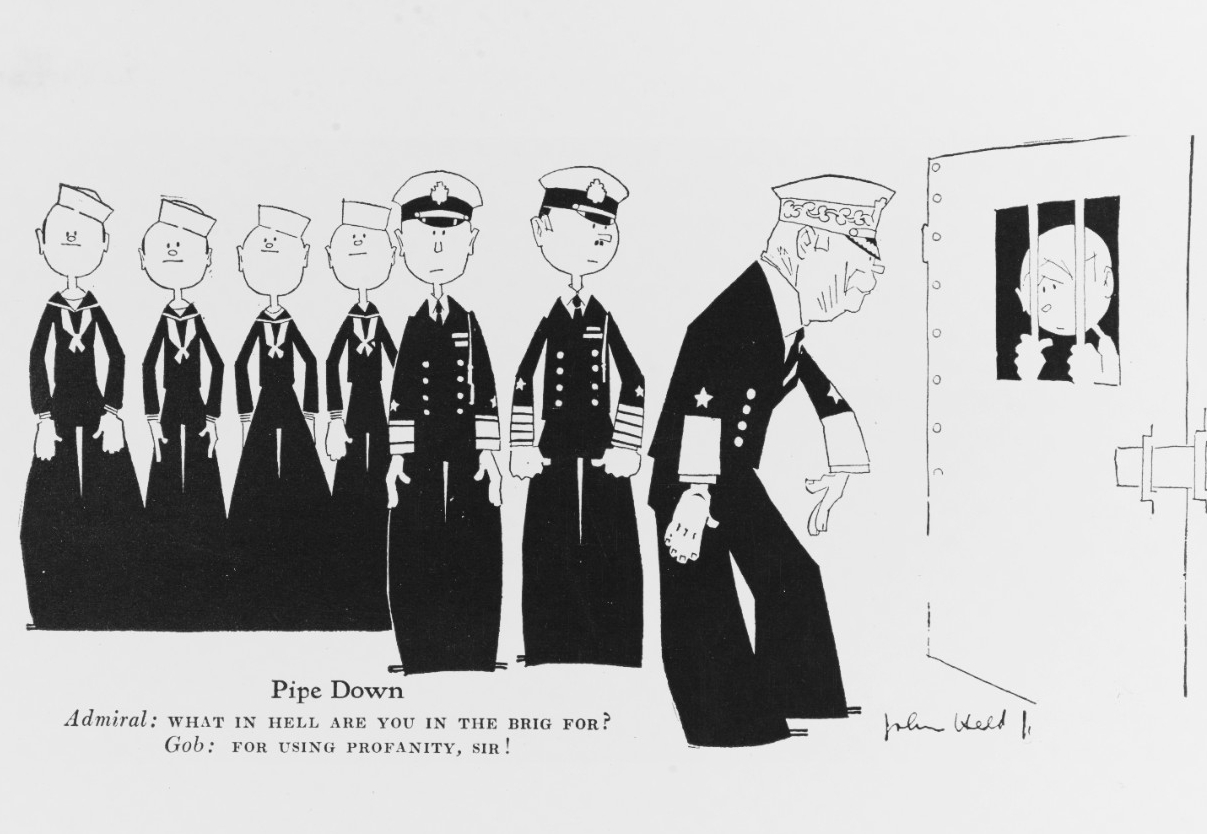 Also represented is a sketch Held did of Hubert, the expedition’s shipboard cook. The sketch displeased Hubert but it served to fulfill passport photo requirements at Belize. Other Held works include woodcut sketches illustrating a government-issued song book, and drawings of naval subjects published in magazines in the 1920s. 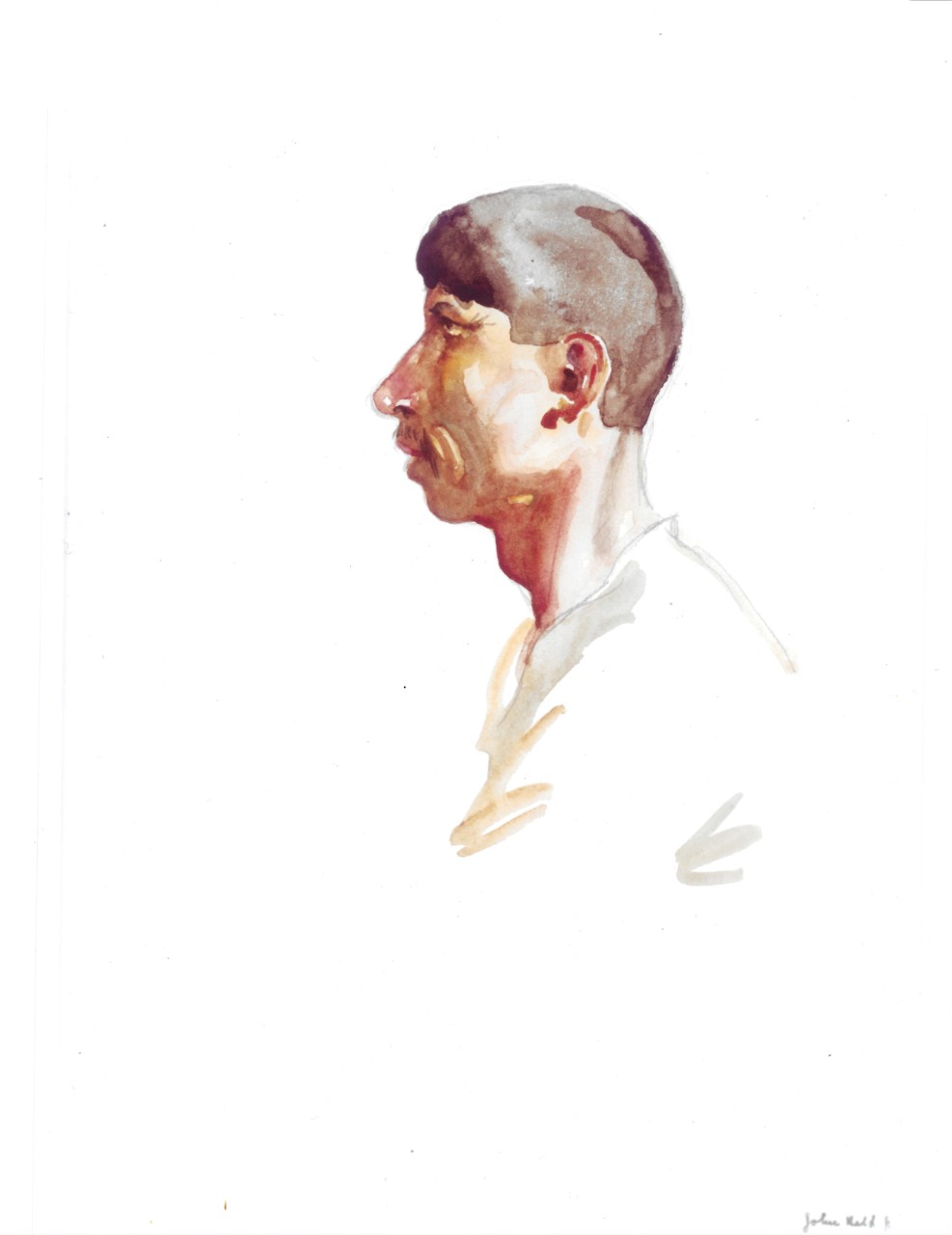 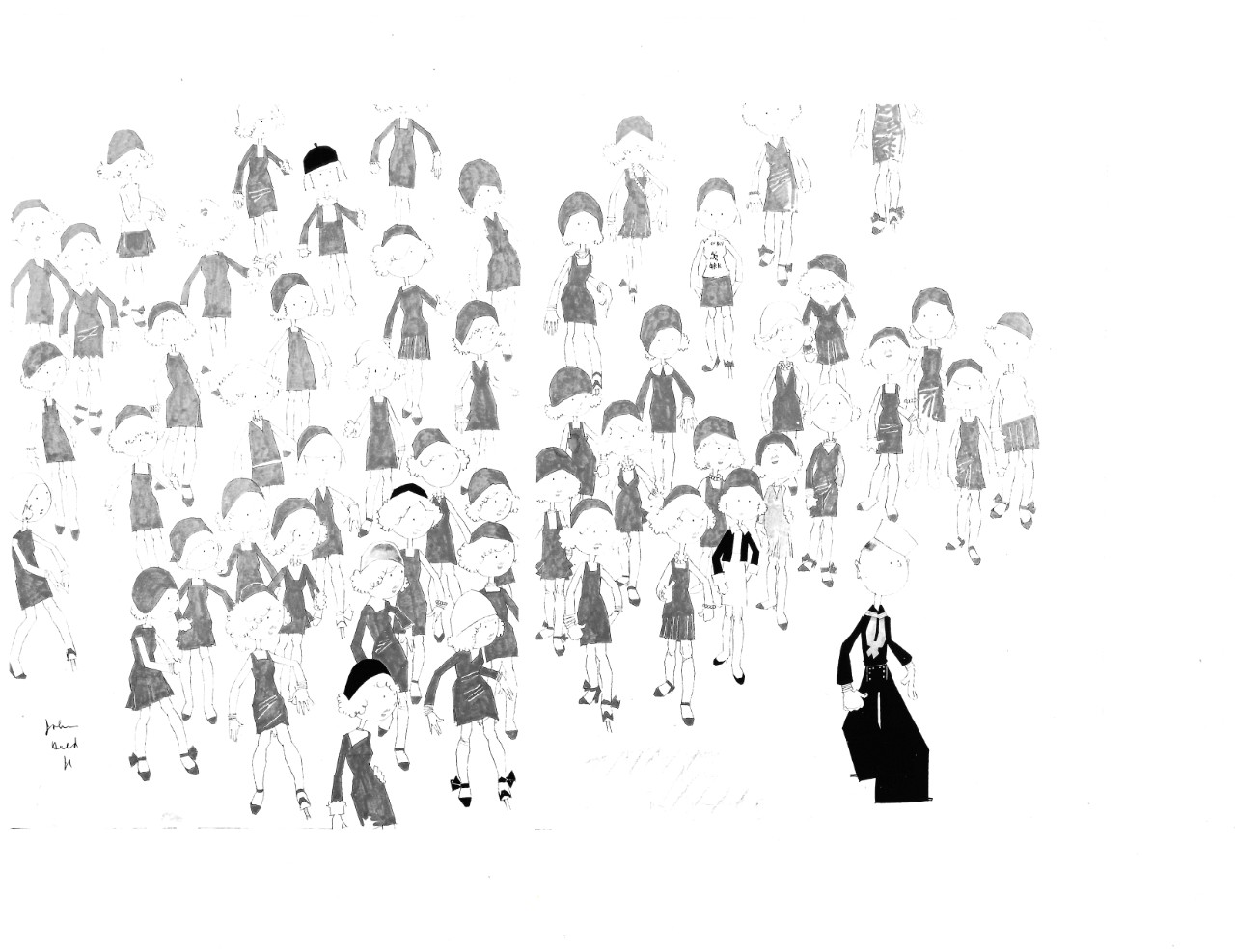 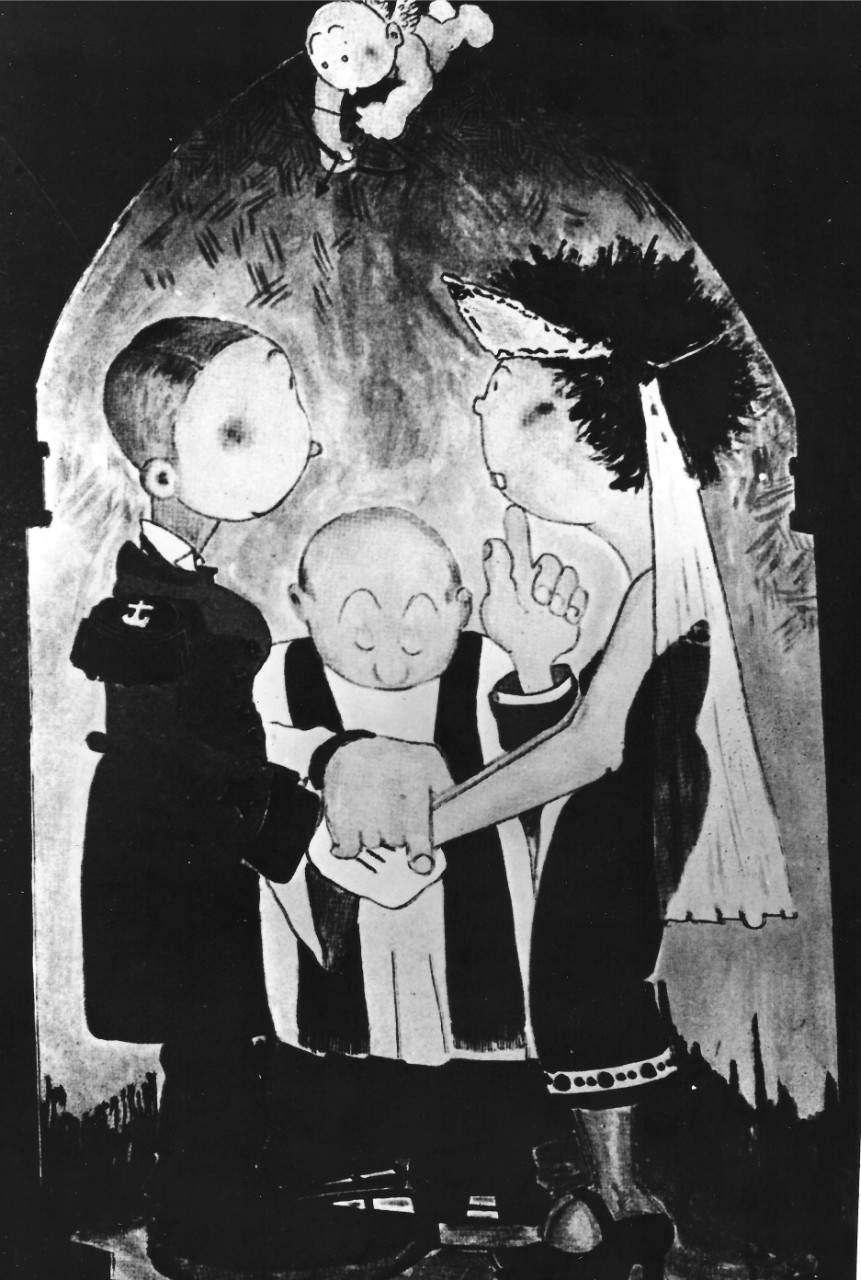 We Have Not Yet Begun To Fight.  Midshipman Getting Married.   Artwork.  John Held Jr.

Another naval artist represented in this exhibit was Norman Rockwell, who was a Sailor briefly in 1918. He was released after a few months of naval duty when his commanding officer acknowledged that “… patriotic impulse caused him to enlist in a rating for which he has no aptitude. Moreover, he is unsuited to naval routine and hard work.” And Rockwell concurred. 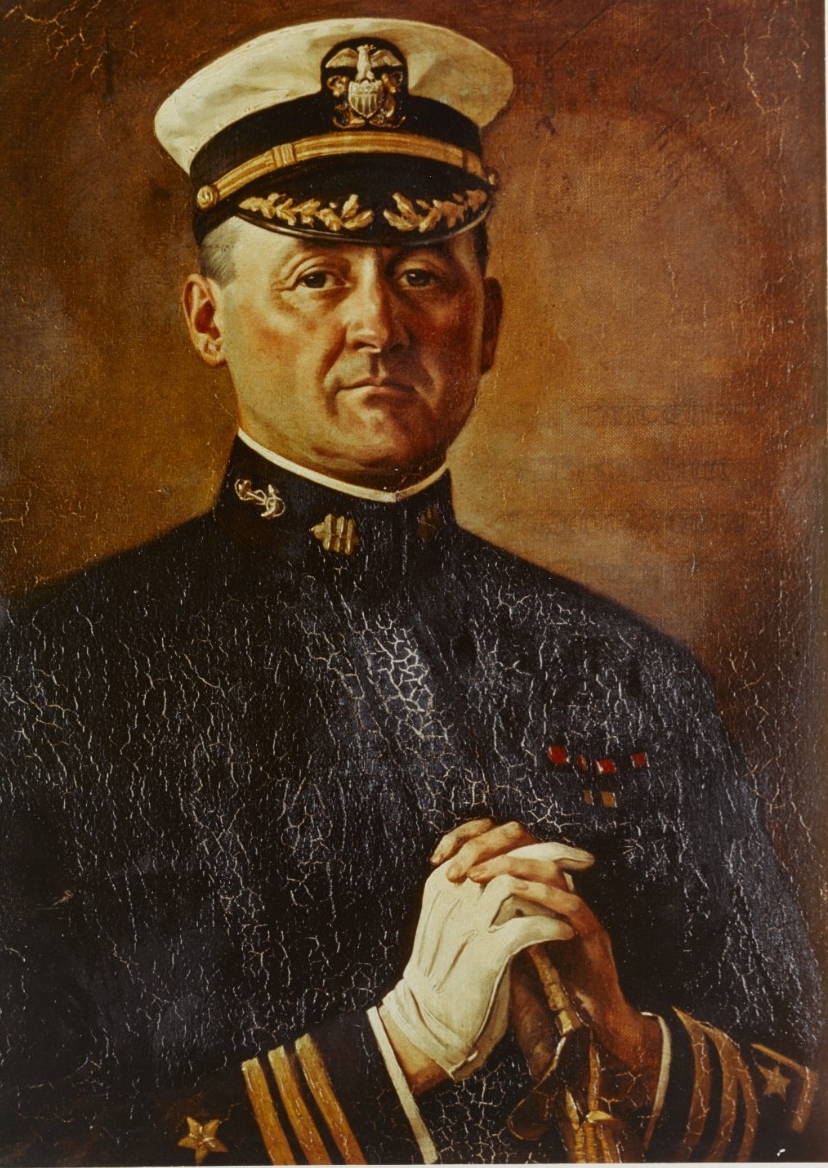 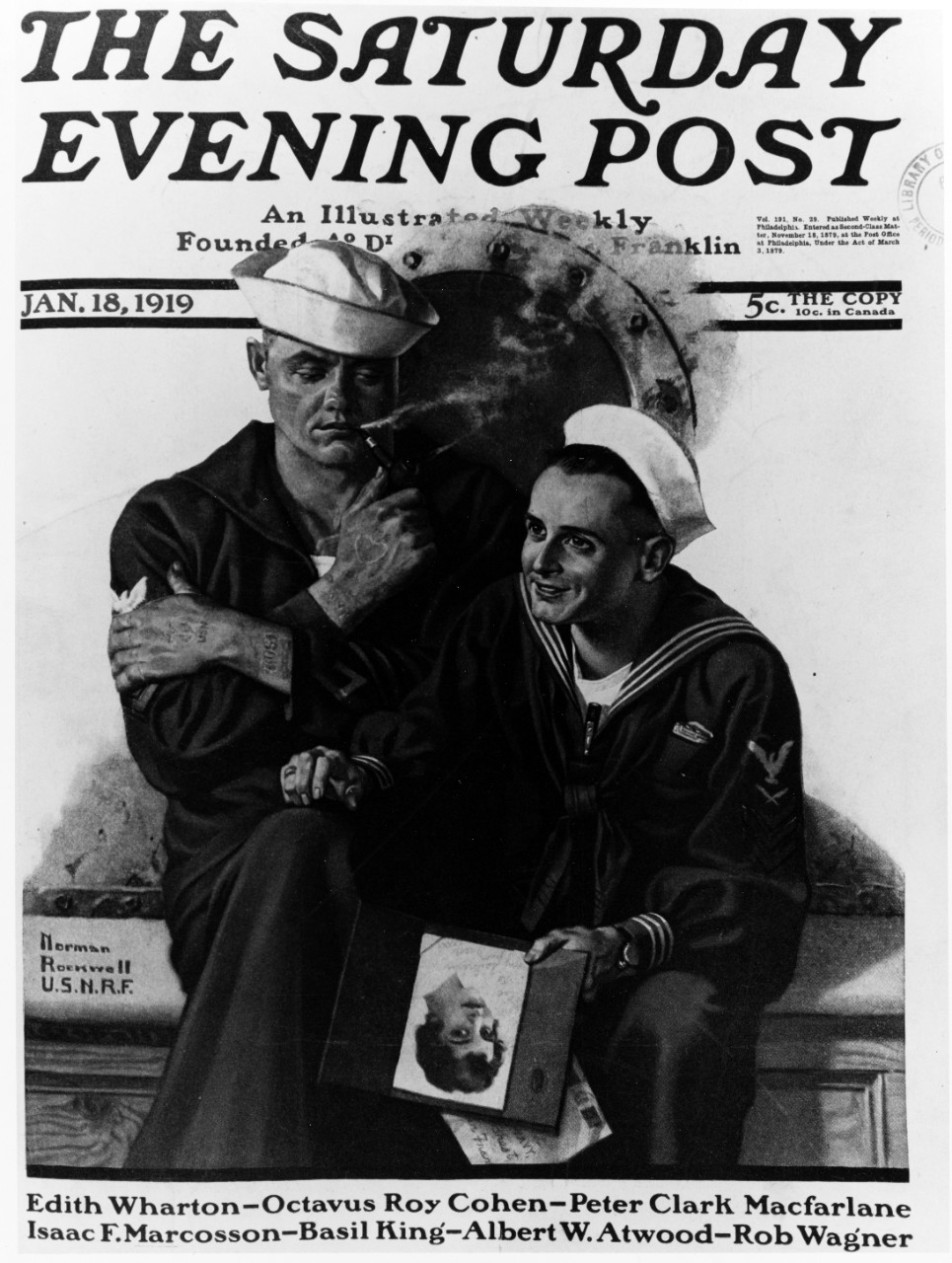 Other artists whose naval works shown were Joseph Pennell, James Montgomery Flagg, Henry Reuterdahl, Howard Chandler Christy, and Vernon Howe Bailey. The exhibit also presented work of women involved with the Navy in World War I who were “artists” in other fields. These include the beautiful actress-songstress Elsie Janis and the amazing Chief Yeoman Daisy May Pratt Erd USNR (F). Chief Erd, a widowed mother, not only joined the Navy, but also composed three patriotic songs and donated her $9000 in royalties to Navy Relief. In appreciation, she was awarded a gold button. 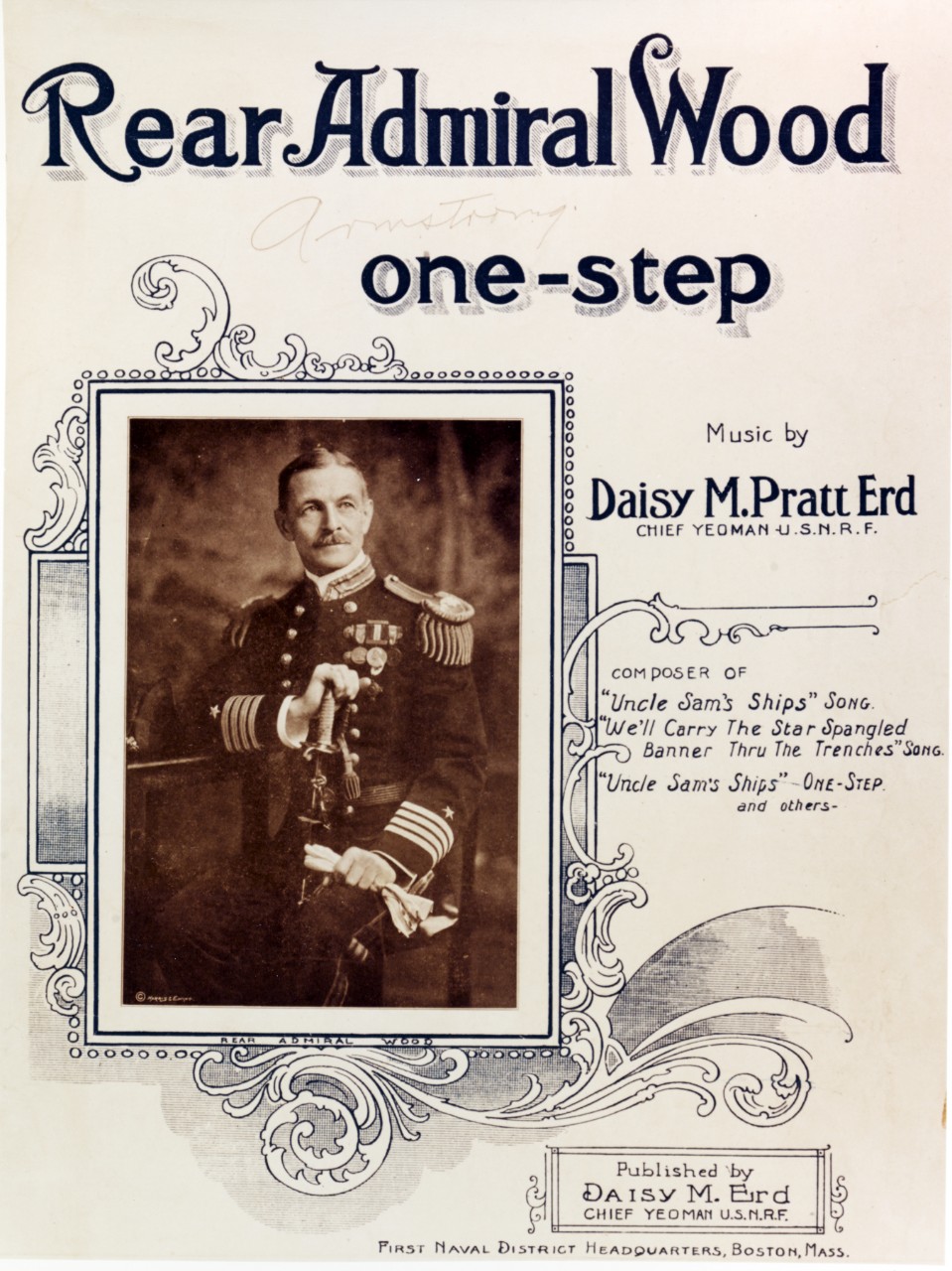 Some of these posters were included in the 1990 exhibit:  The Golden Age of Navy Poster Art