The Navy Memorial Museum (now National Museum of the U.S. Navy) had a small exhibit area to honor U.S. Navy Chaplains for two decades. On November 28, 1775, the Chaplain Corps was established. Through 1975-1978, celebrations were held in various Washington, D.C. locations, including the Washington Navy Yard, to celebrate the 200th Anniversary of the Chaplain Corps and the United States Bicentennial. Below are some brochures from these commemorations. 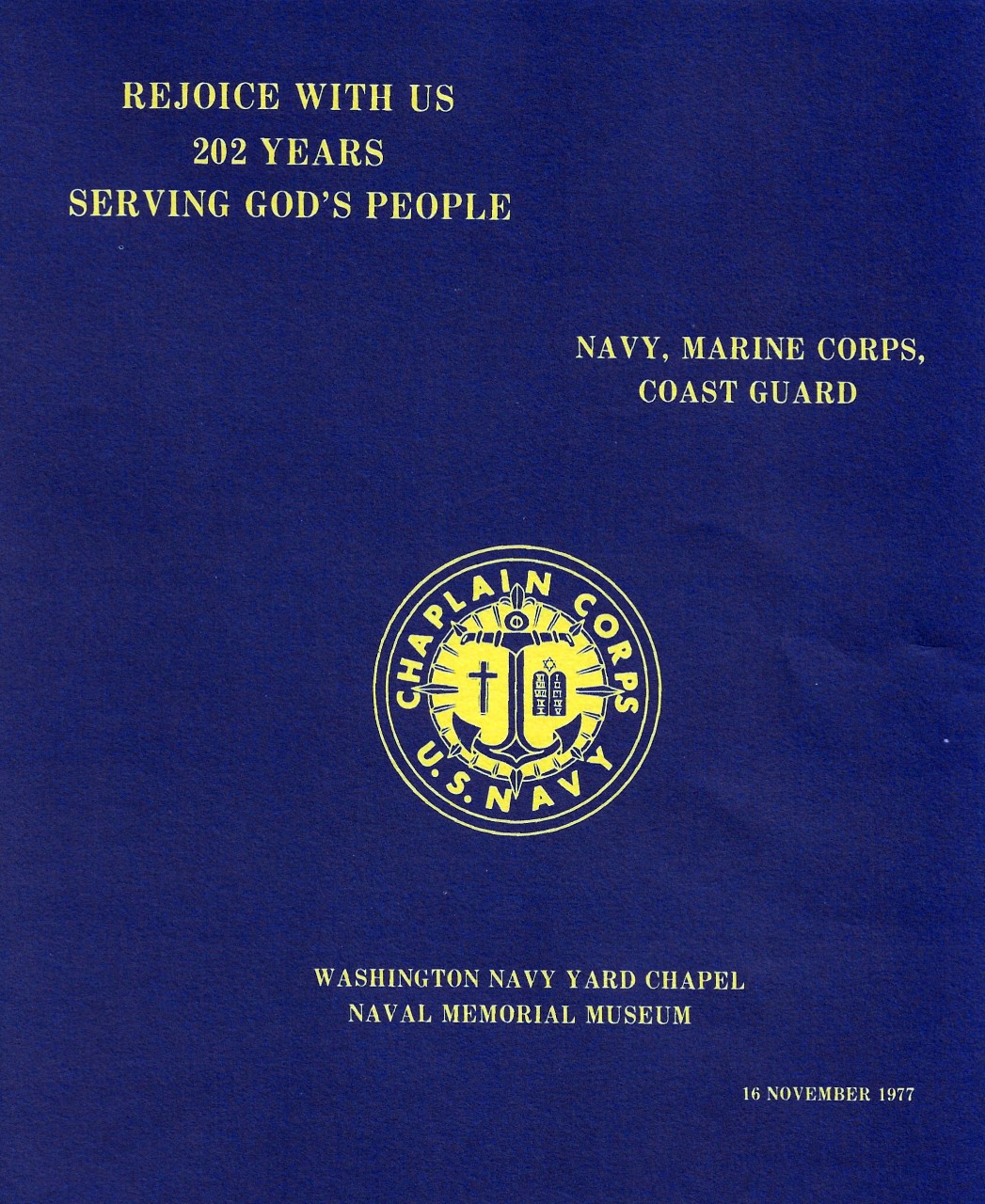 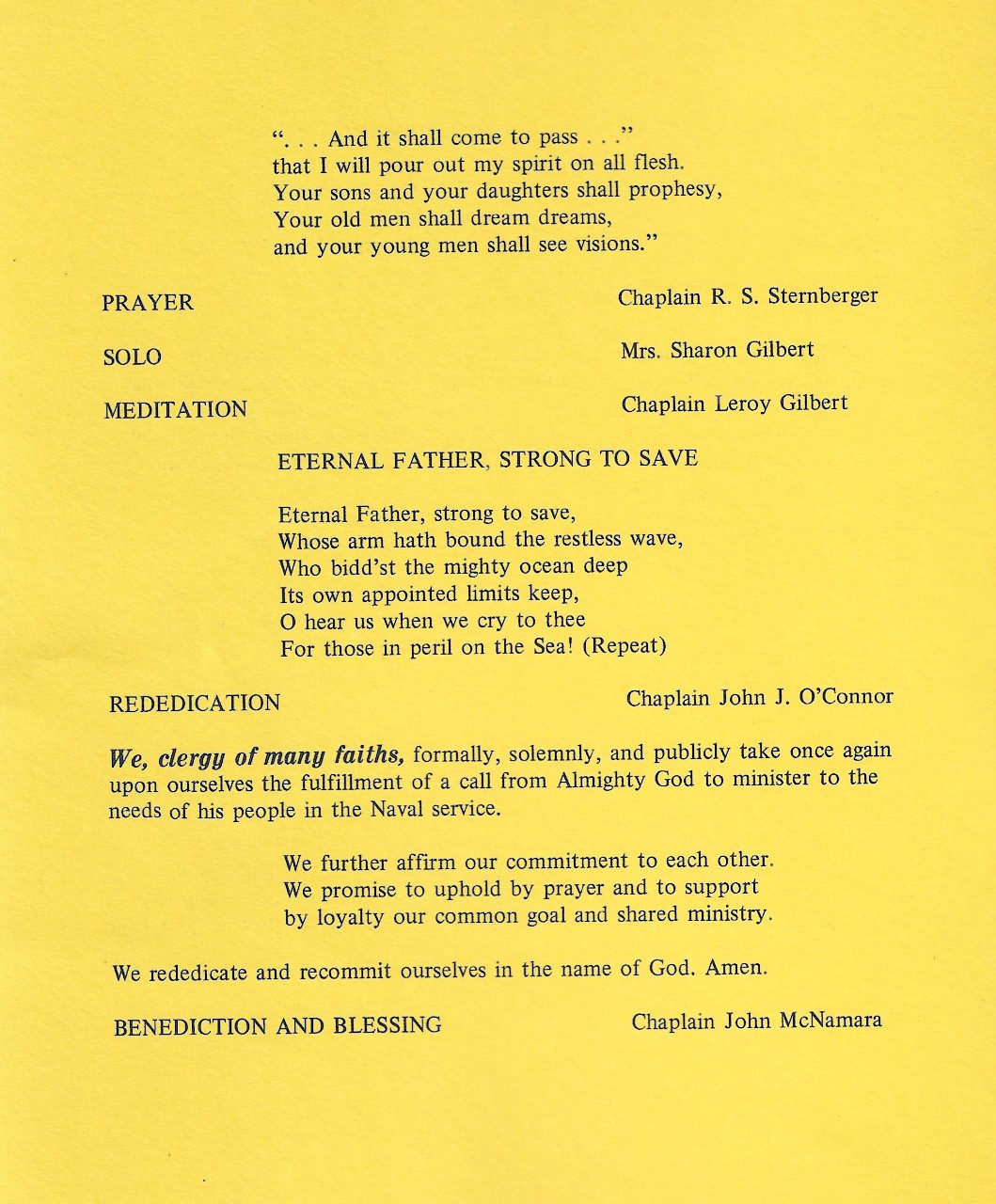 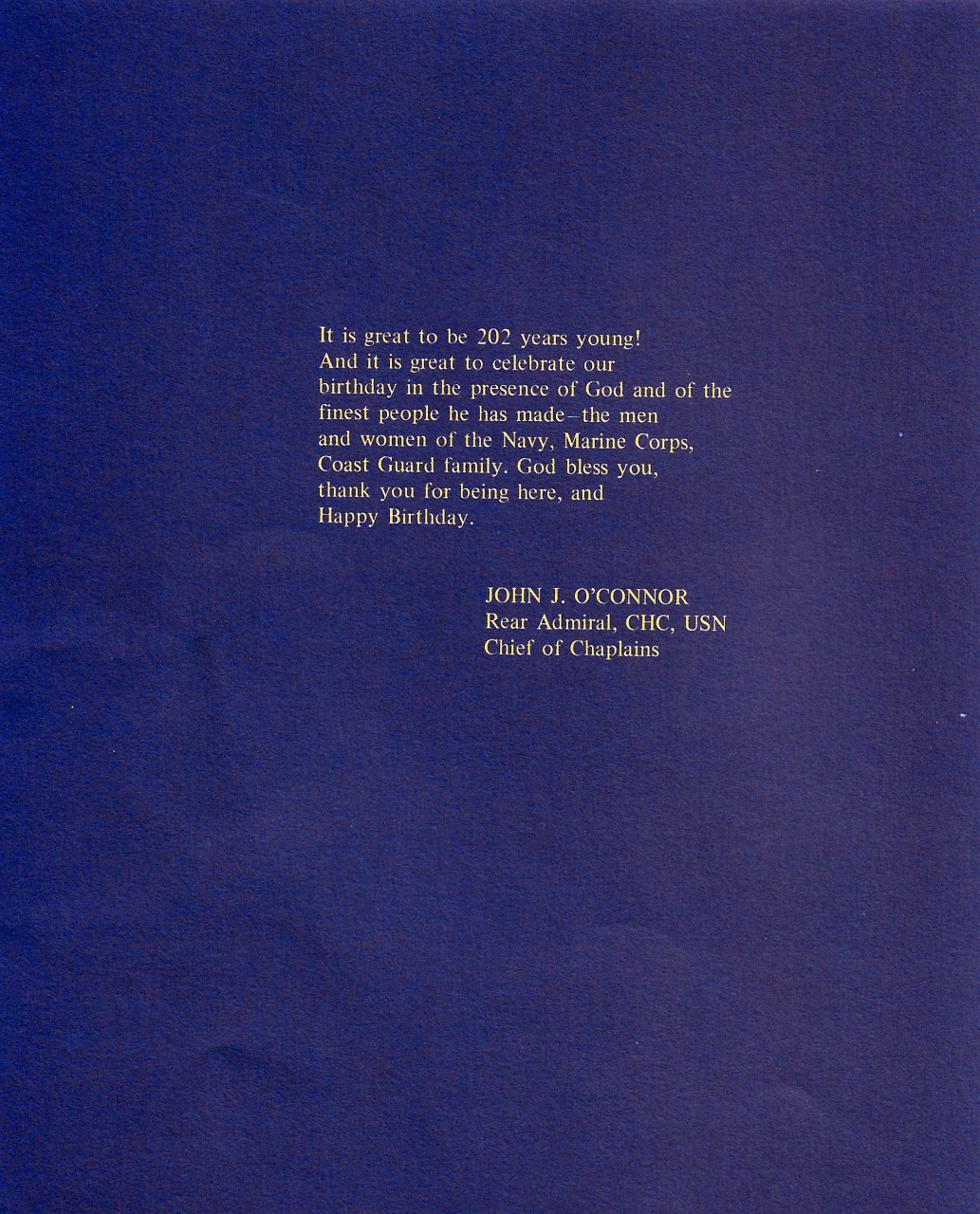 Uniforms
Should Boards, Jewish and Christian
One set of (green) Catholic vestments 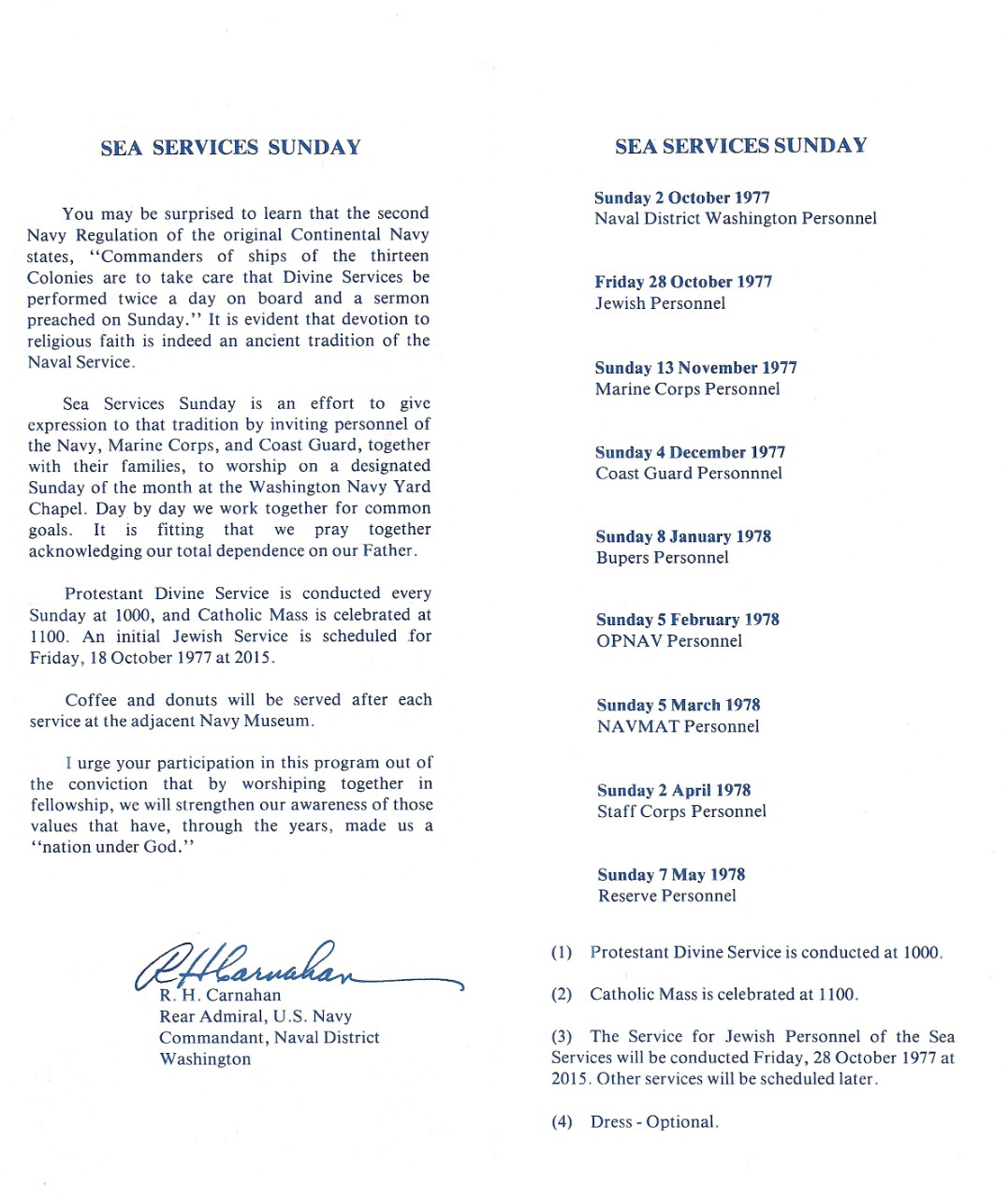 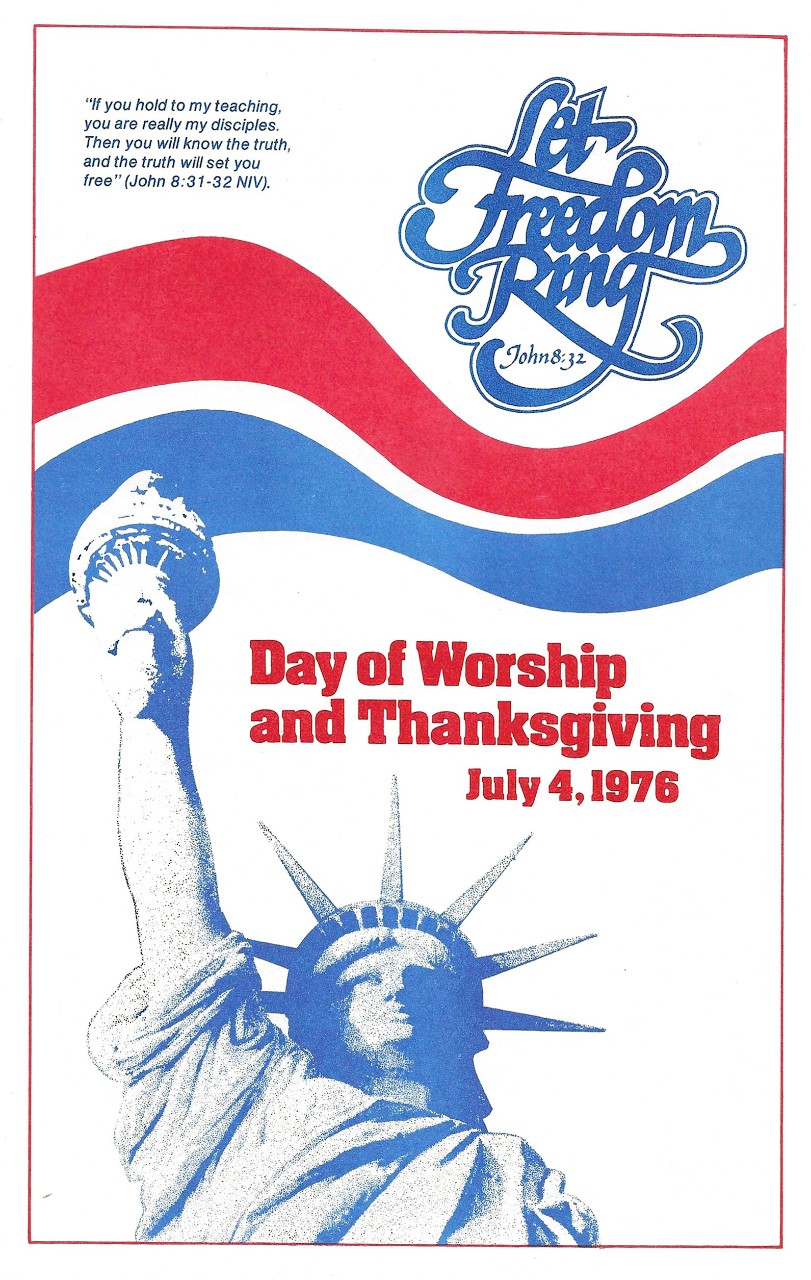 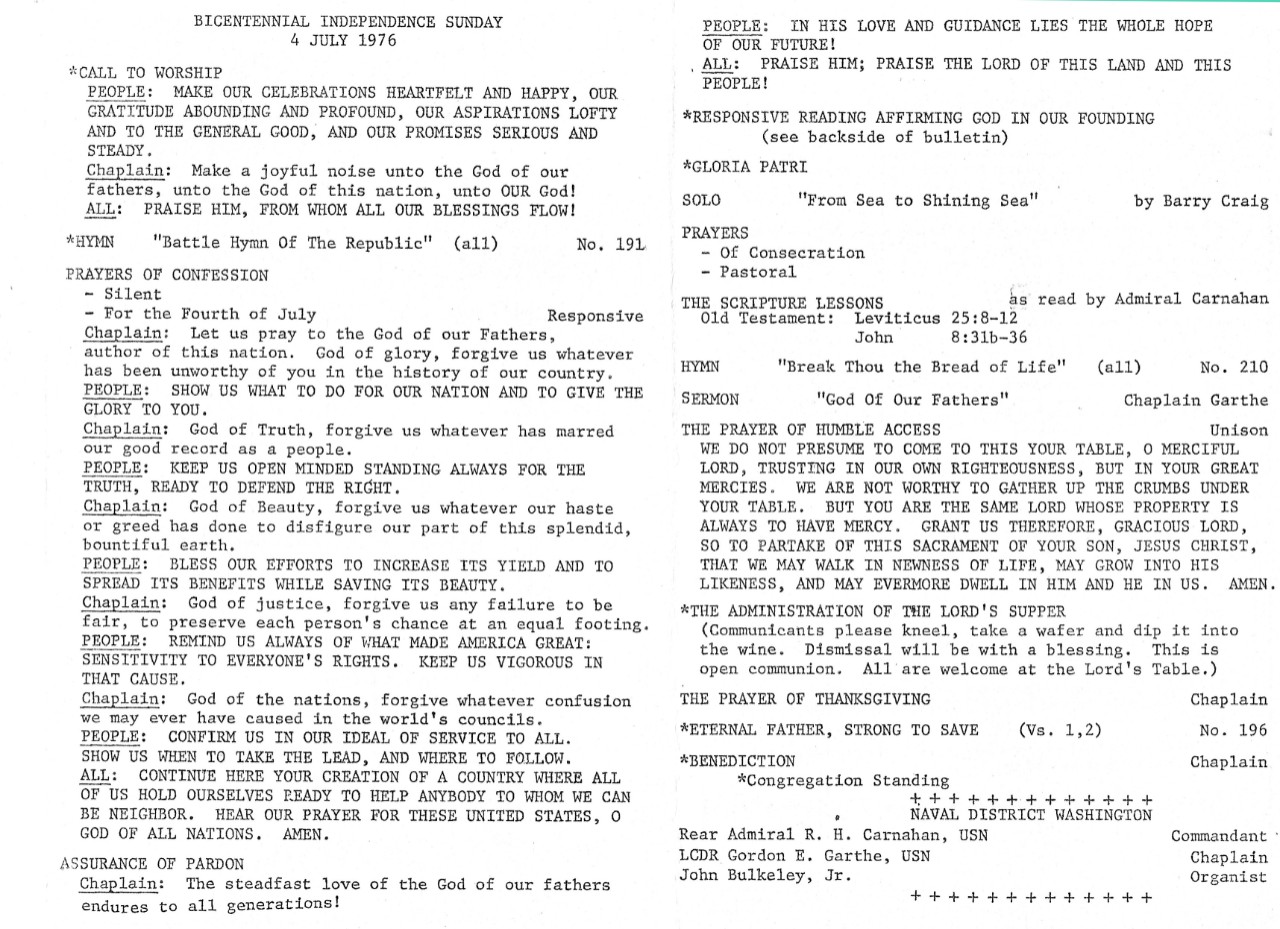 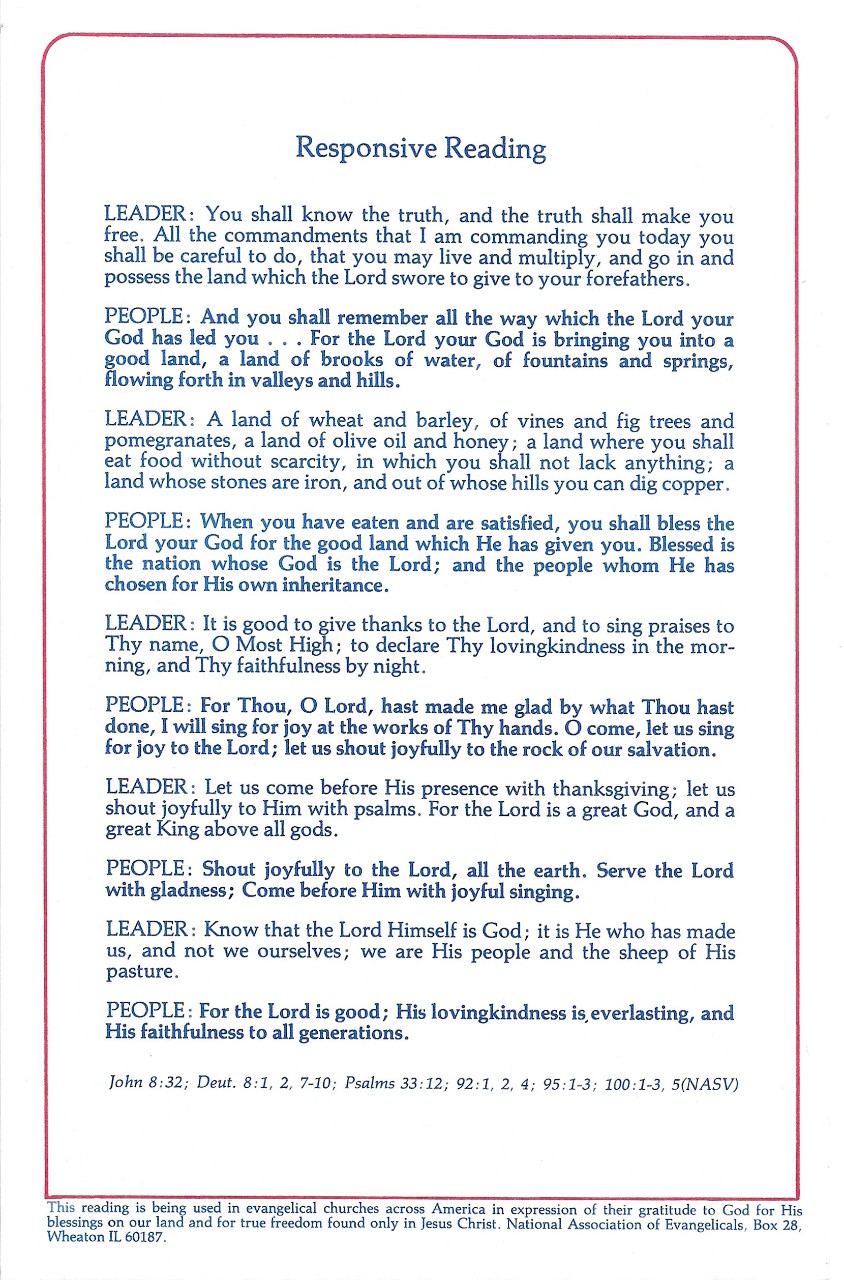