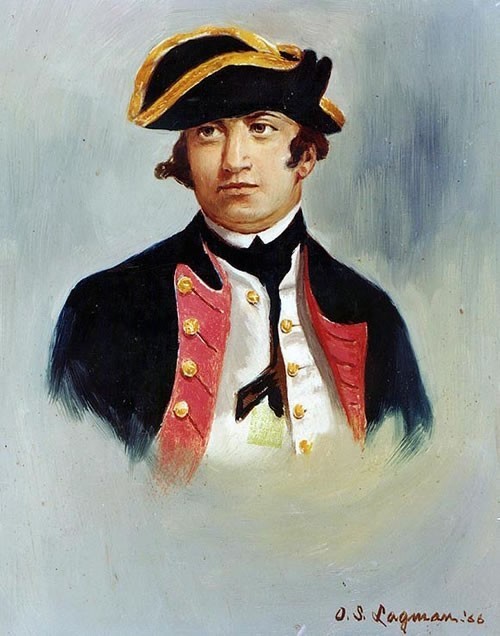 Esek Hopkins was the first commander of the U.S. Navy.

He was born in what is now Scituate, Rhode Island, on 26 April 1718. His brother, Stephen Hopkins, was a member of the Naval Committee of the Continental Congress.

On 5 November 1775, the Naval Committee appointed him Commander in Chief of the Continental Navy’s fleet, consisting of eight merchant ships that had been altered as men of war in Philadelphia. On 5 January 1776, the Naval Committee issued sailing orders to Hopkins to proceed, if wind and weather permitted, to Chesapeake Bay and engage the British fleet. If successful, he was to sail to Rhode Island and attack the British forces there. The fleet assembled in the Delaware River, but the mission was delayed due to ice until 17 February, at which time he sailed for Nassau in the Bahamas.

Hopkins’ fleet made an attack on a British colony in Nassau on 17 February 1776. The effort was successful and resulted in the capture of a large number of guns and ammunition, as well the capture of the Governor and Lieutenant Governor, whom he took prisoner. This was the first amphibious assault by the U.S. Marines and Sailors landed in “a bold stroke, worthy of an older and better trained service,” The fleet captured two British vessels, but failed to capture a third (Glasgow). John Hancock, President of the Continental Congress, wrote Hopkins: “I beg leave to congratulate you on the success of your Expedition. Your account of the spirit and bravery shown by the men affords them [Congress] the greatest satisfaction . . .”

Nonetheless, Hopkins received harsh criticism for his failure to capture Glasgow, and he was also accused of disobedience to orders. He was defended by John Adams, but was nonetheless censured by Congress on 16 August 1776, suspended on 26 March 1777, and was dismissed from the Navy on 2 January 1778. He continued to serve on the Rhode Island General Assembly through 1786.

Hopkins died on the farm on which he retired in Providence, Rhode Island, on 26 February 1802. 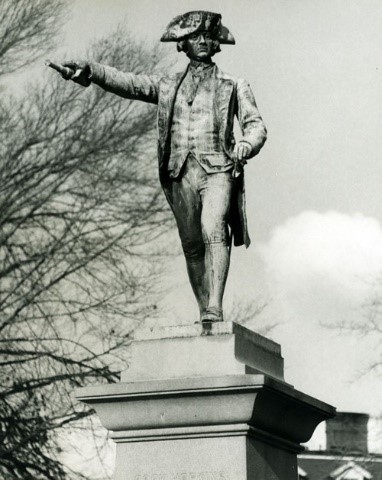 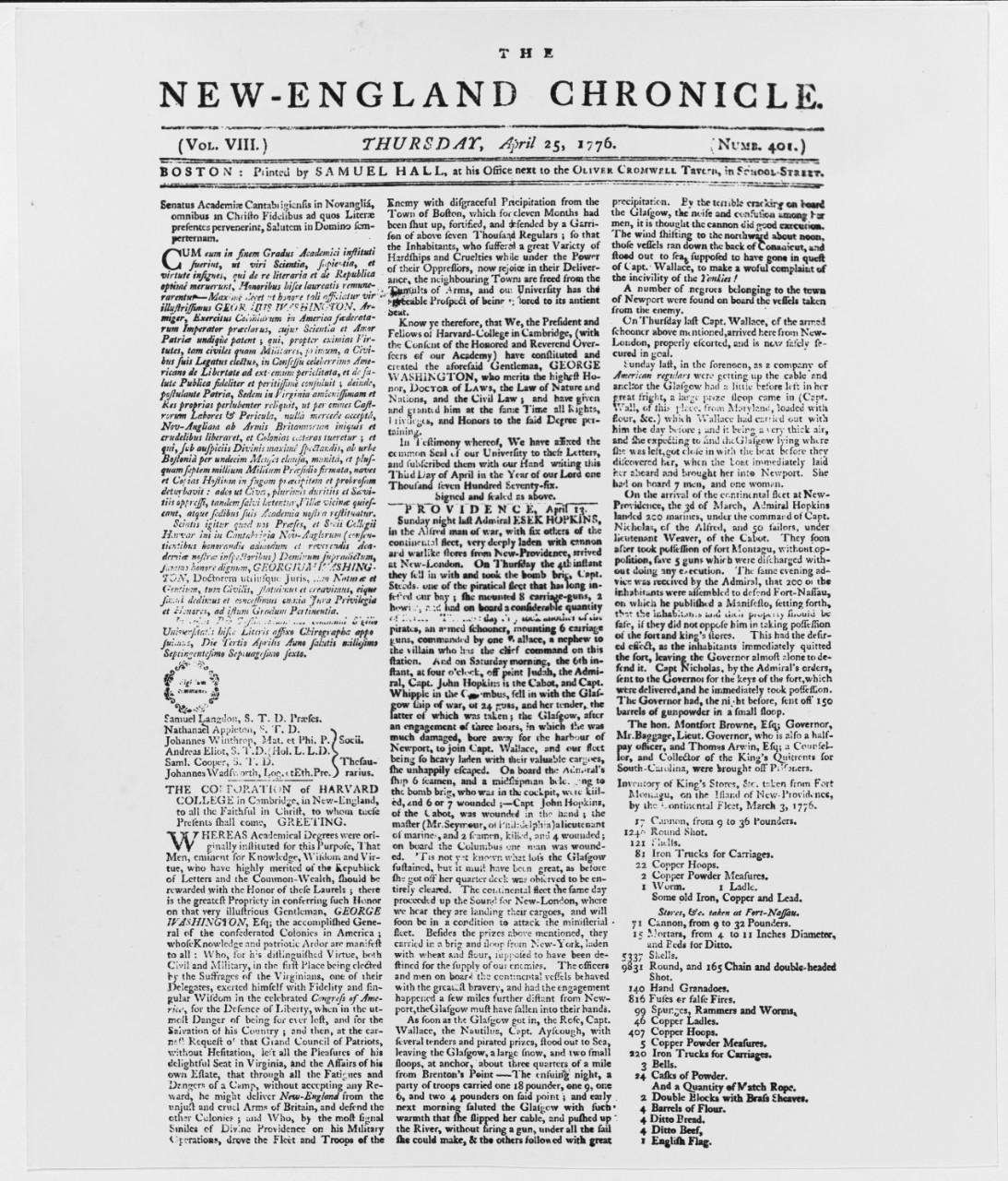 Front page of the New-England Chronicle, published at Boston, Massachusetts, on 25 April 1776. It contains a description of the American raid on New Providence, Bahamas, on 3 March 1776 and the subsequent action between the American ships and HMS Glasgow. (NH 76096) 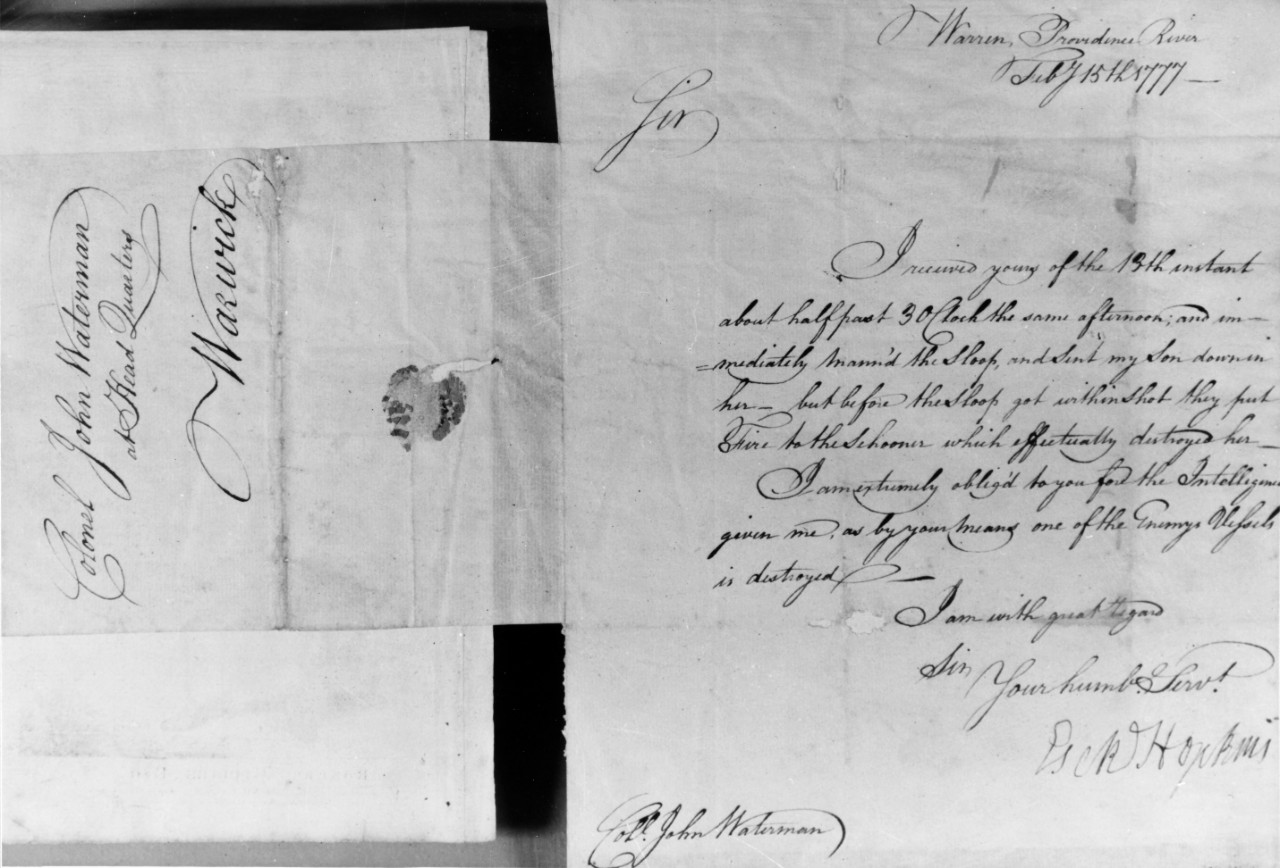 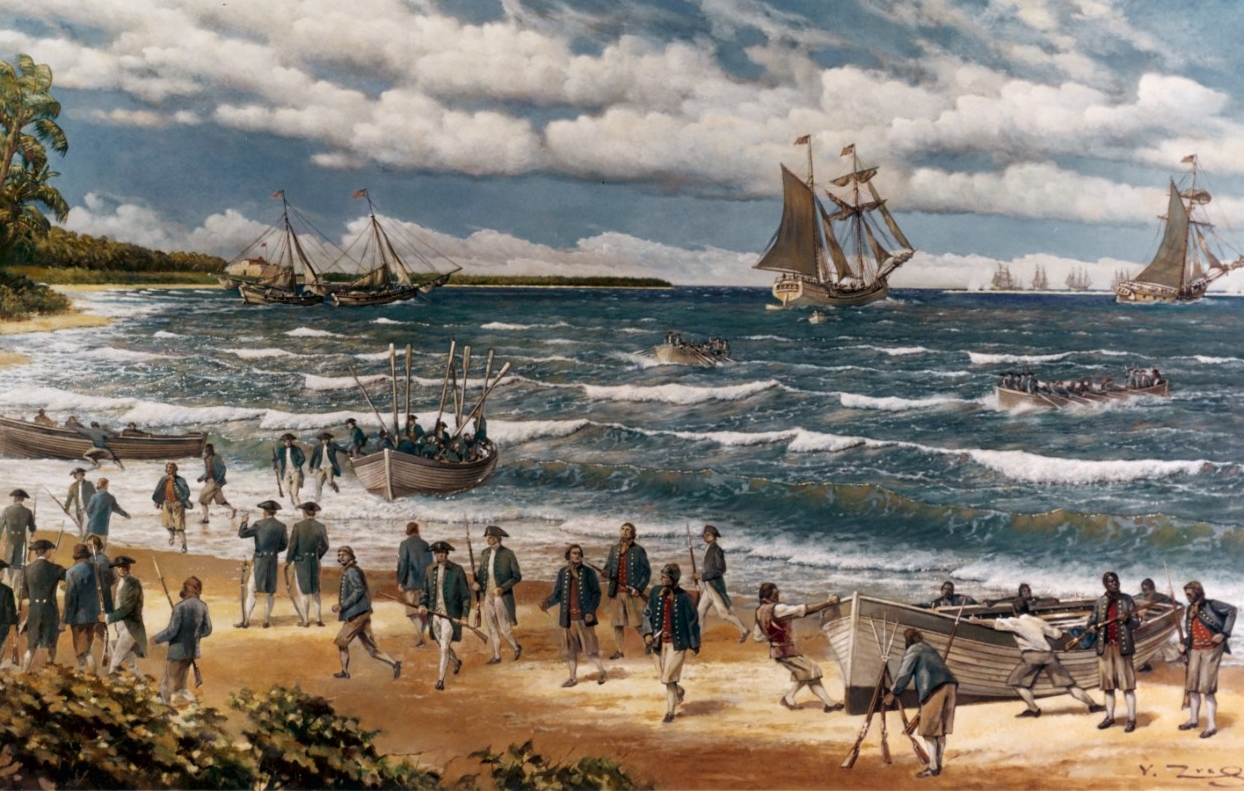 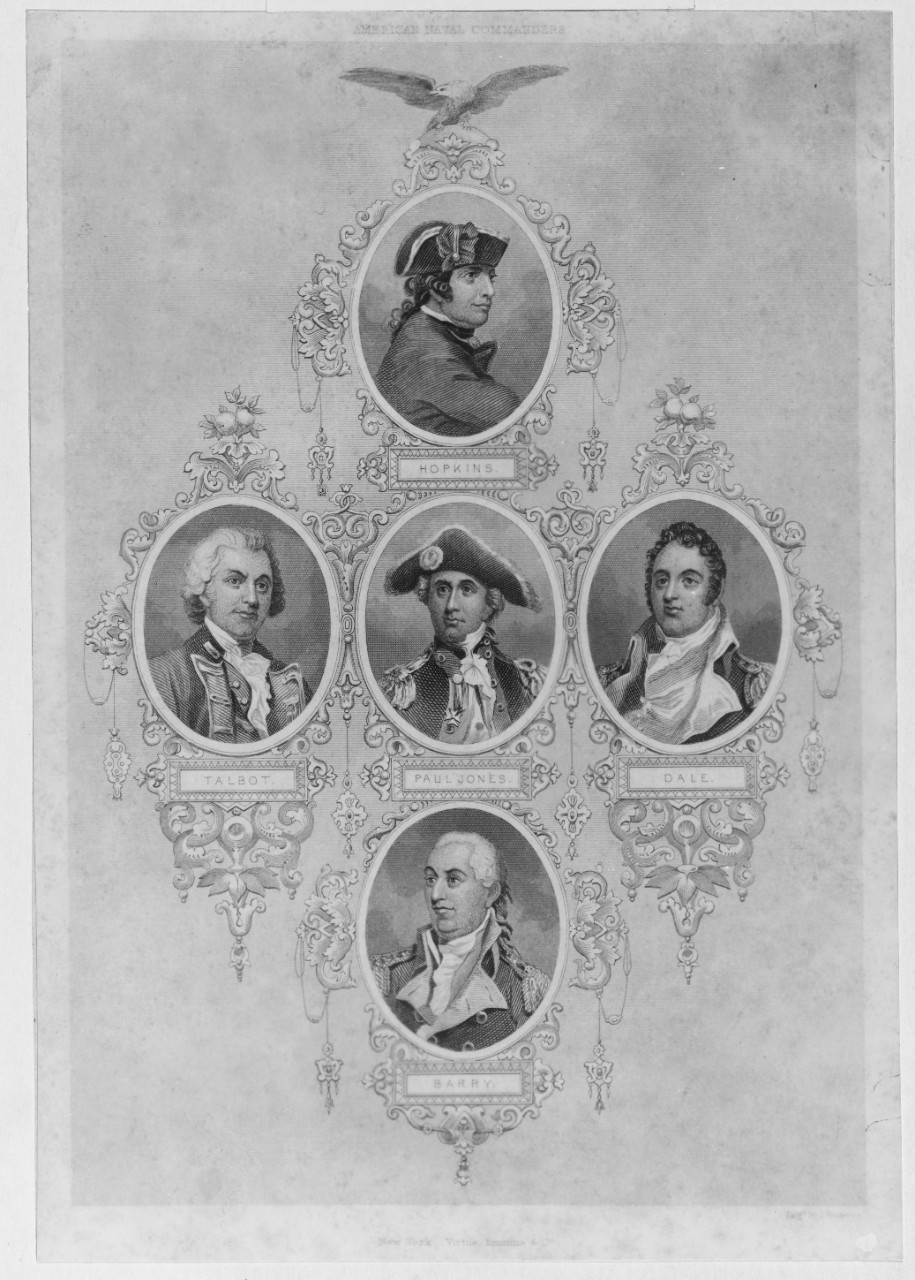 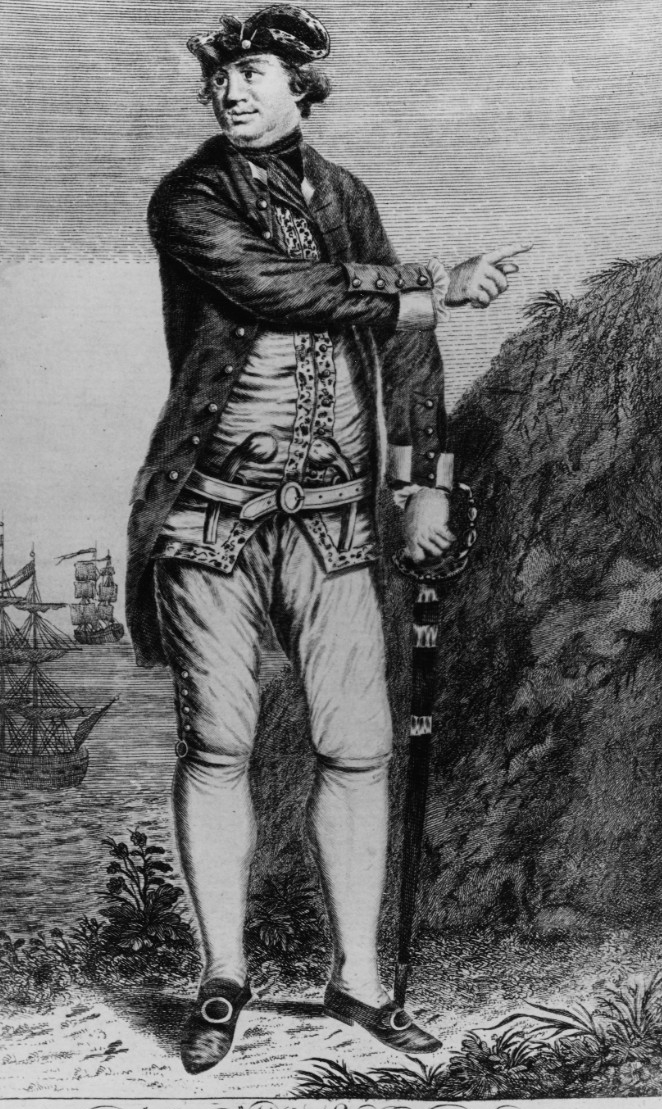 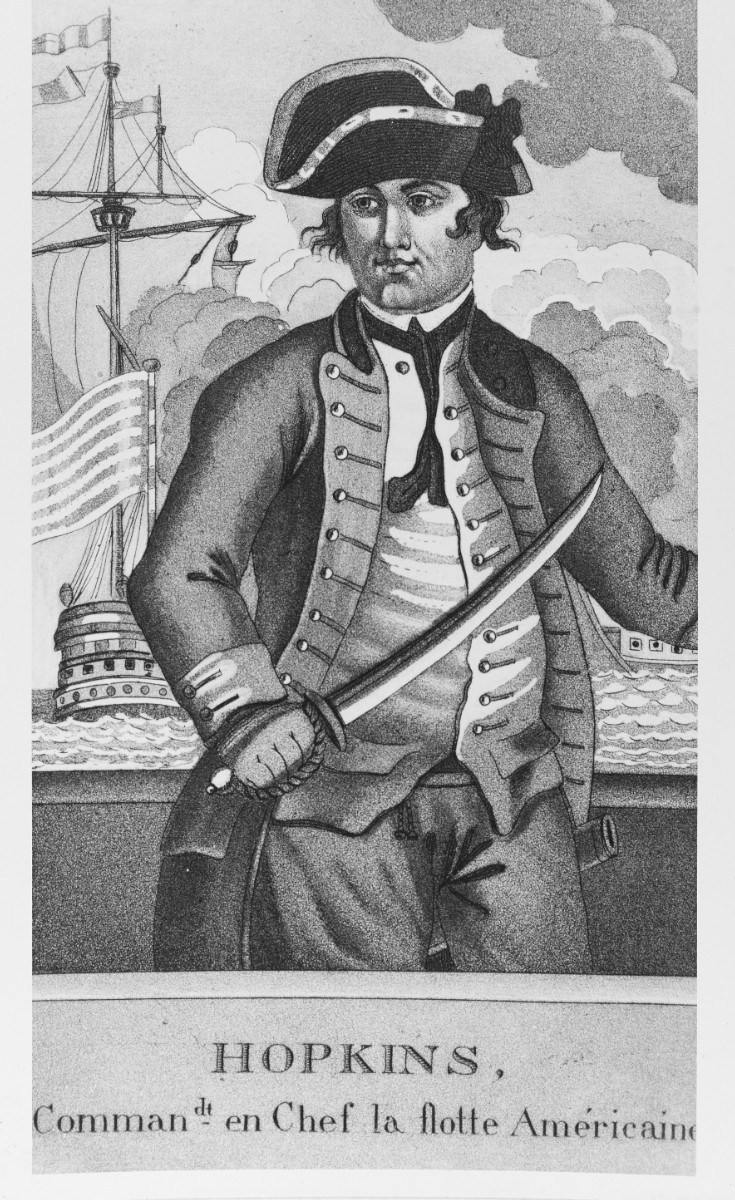 Commander in Chief of the Continental Navy, 1775-1777 Engraving published France during the Revolutionary War era. (NH 66460)