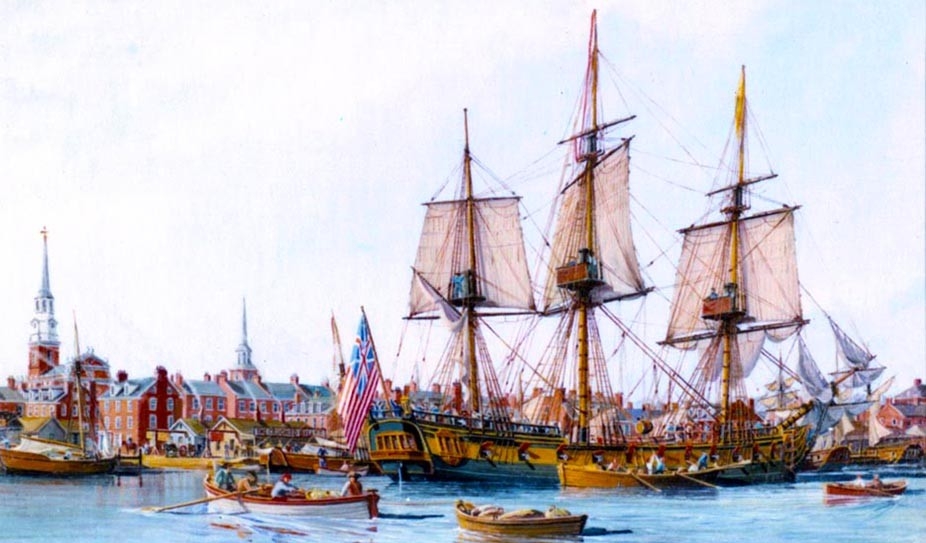 America's rights and interests were being interrupted at sea by the British Royal Navy.  Voting on October 13, 1775, the Continental Congress legislated the beginnings of the Continental Navy by authorizing two sailing vessels, which is also considered the birth of the modern U.S. Navy.  Over the course of the next six years, a hastily-constructed Navy was able to achieve success against Royal Navy ships.  Aided by French allies, culminating in the Battle of the Virginia Capes in September 1781, the British abandoned the effort to prevent American independence and surrendered on October 19, 1781.   This section houses artwork, engravings, and lithographs pertaining to the American Revolution.