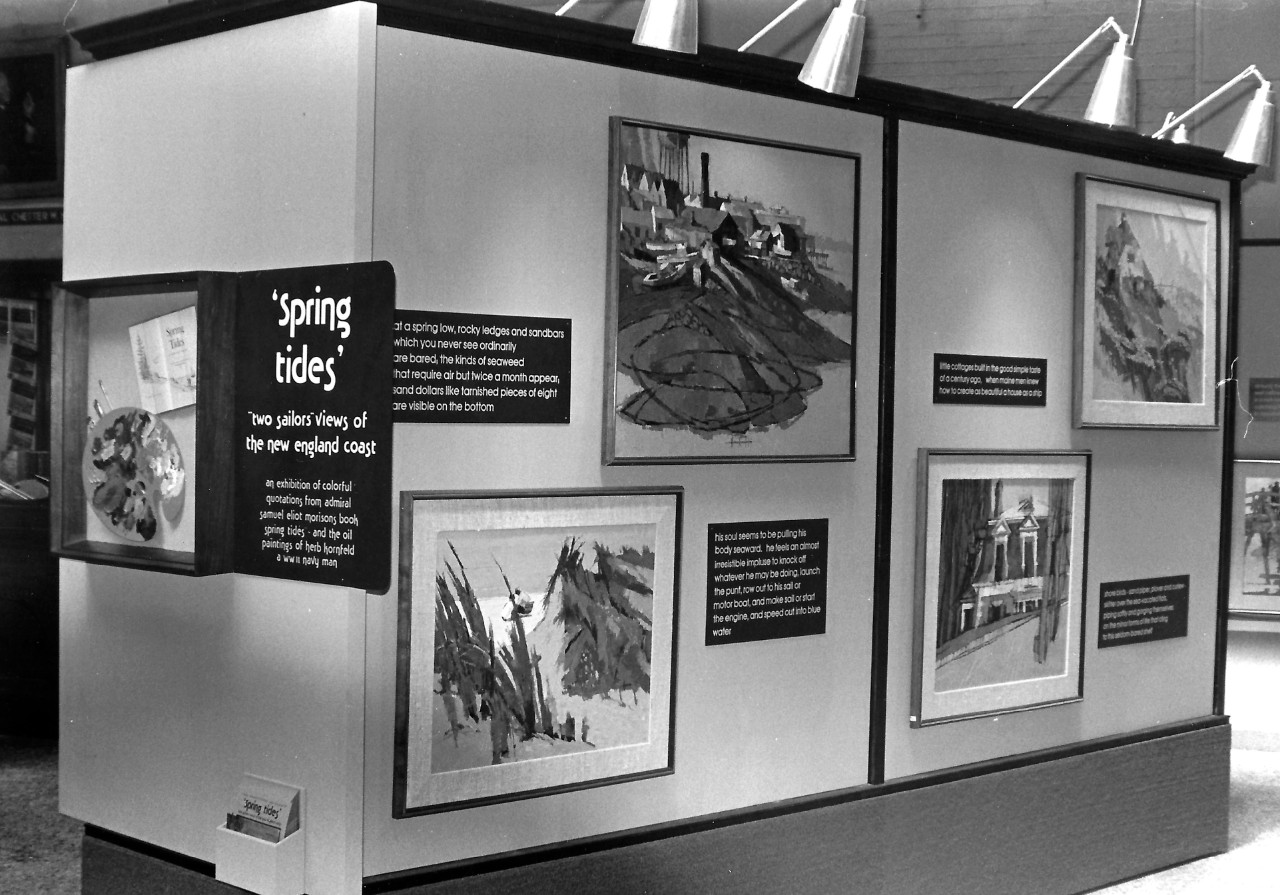 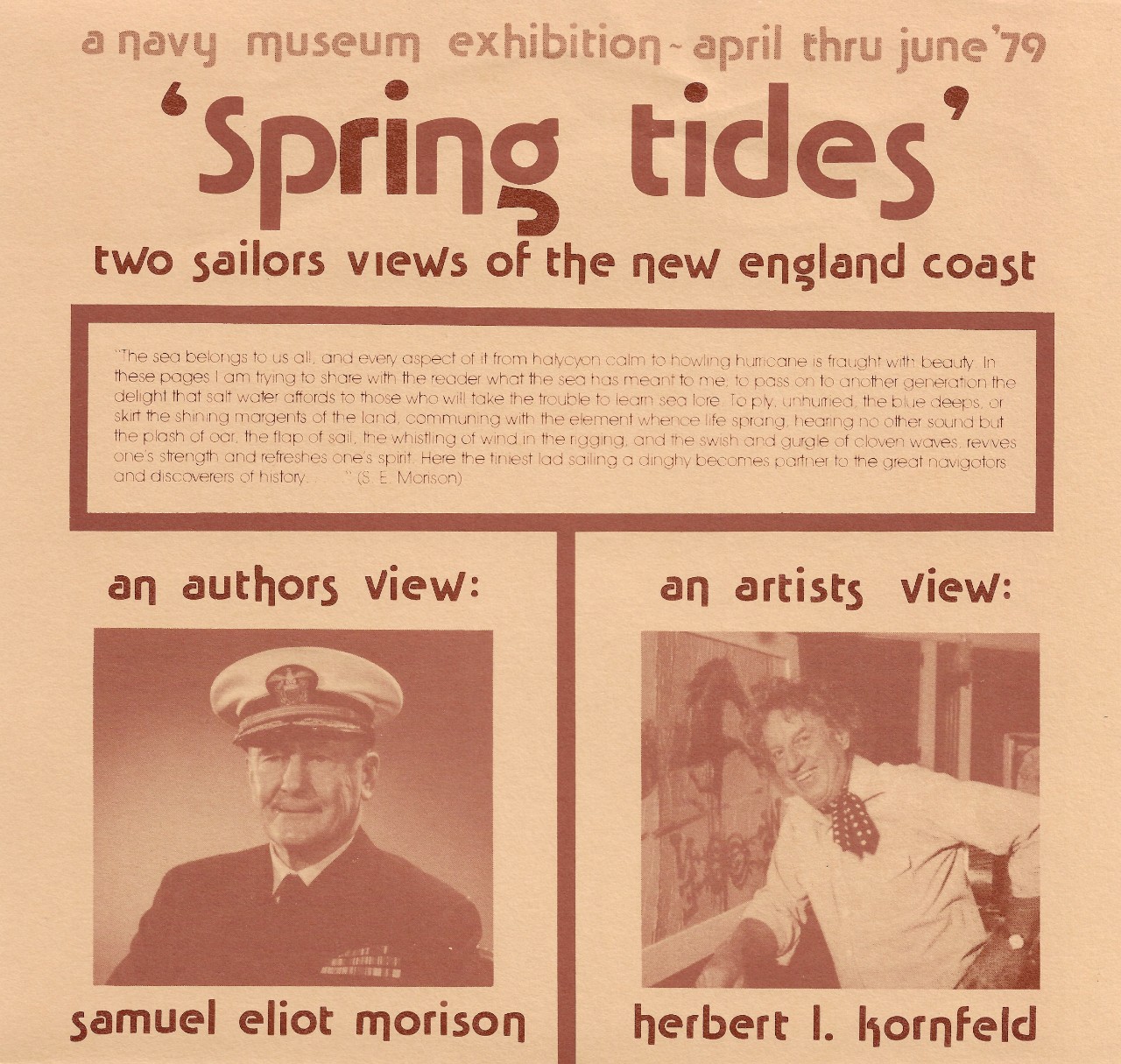 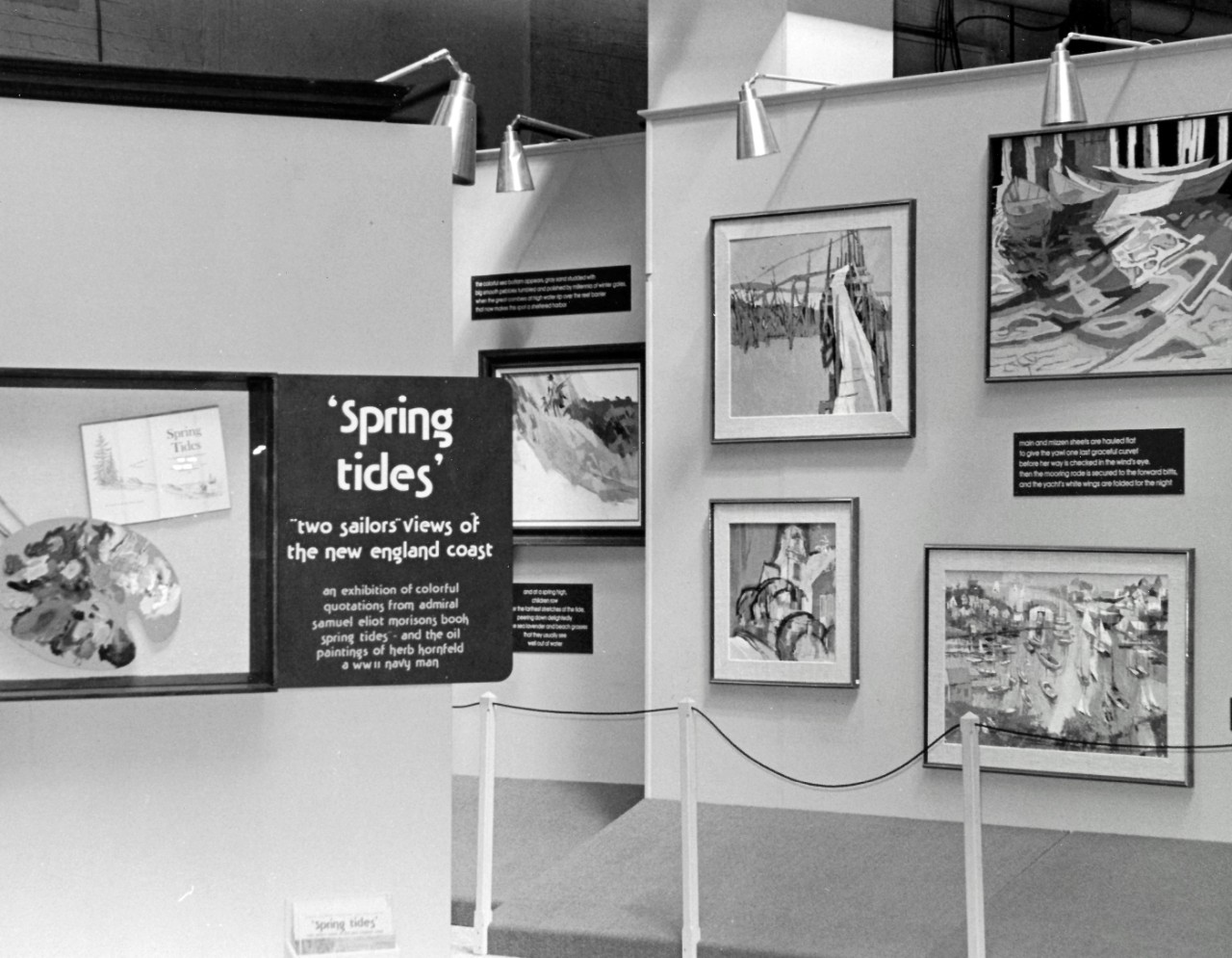 Samuel Elliot Morison’s view:
“The sea has been a delight to me ever since I learned to pull an oar and tend a sheet, and sea literature has fascinated me ever since I learned how to read.” So wrote the author of himself as he eloquently shares with us the sea and the “Spring Tides that so totally delighted him. His book entitled, “Spring Tides” is a collection of those delights – and his recollected experiences – sailing along the New England coast in his youth. The Navy Museum selected a number of quotes from the book and displayed them with the belief you will enjoy his picturesque writing.

Samuel Elliot Morison (1887-1976) insisted modern historians should follow the examples set by both Thucydides and Homer. History, he wrote, must be written by men of experience – with a flair of storytelling. Through his long career as a scholar, sailor, teacher and writer, Morison demonstrated these qualities in un-equaled measure. He retraced the sea routes of Christopher Columbus and won a Pulitzer Prize for the biography that followed. A second Pulitzer was awarded for his biography of John Paul Jones. He taught history at Harvard for forty years and was the University’s tercentennial historian. As official U.S. Naval historian in World War II, he rose to the rank of Rear Admiral and observed first hand much of the action recorded in his fifteen volume History of U.S. Naval Operations. In his later years, he concentrated on research into the European voyages of discovery to America. His vivid prose made history read like a novel.

“I’m a westerner; my first look at the New England coast was two years ago was an exciting point in my travels as an artist seeking beautiful landscapes; painting that coast became a double pleasure with my discovery of Morison’s book Spring Tides. That book, his views, helped me to see New England in a special way – and ultimately led me to those who conceived the idea of this show.”

Herb Kornfelds’ paintings do blend particularly well with Morison’s words and while no attempt was made to “match” paintings with text the total effect makes one want to pack up and head, “Down East”.

Herb Kornfeld was also a member of the Navy in World War II, serving as an artist in the south Pacific, on a variety of ships, in connection with mining operations and educational services.

His career as an artist has been virtually the whole of this life, starting as a teenager on the home town paper in Montana, as a cartoonist with the Disney Studios, as and Industrial Designer a Graphic artist; and, at all times “landscape painter”. His work has been seen in numerous museums and galleries, in print and in public and private collections. 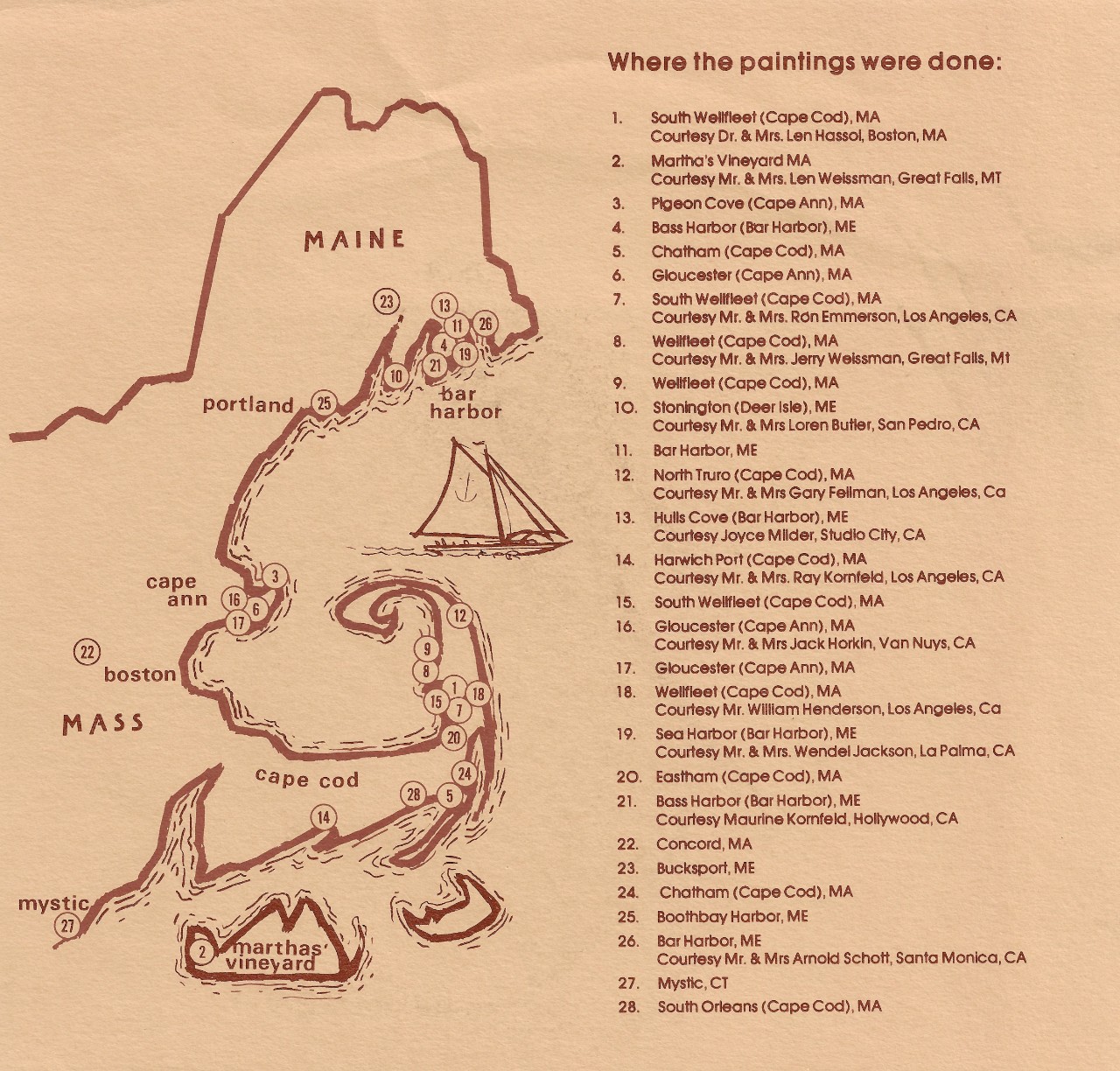