This exhibit traces United States involvement in Spanish colonial conflict in Cuba, the Caribbean, and the Phillippines. During the conflict in Cuba, the Navy sent USS Maine to protect Americans living in Havana, but it exploded in the bay in February 1898. At the time, the US believed Spain attacked Maine, but this theory was disproven years later. This was the final event that propelled the United States into war with Spain. After a short war, Spain relinquished the Philippines, Puerto Rico, Guam, and the Marianas to the United States. The outrage over Maine is presented in this exhibit, as well as an audio presentation and diorama on Commodore George Dewey's attack on Manila Bay.

Interesting artifacts in the Spanish-American War exhibit include:

Please click on the models below for a photographic history of the ship. 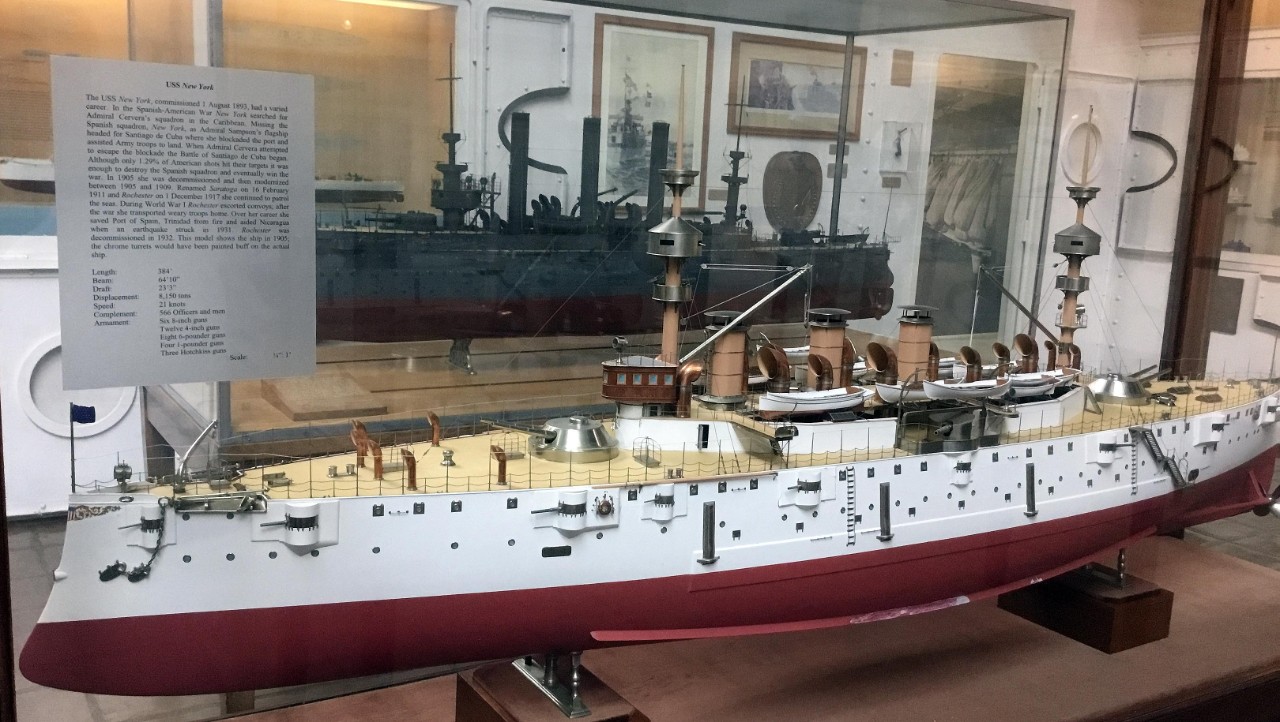