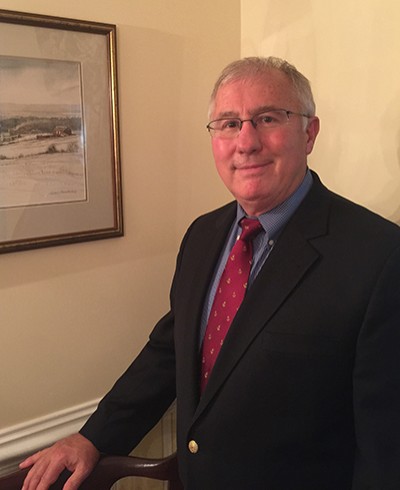 Dr. Truver is director of TeamBlue, Gryphon Technologies’ center of excellence for articulating and communicating strategies, policies, plans, and programs. He has 40 years’ experience in research, analysis, program advocacy, and writing/editing/publishing complex printed and electronic publications. Since 1972, Dr. Truver has participated in numerous studies for government and private industry in the United States and abroad, and has also written extensively for U.S. and foreign publications. He has been involved in projects for a broad range of national security, homeland security, defense, naval, and maritime customers, sometimes at significant levels of access.

Dr. Truver has supported U.S. Navy mine warfare (MIW) and explosive ordnance disposal (EOD) since 1979, when he prepared for a law-of-war assessment of an advanced submarine-launched remote-control mine concept. He wrote the first definitive unclassified assessment of the 1984 Libyan mining of the Red Sea, published in the May 1985 U.S. Naval Institute (USNI) Proceedings/Naval Review, and is the co-author of the revised edition of Weapons That Wait: Mine Warfare in the U.S. Navy (Naval Institute Press, 1991). At several companies, he and his teams have provided political-military research, analysis, communications, and strategic engagement support to MIW and EOD-related OPNAV, NAVSEA/NAVAIR, and program executive office (PEO) organizations since 1991. He was the principal research analyst and writer/editor for the production of the U.S. Navy’s first post–Cold War mine warfare plan in 1992 and subsequent MIW plans. This support also included the project for the Littoral and Mine Warfare PEO and the Director, Expeditionary Warfare, which delivered the 2009 strategic vision “MIW Primer,” 21st-Century U.S. Navy Mine Warfare: Ensuring Global Access and Commerce.

Dr. Truver’s 2008 Naval War College Review article, “Mines and Underwater IEDs in U.S. Ports and Waterways: Context, Threats, Challenges, and Solutions,” is regarded as an important contribution to understanding this hybrid homeland maritime security threat. This was the basis for his presentation at a NATO Underwater Security Conference in Copenhagen in the fall 2008. He served as study director and principal analyst for a 2009–12 OSD/JT&E project (JMETE) that assessed the requirements and capabilities for a focused counter-mine/underwater improvised explosive device (UWIED) program to escort high-value units in critical waterways. He presented a paper on Chinese mine warfare—PLAN Mines and Mining: Countering China’s “Assassin’s Mace”?—at the 2011 “China’s Strategy for the Near Seas” conference hosted by the China Maritime Studies Institute, Naval War College. This was published in the spring 2012 Naval War College Review. In the spring 2015 Naval War College Review issue, he also published a commentary, “Wanted: U.S. Navy Mine Warfare Champion.” This was also delivered as a presentation at the 2015 National Defense Industrial Association (NDIA) Undersea Warfare Symposium. Based on those materials, Dr. Truver  posted a commentary on Navy mines and mining, “Closing the U.S. Navy’s Mine Warfare Gap,” in June 2015 (http://www.sldinfo.com/closing-the-us-navys-mine-warfare-gap/), and in May 2016 his commentary, “U.S. MCM Forces Should Train Like They Fight,”(https://news.usni.org/2016/05/04/ opinion-u-s-mine-countermeasures-forces-should-train-like-they-fight#more-19451), was posted on USNI News.

Dr. Truver holds a Doctor of Philosophy degree in Marine Policy Studies (1978)—the first Ph.D. in this field ever awarded by an institution of higher education—and a Master of Arts degree in Political Science/International Relations (1974) from the University of Delaware. He also holds a Bachelor of Arts degree in Political Science from Susquehanna University (1972) and is a 1968 graduate of Forrest Sherman High School, Naples, Italy.