Plaque from USS Missouri Marking the Location of the Japanese Surrender 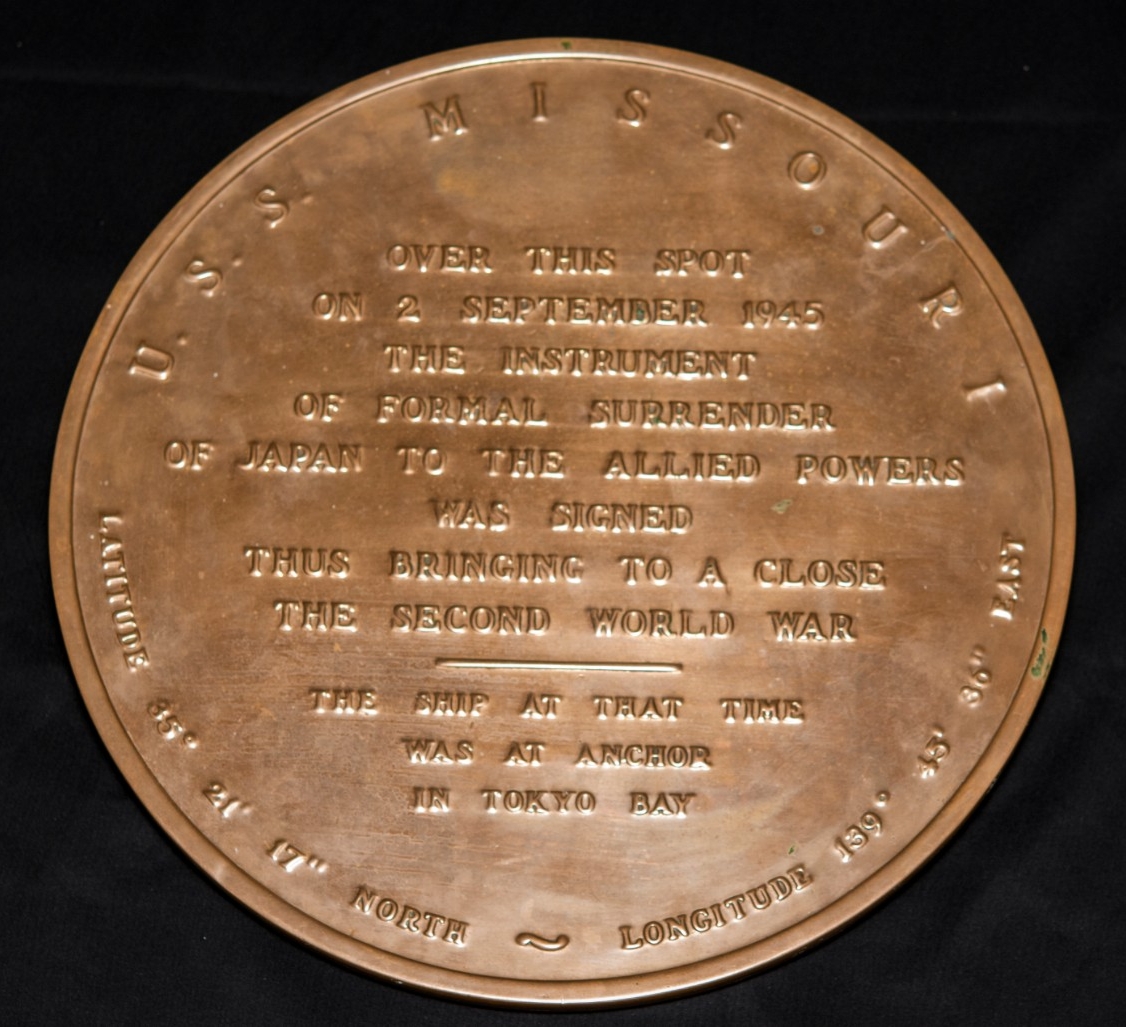 One plaque commemorating the surrender ceremony on board the USS Missouri (BB-63). Brass disk with worn but legible raised lettering. Plaque reads, "Over This Spot / On 2 September 1945 / The Instrument / Of Formal Surrender / Of Japan To The Allied Powers / Was Signed / Thus Bringing To A Close / The Second World War / The Ship At That Time / Was At Anchor / In Tokyo Bay". Lettering around the perimeter of the plaque reads, "U.S.S. Missouri / Latitude 35 (degrees) 21' 17" North - Longitude 139 (degrees) 45' 36" East."

Word of the Japanese surrender was announced by President Harry Truman 15 August 1945. The surrender ceremony was to take place onboard the USS Missouri in Tokyo Harbor. On 2 September 1945, the official surrender of Japan was broadcast to the world. A plaque to commemorate the signing of the surrender agreement to be placed onboard the Missouri was requested by ADM Nimitz in a letter dated 11 Sept 1945- only nine days after the ceremony took place.