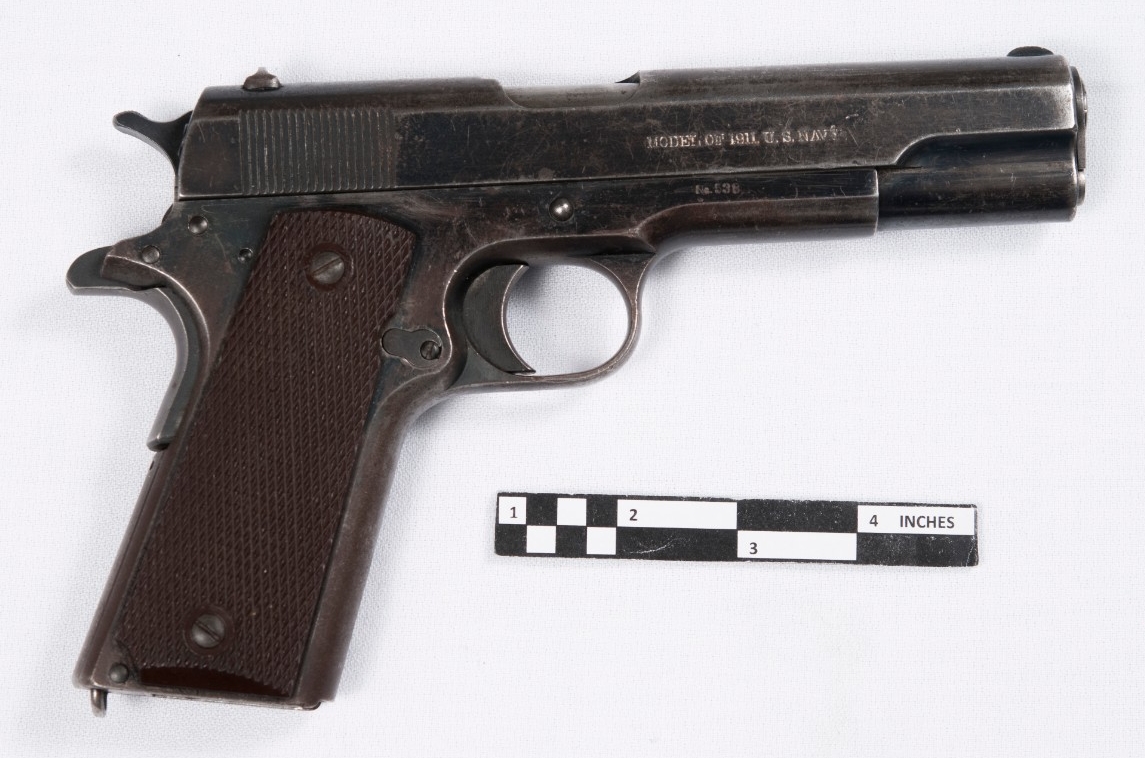 A recoil operated, semi-automatic, .45 caliber pistol, fed from a 7-round detachable box magazine contained in the grip. Fixed front and rear sights are mounted to the top of the full-length slide, which completely encloses the barrel. The pistol has a spur hammer and a frame spur to protect the firer’s hand from “hammer bite” at the rear of the frame. A grip safety is also at the rear, and a frame safety is on the left side at the rear, behind the slide stop lever. The magazine catch release is also on the left, behind the trigger. The pistol was originally blued, but the finish is heavily worn from use and was likely refinished at some point. The pistol has its original checkered walnut grip panel in place on the left side and a newer brown plastic replacement grip panel on the right side, both held on by two screws each. The obverse slide is marked “Model of 1911 U.S. Navy/No. 538.” The reverse slide is marked “Patented Apr. 20, 1897/Sept. 9, 1902. Dec. 19, 1905. Feb. 14, 1911” and “Colt’s Pt. F.A. Mfg. Co./Hartford Ct U.S.A.” The frame is marked “United States Property.”

Designed by John Moses Browning, the Colt Model of 1911 became the standard pistol for all US services when it entered production in 1912. Contracts alternated between the US Army, Navy and Marine Corps over the production life of the M1911, which lasted from 1912 to 1919. The first 500 pistols went to the Army and the second group, numbered consecutively, went to the Navy. The example shown is the 37th M1911 manufactured for the Navy in 1912. The design was improved in 1926 and adopted as the M1911A1. The M1911 series pistols remained in service until 1986, when the M9 9mm Pistol was adopted to replace them. Serial number 538 was transferred to NHHC in 1991 after serving the Navy for 79 years. 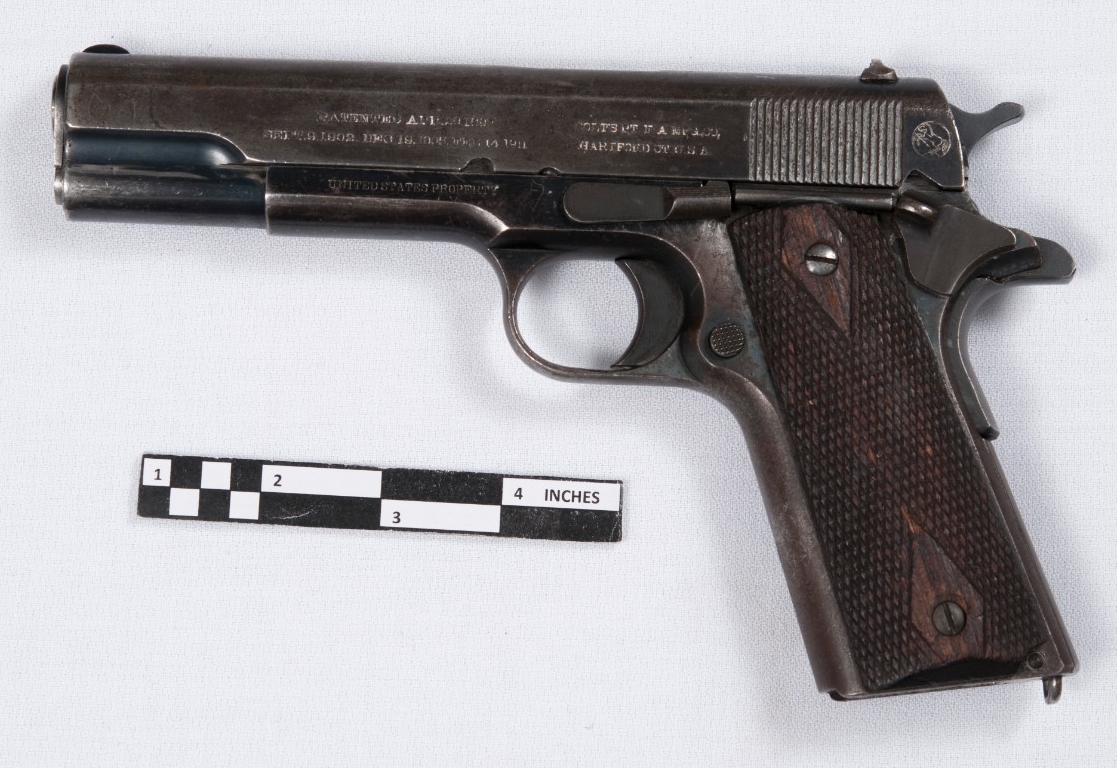