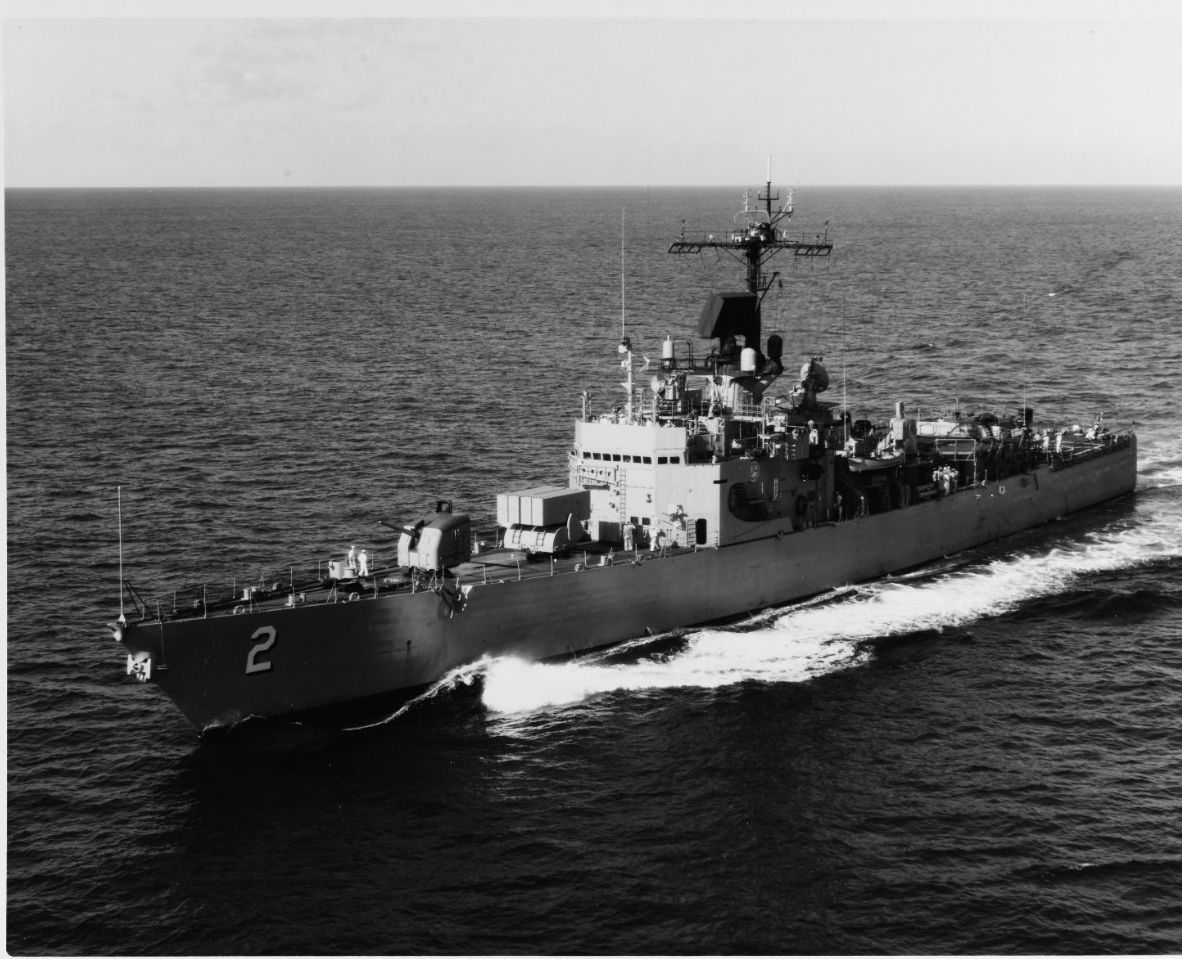 DeWitt Clinton Ramsey was born on 2 October 1888 at Whipple Barracks, Ariz. Graduated from the Naval Academy, he was commissioned Ensign in June 1912. In 1917 he qualified as a naval aviator. During World War I, he was Inspection Officer for United States Naval Air Stations in France, and a member of the Inter-Allied Armistice Commission.

During World War II, he commanded Saratoga (CV-3) in the Battle of the Coral Sea on 7 and 8 May 1942, in the Battle of Midway 4 to 6 June, and during the landings against Guadalcanal, Solomons, in August. For his skillful use of airpower against Japanese naval forces in the Solomons, he won the Navy Cross. In Saratoga, he next commanded a task force that included the British fleet carrier Victorious.

Ramsey received the Distinguished Service Medal as Chief of the Bureau of Aeronautics from 6 August 1943 to 1 June 1945, and a Gold Star as Vice Chief of Naval Operations from 15 January 1946 to 3 January 1948. After commanding the Pacific Fleet, he served as Commissioner of U.S. Trust Territory in the Pacific, until retiring 1 May 1949. Admiral Ramsey died 7 September 1961 in Philadelphia.

After shakedown off the west coast, Ramsey  departed Long Beach, Calif., on 1 May 1968 for the western Pacific. Following duty off Vietnam and her return to Long Beach 9 November, she sailed again for the western Pacific 8 October 1969, and again operated off Vietnam, before returning to Long Beach 18 April 1970. Between January 1970 and January 1974, Ramsey alternated two more WestPac cruises with operations off the west coast of the United States. She was reclassified as a guided missile frigate, FFG-2, in 1975.

Stricken from the Naval Vessel Register on 25 January 1992, ex-Ramsey was "disposed-of in support of a Fleet training exercise" on 15 June 2000.