A mission sponsored by undersea technology company Caladan Oceanic and led by entrepreneur, explorer and retired naval officer Victor Vescovo has announced they have found a section of wreckage belonging to the World War II Fletcher-class destroyer USS Johnston (DD 557) which was lost at the Battle off Samar, part of the Battle of Leyte Gulf, on Oct. 25, 1944.

A mission sponsored by undersea technology company Caladan Oceanic and led by entrepreneur, explorer and retired naval officer Victor Vescovo has announced they have found a section of wreckage belonging to the World War II Fletcher-class destroyer USS Johnston (DD 557) which was lost at the Battle off Samar, part of the Battle of Leyte Gulf, on Oct. 25, 1944. 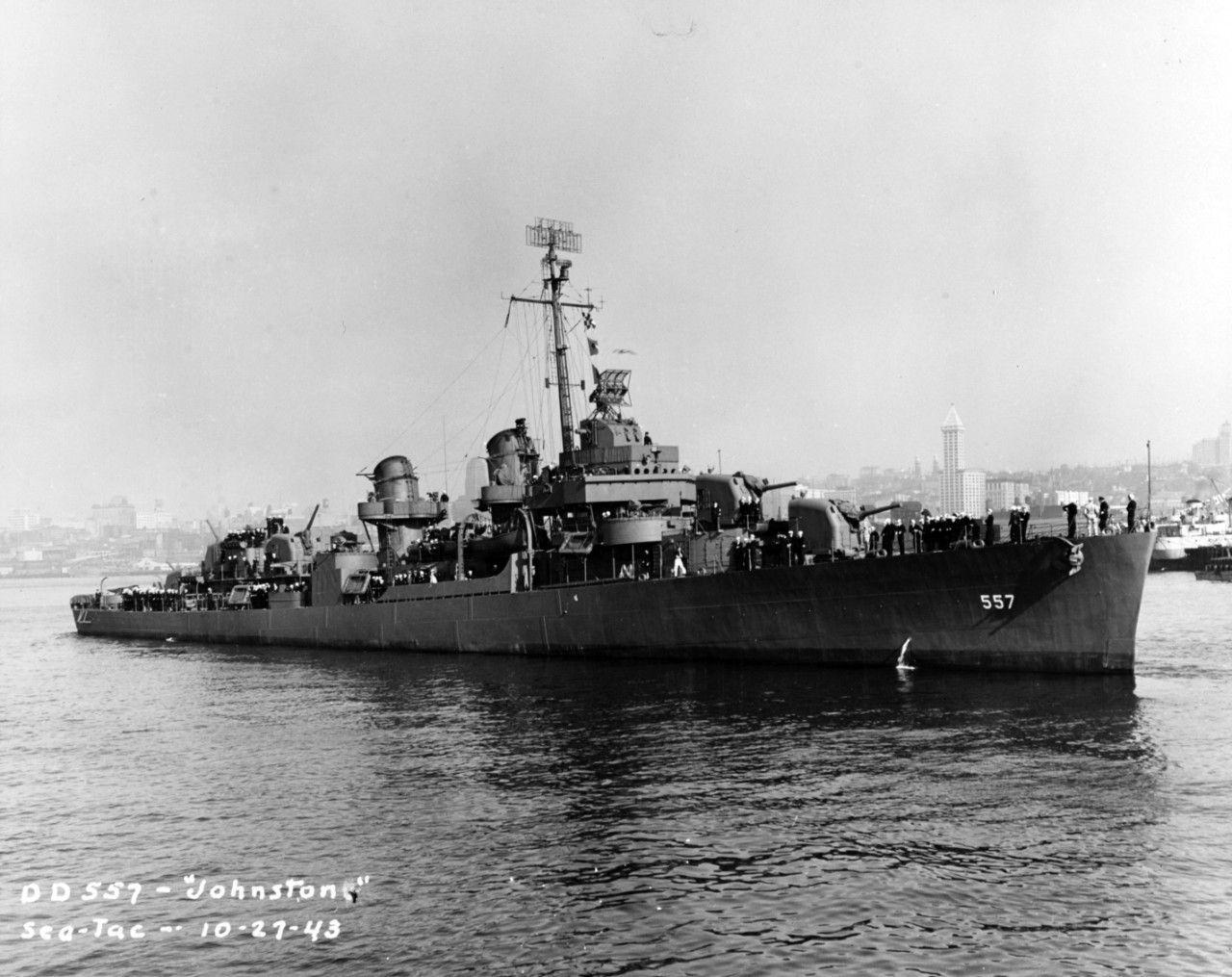 Imagery from the site clearly shows the ship’s hull number 557 confirming the identity of the wreck.

"The image is impressive and we look forward to seeing the rest of the data collected during the expedition because the story of the Fletcher-class destroyer USS Johnston (DD 557) and her crew is a perfect example for modern Sailors of the honor, courage, commitment, and valor of their predecessors from the Greatest Generation,” said Naval History and Heritage Command (NHHC) Director, Rear Adm. Sam Cox U.S. Navy (Retired).

Led by Cmdr. Ernest Evans, a Native American from Oklahoma, the crew of Johnston, outgunned and outmanned, charged into a massive line of Japanese warships in order to protect the American landing force attempting to liberate the Philippine Islands. 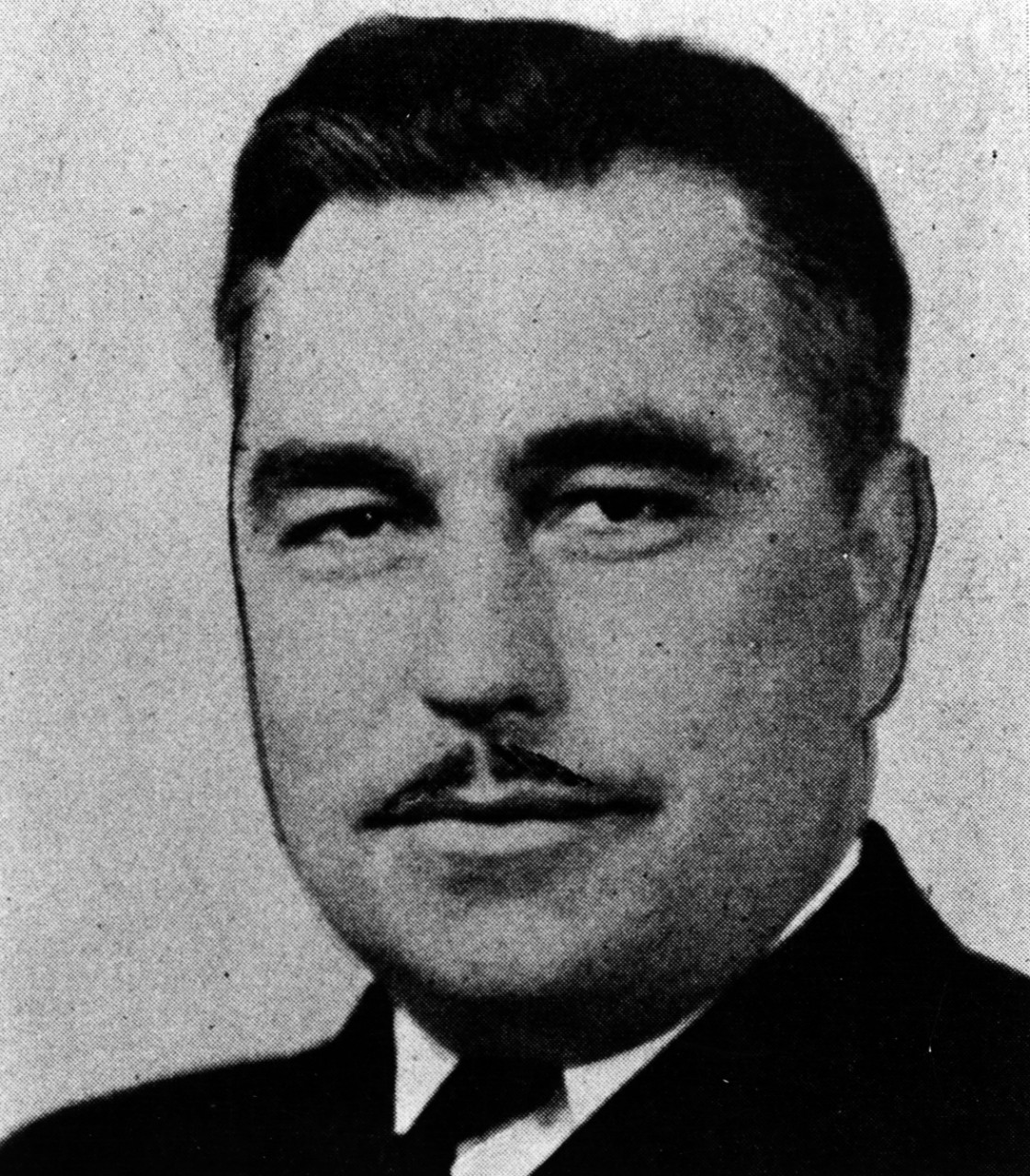 Despite the vast overall U.S. technological and numerical superiority during the Battle of Leyte Gulf, at a critical point in the engagement, the outcome was determined by what Cox describes as the sheer, raw courage of the commanding officers and crews of three destroyers, four destroyer escorts, and the pilots and aircrewmen flying off slow escort carriers. At dawn, none of these expected to be engaged by a much larger Japanese force of four battleships including super-battleship Yamato, six heavy cruisers, two light cruisers, and eleven destroyers.

Heavily outmatched, Evans gave the order to attack a major portion of the Japanese fleet. Although Johnston had hit a heavy cruiser which was forced to retire, enemy shells managed to strike Johnston causing widespread damage and casualties. Evans himself was seriously wounded. Despite the grave damage, no torpedoes remaining, and reduced speed and firepower, Johnston commenced a second attack firing 30 rounds into a 30,000-ton Japanese battleship.

Of the crew of 327, only 141 survived. Commanding Officer Cmdr. Ernest Evans was awarded a posthumous Medal of Honor, the first Native American in the U.S. Navy and one of only two destroyer captains in WWII to be so honored.

“It was a brutal and bloody fight that serves as a sobering reminder for today’s Sailors: after all that’s asked of them in day-to-day service, they, like their shipmates aboard Johnston, may one day be asked for far more." said Cox. 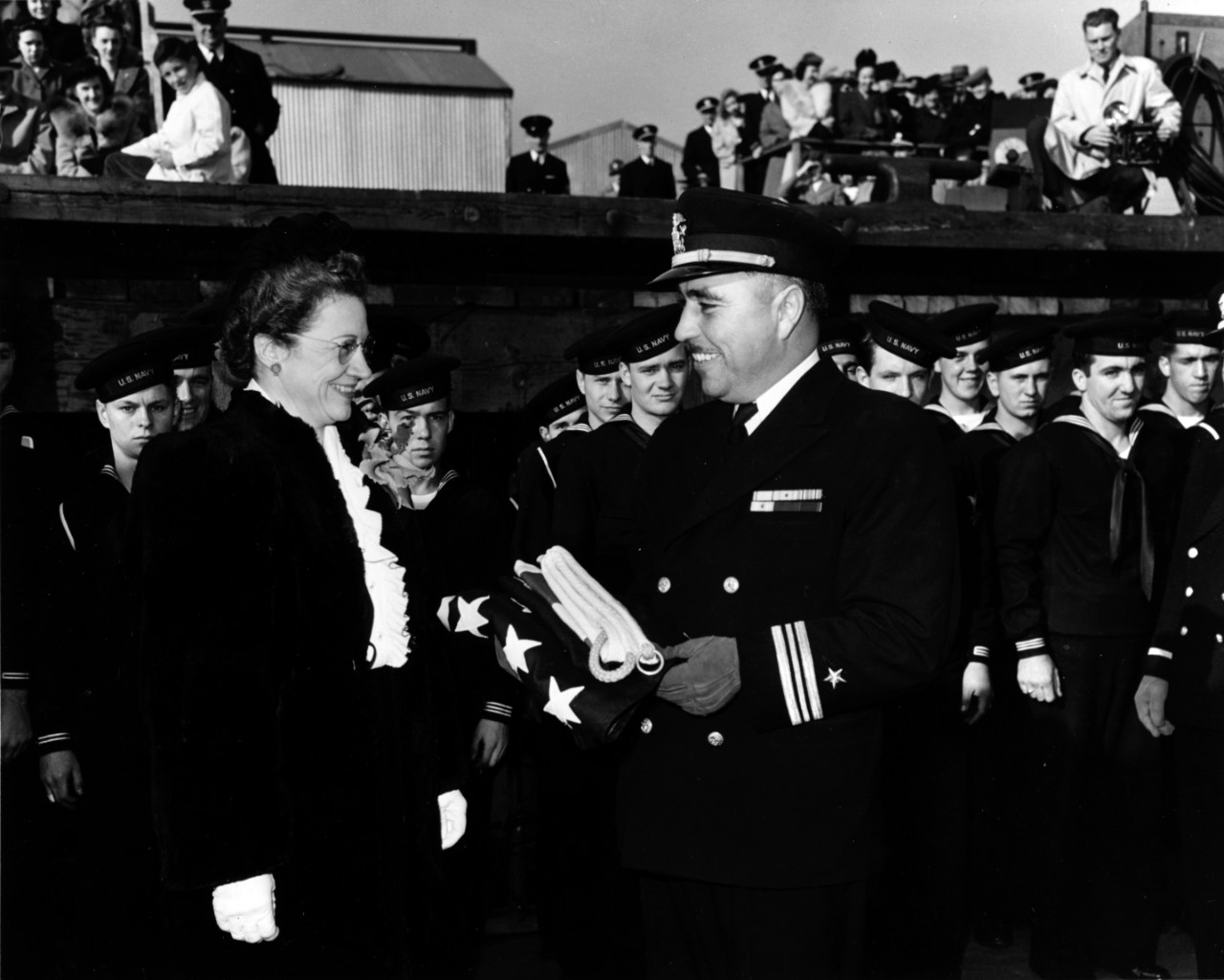 The visit to Johnston’s wreck site was conducted via Vescovo’s manned deep submersible “Limiting Factor,” which has previously been to the deepest point in all five oceans.

The wreck of a Fletcher-class destroyer was first located on the edge of an undersea cliff in October 2019 by Vulcan Inc. and their research vessel R/V Petrel. At more than 20,000 feet, it was the deepest shipwreck ever discovered. The Naval History and Heritage Command (NHHC) assessed the wreck as probably Johnston based on relative location, however, Johnston and Hoel (DD-533), lost in the same battle, were virtually identical Fletcher-class destroyers. The wreck had features known to be on Hoel but not confirmed on Johnston, as they would have been post-construction add-ons. Vescovo located Johnston’s bow further down the cliff face to about 21,180 feet.

Vescovo has been in communication with NHHC about his investigation of the wreck and the protocols for not only preserving it but respecting it as the final resting place for many of its crew. He has committed to providing the U.S. Navy with all the sonar data, imagery and field notes collected by the expedition.

“We have a strict ‘look, don't touch’ policy, but we collect a lot of material that is very useful to historians and naval archivists. I believe it is important work, which is why I fund it privately and we deliver the material to the Navy pro-bono.” said Vescovo.

At the conclusion of the expedition, the Caladan Oceanic team brought their surface vessel DSSV Pressure Drop to a stop in the vicinity of the battle, sounded the ship’s whistle, and laid a wreath in honor of the lives lost there in defense of freedom.

“In some ways we have come full circle,” said Vescovo. “The Johnston and our own ship were built in the same shipyard, and both served in the U.S. Navy. As a U.S. Navy officer, I’m proud to have helped bring clarity and closure to the Johnston, its crew, and the families of those who fell there.”