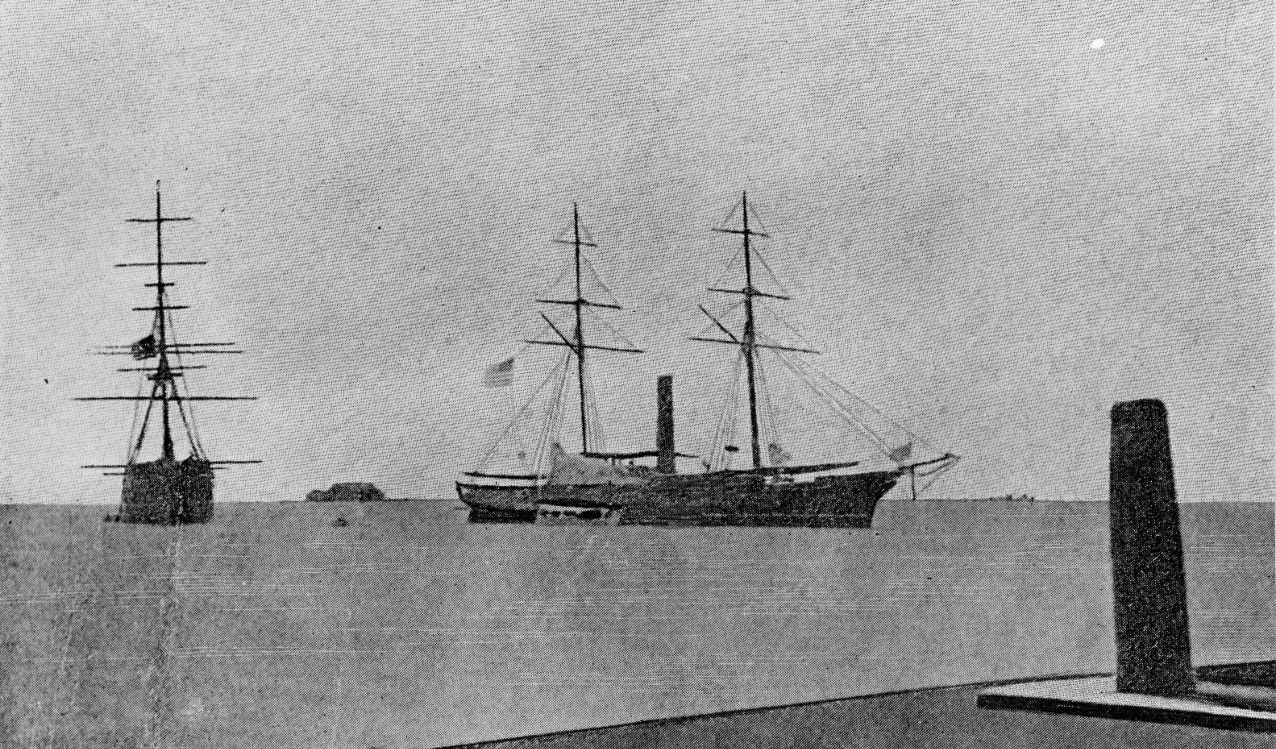 Saginaw was built at Mare Island Navy Yard, California, and was commissioned on 5 January 1860. During the next 10 years, the side-wheel steamer served in China, Mexico, Central America, and the Alaska Territory. With an expected increase in trade between the Far East and the United States, Saginaw was assigned to Midway Island to support efforts to create a possible coaling station there, as a halfway point. Saginaw arrived in March 1870 with a team of engineers and divers to survey, deepen, and widen the channel through the reef at the lagoon entrance. After seven months and several supply trips to Honolulu, the mission concluded and Saginaw departed Midway on 29 October 1871 for San Francisco. A stop at Ocean Island (Kure Atoll) a day later proved fateful as the ship was grounded on a reef while approaching the island. The 93-man crew managed to move most of the equipment and stores from the ship to the uninhabited island before it was destroyed by the surf.

The crew realized that their only chance of rescue was to seek help. On 18 November, Lieutenant John G. Talbot, an 1866 graduate of the United States Naval Academy and Saginaw’s executive officer, volunteered to lead a crew of four men, and navigate the ship’s gig, to facilitate a rescue from Hawaii. As they neared the Hawaiian Island of Kauai 31 days and some 1,500 miles later, their boat capsized in the breakers, throwing the men into the water. Only Coxswain William Halford survived to obtain help. As the sole survivor, and despite injuries, Coxswain Halford made his way to Honolulu to get help for the remaining crewmembers of Saginaw. The rescue vessels arrived on 4 January 1871. For his gallant and heroic efforts, Coxswain Halford was awarded the Medal of Honor.

Saginaw's gig survived being capsized in the breakers and is currently in the collection of the Naval History Heritage Command.

Further Reading
The Last Cruise of the Saginaw, by George H. Read. Cambridge, MA: The Riverside Press, 1912. (The first-hand account of the shipwreck of Saginaw in 1870 and the rescue of the author and his fellow crewmembers in 1871.) 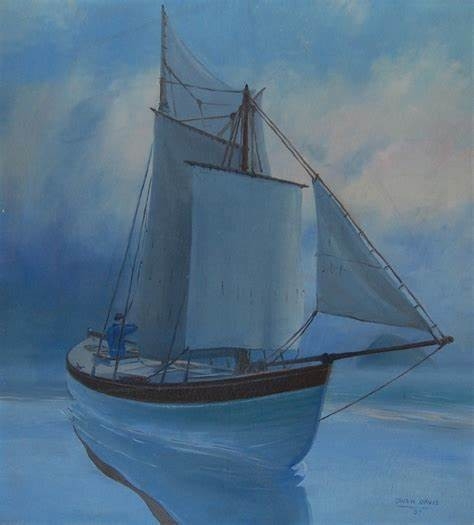 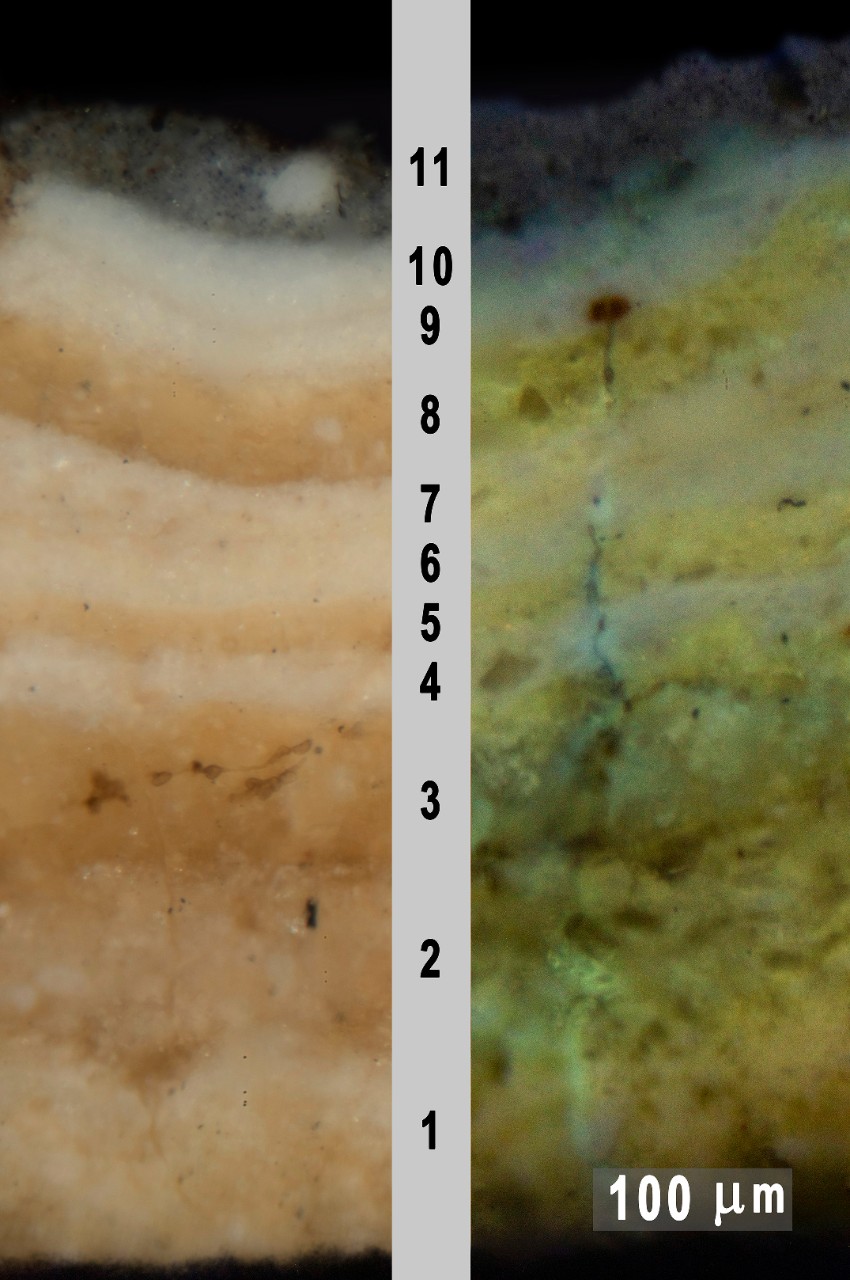 Paint cross-section from the Saginaw gig, viewed with visible light (left) and UV fluorescence (right). The nearly dozen layers the gig received during its service are being analyzed by conservators to determine the best course of conservation treatment.