The origins of the Naval History and Heritage Command Detachment Boston can be traced to September 1897, when USS Constitution returned to Boston in time for the 100th anniversary of her 21 October 1797 launch. Although no one then could have predicted the ship’s future, the responsibility for the long-term care of the aged warship was permanently transferred to the Boston (Charlestown) Navy Yard staff. 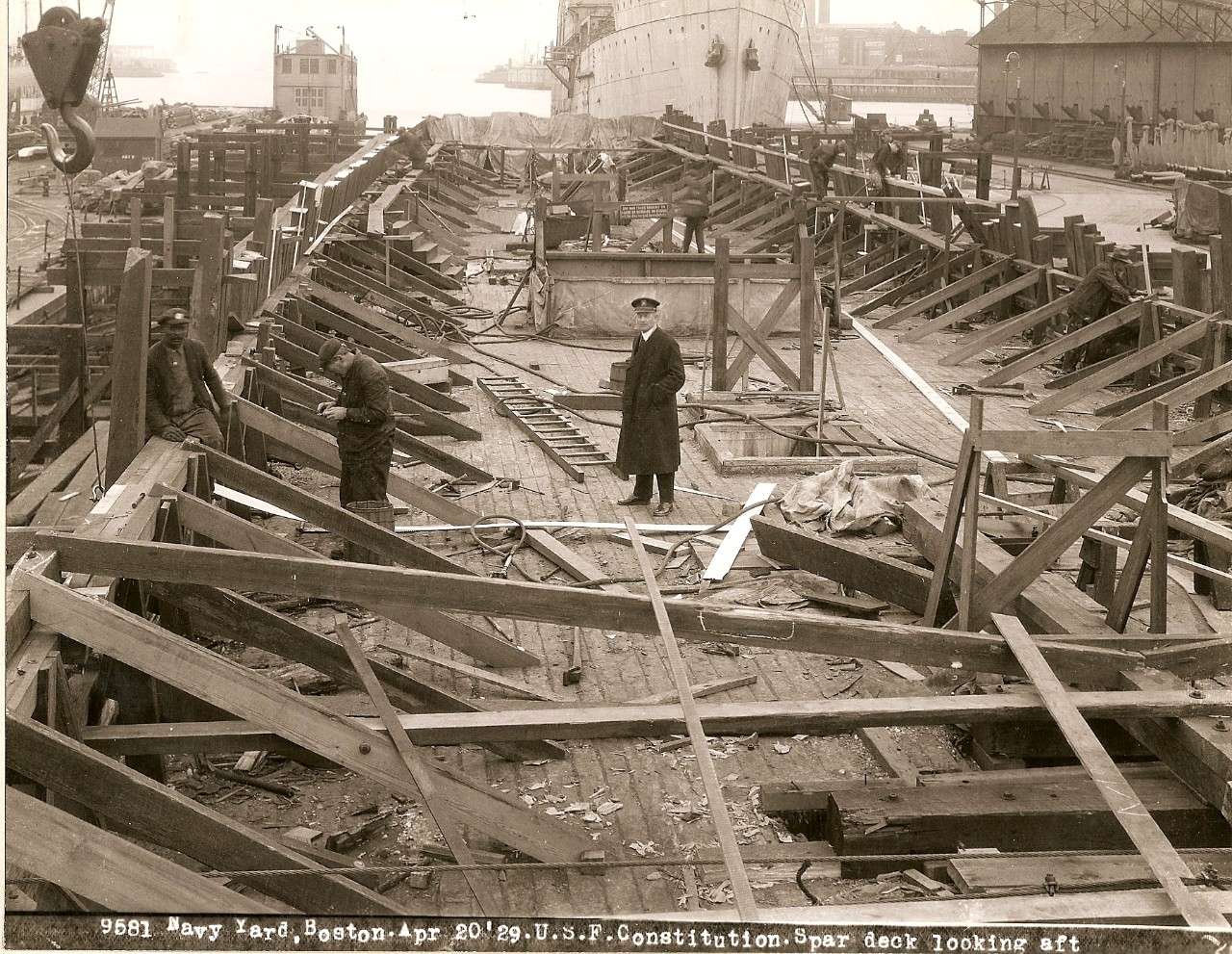 From the 1906–1907 restoration of the ship after her arrival in Boston through to the closure of the Charlestown Navy Yard in 1974, hundreds of shipyard workers helped to maintain, re-build, restore, and research USS Constitution. The closure of the Navy Yard did not interrupt the care of Constitution, and from 1974 to 1991 Supervisor of Shipbuilding [SUPSHIP] Boston was the supervisory department over the USS Constitution Maintenance and Repair Division in the Charlestown Navy Yard. Contributing to her significance, Constitution received two important recognitions in the mid-twentieth century. In 1954, Public Law 523 was passed—“An Act to provide for the restoration and maintenance of the United States Ship Constitution”—and in 1960, she became the first historic ship to be designated a National Historic Landmark by the United States Department of the Interior, National Park Service.

Since the transfer of oversight of the Detachment to the Naval Historical Center (today, the Naval History and Heritage Command [NHHC]) in 1991, the preservation and educational mission of NHHC has been embodied in the daily work of the Detachment Boston. NHHC’s current vision statement is: “Enhance the warfighting effectiveness of the U.S. Navy, using the power of History and Heritage to pass on hard-won lessons, foster unit combat cohesion, and garner the continuing support of the American people.” The Detachment Boston strives, too, to be the recognized authority on Constitution’s history and, through its continuing work on “Old Ironsides,” instill pride in America’s early naval heritage. 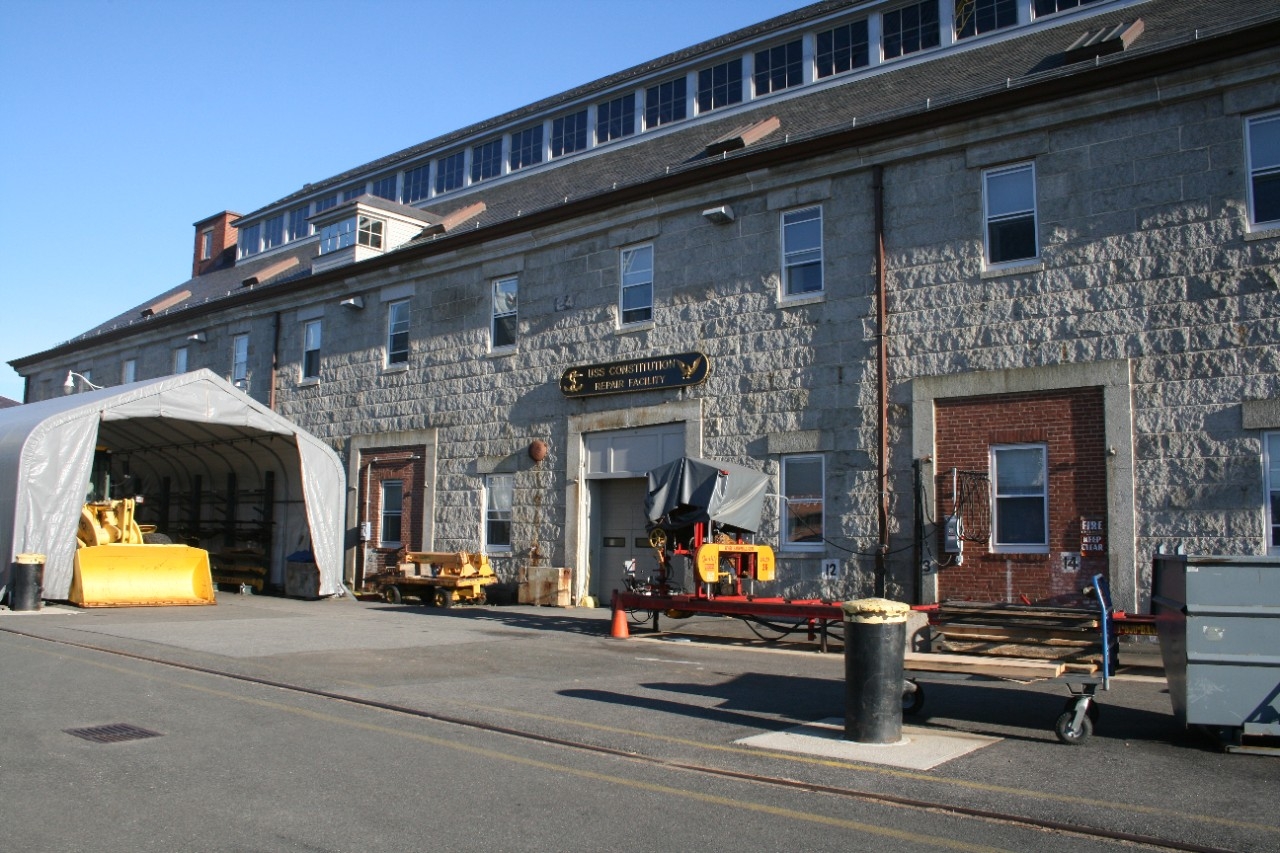 The headquarters for the NHHC Detachment Boston staff is an 1847 granite and brick structure. Known as Building 24 in the Charlestown Navy Yard, it houses the ship restorers’ (carpentry) shop, the rigging loft, and the administration offices. Photo Margherita M. Desy/NHHC Detachment Boston.

Approximately every 15 to 20 years the ship is dry docked and undergoes significant re-building, bringing the unique skills of past and present shipwrights to the attention of Constitution’s visitors. Preserving Constitution, the oldest commissioned warship afloat in the world and helping to tell the story of the early U.S. Navy through restoration work and public outreach is the daily work of NHHC Detachment Boston. Every year, the Detachment also responds to hundreds of inquiries, including those from students of all ages, national and international media, and historians writing on the early U.S. Navy. Over 500,000 international visitors walk the decks of Constitution annually and marvel at her physical structure; they are thrilled with the story of her battle with HMS Guerriere where she earned her nickname: “Huzza! Her sides are made of iron!” For over 124 years, the care, preservation, and history of Constitution have been in the capable hands of the staffs of the Boston Navy Yard and the Naval History and Heritage Command, Detachment Boston ship restorers and historians. 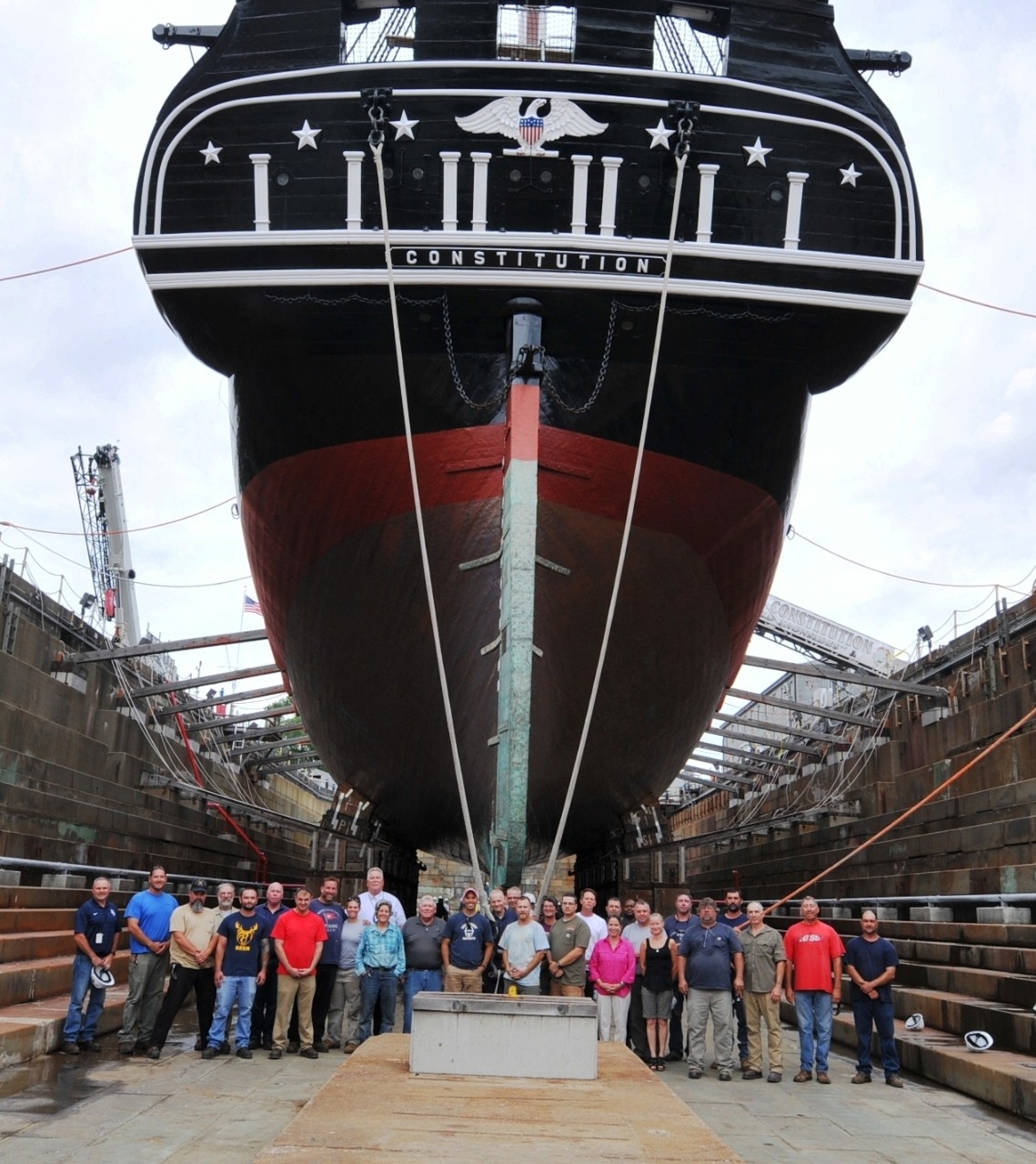 Click to read the full history of NHHC Det Boston