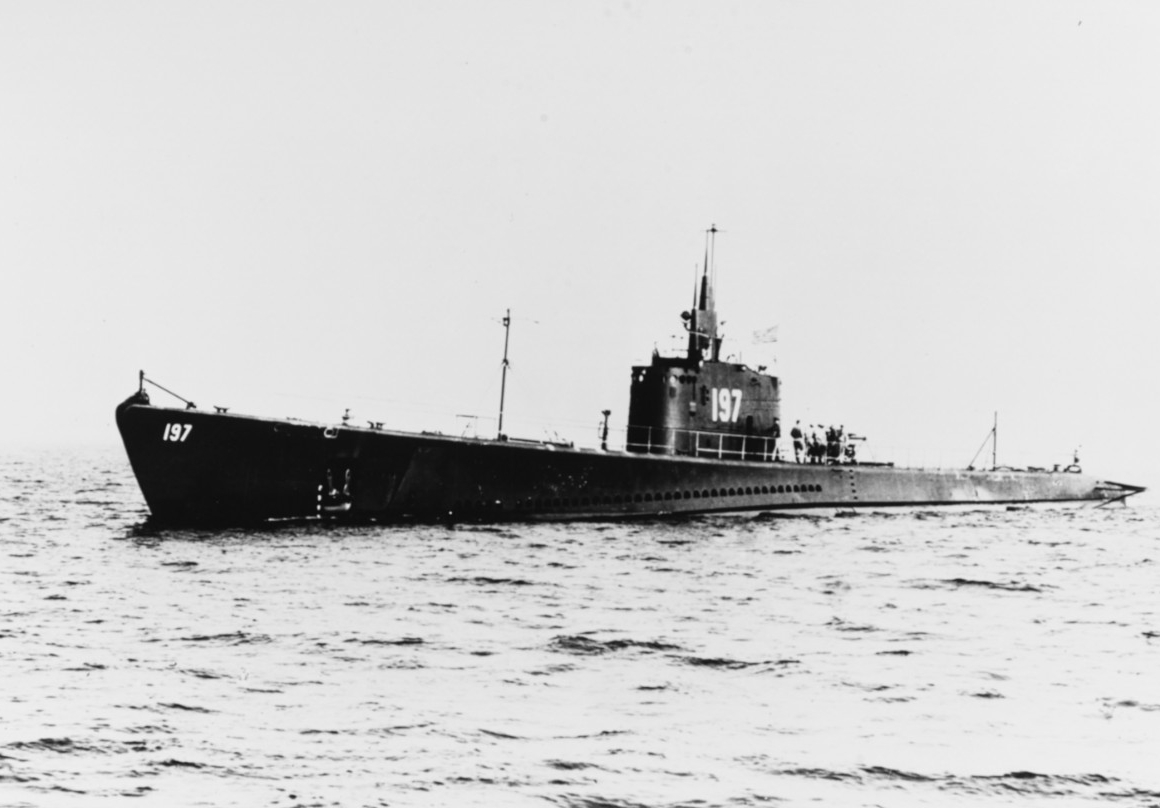 Seawolf (SS-197) photographed soon after completion, circa 1939-1940. Official U.S. Navy photograph from the collections of the Naval History and Heritage Command, NH 99548.

After fitting out, Seawolf departed Portsmouth on 12 April 1940 for her shakedown cruise which lasted until 21 June and took her as far south as the Panama Canal Zone. Seawolf was next assigned to the Pacific Fleet with her home port, San Diego. In the autumn of 1940, she proceeded to Manila Bay and operated from the Cavite Navy Yard. When war with Japan began, the submarine readied for sea and was on her first war patrol from 8 to 26 December 1941. 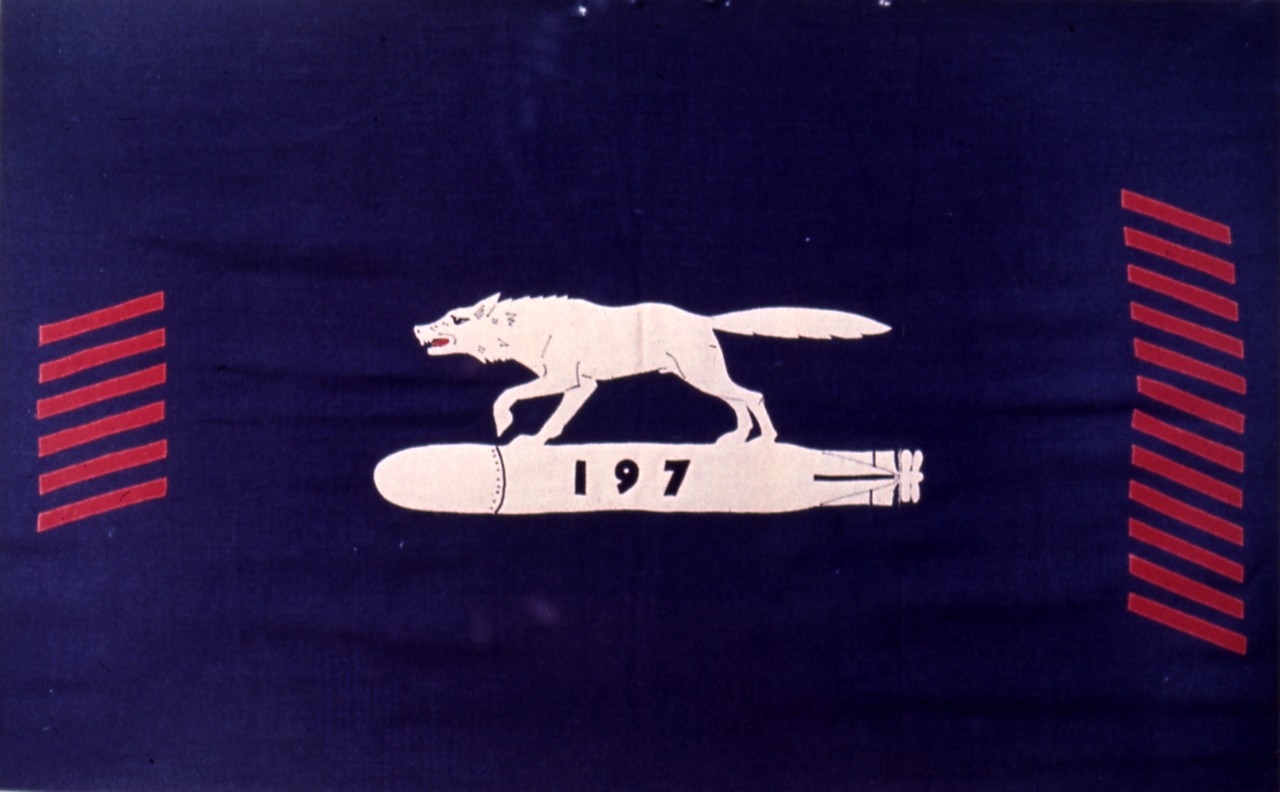 Seawolf hunted Japanese shipping off San Bernardino Strait. On 14 December 1941, she fired a spread of torpedoes at a tender or supply ship in Port San Vicente with unknown results. She promptly underwent her first depth charge attack but suffered no damage.

Seawolf departed Manila on 31 December 1941 for Australia and arrived at Port Darwin on 9 January 1942. She loaded between 30 and 40 tons of .50 caliber antiaircraft ammunition for use by American forces on Corregidor and sailed for Manila Bay on the 16th. The submarine sighted seven Japanese freighters accompanied by four destroyers and a cruiser on the 21st but had no opportunity to fire any of the eight torpedoes that she had onboard. The ammunition was unloaded on 28 and 29 January at Corregidor. Seawolf then loaded torpedoes and headed for Surabaya, Java.

Seawolf sailed out of Surabaya on 15 February 1942 and began patrolling in the Java Sea-Lombok Strait area. On the 19th, she fired four torpedoes at two Japanese freighter-transports. Damage to one was not ascertained, but the other was last seen down by the stern and listing to starboard. A week later, she fired her stern tubes at a freighter and watched one hit forward of the bridge before going deep to evade depth charges from an escorting destroyer at which she had also fired. In March, Seawolf was hunting between Java and Christmas Island. On the last day of the month, she fired a spread at a Jintsu class cruiser which produced one explosion. The submarine then underwent seven and one-half hours of depth charge attacks. On 1 April, she attacked two cruisers. A violent explosion was heard, but no flames were seen. Seawolf ended her patrol on 7 April at Fremantle.

From 12 May to 2 July 1942, Seawolf patrolled the Philippine Islands area. She attacked freighters on 20 and 23 May, and on 12, 13, 15, and 28 June. On the 13th, she fired at two ships and her crew heard four explosions. The submarine was credited with sinking converted gunboat, Nampo Maru, on 15 June. Seawolf returned to Fremantle for three weeks before beginning her sixth war patrol.

Seawolf prowled the Sulu and Celebes seas from 25 July to 15 September 1942. She attacked a tanker on 3 August, sank Hachigen Maru on the 14th and Showa Maru 11 days later. SS-197 returned to Fremantle to refit and then hunted in the Davao Gulf area from 7 October to 1 December. Seawolf sank Gifu Maru on 2 November, Sagami Maru (7,189 tons) the next day, and Keiko Maru on the 8th. She ended her patrol at Pearl Harbor en route to the west coast.

Seawolf arrived at Mare Island on 10 December 1942 and underwent an overhaul that lasted until 24 February 1943. She returned to Pearl Harbor on 13 March and, on 3 April, stood out for another patrol. She ended this patrol early, on 3 May, because she had expended all torpedoes on enemy shipping near the Bonin Islands. On 15 April, she torpedoed Kaihei Maru; sank old destroyer, Patrol Boat No. 39, on the 23rd; and sank two 75-ton sampans with her 3-inch gun.

Seawolf returned to Midway for refitting and departed that island on 17 May 1943 and headed for the East China Sea. She ran into several large convoys as she prowled from Formosa to Nagasaki. The submarine tracked a convoy of 11 ships and fired a spread of torpedoes at a large freighter on 6 June. One torpedo hit the target but proved to be a dud, and another passed under the freighter and hit an escort. Two weeks later, she fired a spread at four ships. One was hit in the stern and sank in approximately nine minutes. This was Shojin Maru loaded with troops. Seawolf returned to Midway on 8 July and, four days later, steamed into Pearl Harbor. 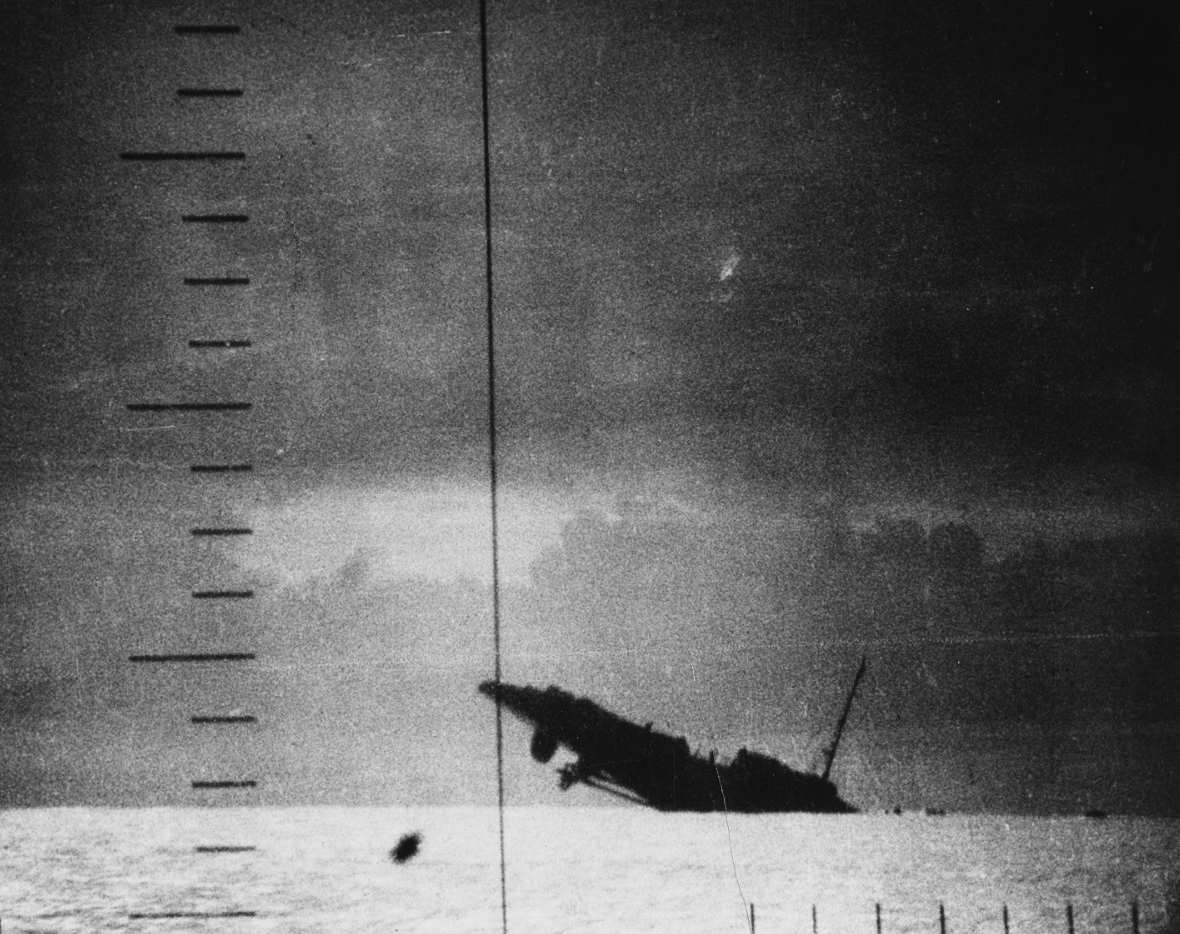 Japanese escort vessel sinking after being torpedoed by Seawolf (SS-197) on 23 April 1943. Photographed through Seawolf's periscope. Official U.S. Navy photograph now in the collections of the National Archives, 80-G-67286.

Her next patrol was from 14 August to 15 September 1943. This patrol, in the East China Sea, was also ended prematurely due to firing all torpedoes. She sank 12,996 tons of enemy shipping, excluding two 75-ton sampans sunk by shellfire. Seawolf made contact with a six-ship convoy on her third day in the patrol area. She attacked day and night for three days before finally surfacing to sink Fusei Maru with her deck gun.

On Seawolf's 11th patrol, in the South China Sea, from 5 October to 27 November 1943, she sank Wuhu Maru, Kaifuku Maru, and damaged a 10,000-ton cargo ship. The submarine refitted at Pearl Harbor and, on 22 December, three days before Christmas, headed for the East China Sea on what was to be her most lucrative patrol. She attacked a seven-ship convoy on the night of 10-11 January 1944 and sank three ships totaling 19,710 tons.

On the 14th, Seawolf fired her last four torpedoes at two merchant ships in a convoy, damaging one and sinking Yamatsuru Maru. She continued tracking the convoy while radioing its position to Whale (SS-239). Whale arrived on the 16th and promptly attacked, damaging one ship and sinking Denmark Maru. The next morning, Whale damaged another before action was broken off.

Seawolf returned to Pearl Harbor on 27 January 1944 and sailed for San Francisco two days later. After undergoing a major overhaul at Hunters Point, the submarine headed west on 16 May. When she reached Pearl Harbor, she was assigned the task of photographing Peleliu Island in the Palaus, in preparation for the forthcoming attack on that stronghold. She carried out this mission despite constant enemy air patrols from 4 June to 7 July.

The submarine headed to Majuro for voyage repairs and was rerouted to Darwin. There, she received orders sending her on a special mission to Tawi Tawi, Sulu Archipelago. The submarine approached to within 700 yards of the beach, picked up a Capt. Young and took him to Brisbane.

Seawolf stood out of Brisbane on 21 September 1944 to begin her 15th war patrol. She reached Manus on the 29th, refueled, and sailed the same day carrying stores and Army personnel to the east coast of Samar.

Seawolf and Narwhal (SS-167) exchanged radar recognition signals at 0756 on 3 October 1944 in the Morotai area. Shortly thereafter, a Seventh Fleet task group was attacked by a Japanese submarine. Shelton (DE-407) was torpedoed, and Rowell (DE-403) stood by to search for the enemy. Two planes were sent from the carrier Midway (CVE-63) to assist in the search. One of the planes sighted a submarine submerging and dropped two bombs on it even though it was in a safety zone for American submarines. The site was marked by dye and Rowell steamed to the area, made sound contact, and attacked with "hedgehogs." The second attack was followed by underwater explosions, and debris rose to the surface.

No further contact was made with Seawolf, and her position would have placed her in the area where the plane and Rowell made their attacks. On 28 December 1944, Seawolf was announced overdue from patrol and presumed lost. She was struck from the Navy list on 20 January 1945.