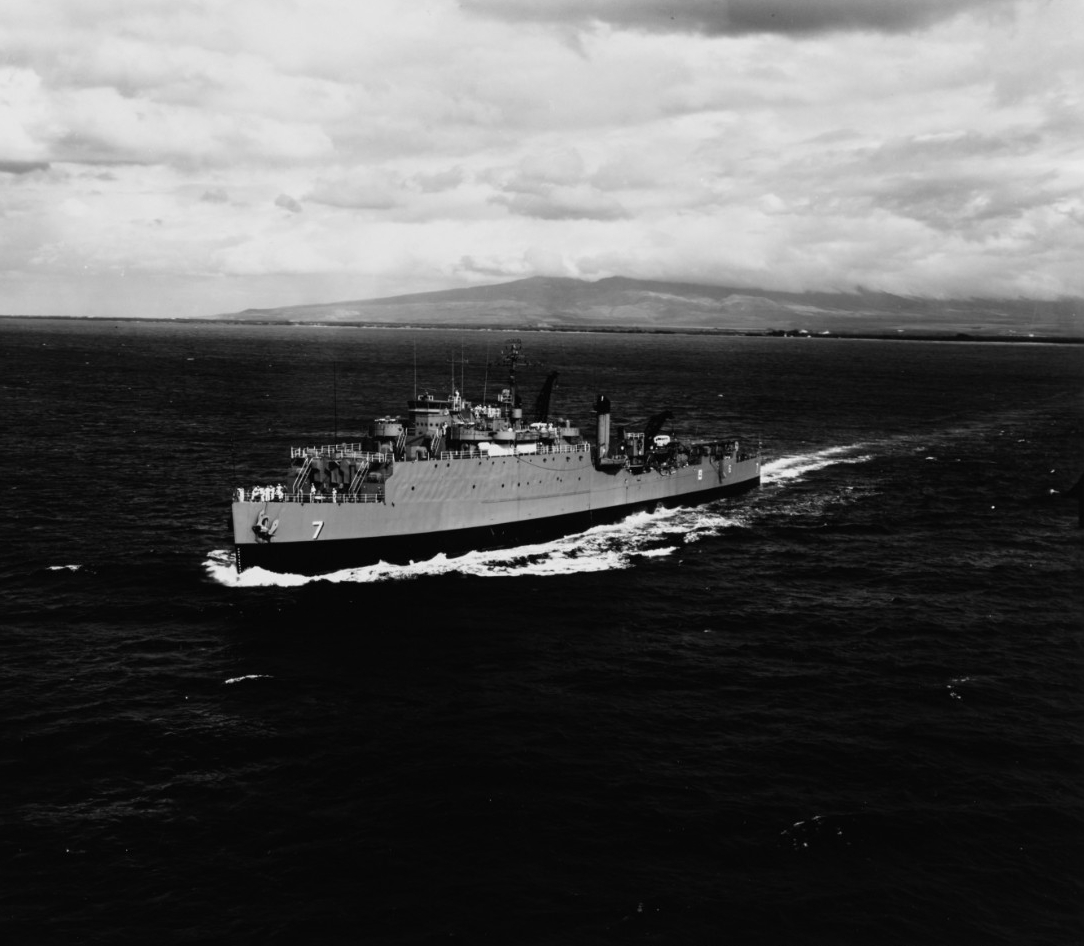 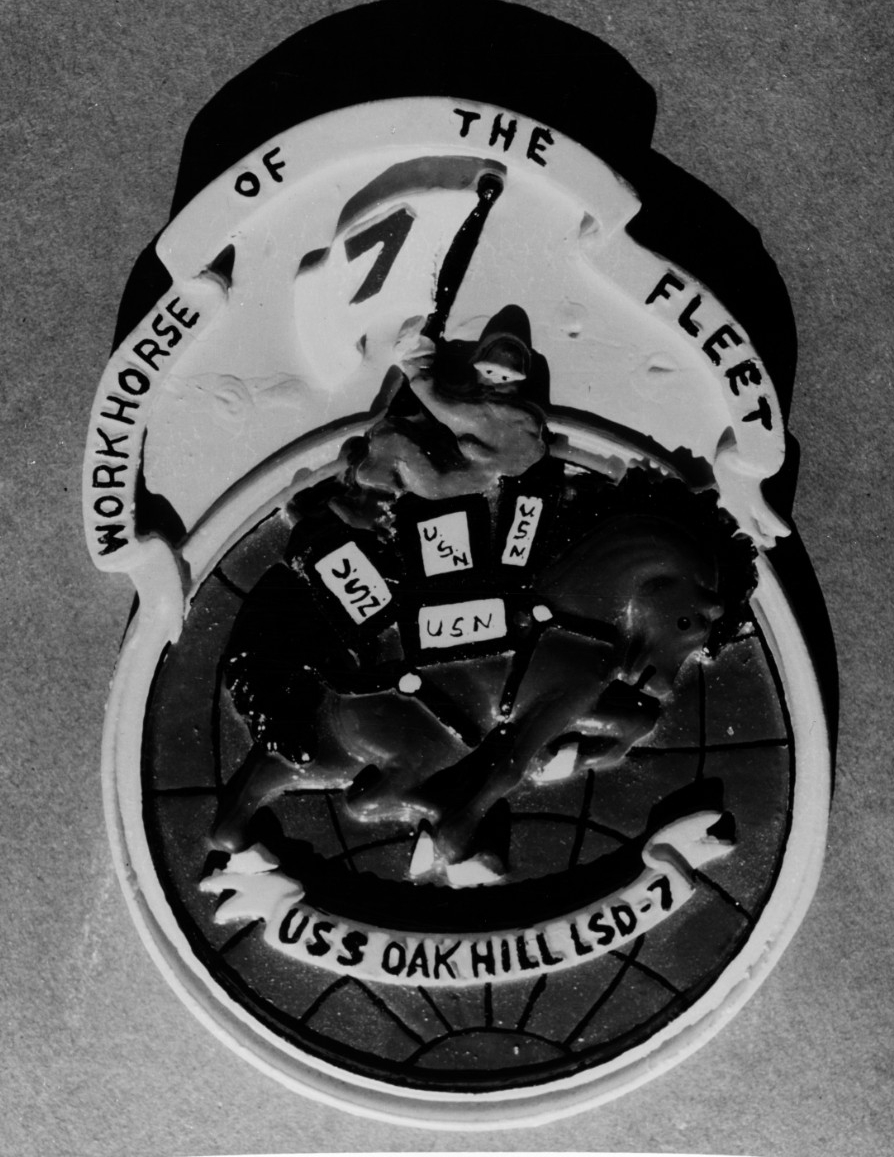 Insignia: Oak Hill (LSD-7). This emblem was received from the ship in 1969. "Workhorse of the Fleet." Naval History and Heritage Command photograph, NH 69478-KN.

Following shakedown and amphibious training off southern California, Oak Hill, designed to serve as a cargo and transport type amphibious ship and as a floating dry dock, ferried cargo between the west coast and Hawaii. In early May she engaged in rehearsals for operation "Forager," the thrust into the Marianas, and, at the end of the month, sailed west in T.G. 52.16. With tank bearing LCMs and troops of the 2nd Marine Division on board, she arrived in transport area off Saipan early on 15 June. Her boats soon away and headed for the beachhead, the LSD took up repair duties, working on LCMs, LCVPs and LCTs until the 22nd. She then headed back to Pearl Harbor to resume shuttling cargo and landing craft between Hawaii and the west coast.

On 12 August, Oak Hill, with tanks and soldiers of the 710th Tank Battalion embarked, headed west again. Following rehearsals for the Palau operation at Guadalcanal, she was off Babelthaup by 15 September. There she feinted toward Namai Bay, then proceeded to Anguar, sent her tank laden LCTs in, and again repaired landing craft. Departing the Palaus on the 21st, she moved to Ulithi, thence proceeded to New Guinea arriving at Humboldt Bay on the 29th to prepare for the invasion of the Philippines.

On 20 October Oak Hill stood off Leyte and launched LTMs and LVTs carrying 1st Cavalry Division units toward White beach. For the next two months she carried reinforcements from New Guinea to Leyte and then, on Christmas Day, arrived at Morotai to prepare for the Lingayen Gulf offensive. Departing the 28th, she proceeded to Sansapor, thence, on 1 January 1945, to the Philippines. On the 9th she dispatched LCTs and LCVPs to the Luzon beachhead, then withdrew to Leyte to begin ferrying reinforcements from there, and from Morotai, to the assault area.

Sailing to the Solomons on 2 February, Oak Hill rehearsed with units of the 1st Marine Division for her next operation, the Okinawa campaign. On 1 April, she arrived in transport area Baker, lowered her LCMs for the assault on Blue Beach, and then began repairing landing craft. Through the end of May, she remained in the Hagushi area for repair duties. Then she transported Marines and tanks to Iheya Shima and to Aguni Shima before steaming back to Leyte, 10 June.