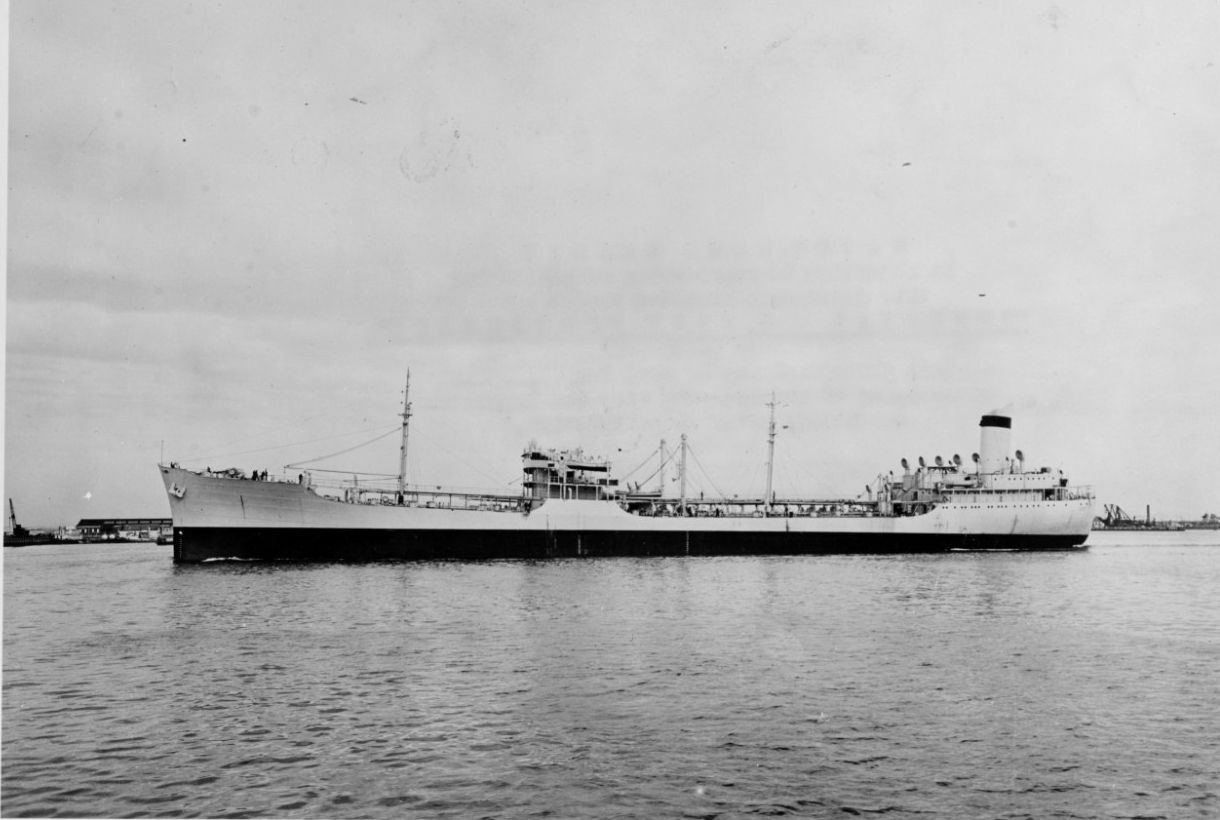 A river flowing south from its source in Morris County in east central Kansas until emptying into the Arkansas River near Fort Gibson in Muskogee County, Okla. 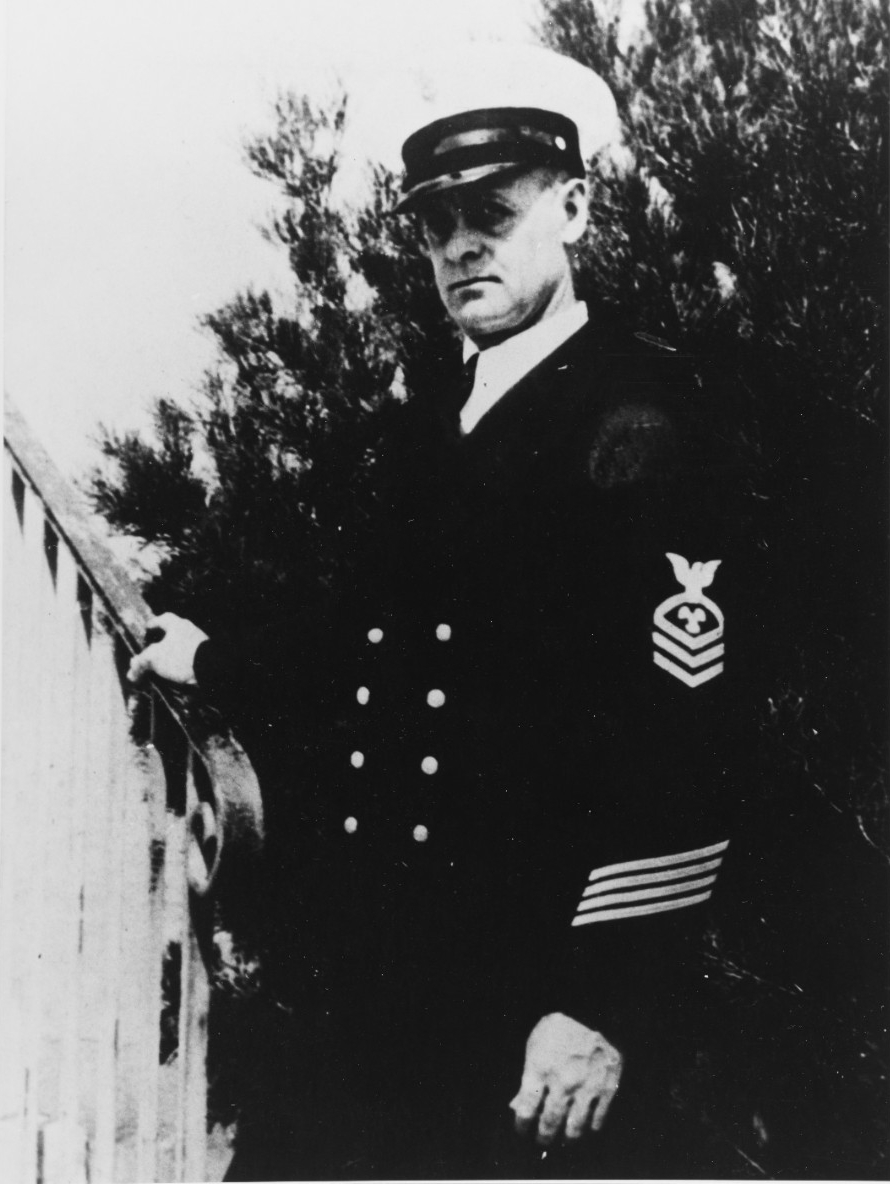 Chief Water Tender Oscar Verner Peterson, USN, photographed circa the later 1930s. He received the Medal of Honor posthumously for heroism attempting to save Neosho (AO-23) after she was bombed during the Battle of Coral Sea, 7 May 1942. Peterson (DE-152) was named in his honor. Official U.S. Navy photograph now in the collections of the U.S. National Archives. Catalog #: 80-G-44115.

Conversion at Puget Sound Naval Shipyard completed 7 July 1941, Neosho immediately began the vital task of ferrying aviation fuel from west coast ports to Pearl Harbor. On such a mission she arrived in Pearl Harbor 6 December, discharged a full cargo to the Naval Air Station on Ford Island, and prepared for the return passage. Next morning, the Japanese surprise attack found Neosho alert to danger; her captain, Comdr. John S. Phillips, got her underway and maneuvered safely through the Japanese fire, concentrated on the battleships moored at Ford Island, to a safer area of the harbor. Her guns fired throughout the attack, splashing one enemy plane and driving off others. Three of her men were wounded by a strafing attacker.

For the next five months, Neosho sailed with the carriers or independently, since hard-pressed escort ships could not always be spared to guard even so precious a ship and cargo. Late in April, as the Japanese threatened a southward move against Australia and New Zealand by attempting to advance their bases in the southwest Pacific, Neosho joined TF 17. At all costs the sealanes to the dominions must be kept open, and they must be protected against attack and possible invasion. Neosho was to be part of the cost.

As the American and Japanese fleets sought each other out in the opening maneuvers of the climactic Battle of the Coral Sea on 6 May, Neosho fueled Yorktown (CV-5) and Astoria (CA-34), then retired from the carrier force with a lone escort, Sims (DD-409). Next day at 1000, Japanese aircraft spotted the two ships, and believing them to be a carrier and her escort, launched the first of two attacks which sank Sims and left Neosho, victim of 7 direct hits and a suicide dive by one of the bombers, ablaze aft and in danger of breaking in two. She had shot down at least 3 of the attackers.

Superb seamanship and skilled damage control work kept Neosho afloat for the next four days. The sorely stricken ship was first located by an RAAF aircraft, then an American PBY. At 1300, 11 May, Henley (DD-391) arrived to rescue the 123 survivors and to sink by gunfire, the ship they had so valiantly kept alive against impossible odds. With Henley came word that the American fleet had succeeded in turning the Japanese back, marking the end of their southward expansion in World War II.