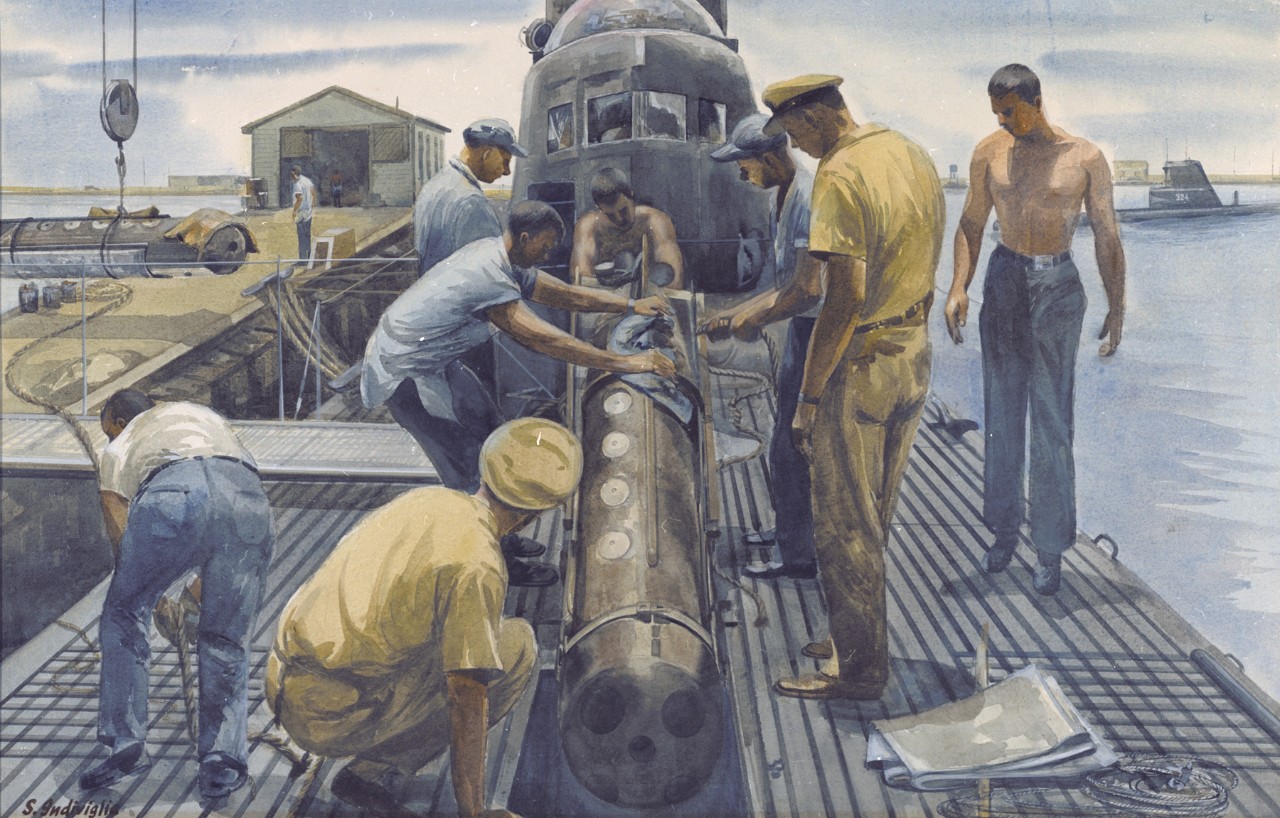 Sailors gently lower 4000 pounds of torpedoes into the submarine Seacat (SS 399) in July 1960.  In this era of Cold War tensions, Seacat helped keep watch of the United States southern coast and in the Caribbean.

A torpedo, or “fish”, is being loaded into USS Seacat (SS-399) in preparation for an exercise off Naval Station, Key West.  The men pull and strain, hold and release their lines so that the 4000 pound bomb is safely lowered below.