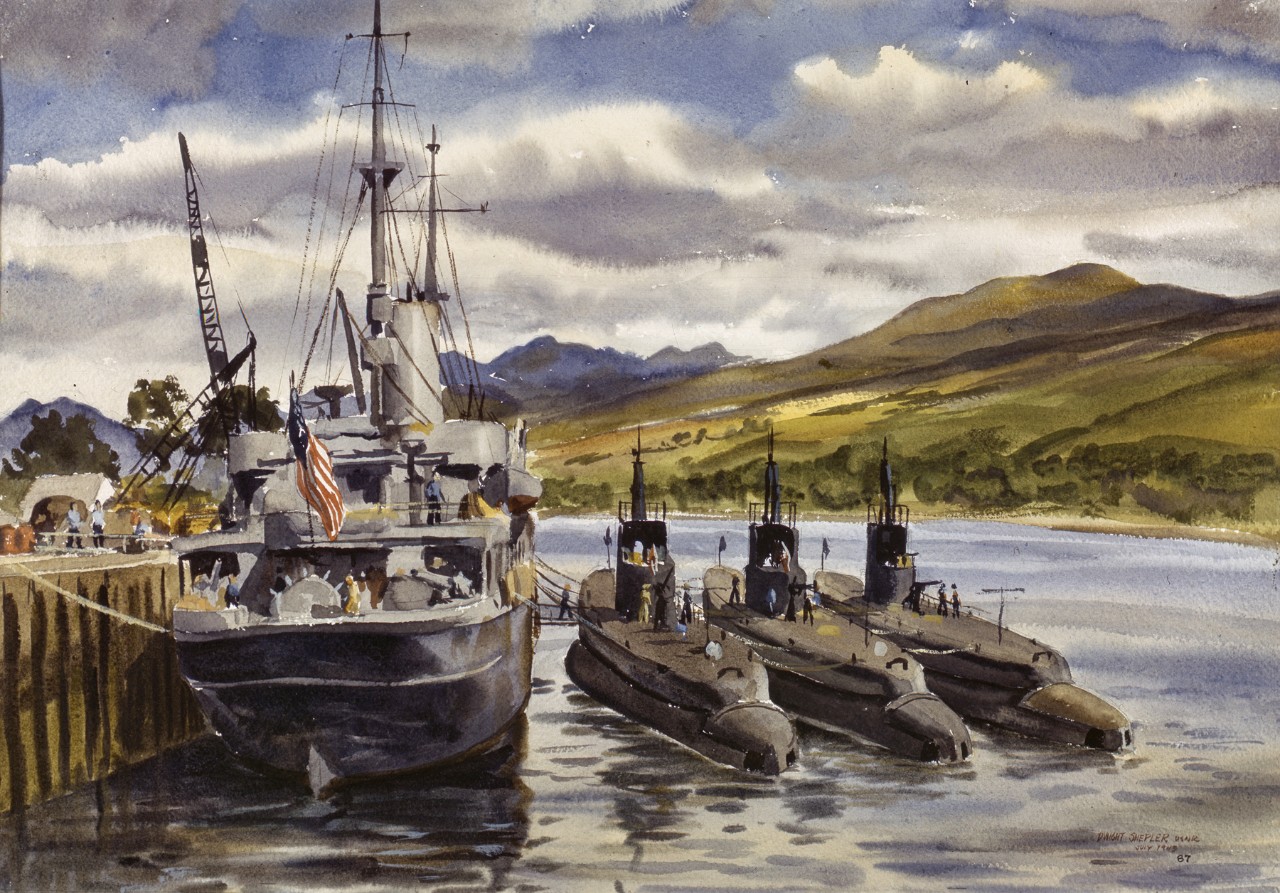 Three of seven “boats” of the US Submarine Squadron 50 lie alongside the elderly USS BEAVER, their tender at a Scottish base.  From November 1942 to July 1943 Subron 50 prowled the approaches to Europe and scored several successes against both Axis shipping and submarines.  Their skippers were veterans of Pacific actions and, as the Atlantic is not as fruitful a hunting ground as the Pacific, the boats were returned to combat against the Japanese.  These were the only US submarines to operate in European waters during World War II.