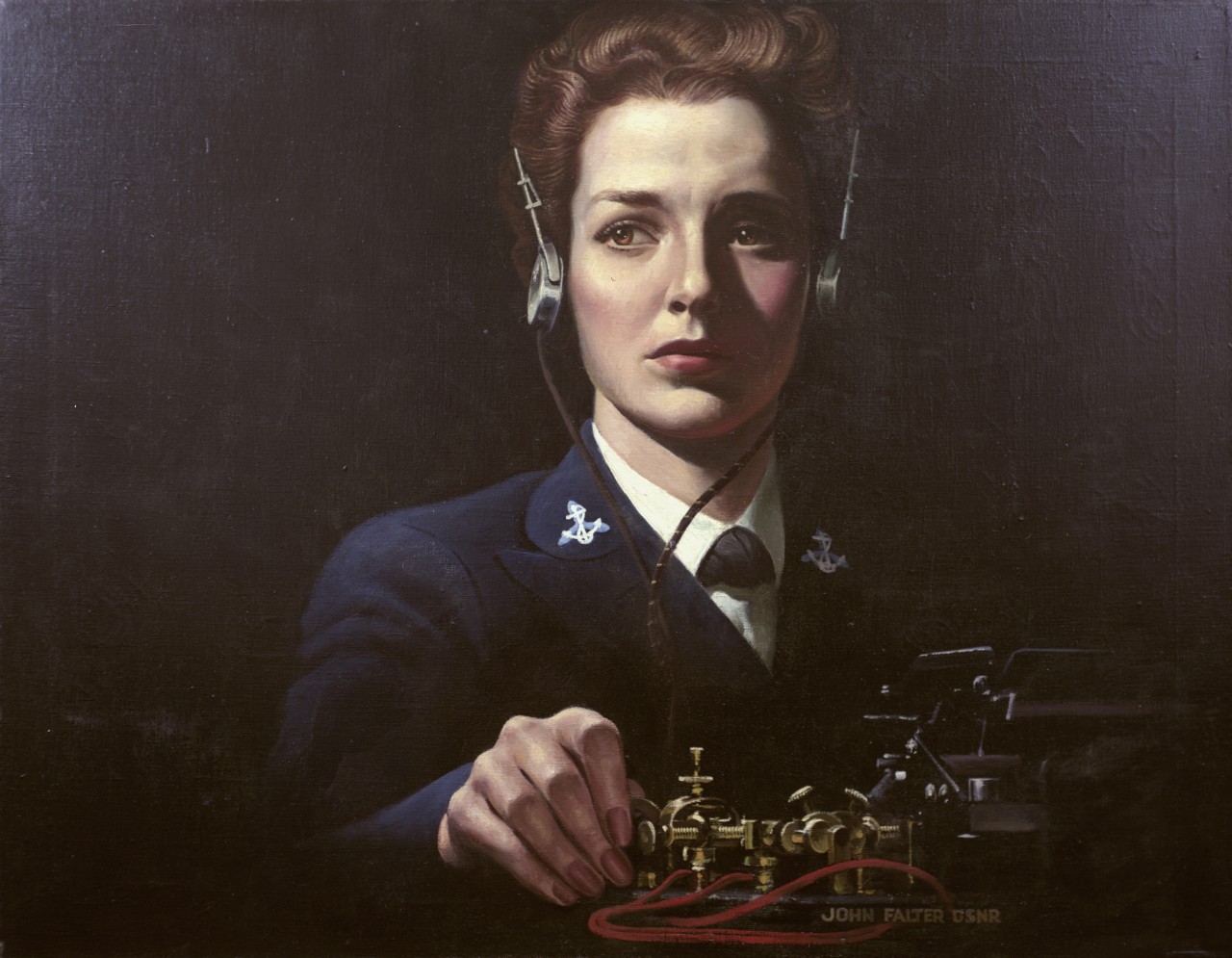 This woman operates a telegraph key. The Navy ran a school for radio personnel beginning in 1942. Research suggests that John Falter used a Naval photograph taken during March 1943 of Virginia L. Scott as the basis for this image. She is sending a message from the code room of the Radio School at Madison, Wisconsin. The Navy used this painting to print 40,000 posters, 71,000 window cards and 57,000 car cards in June of 1943.


Falter infused the subjects of his recruiting posters with striking expression. In the 1940s, a poster such as this one with its dramatic lighting, serious tone and portrayal of a woman performing a job formerly reserved for men would have caught and held a passerby's attention.