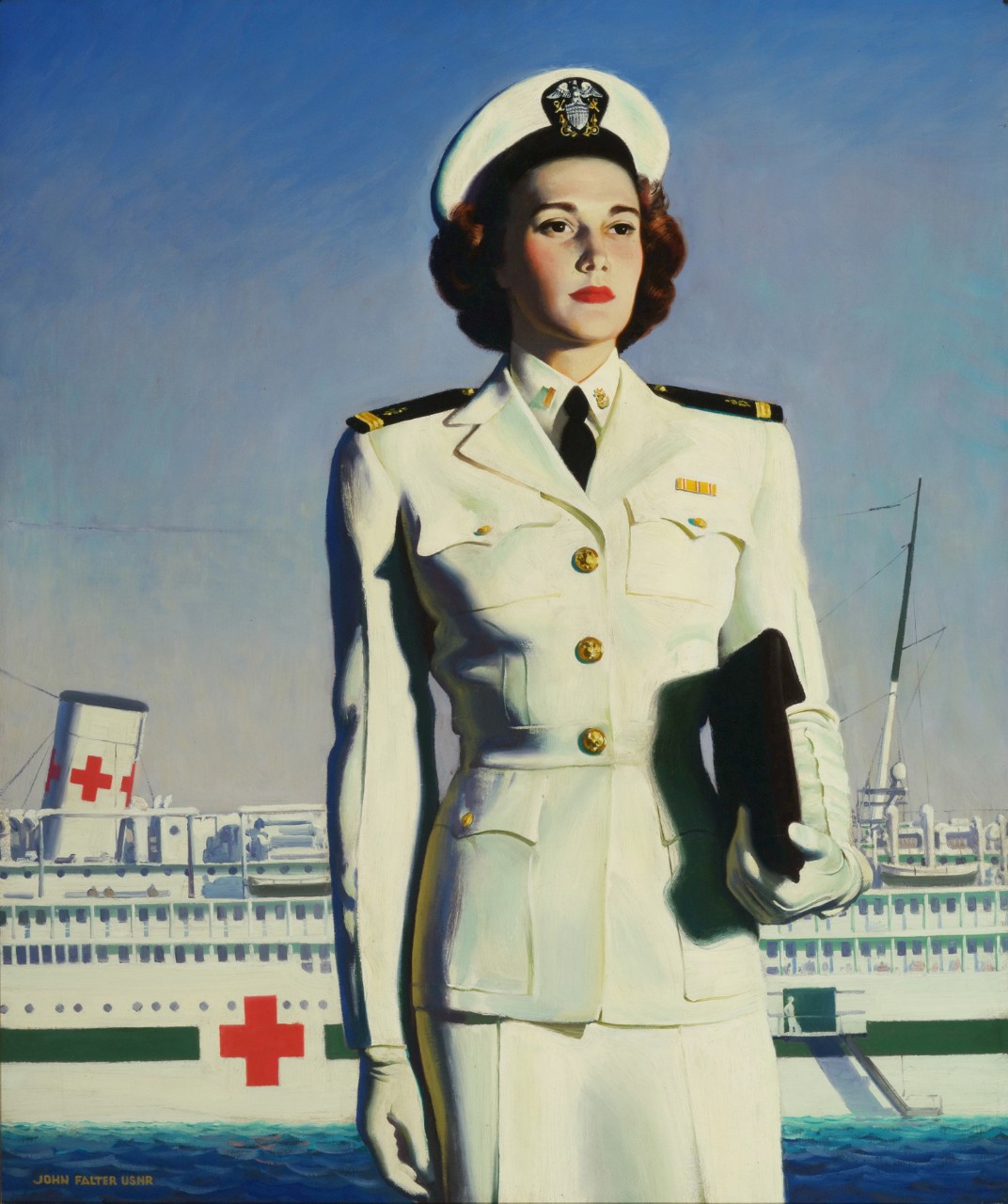 The single stripe on this WAVE's shoulder signifies that she is an Ensign. To meet wartime needs, some members of the Hospital Corps in the enlisted ratings were appointed to the commissioned ranks of Ensign, Lieutenant (Junior grade), and Lieutenant for temporary service.

Women who were recruited as officers had to be between twenty and forty-nine years of age and hold a college degree or have two years each of college and professional or business experience. The first female Navy officers of 1942 were indoctrinated in programs set up on women's college campuses, like Smith and Mt. Holyoke College. Specialized officer training for courses such as aviation ordnance training and air navigation took place alongside the men in their schools. It was not until 1972 that the Navy merged its men's and women's Officer Candidate schools. Women began attending the U.S. Naval Academy and the other service academies in 1976.