WAVE on a Wing of a Plane 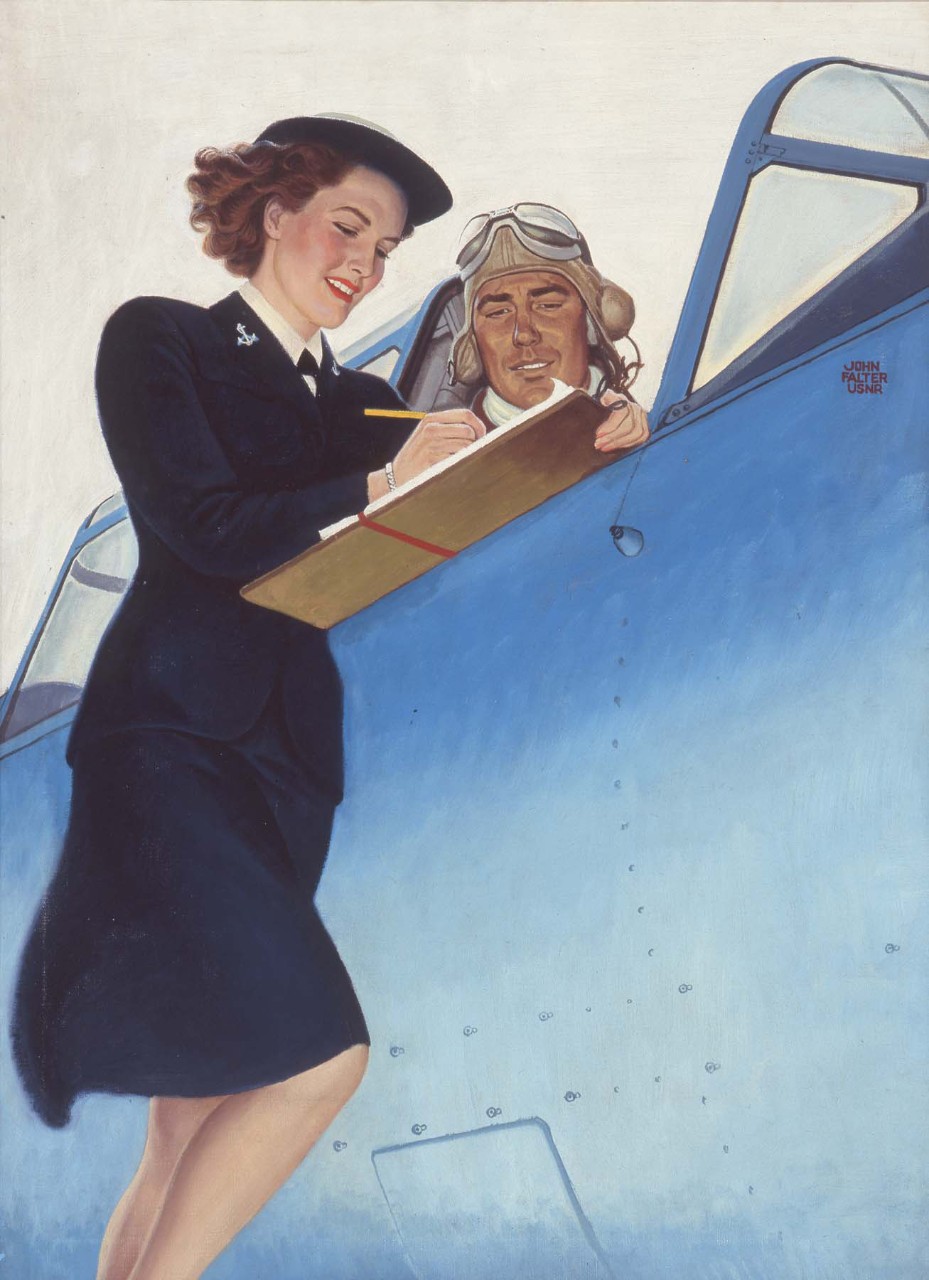 One of the most prolific and well-recognized artists to contribute to the Navy's recruitment campaign, especially the recruitment of WAVES, John Philip Falter created over 300 designs for Naval recruitment posters during WWII.

The Navy's Office of Facts and Figures (later called the Office of War Information) did not accept unsolicited designs for posters. Rather, the agency sent letters inviting widely respected artists to participate. Sketches were critiqued by the Recruiting Division, Officer Procurement Division and the Women's Reserve Office. Once a design was agreed upon, the artist painted it, as in these examples here.

The Navy was looking for educated, capable, virtuous, and feminine women. Accordingly, Falter's WAVES are simultaneously glamorous and serious. Obviously, many WAVES did not resemble the beautiful, perfectly-proportioned poster gals. The tactics employed by the Navy's recruiting bureau in the posters mirrored those of national advertisements and mass media at the time.