Tim Taylor, an ocean explorer and the founder and president of the Lost 52 Project, continues to remember and honor those lost with the 52 submarines during World War II. 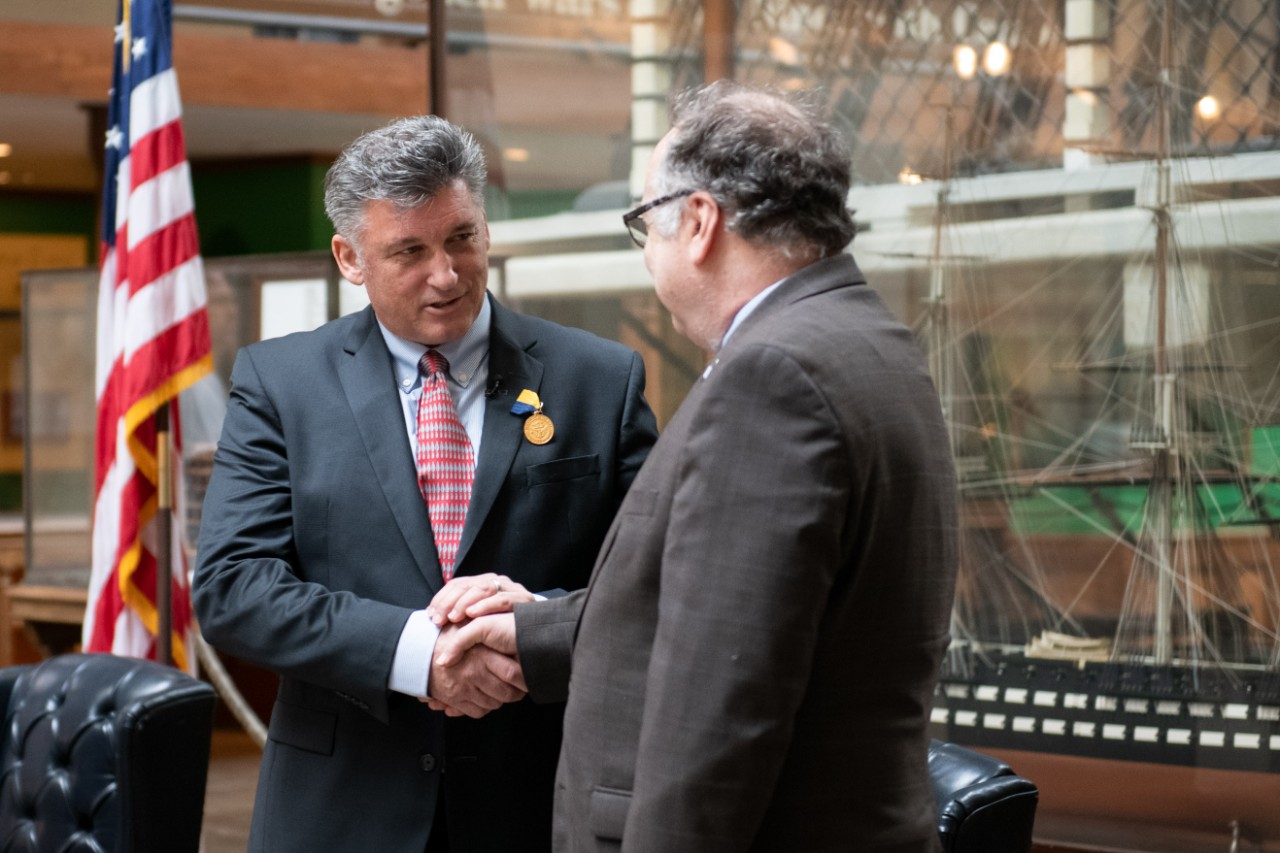 “We, who survived World War II and were privileged to rejoin our loved ones at home, salute those gallant officers and men of our submarines who lost their lives in that long struggle,” said Fleet Admiral Chester W. Nimitz about the 52 submarines, with 374 officers and 3,131 enlisted men, lost during World War II. “We shall never forget that it was our submarines that held the lines against the enemy while our fleets replaced losses and repaired wounds.”

Over 50 years later, Tim Taylor, an ocean explorer and the founder and president of the Lost 52 Project, continues to remember and honor those lost with the 52 submarines during World War II.

To recognize Taylor’s work in researching, discovering, and memorializing the lost submarines, the director of Naval History and Heritage Command presented the Navy Distinguished Public Service Award to Taylor during a ceremony May 24 at Washington Navy Yard. 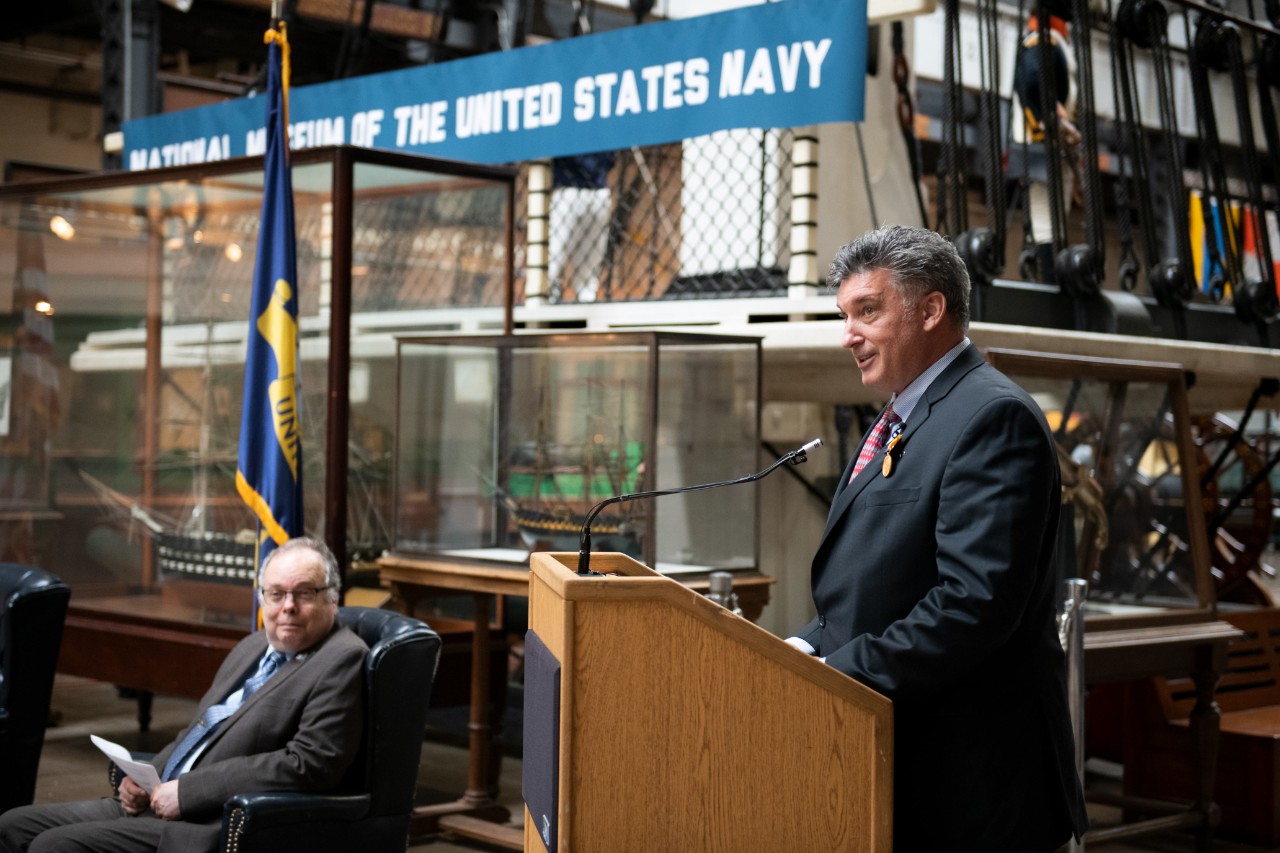 During his remarks at the ceremony, NHHC Director Samuel J. Cox, a retired U.S. Navy rear admiral, explained the significance of the award, emphasizing the impact of Taylor’s work in founding and leading the Lost 52 Project, through which Taylor has discovered six submarines.

“Tim Taylor’s work and service is of immense value to the United Stated Navy,” said Cox. “Through his work, Taylor has contributed not only to the legacy of Sailors’ heroism and sacrifice, but also to the families of these lost Sailors by providing answers and closure to what happened to their loved ones.”

The Lost 52 Project and Taylor’s work help honor the men who served on the submarines, their memory, and their mission. As stated on the Lost 52 Project website, “Our mission objective is to provide the fullest possible documentation and accounting of these locations for our missing WWII Navy Sailors, their families and the nation.”

“Every man we find is connected to a family, and each family has lived with the hope that one day they will know the final resting place of their loved ones,” said Taylor during the award ceremony. “It is our (Lost 52 Project) hope, and it is my hope, that the work and these discoveries are the peace and closure to these families.” 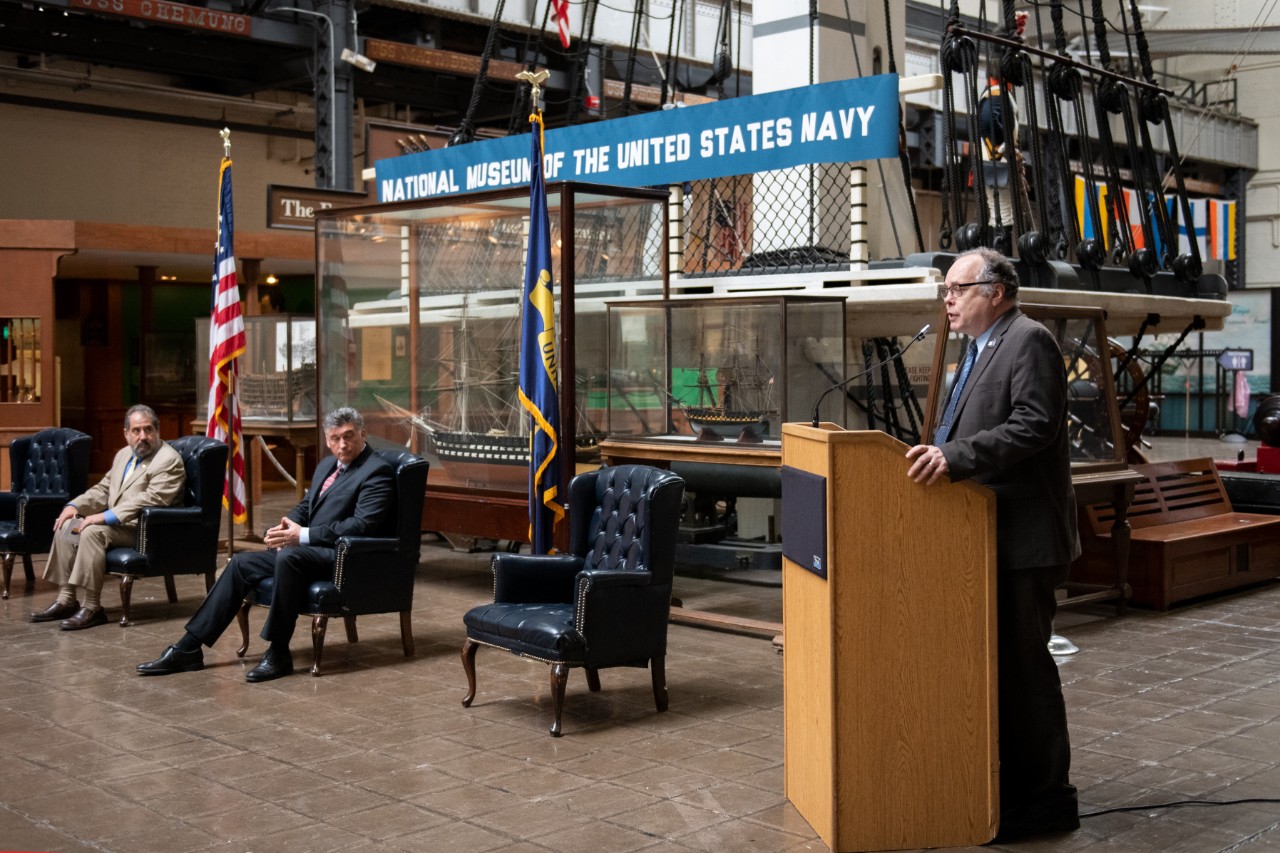 The award recognized two of Taylor’s six discoveries, specifically USS Grayback (SS-208) and USS Stickleback (SS-415). Grayback, discovered in June 2019, was sunk with its entire crew on board by a Japanese carrier-based bomber on Feb. 27, 1944, south of Okinawa, Japan. The project led by Taylor has discovered submarines, such as Stickleback in March 2020, that were lost at times other than during World War II. Stickleback, one of four U.S. submarines lost during the Cold War, sank in 1958 after losing power during a war-game exercise 19 miles off of Oahu, Hawaii.

The Navy Distinguished Public Service Award, established in 1951, is the highest honor for which non-Navy employees can be awarded. Signed by the U.S. Secretary of the Navy, it honors individuals who have carried out acts of valor or heroism or who have demonstrated exceptionally outstanding service of substantial and long-term benefit to the Navy, Marine Corps, or the Navy as a whole.

NHHC, located at the Washington Navy Yard, is responsible for the preservation, analysis, and dissemination of U.S. naval history and heritage. It provides the knowledge foundation for the Navy by maintaining historically relevant resources and products that reflect the Navy's unique and enduring contributions through our nation's history, and supports the fleet by assisting with and delivering professional research, analysis and interpretive services. NHHC is composed of many activities including the Navy Department Library, the Navy Operational Archives, the Navy art and artifact collections, underwater archeology, Navy histories, 10 museums, USS Constitution repair facility and the historic ship Nautilus. 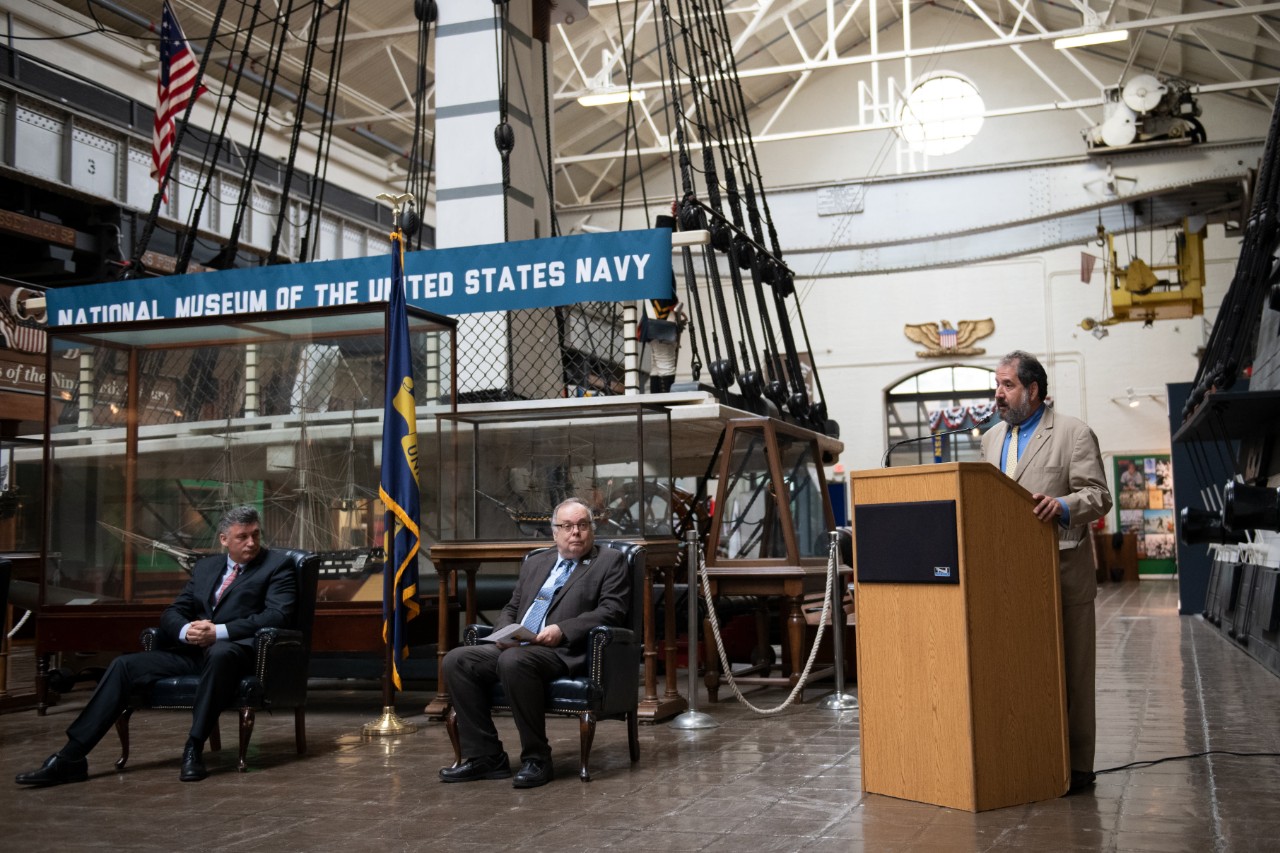 WASHINGTON NAVY YARD (May 24, 2021) The Honorable Paul Strauss, District of Columbia senator, gives opening remarks during an award ceremony May 24 at Washington Navy Yard for Tim Taylor, founder and leader of the Lost 52 Project. Taylor received the Distinguished Public Service Award for his work in the Lost 52 Project, which is researching, discovering, and memorializing the 52 submarines lost during World War II. (U.S. Navy photo by Mass Communication Specialist 2nd Class Abigayle Lutz)