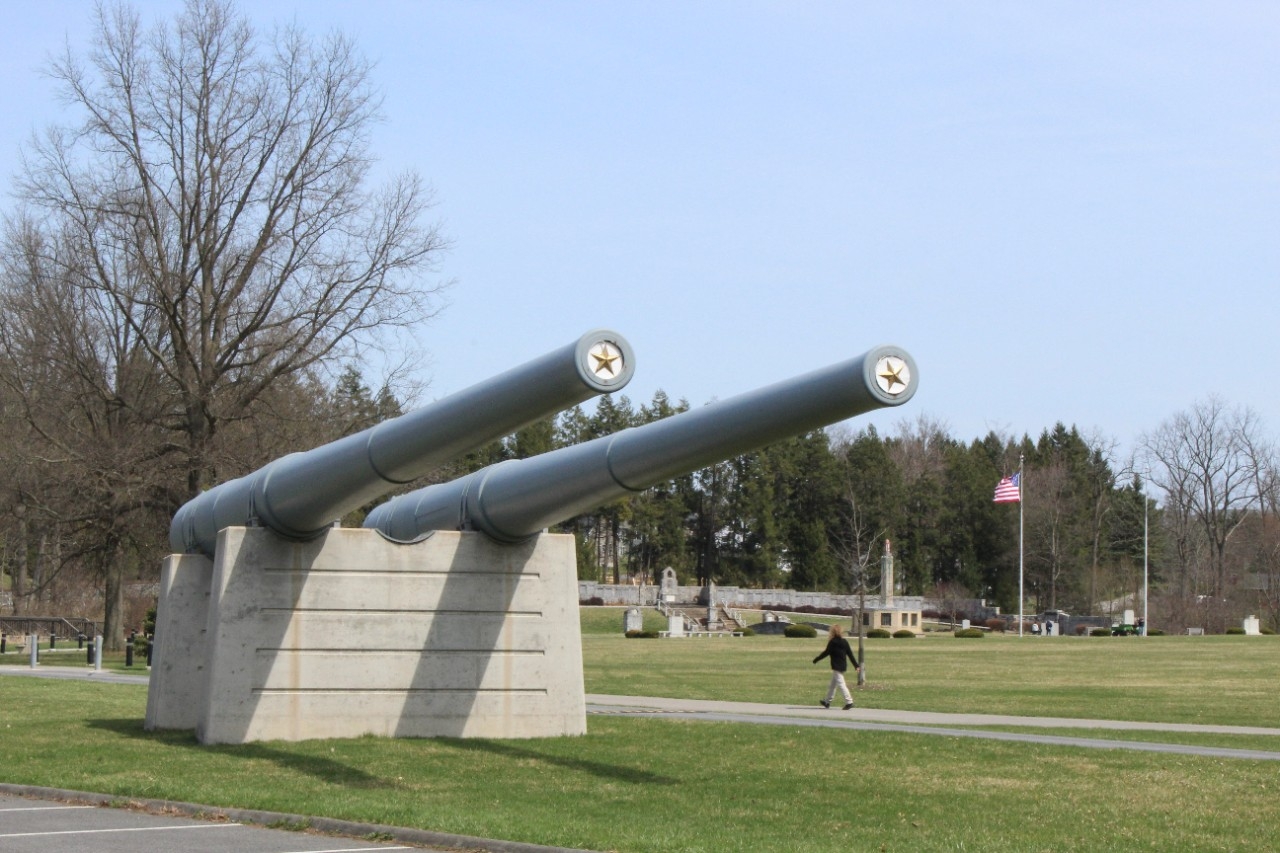 The first 14-inch/45 caliber guns entered service with the US Navy in 1914 aboard the New York-class battleships. USS Pennsylvania (BB-38), laid down in 1913 and commissioned on 12 June 1916, carried twelve of the guns in four triple mount turrets as her main battery. At the time of their introduction, the 14-inch/45 caliber guns were the most powerful naval ordnance afloat and could fire a 1,400 lbs armor-piercing projectile 23,000 yards. The guns used smokeless powder as a propellant and fired separately loaded ammunition with the propellant charges in silk bags.

Manufactured in 1912 by the Midvale Steel Company of Philadelphia and the U.S. Navy Gun Factory in Washington, DC, the guns are of built-up construction. The barrel consists of an inner tube, an outer jacket and eight hoops assembled under extreme heat and pressure to allow the gun to resist the stresses of the expanding propellant gases during firing. The exterior of the guns show three steps along their length and the barrels taper significantly towards the muzzle, ending in a bell shaped muzzle. The guns used a hinged Welin stepped, interrupted screw breechblock opened with a Smith-Asbury mechanism, the latter invented by Dorsey Frost Asbury in 1916 at the Naval Gun Factory in the Washington Navy Yard.

The barrels began life as Mk 1 14-inch/45 caliber guns. During the 1930s, both barrels were modified to the Mark 8s which included expanding the volume of the gun’s chamber to allow for increased propellant charges, which increased the muzzle velocity and, therefore, the range. These Mark 8 barrels were installed aboard the ship during a 1940 overhaul. One was installed in turret 1, the other in turret 2.

As part of the main battery, these guns were responsible for bombarding shore targets and engaging with enemy ships. During the Japanese attack on Pearl Harbor on 7 December 1941, the Pennsylvania was in dry-dock. Only the ship’s anti-aircraft guns were brought to bear on the attackers; her main batteries remained silent since they were ineffectual against fast-moving targets. These guns would come into play when she supported operations during the campaigns for the Aleutian Islands, the Marshalls and Marianas Islands, Saipan, Guam, Peleliu, and the Philippines. During the Battle of Leyte Gulf, she was the last in the line of battleships when the American fleet performed the “crossing the T” maneuver against the Japanese fleet. Following the battle, she supported the US Army landing operations at Lingayen Gulf.

Her main and secondary batteries fell silent in early 1945 when she underwent a major overhaul to replace her worn out guns. These two barrels were removed at that time. They were relined and modified with chromium plating in the bore to increase the life of the barrels, resulting in the Mark 12 designation. They went into storage at the Naval Surface Warfare Center in Dahlgren, VA to be used for the next ship requiring regunning. The war ended before they were recalled into service. The barrels remained in storage for another 50 years. 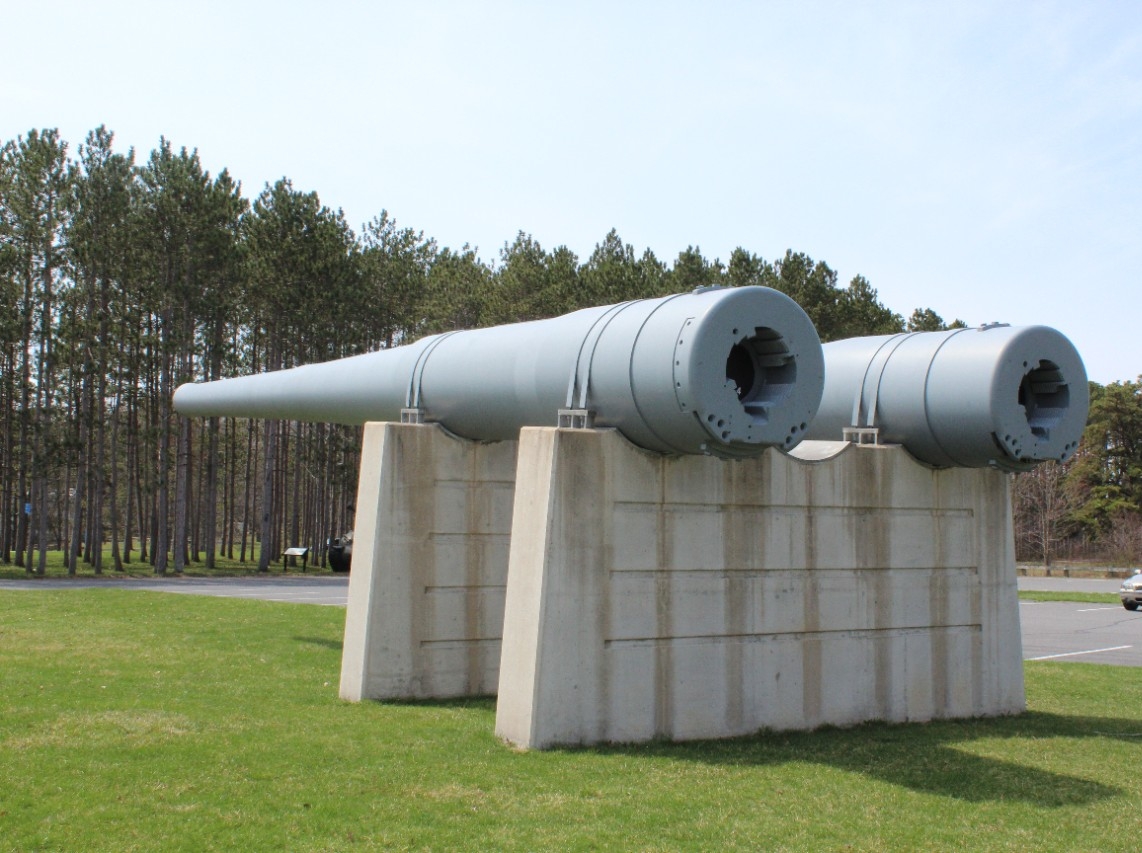 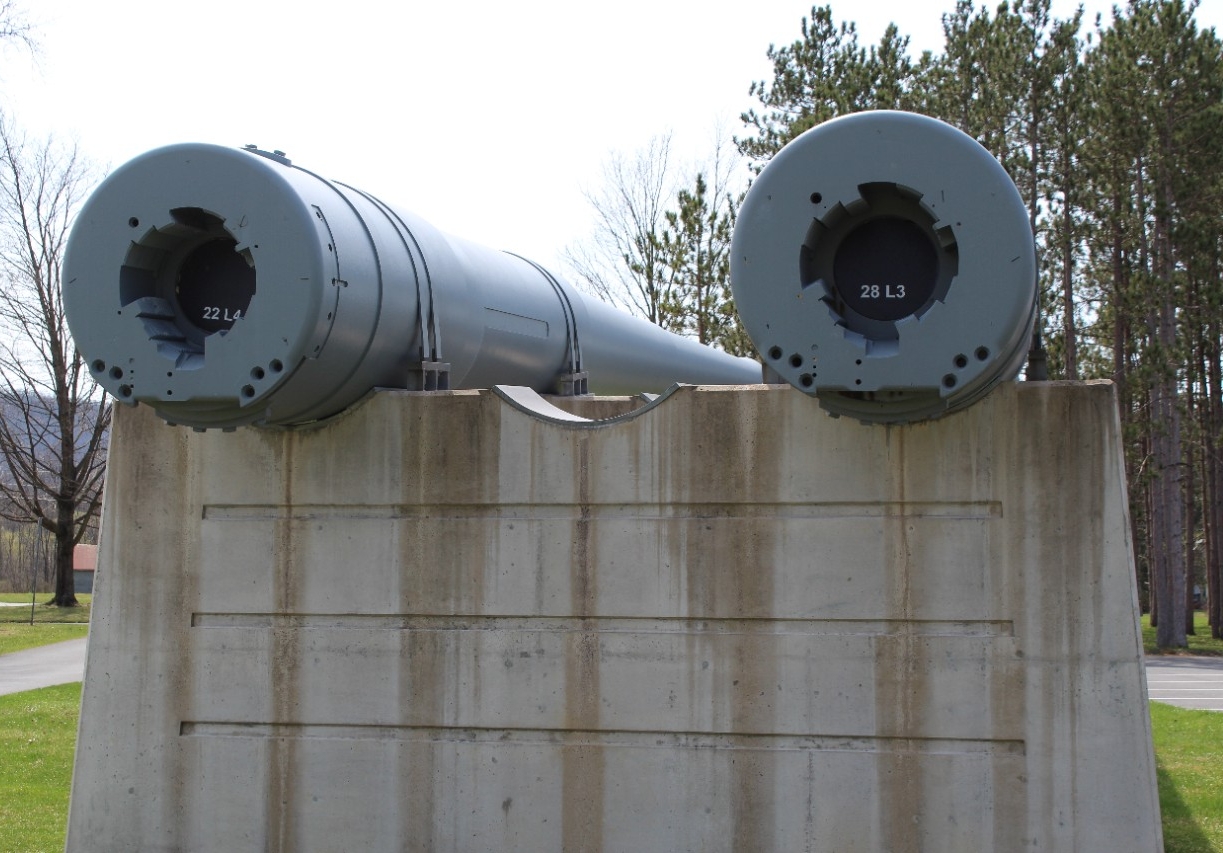 The left barrel in the above photo was manufactured at the Midvale Steel Company in Philadelphia, PA. Its serial number is 22L4, as seen in the photo on the right. The right barrel was manufactured at the U.S. Naval Gun Factory at the Washington Navy Yard in Washington, DC. Its serial number is 28L3. The breech face of both guns is metal-stamped with the manufacture and modification data, though the paint makes it difficult to read. 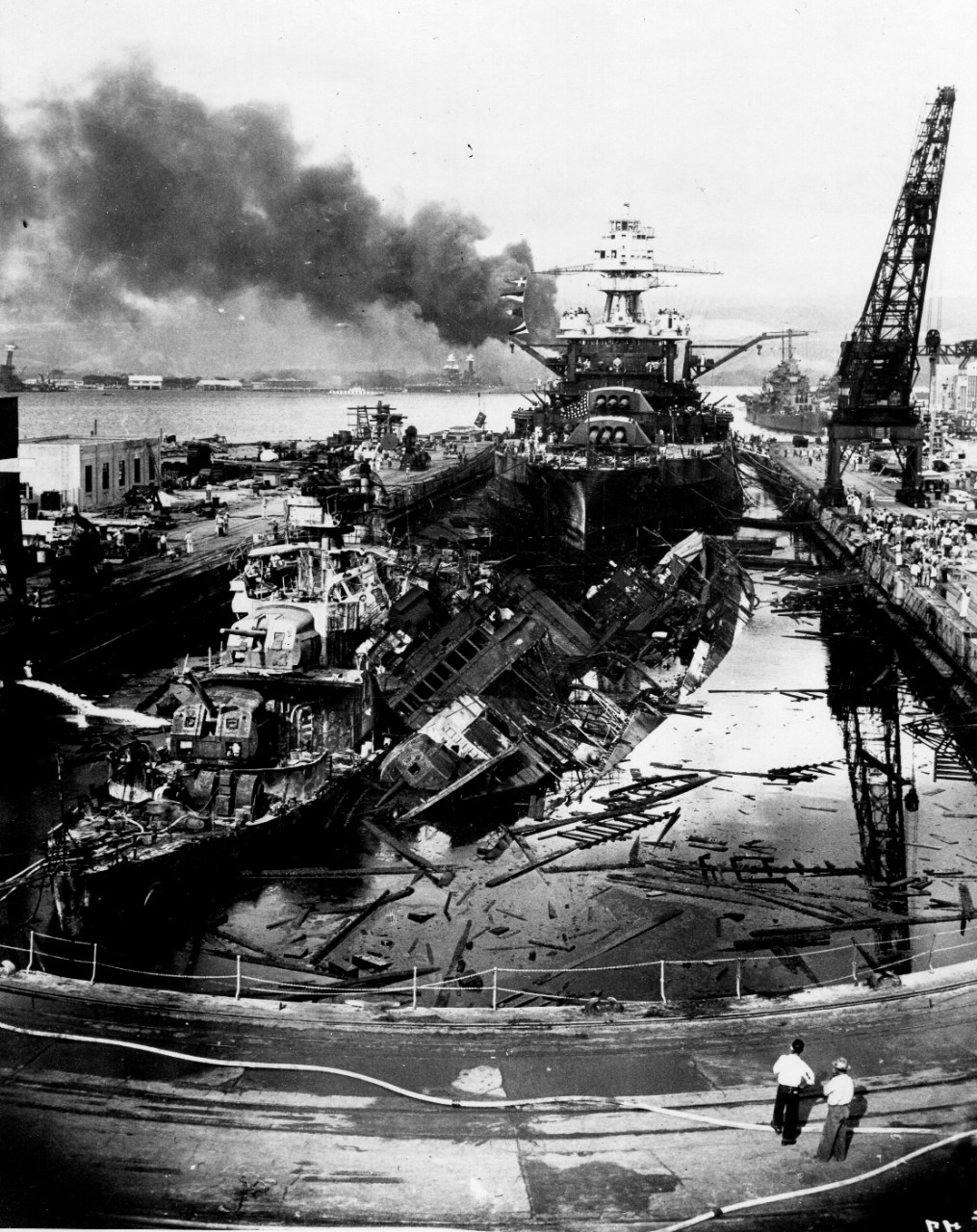