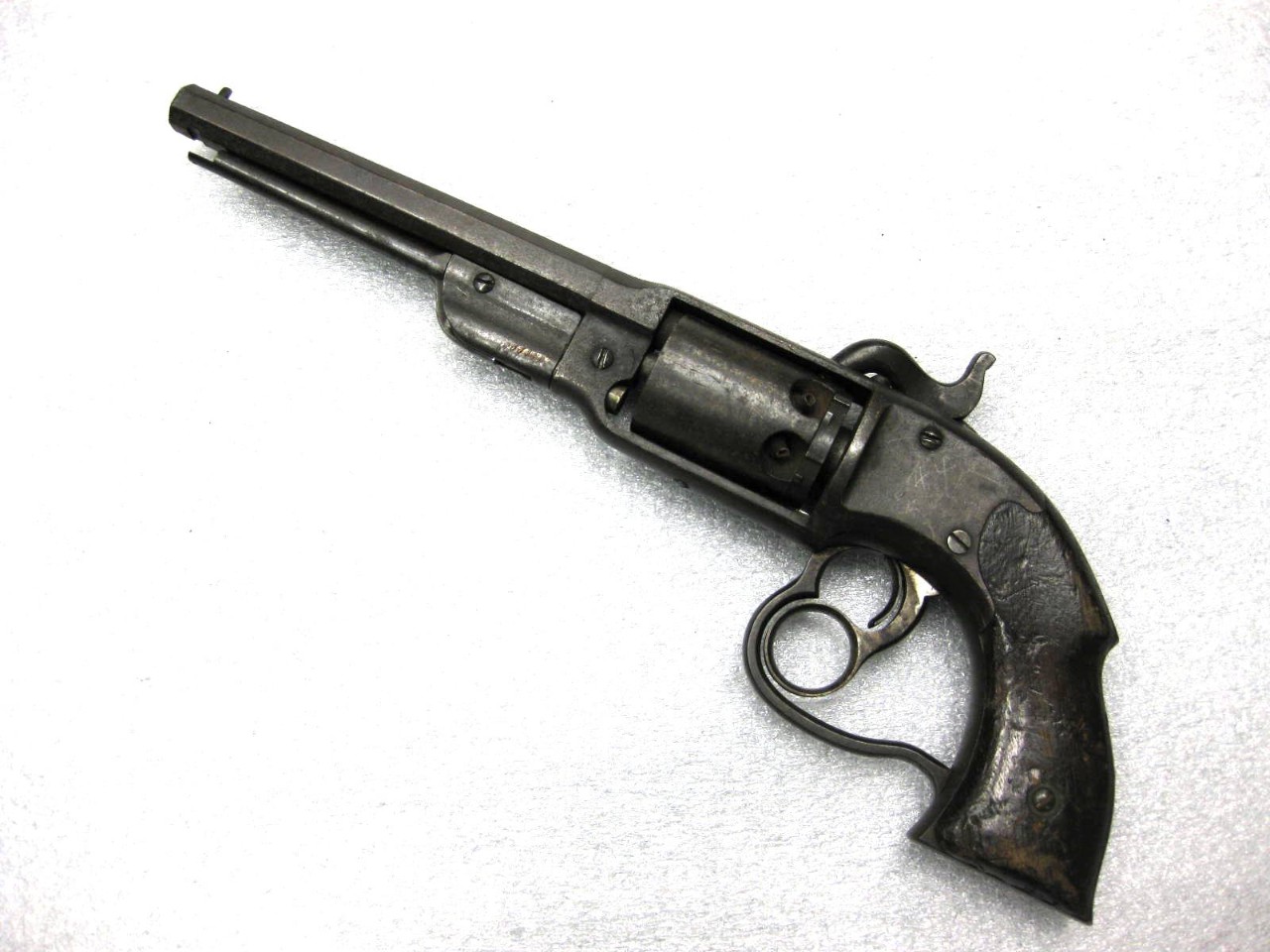 One large frame .36 caliber Savage-North percussion revolver. Six-chamber cylinder with six percussion nipples. The cylinder is unmarked with cylinder stops along the rear rim of the cylinder. It has a two-piece wood grips attached to the frame, secured by one screw. It has a heart-shaped trigger guard with ring trigger and spur trigger that act as a pseudo-double-action. The spur hammer is mounted on the top right frame and strikes at the top center. There is a blade front sight and a notch rear sight under the hammer. Octagon-shaped, rifled barrel. There is a hinged loader under the barrel with a release clip under the muzzle. The top of the barrel is marked “Savage RFA. Co. Middletown. CT / H.S. North Patented June 17 1856 / January 18 1859. May 15 1860.”

The US Navy initially received 300 of the unique Savage-North Percussion Revolvers in 1860. An additional 800 were ordered in 1861. Designed by Henry S. North and Edward Savage, this revolver was produced by the Savage Revolving Firearms Company from 1861 to 1862. This design was an early attempt at a double-action revolver. The lower ring cocking lever cocks the hammer and rotates the cylinder while the upper trigger releases the hammer, thereby firing the weapon. The weapons were overly complex and not well received by sailors. Consequently, they saw limited use during the Civil War.