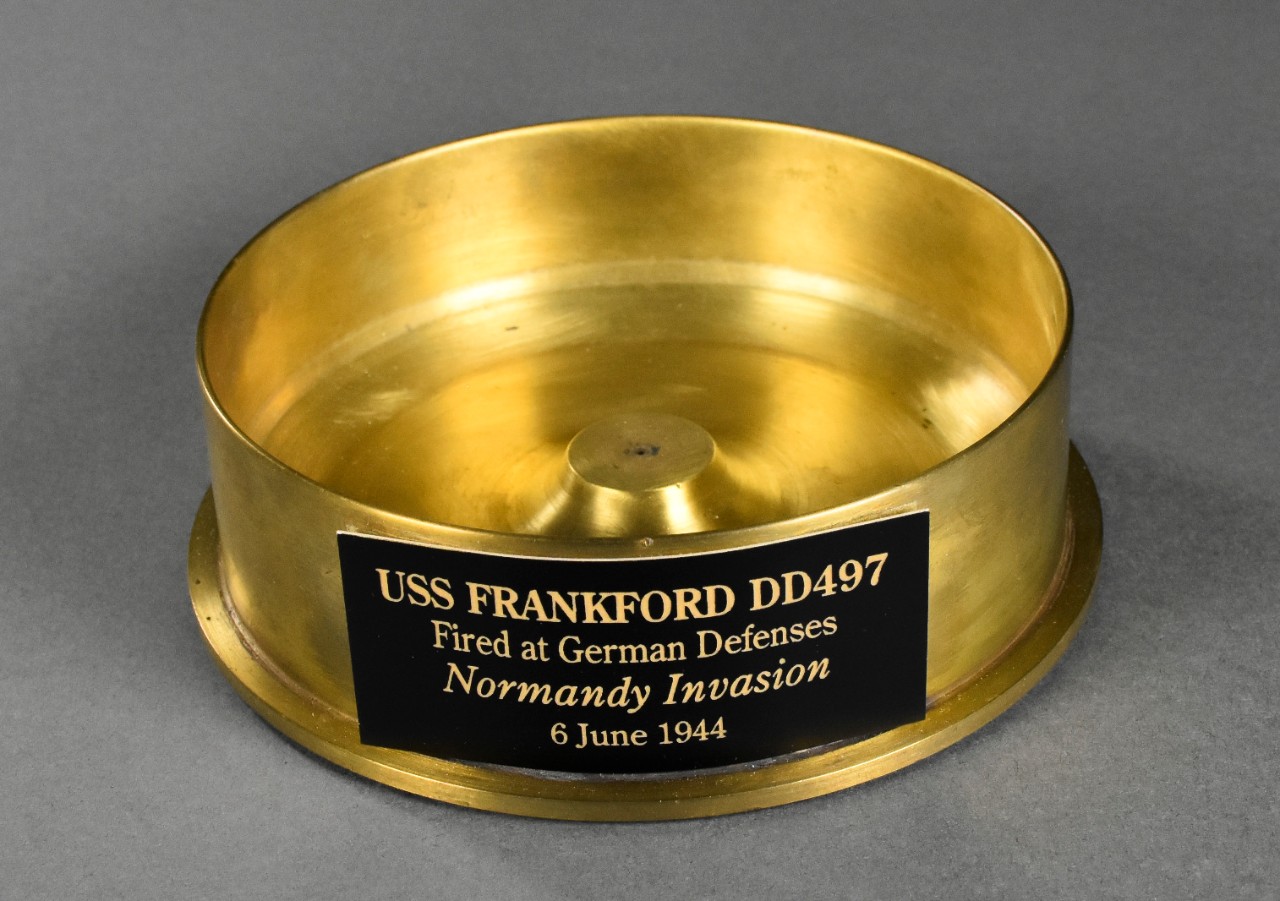 Brass base of a 5”/38 caliber cartridge case. There is a black plastic sign affixed to the front reading “USS Frankford DD497 / Fired at German Defenses / Normandy Invasion / 6 June 1944.”

The USS Frankford (DD-497) served as the flagship of Destroyer Squadron (DESRON) 18 during Operation Neptune, operating off the coast of Omaha beach. Her objective was to bombard the heights overlooking the landing beaches to soften the area in preparation for the troop landings. As the assault landings began on the morning of 6 June 1944, the mission soon went awry. The fire from the German guns was intense, mowing down large concentrations of troops and pinning down the rest. In a daring move, Frankford and some of her sister destroyers came in close to the beach, nearly grounding their ships, in order to locate the German emplacements. According to a story recounted by an officer aboard the Frankford, once near the beach, she was too close to use the rangefinders on her guns. Noticing a tank mired on the beach firing into the bluffs overlooking the beach, Frankford directed her guns to the tank’s target. The tank operator popped his head out of the tank, waved to the ship, and dropped back into the tank to continue directing fire for the Frankford’s guns.

The continuous bombardment from Frankford and the other ships helped to secure the landing beaches and open up an escape route from Omaha beach, allowing the troops to move forward with their objective. This piece of a cartridge case is from one of the 5”/38 shells fired during Frankford's bombardment during the D-day landings as part of Operation Overlord. 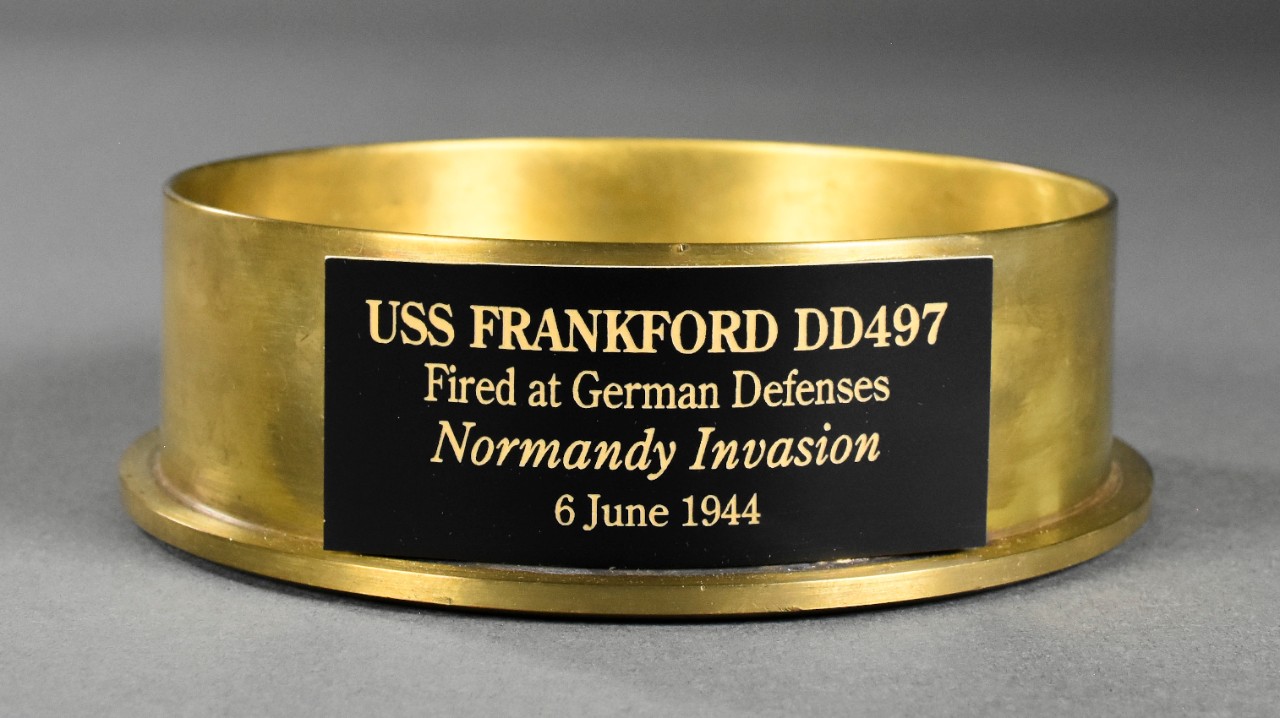